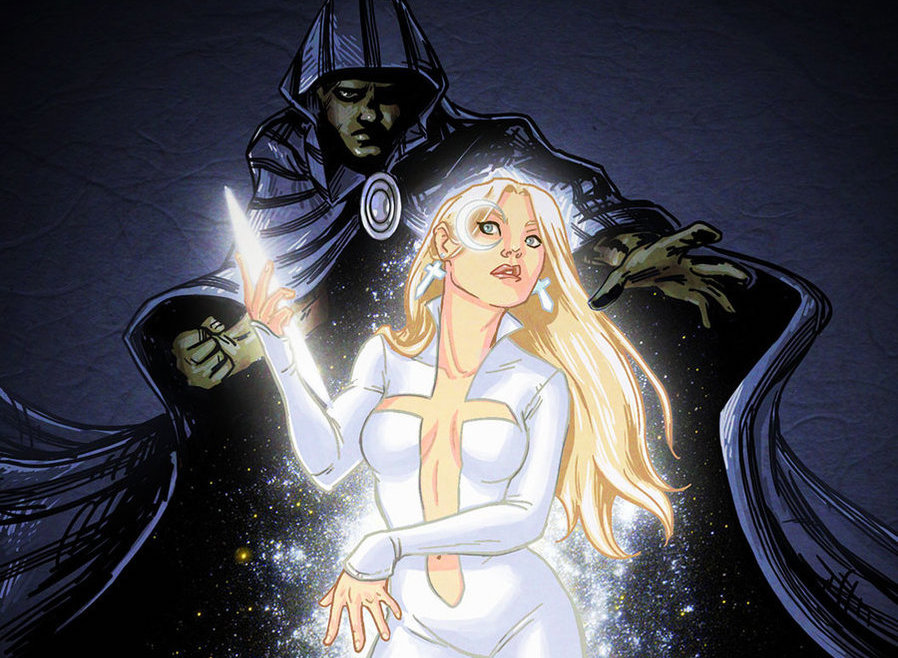 When Marvel Comics’ Cloak And Dagger comic book series first hit the streets and the newsstands in 1983, the super-powered vigilante duo pushed quite a few buttons, but never quite got much traction. Now that Cloak & Dagger, the television series, is set to debut this June, will swirly capes and snug white jumpsuits be flying off the shelves by August? Tough call: there’s plenty about the pair that make you go, “hmm.” 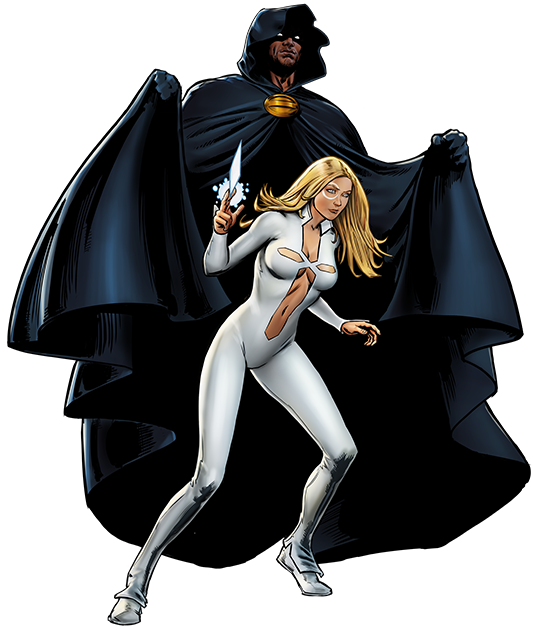 Start with that origin story: No radioactive bug bites or freak lab accidents for these heroes. Instead, our young runaways got their powers when they were kidnapped and injected with a synthetic heroin. From that point on, their adventures were drenched in drugs and addiction. There were no colorful monologue-ing super-villain nemeses, either, at least in the beginning. Cloak and Dagger spent their nights hunting down drug dealers and, well, killing them. 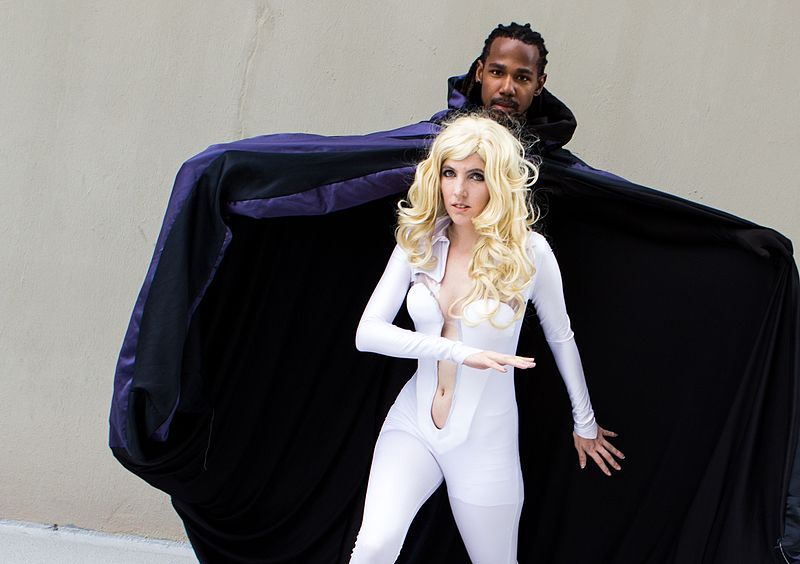 The duo’s co-creator writer Bill Mantlo had some things he wanted you to know about class and race, and he wasn’t leaving anything to chance. His pairing of Cloak, aka Boston street kid Tyrone Johnson (really?) and li’l Miss Midwestern Ballet-Dancer Rich-Girl Tandy Bowen (really?!) was the most heavy-handed set-up since DC’s Vietnam era Hawk and Dove. 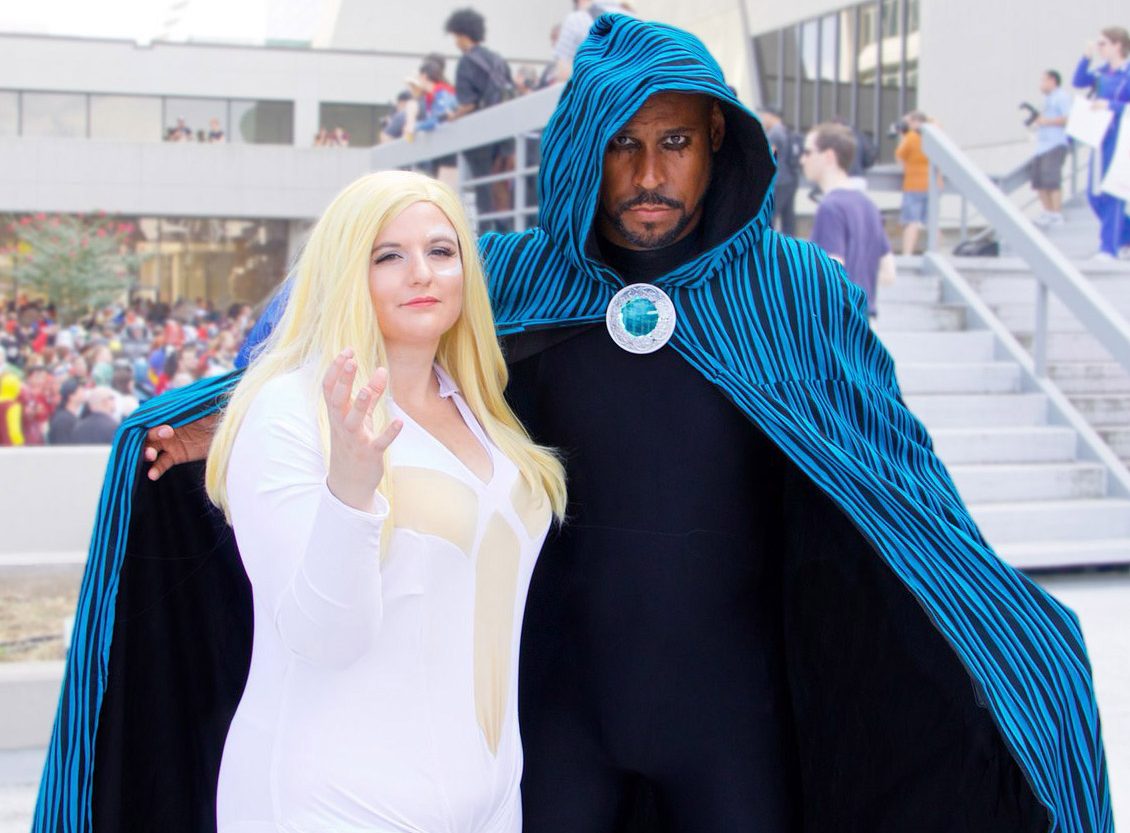 Religious imagery and undertones were piled higher and deeper than the potato salad at a church supper, while the metaphors and mutterings concerning “the Light and the Dark” became just so much background noise very quickly. The fact that the pair never seemed to consummate their relationship, with Tyrone instead sating his darkness by “feeding” from Tandy’s light managed to keep everything chaste, but somehow even ickier. 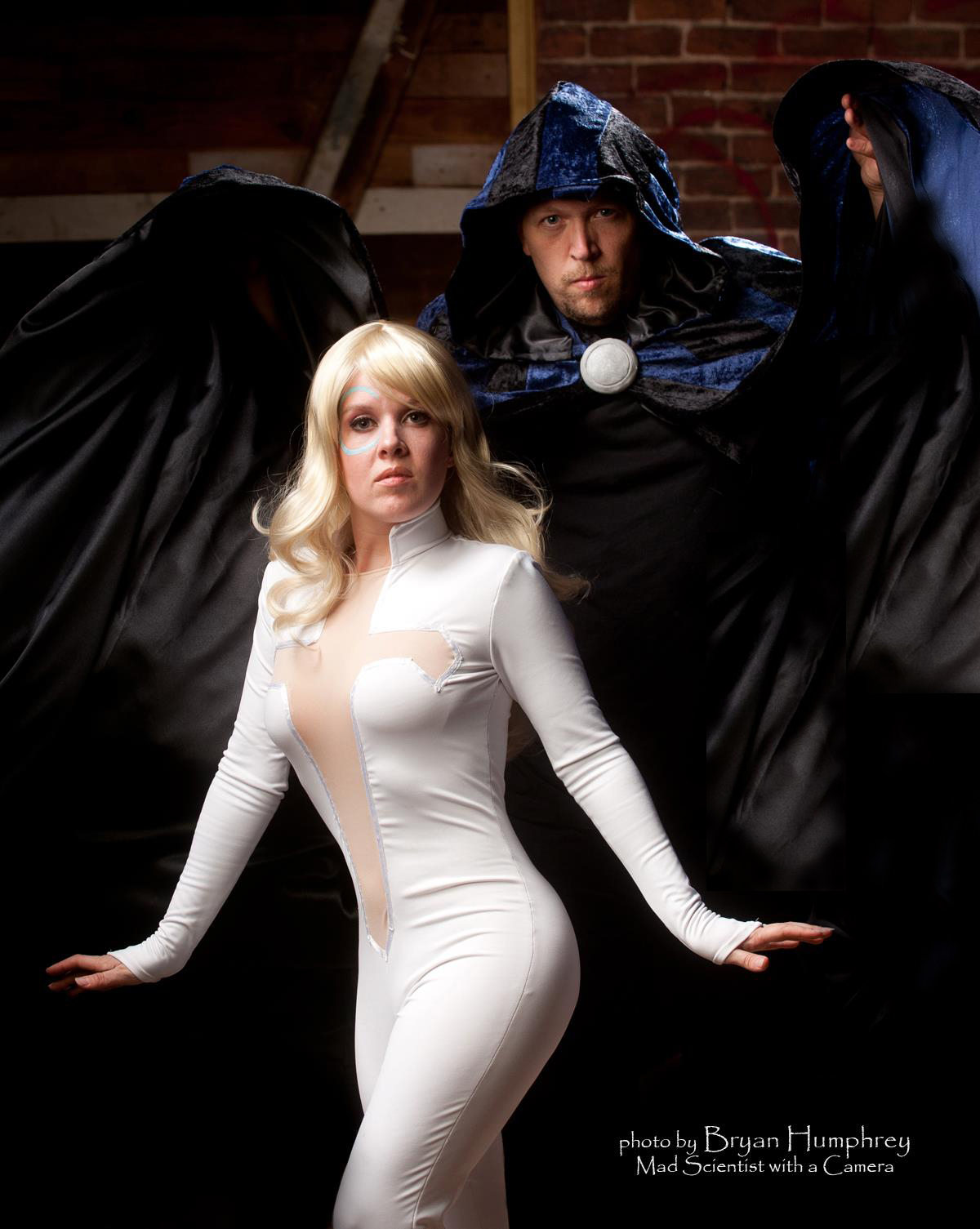 cosplay by Leah and Charlie – photo by Bryan Humphrey

Cosplayers have co-creator artist Ed Hannigan to thank for Dagger’s improbably-cut leotard. Thirty-five years on and still no one knows what keeps it up and in place (we’re guessing centrifugal force). As for Cloak’s cloak, most comic book artists did a fine job of not quite delineating where The Darkness ended and The Fashion began, and veteran cosplay photographer Wes Smith, The Portrait Dude, managed to capture that nicely on his collaboration with Knightmage and SuperKayce. 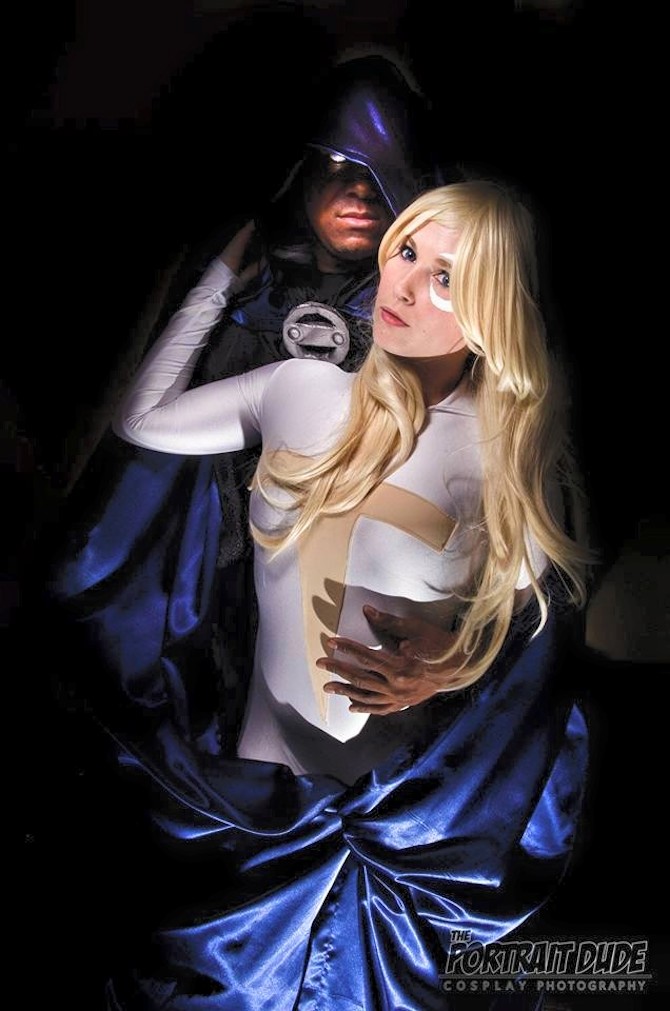 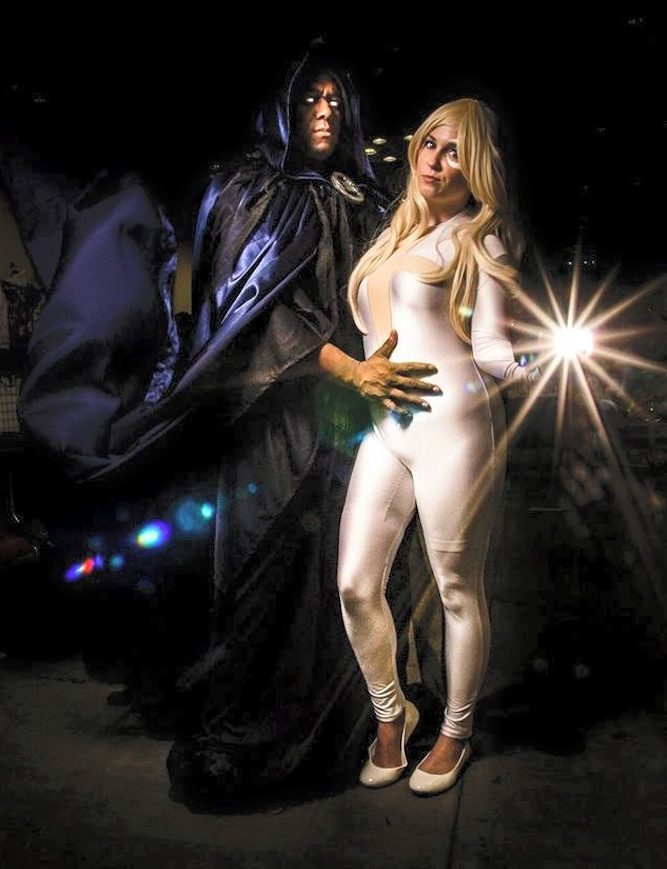 We were never quite a hundred percent ready for Cloak and Dagger back in the day – and neither was Marvel. After enjoying a small spike of success following their debut in 1982’s Peter Parker, The Spectacular Spider-Man #64, they were given their own series which tanked soon after. Writers and editors bounced them around in guest spots from book to book, even giving them a shot again in their own series entitled The Mutant Misadventures of Cloak and Dagger in a cynical attempt to cash in on the era’s mutant mania. Nothing worked for very long. 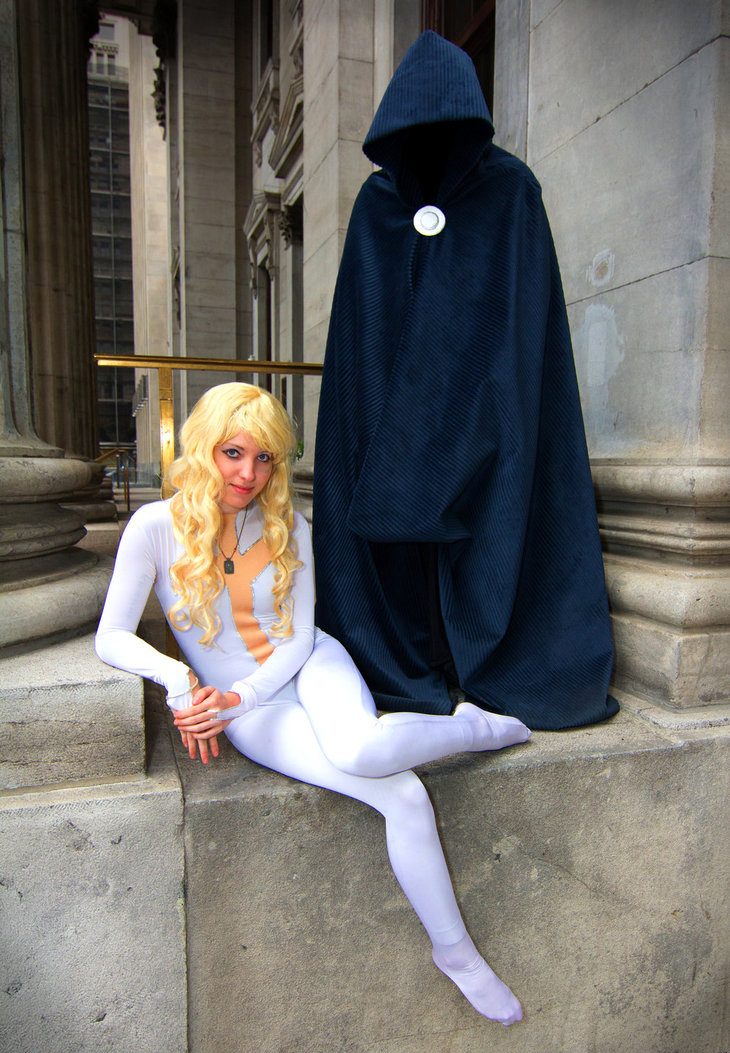 cosplay by Suspicious Tumbleweed and Raph

But it’s a new era, and a new medium. Will our heroes enjoy the sweet success on the small screen that was just out of reach on the newsstand? Before you start comparing their situation to that of fellow Marvel C-lister, Jessica Jones, remember that this bit of original TV programming isn’t originating on Netflix or even The CW. Cloak & Dagger the TV series is scheduled for Freeform TV, formerly ABC Family, formerly Fox Family Channel, formerly The Family Channel. Coming-of-age dramas may be right in their wheelhouse, sure, but angsty, vengeance-obsessed drug-fueled vigilantes? Perhaps not so much, but we’ll be rooting for them nevertheless. And based on images released so far, it appears the costumes will be considerably less crazy as well. 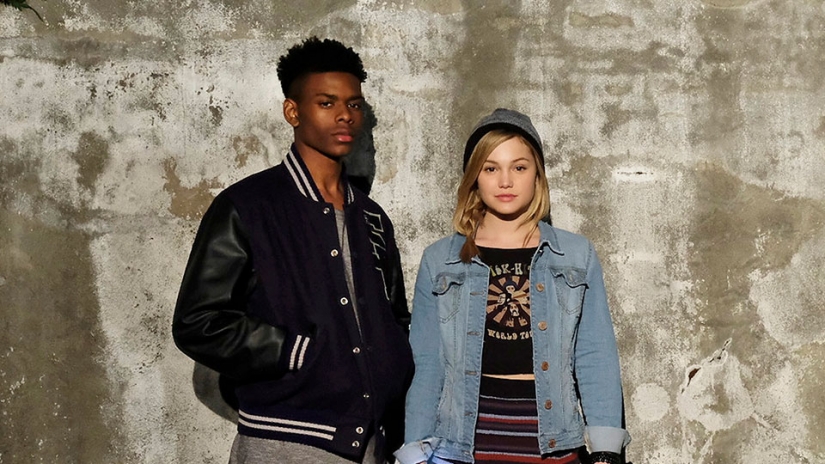 Cloak & Dagger, produced by ABC Signature Studios and Marvel Television, will star Olivia Holt and Aubrey Joseph as Tandy Bowen and Tyrone Johnson. The first of 10 episodes will premiere on June 7, 2018. 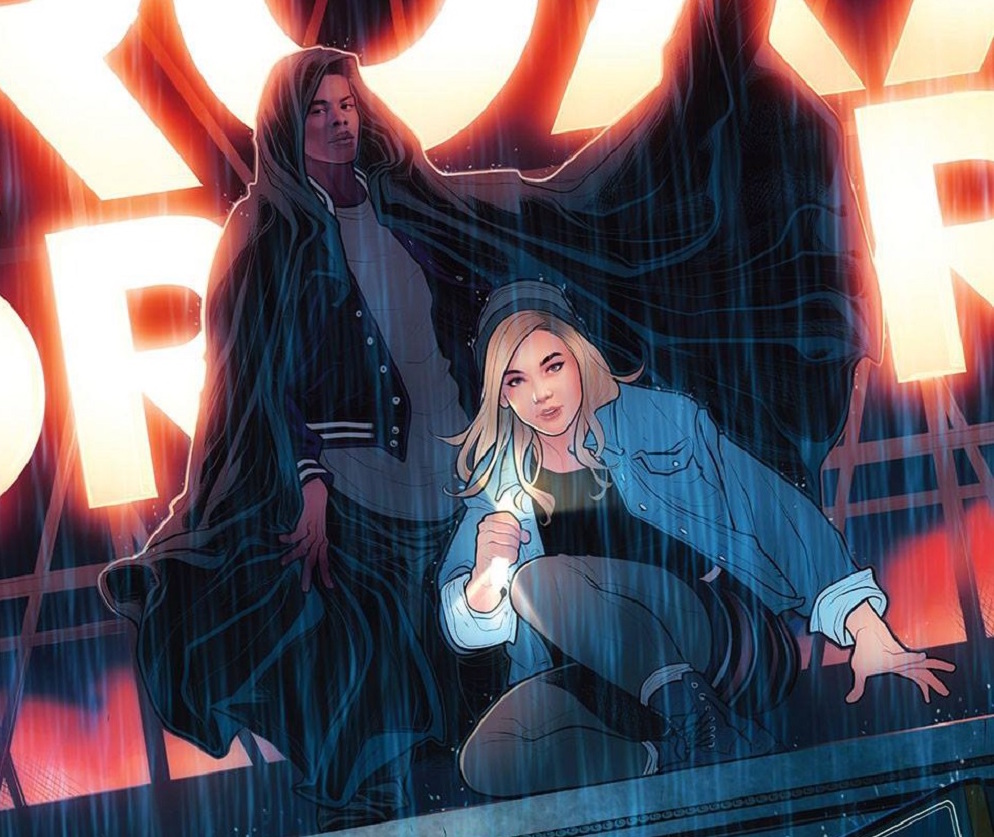