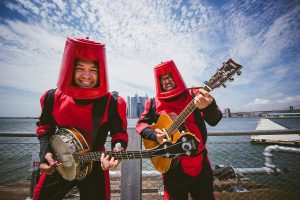 Walking down the streets of Brooklyn are General Trius and the Mighty Kevin, two high-ranking officials of the Hondonian Army, whose primary mission is the destruction of Earth’s entire population, to prepare the way for invasion by their home planet. Their pace is surprisingly casual, unconcerned by the stares of onlookers and passersby. They are wearing bright red uniforms and space helmets, and they carry an acoustic guitar and banjo.

Actually, the two gave up their deadly mission when they discovered music, a thing unknown on their homeworld of Hondo, and formed an acoustic duo they call “Future Folk” to play space-themed bluegrass songs. A film documenting these events was released in 2012, called “The History of Future Folk”, but fortunately for Earth, it was mostly fiction. Thanks to the continued success of the film, in part due to film festivals and streaming services like Netflix, the pair have generated a small but growing and dedicated fan base, who show up to gigs and screenings in full DIY Hondonian costume. 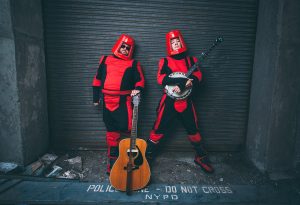 Future Folk is the brainchild of Nils d’Aulaire and Jay Klaitz, musician and actor, respectively, and two of the most positive and personable people you’d ever want to meet. Originally conceived as a musical comedy act to entertain their circle of friends in 2004, Future Folk has since snowballed into a small cult following with no signs of stopping. Over the years they have taken DIY and Cosplay to a new level, creating their own rich mythology, which continues to evolve with each new iteration and development. In addition to gigs and film, Future Folk have released digital albums and are currently publishing a fan-illustrated coloring book. They are amazed as anyone that this unplanned project took off as well as it did, being one of a number they had going on at the time. “We were doing all kinds of weird and creative things”, says Nils, “and never would have guessed that of all the projects we were working on, this would be the one to go the distance and live to see ten years plus.” 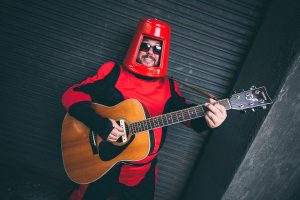 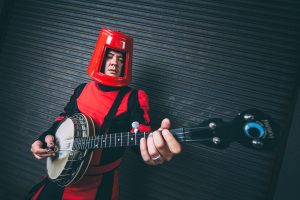 Nils and Jay originally met through a mutual friend, and later began to tinker with some acoustic space-themed songs that Jay had. Being fans of roots music and Science Fiction, the Future Folk concept began to gel when they asked, “What if WE were the aliens and we played bluegrass music?” Their same friend also happened to be a substitute teacher who, for a class project, made space helmets out of plastic buckets, cutting out the faceplate, and glueing on knobs and antennas. The bucket helmets really helped to define the characters of Future Folk, which started off simply as they played small clubs in New York and Brooklyn with comedians, sketch shows, and other musicians. It wasn’t exclusively a music act: “Our stage show was probably 40% improvisational banter and 60% music. Every time we’d do a show, Jay would try to get me to laugh by adding some detail about Hondo, and I would spin some story off the top of my head. Then at the next show we would incorporate those stories and spin new stories, and we sort of built up this mythology over time, with no intention of having anyone pay any real attention to it. It was done just for the pure joy of doing it.”

As people gradually did pay attention, the audience grew and some would come in costume, as was later portrayed in the movie. But the evolution of Future Folk really went into hyper-drive when the film came about a few years later, developed by old friends of theirs, co-directors Jeremy Kipp Walker and John Mitchell, who also produced and wrote. Making the film was very much a family production, says Jay, having made movies with the duo for years. “That was a cool experience, making a movie about your stupid space-alien band, which you never thought would ever happen, and getting to make it with a bunch of your best buddies. Half the crew were guys we already knew and had hung out with and had worked with.” 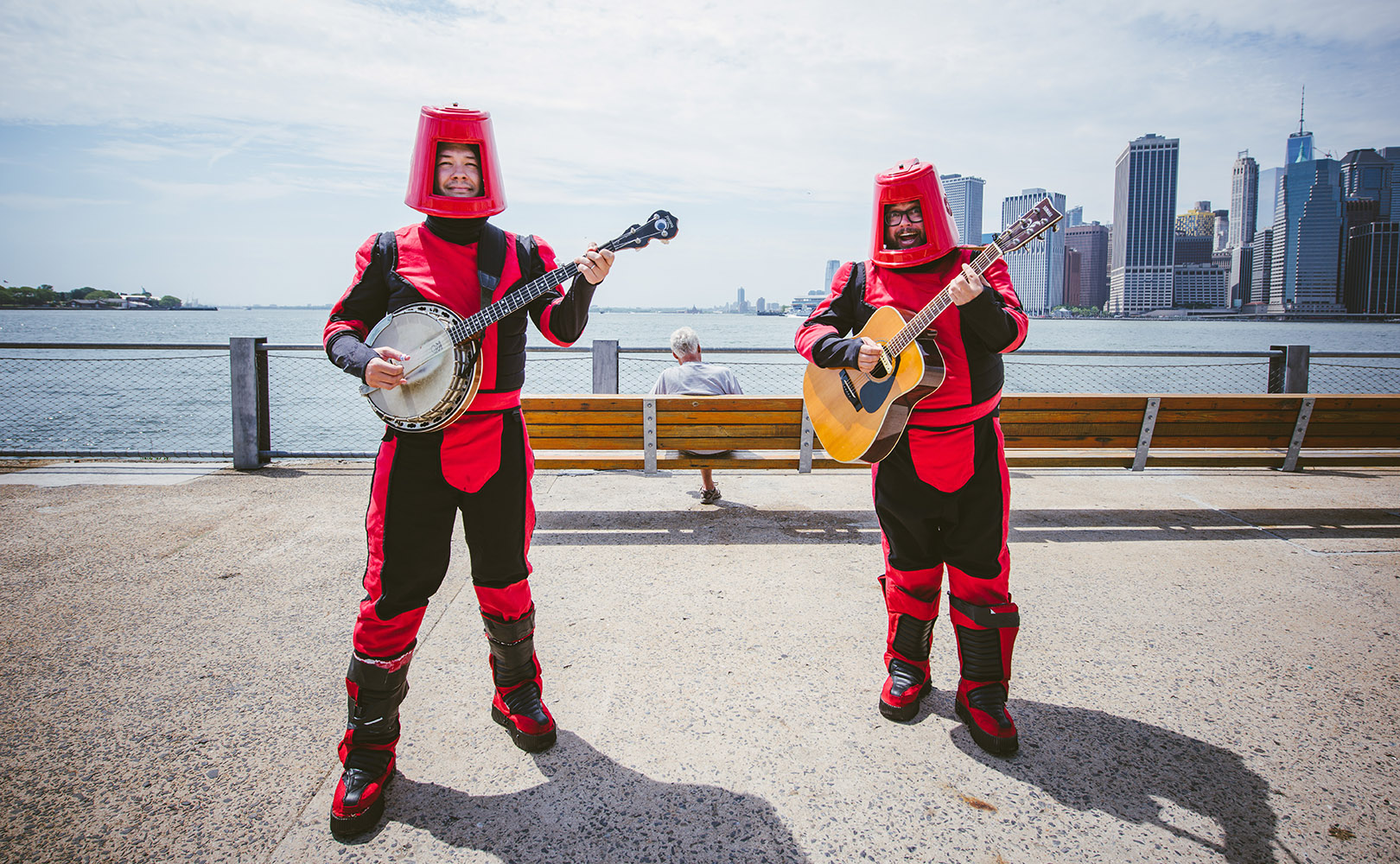 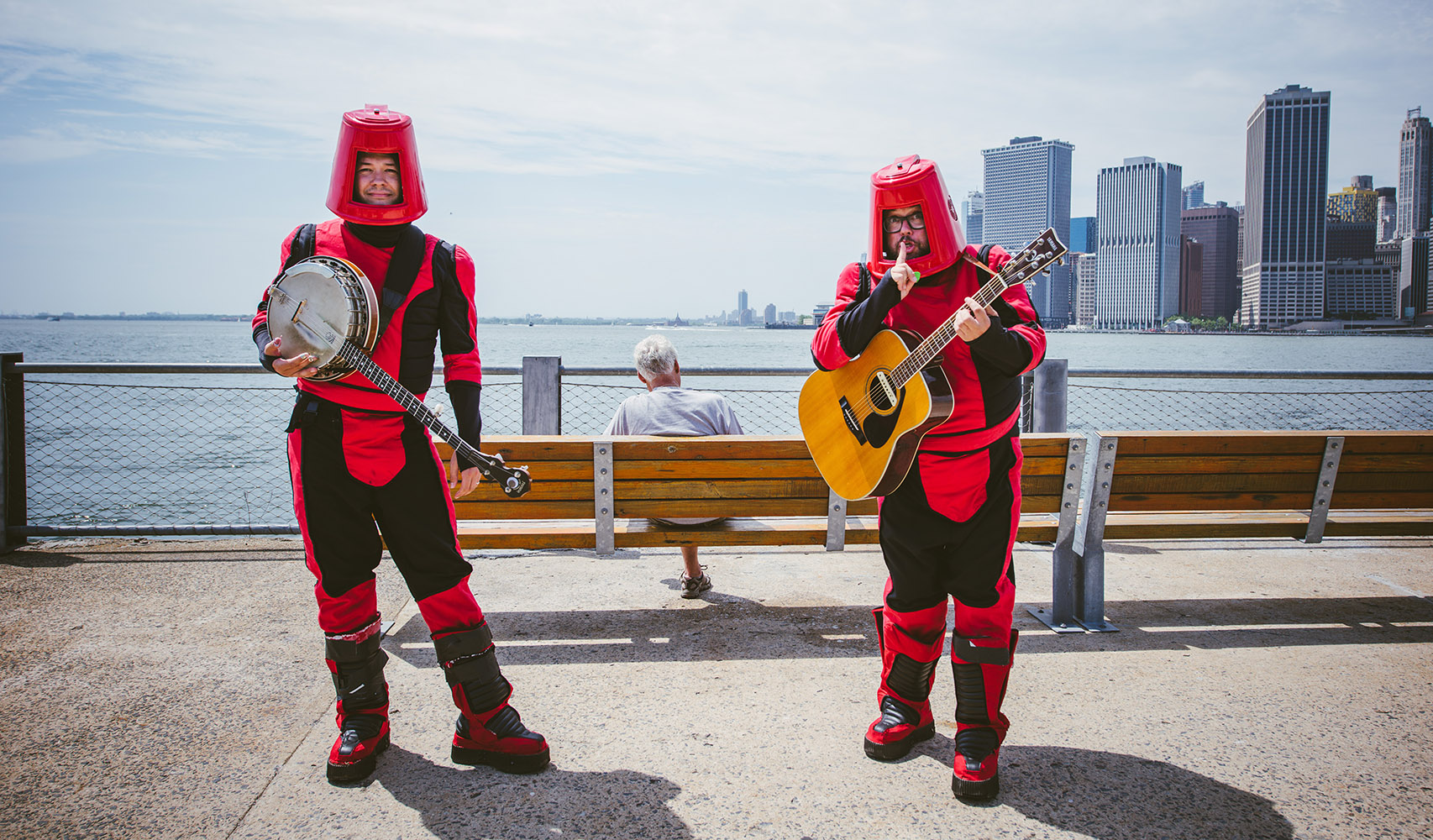 The original Future Folk suits were very low-rent, created first from red sweatpants and turtlenecks and then from red jumpsuits, resembling the fan costumes as seen in the movie. For the film, the suits were revised by a professional costume designer from Los Angeles costume shop Global Effects, with input from the band, tweaking the design “until the money ran out.” To deal with the heat problem, “they built fans into the top of the helmets right above your forehead, which would blow directly down on your face. This was really great for the first four days that they worked, but then they died for the rest of the five weeks of shooting. You were just drenched in sweat.”

The reaction to the film was unexpected, playing and winning in film festivals across the country, then getting a distribution and VOD deal. It has slowly earned its status as a mini-cult film, with a dedicated audience. As Nils explains, the Netflix deal has been the biggest boon for them, getting a lot of people to try the movie because “there’s zero expectation and people feel like they’ve discovered something.”

“This movie is not cynical, even a little bit”, says Jay. “It’s all heart, and that’s why audiences have responded to it so positively. You just don’t get very much of that these days, and people want to get in on that vibe. Being able to make your own silly space helmet and show up to see all these other people wearing their own silly space helmets is awesome. There was always a little bit of that fan-costume element, but once the movie happened that definitely pushed it over the edge into full-on borderline Cosplay.” Fans faithfully recreate the uniforms and custom-detail their own bucket helmets to wear at Future Folk shows. “Some of that enthusiasm we’ve been fortunate enough to enjoy with our fans was also present on set during filming. The dude setting up the light was a Future Folk fan, and we of course were very appreciative of that, so there’s a real circle of love happening there.” 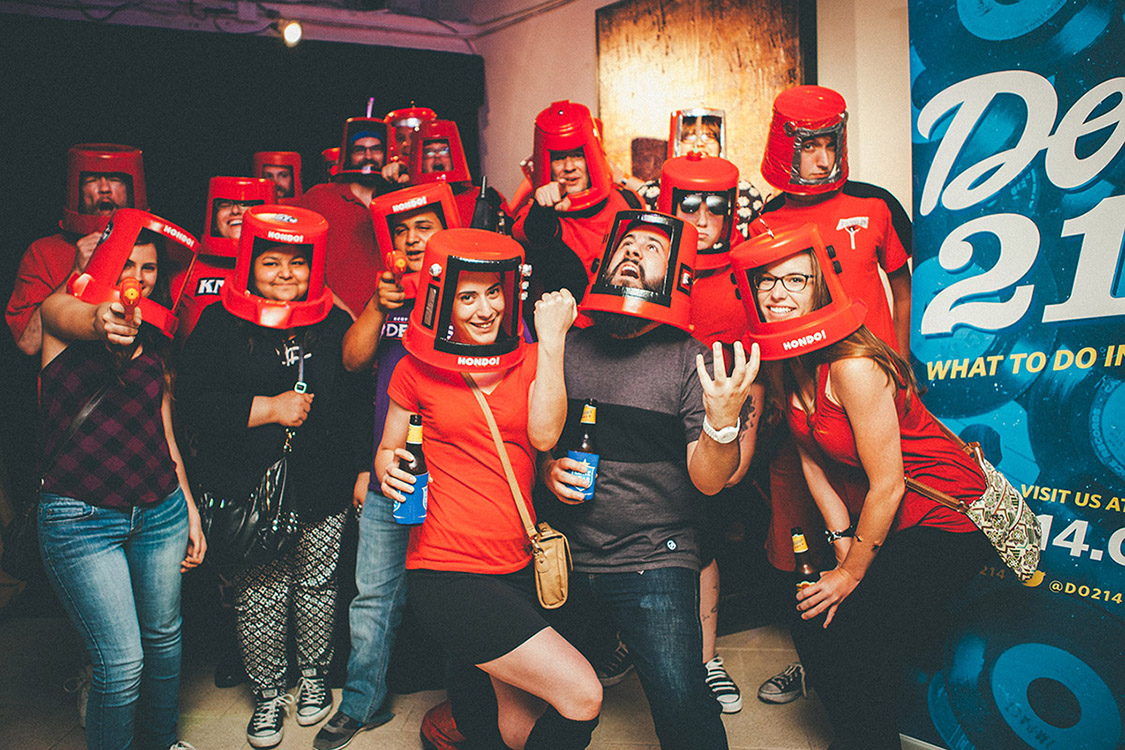 Nils adds, “We did a ten-city tour, which was also something that we never in our wildest dreams thought would happen, and we would go to places like St. Louis. We’d pull up and there would be a line of a hundred people out the door of the club, all dressed up in costumes. For this to happen in a city we’ve never been in before was a surreal experience. We are so grateful for it, and if it all stopped, we would still feel we won this game a long time ago.” Jay continues, “Once, on set, during one of the performance scenes, [Twisted Sister frontman and co-star] Dee Snider comes up to me and he looks out at all these extras who are all standing around putting on their helmets, and he says, ‘Look around at all these people. These people are dressing like you. You guys won!’  I thought that was cool; not that it’s a binary win or lose thing, but the fact that we were able to experience that and have people do that was so cool.” 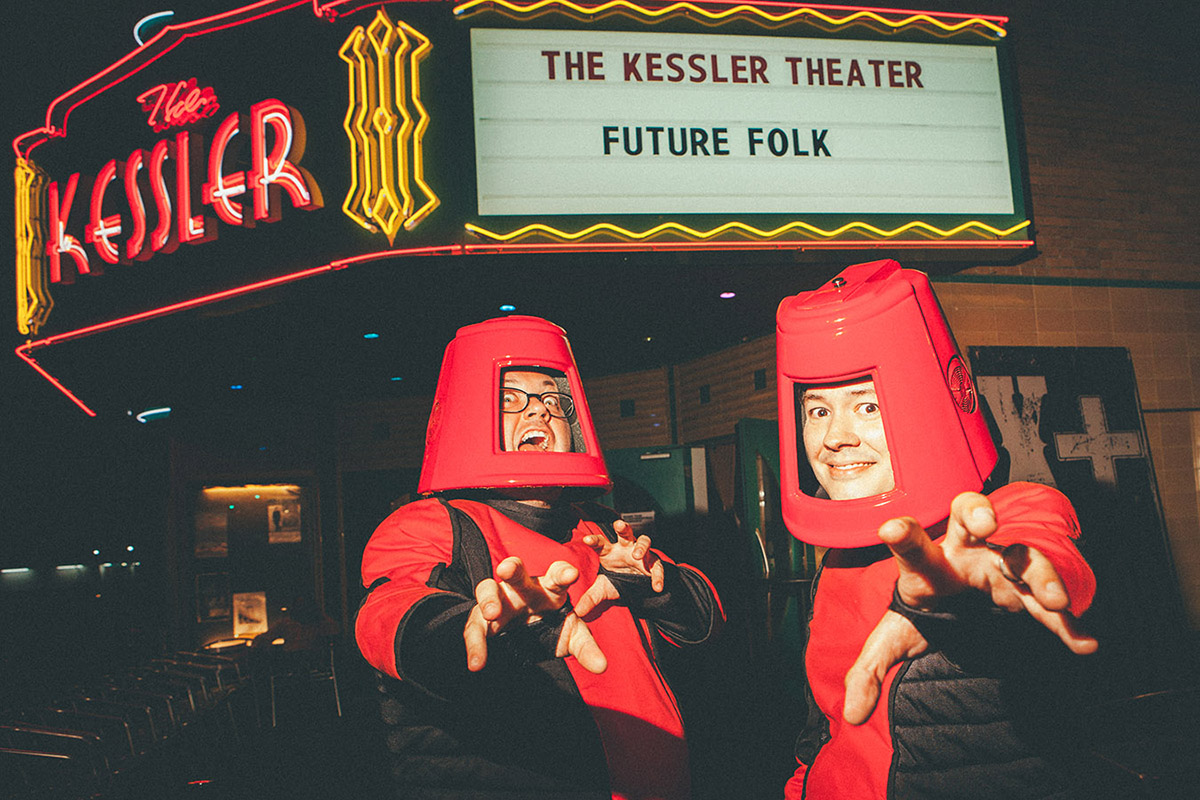 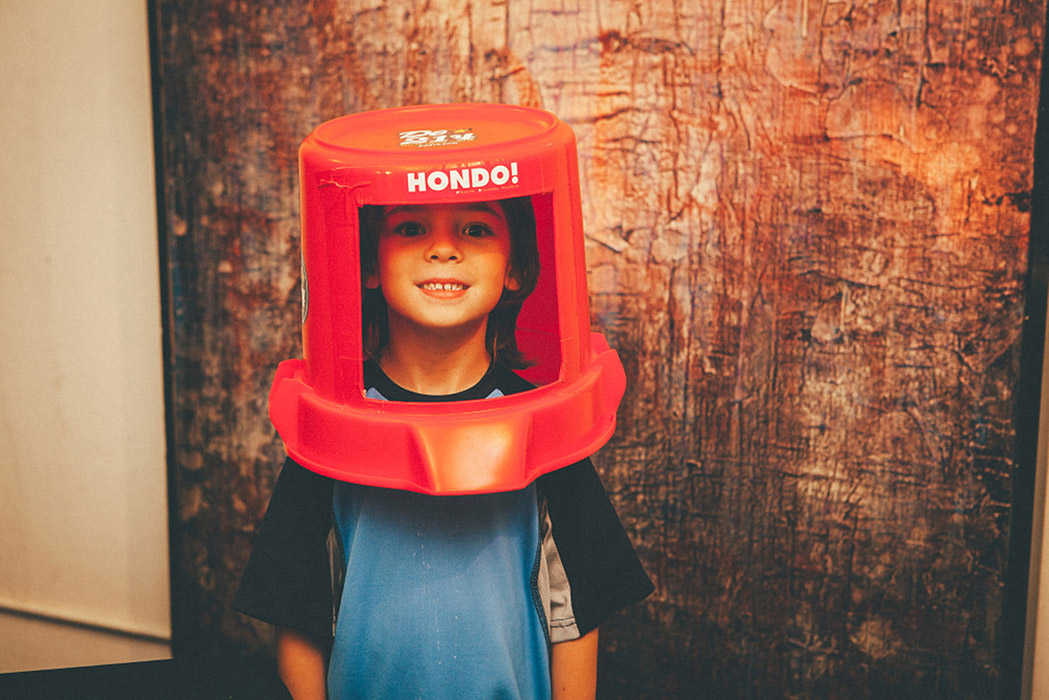 Currently Future Folk are in need of a uniform upgrade, as they still have the same suits they’ve used from the time of the film and the following US tour, and they are getting more than a little road-worn: the boots are held together with black duct tape, the velcro fasteners long ago worn out. “When we were on tour, we were in Dallas, Austin, we were in a lot of hot places,” says Nils. Looking at the suits’ condition provokes an awkward pause and some laughter, as Jay asks to point this out. “Make sure you write that: awkward pause, awkward smell!” They have yet to perform at a Con, and are a bit unsure what kind of impact they might have. They worry if enough people haven’t seen the movie then the response would just be, “I’ll give those costumes a C minus!” But they do enjoy hanging out in their suits after a show. “That’s one of our favorite things to do, to meet folks and do a lot of signing of buckets.” 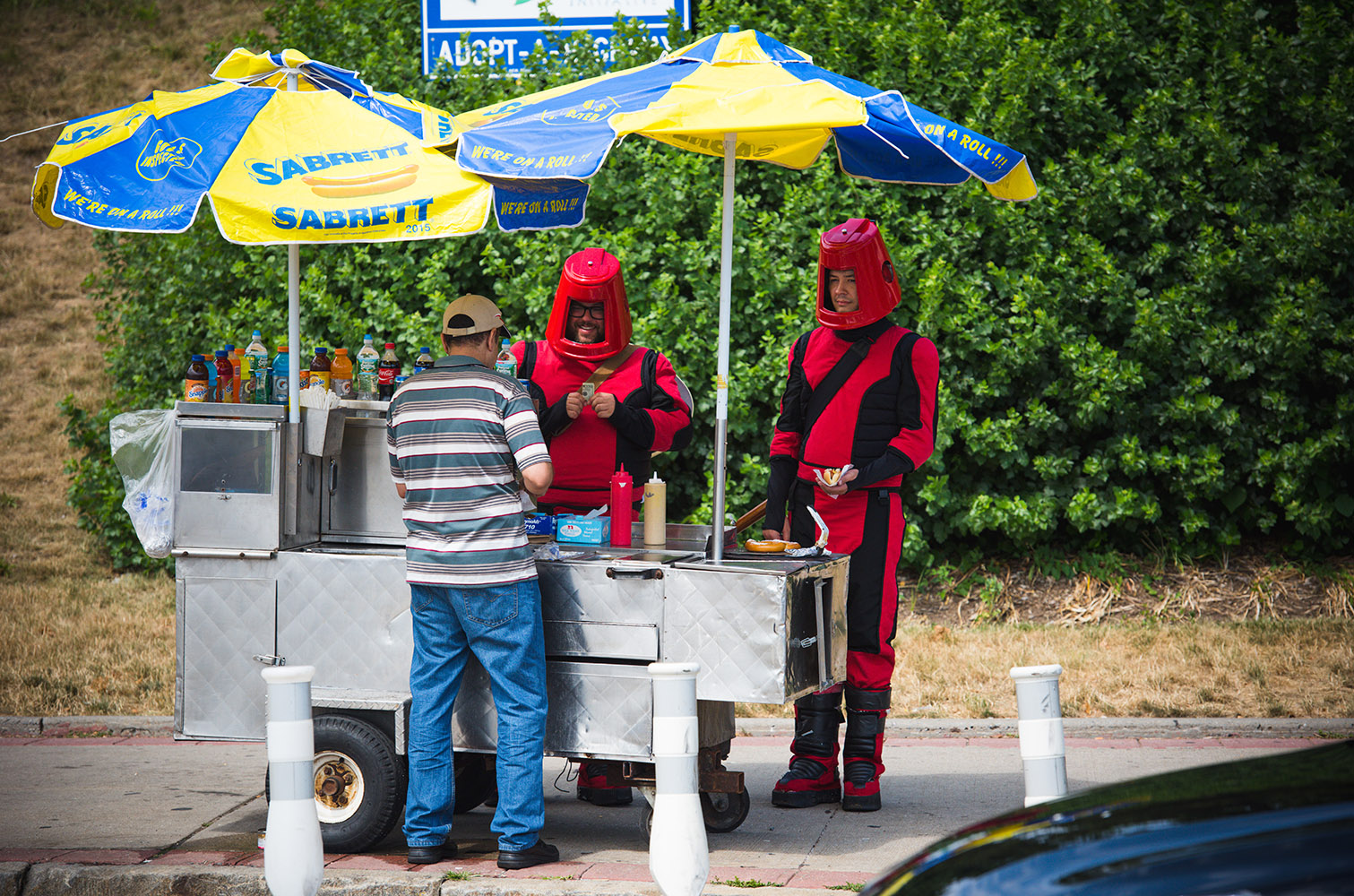 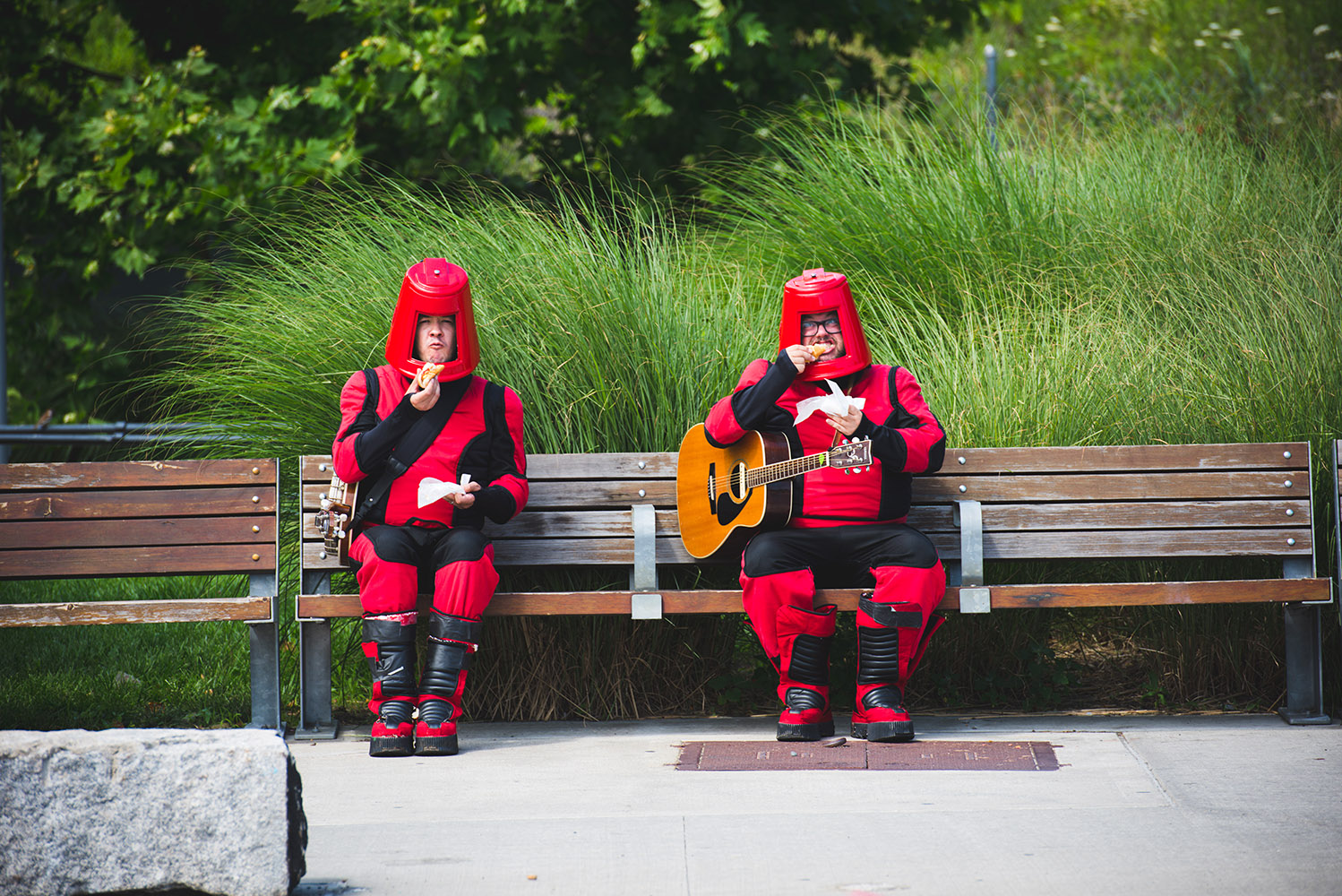 The future of Future Folk continues to look bright, as they develop the next stage in their evolution: an animated series, aimed at the 7-12 age bracket, which has responded so well to their music. Additionally, a Future Folk coloring book will be published, created by a former fan, with some awesome BEM-style (Bug Eyed Monster) art. “This whole thing’s been a slow burn,” says Nils. “There’s been many times when I feel like ‘That was it, we just peaked, that was awesome, I can’t believe that happened’. And then something else will happen and it’s like, ‘I guess it’s not over yet!’ It’s still happening.” 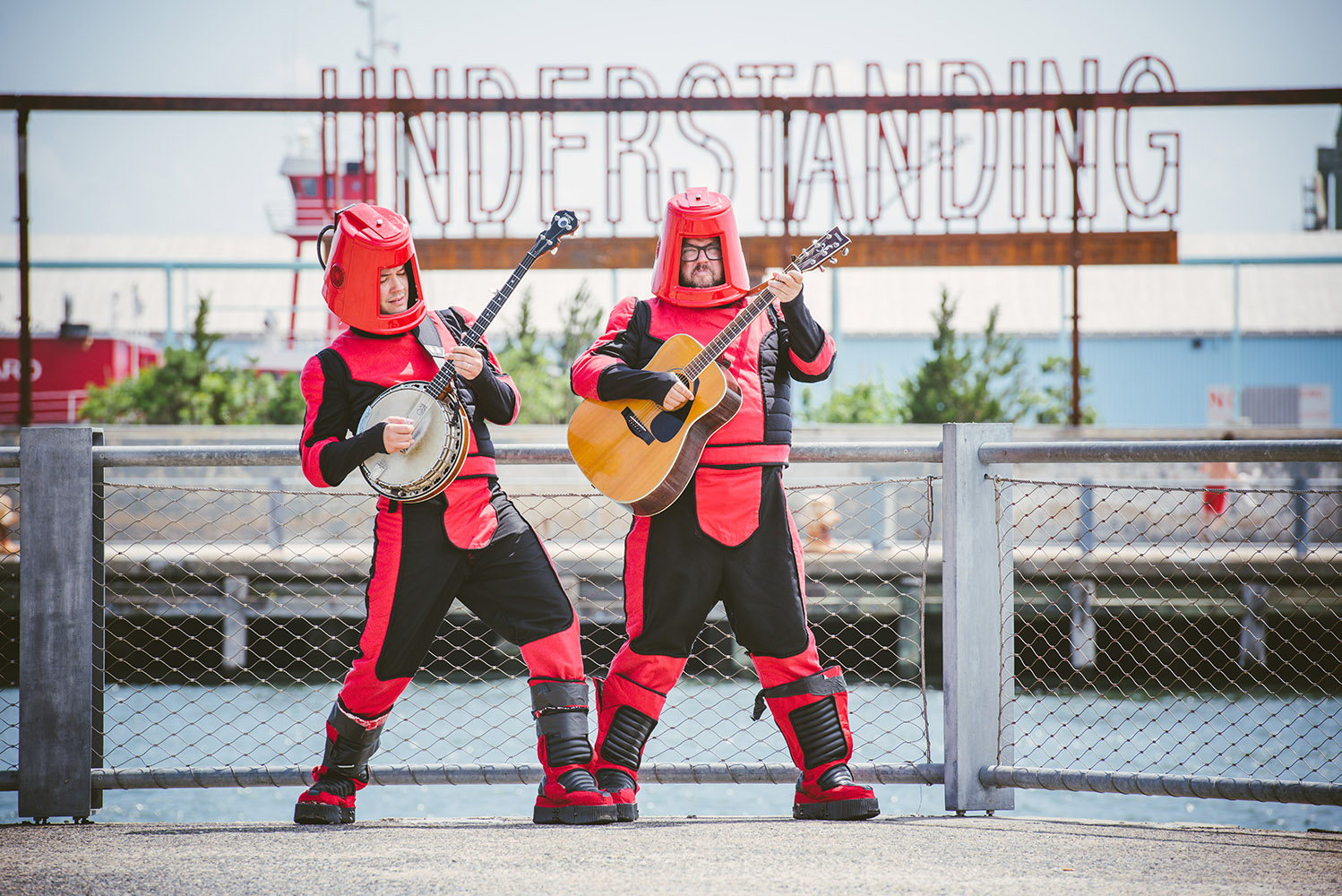 Future Folk music and info can be found at futurefolk.com, on Spotify, iTunes, and on Facebook at facebook.com/futurefolkmusic/. 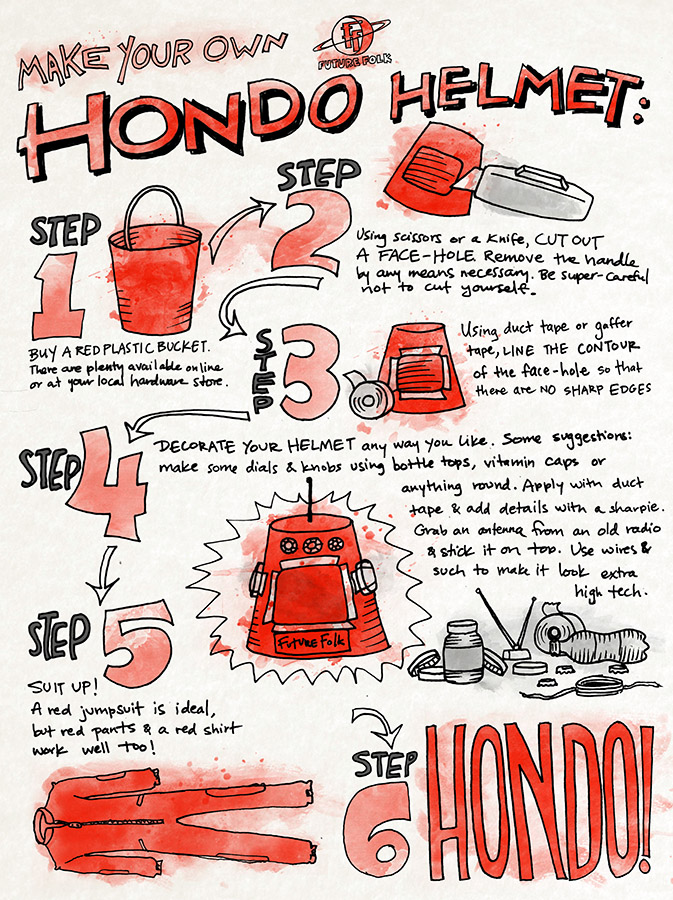