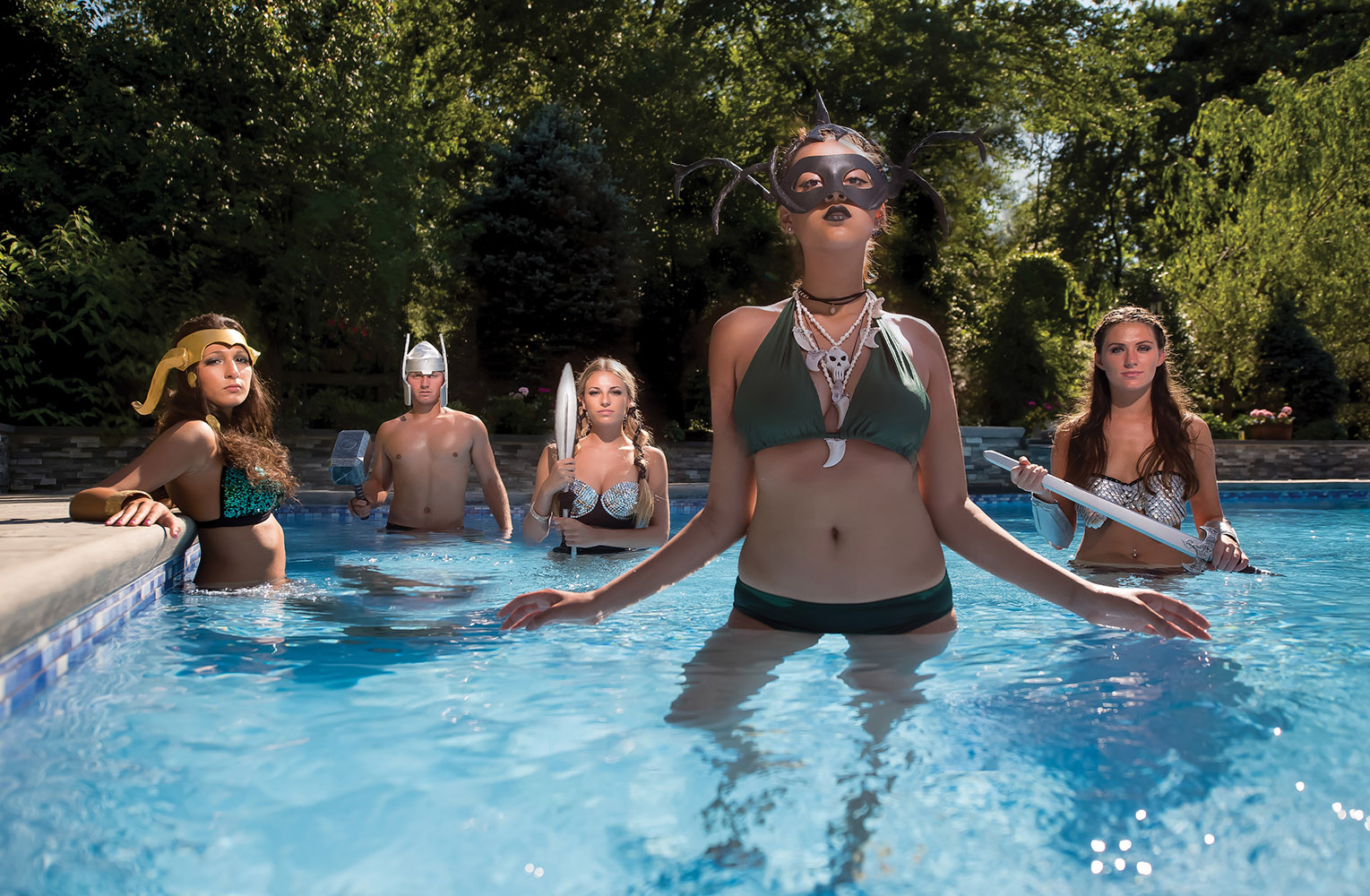 Cosplay fans the world over all love Marvel’s interpretation of the world of Thor and Asgard, as they have been adapted first into comics and now into the movies of the MCU. As it continues to grow in cultural popularity, the Marvel mythology of Thor has begun to supplant the original Norse myth in the minds of moviegoers and the general public. Marvel’s Thor has stayed reasonably faithful to the original Norse mythology, even with the expected changes when adapting to a new medium. Some of these differences are quite obvious and fundamental, while other variations are only noticeable to true experts of the mythology. We took the interpretations a step further still, to see how Asgardians relax during downtime between invasions of Giants, Dark Elves, and Fire Demons. Check out your favorite immortals in customized swimwear, perfect for poolside or for chilling on Bifrost Beach, and while everyone’s relaxing in Asgardian waters, let’s see how much of Thor mythology you really know. 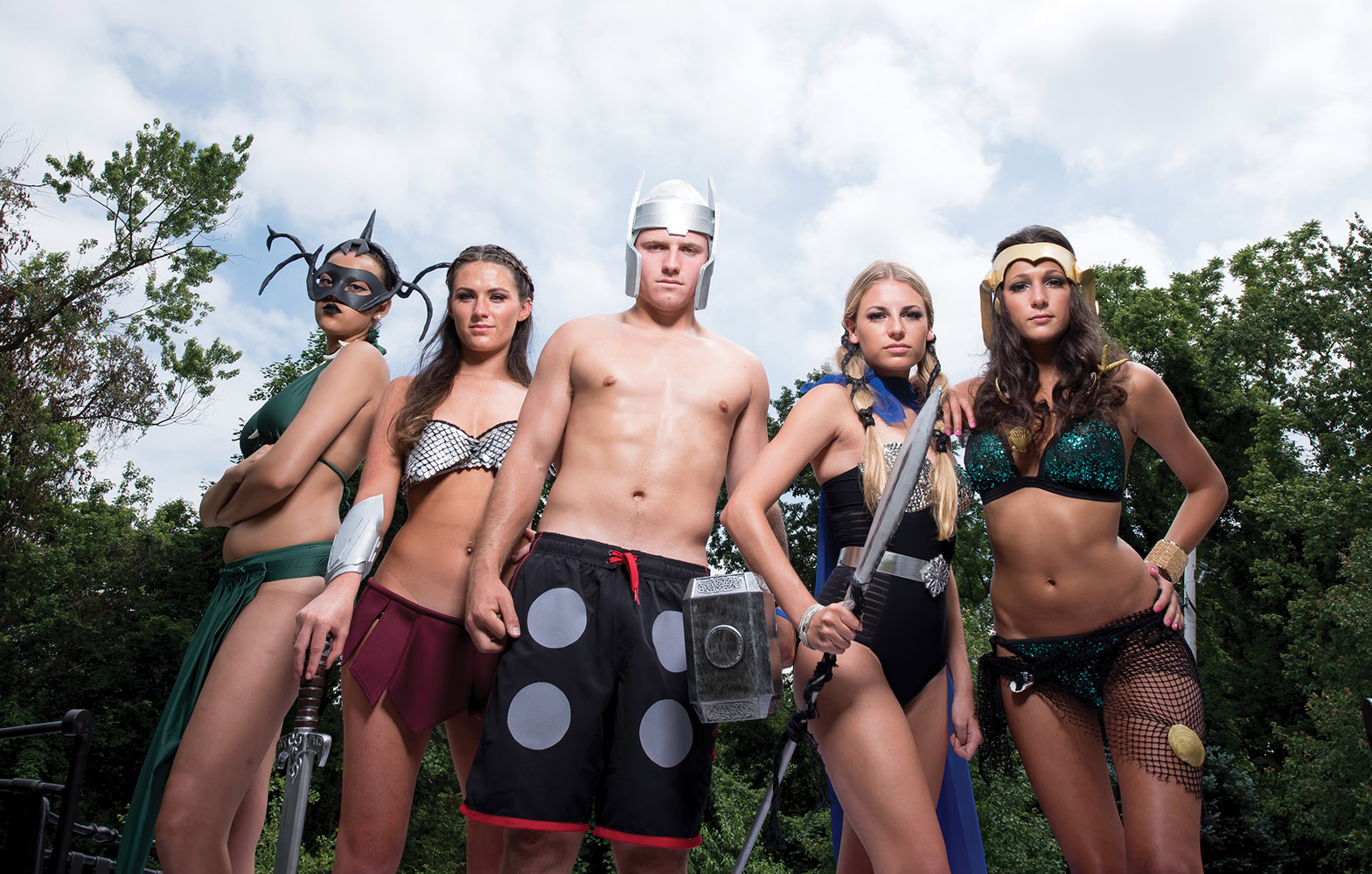 1)  In the Marvel Universe, Thor uses his hammer Mjolnir to fly, whereas in Norse myth, Thor rides a flying chariot pulled by two goats called Toothgnasher and Toothgrinder (Tanngrisnir and Tanngnjóstr). In the original myth, Thor also has enchanted gloves to use Mjolnir, and a belt to magnify his power, and has red hair and beard. 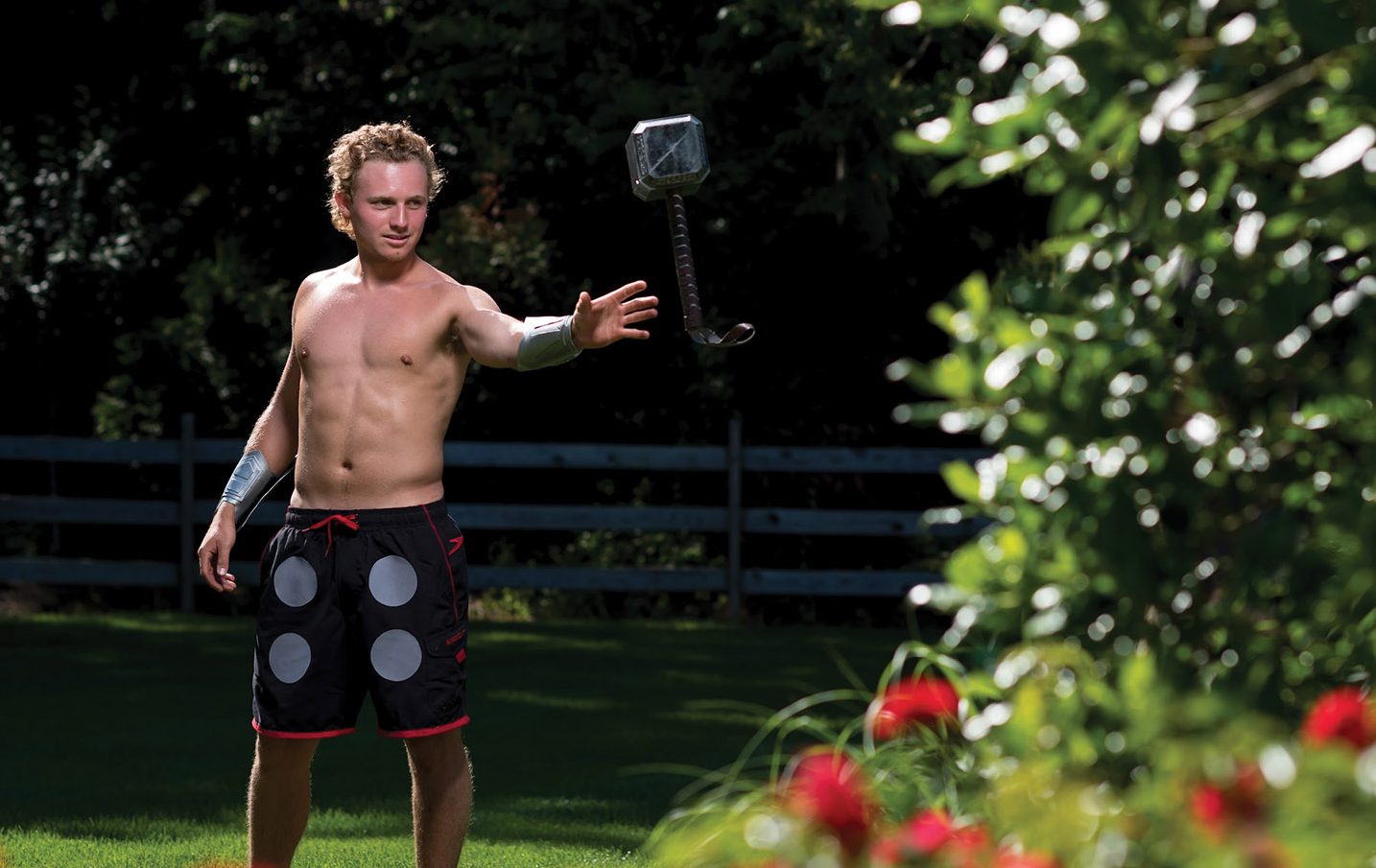 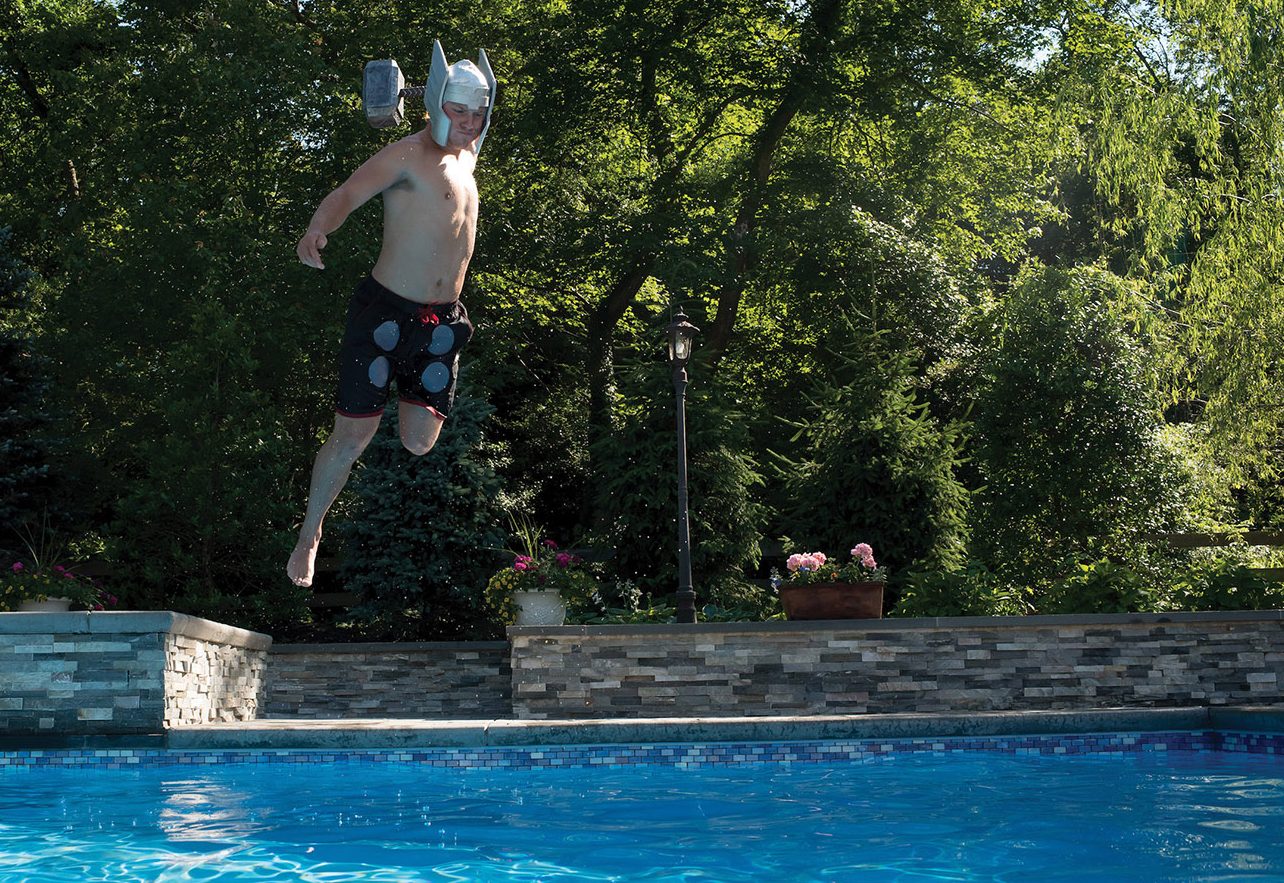 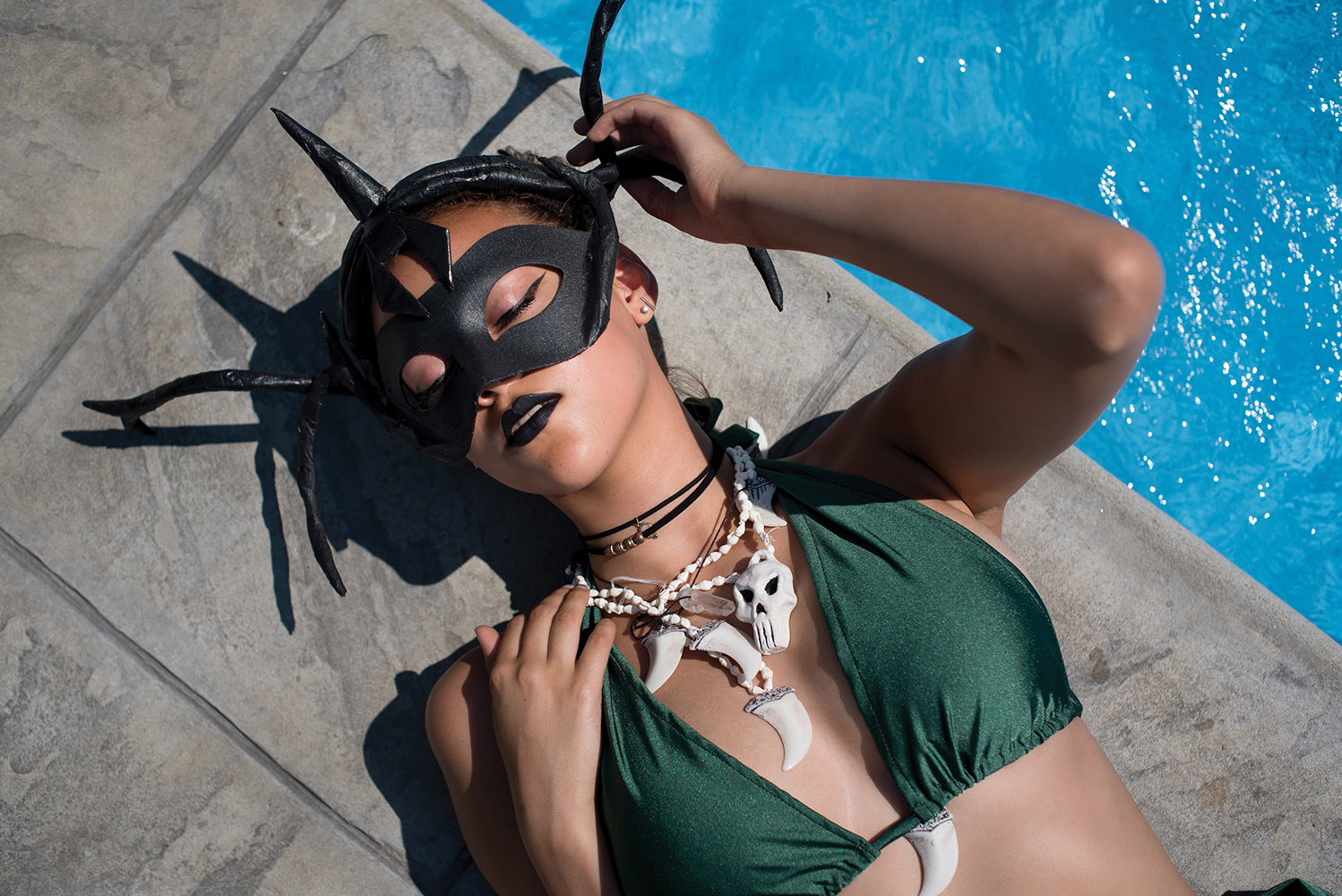 3)  Loki in the MCU is the son of frost-giant Laufey, while in Norse myth he is actually the son of the giant Fárbauti, and his mother is the goddess Laufey. Loki was not adopted by Odin in Norse myth, but was a blood brother and friend to Thor. 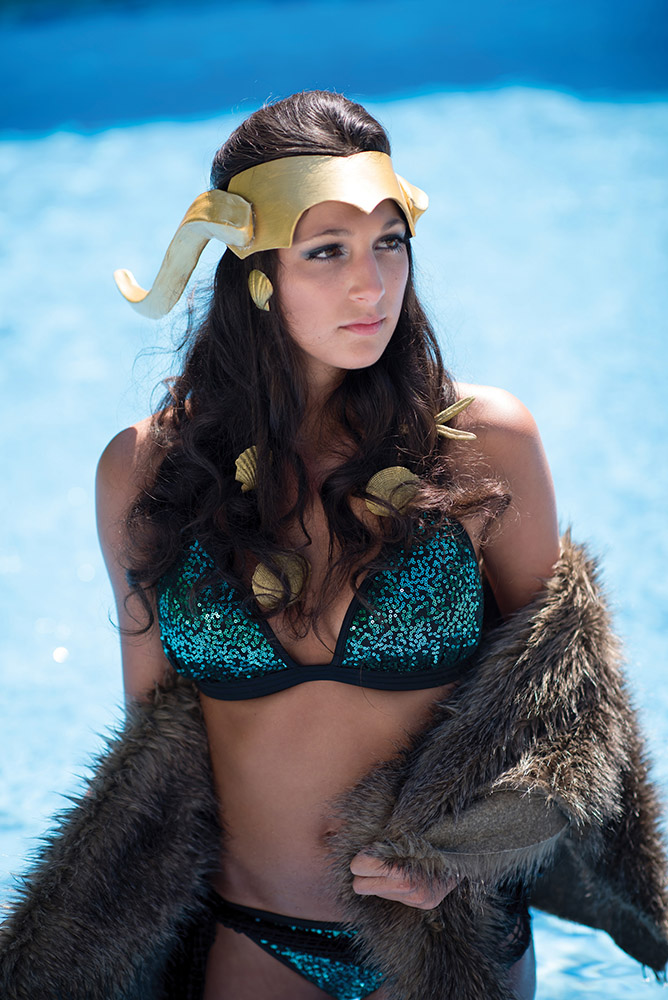 4)  Odin in Norse myth was extremely war-like and antagonistic, and gave one of his eyes in exchange for mystical knowledge. In the MCU he is a just and more peaceful ruler, and his eye was lost in battle, not given for wisdom. 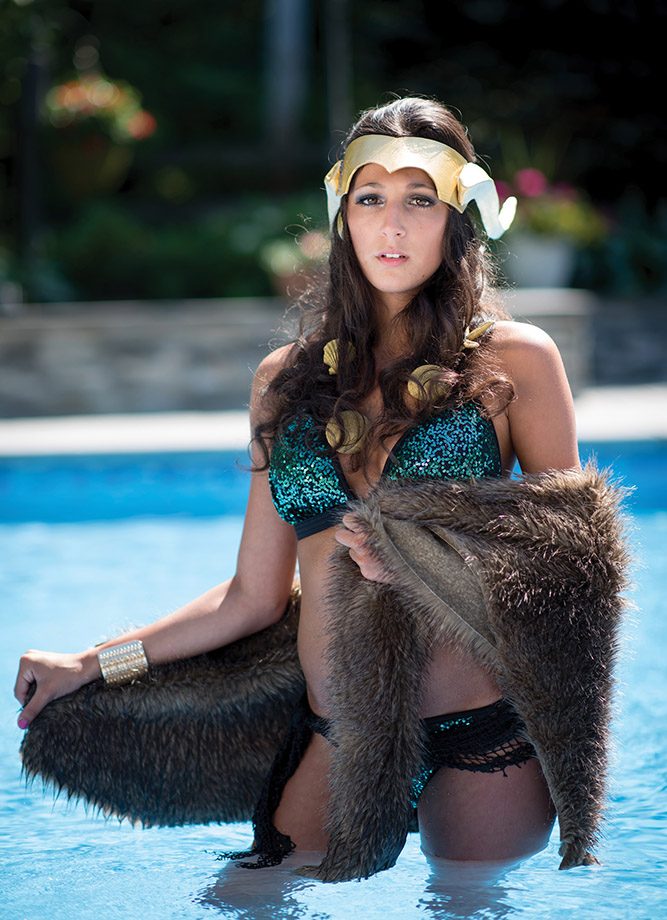 5)  In Norse myth Loki is often more a trickster and troublemaker, rather than the evil and tragic adversary the MCU portrays. He helps the other gods, using his wits, often getting them out of the trouble he caused. Although in all versions, he does help bring about the Asgardian apocalypse, Ragnarok. 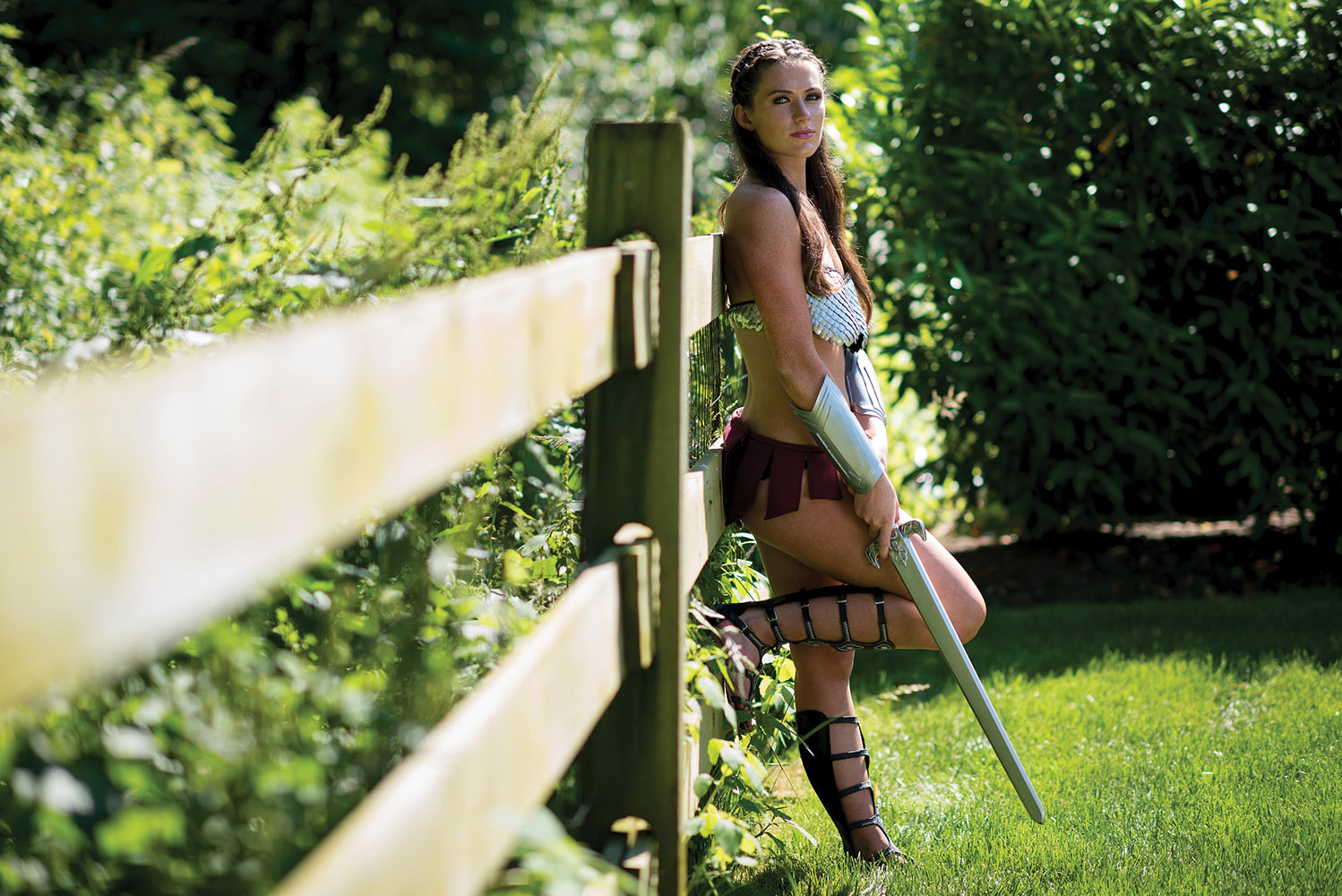 6)  Sif in the MCU is a warrior woman supreme, while in Norse myth, she is the blond-haired wife of Thor and a goddess of the harvest. She is also sister to Heimdall, guardian of the Bifrost, in the Marvel comics mythology.

7)  In Marvel comics, Valkyrie (also known as Brunnhilde) was selected by Odin to lead the Valkyrior, a group of female warriors that escort the souls of slain heroes to Valhalla, land of the honored dead. In Norse myth the Valkyries would choose who died in battle and who would live (valkyrja means “chooser of the slain”), and Valhalla was an actual enormous hall in Asgard.

8)  Valkyrie in comics uses two weapons of choice: a large iron spear and an enchanted sword named Dragonfang, which was given to her by Dr. Strange. She also rides a winged horse named Aragorn. 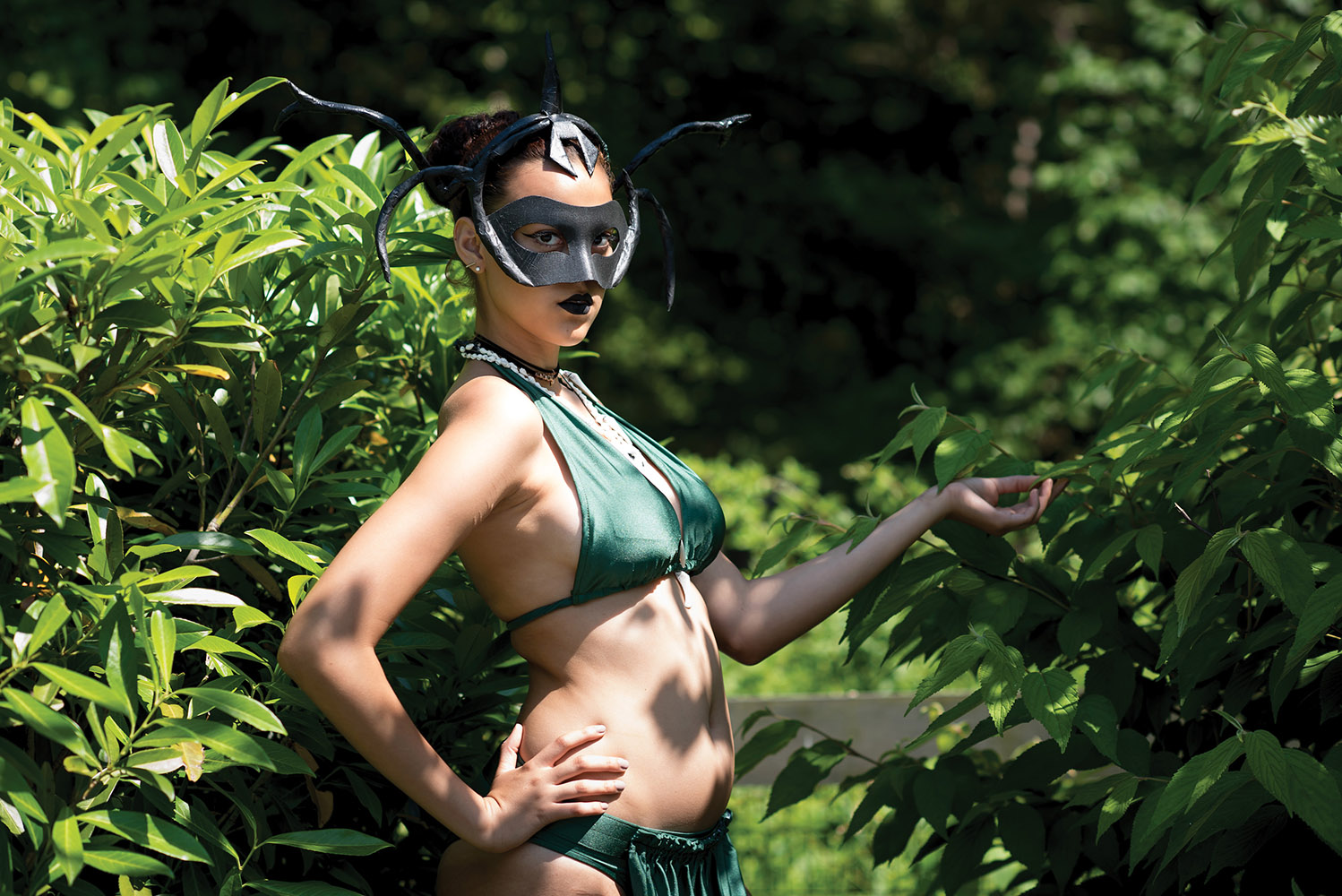 9)  In Norse myth Hela, the goddess of inglorious death (death from illness or accident and not from battle), is actually the offspring of Loki, as is the Fenrir Wolf and Jormungandr the World Serpent. Hela rules over Hel, the land of the dead, in the icy realm of Niflheim, and her touch is fatal to mortals and Asgardians alike. She is often described as having a half-human and half-dead face. 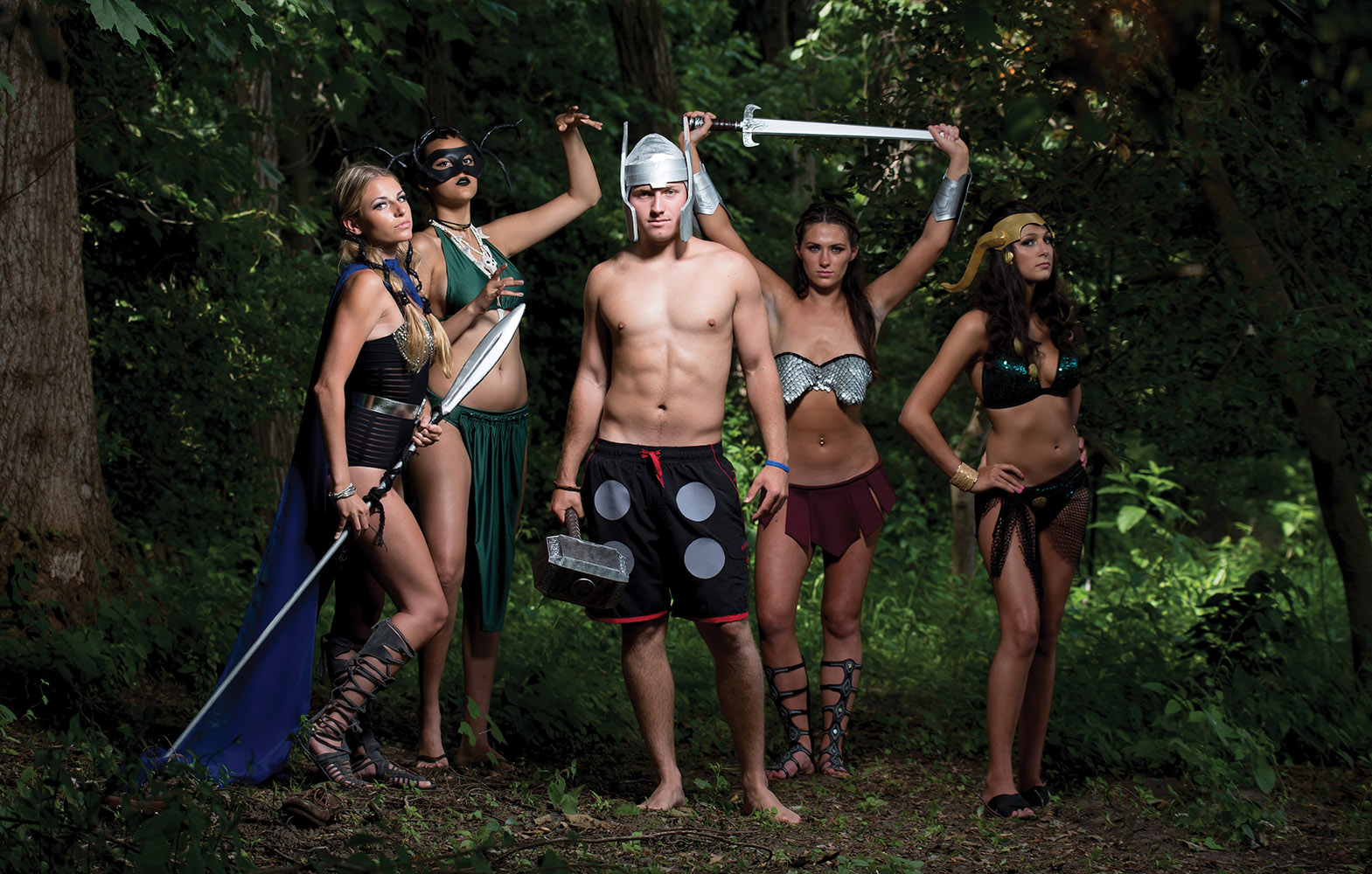 10)  In the comics, Thor was given the frail human identity of Dr. Donald Blake by Odin to teach him humility, similar to his banishment in the MCU film. In the Norse myth, of course, Thor is always a fierce warrior with no need of humility of any kind. This is referenced in the first film when Jane hands Thor a shirt with a “Donald Blake” nametag, saying it’s an ex-boyfriend’s.