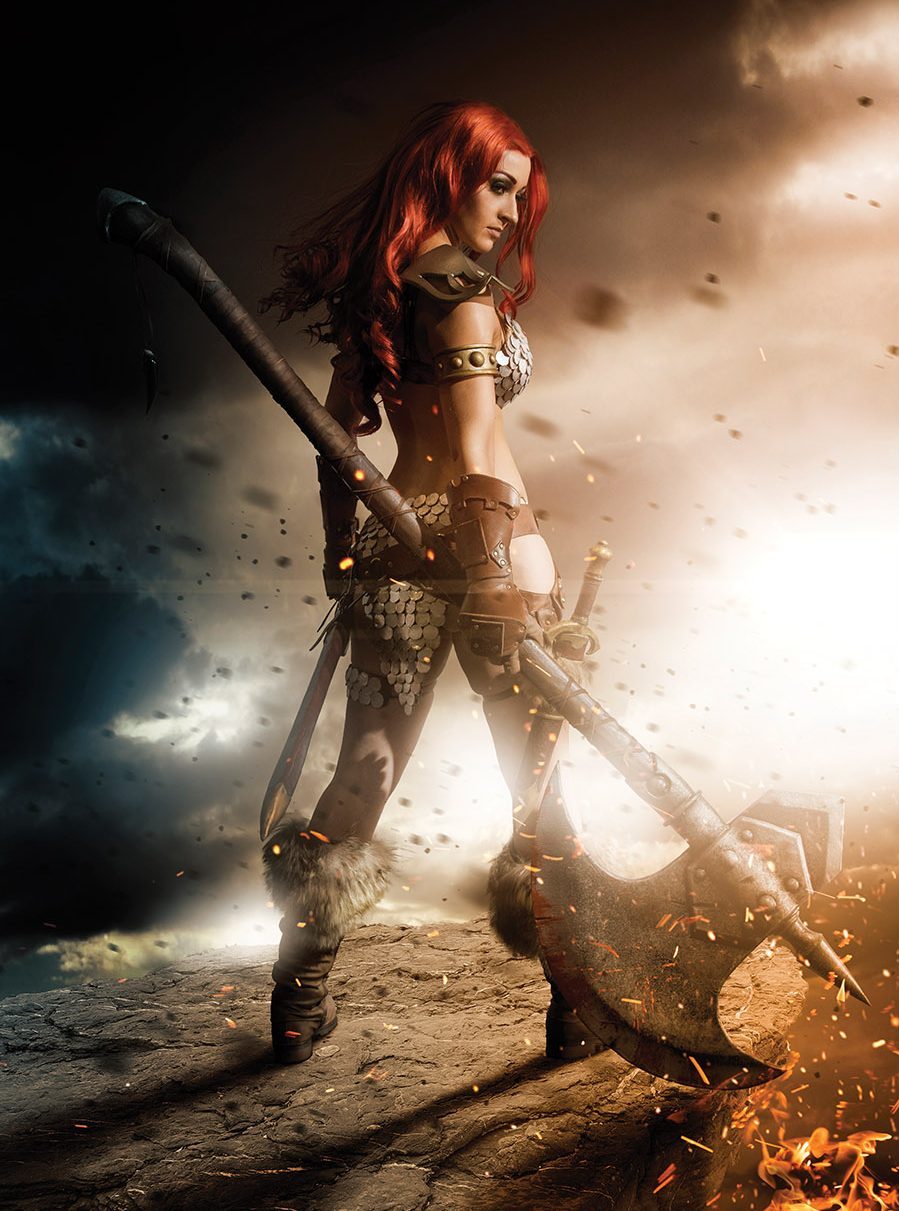 Our featured photographer is a man of few words—ironic, since he is also a published author of two novels, with a third on the way. Andrew Dobell is a freelance photographer and illustrator based out of Surrey, UK, and while he’s relatively new to the world of cosplay photography, you’ll see from his work that he’s got plenty of inspiration and talent to spare. 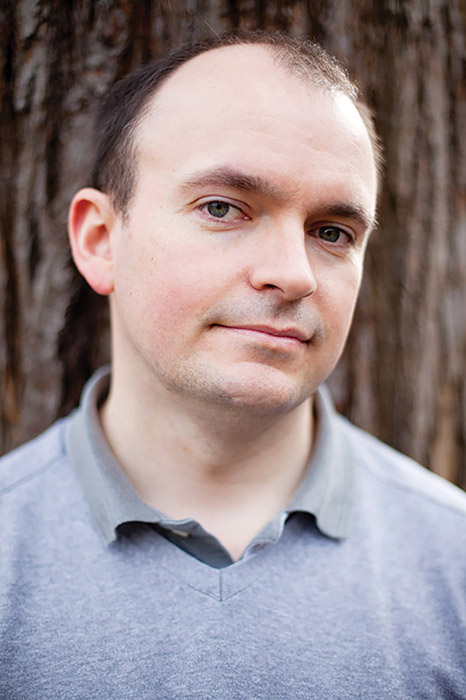 A lifetime lover of drawing and creating, from a young age Andrew wanted nothing more than to be a comic book artist. On a university trip to New York City, he even took a side trip to the Kubert School (a technical college founded by comic book artist Joe Kubert that trains aspiring artists in the ways of sequential media) in New Jersey to see if enrollment was feasible. He applied, and was accepted, but sadly was unable to attend. He didn’t let that keep him from studying the arts, though; through college and university, he took as many illustration and art courses as he could, including a photography class which first introduced him to photography as something more than just holiday photos and careless snapshots. 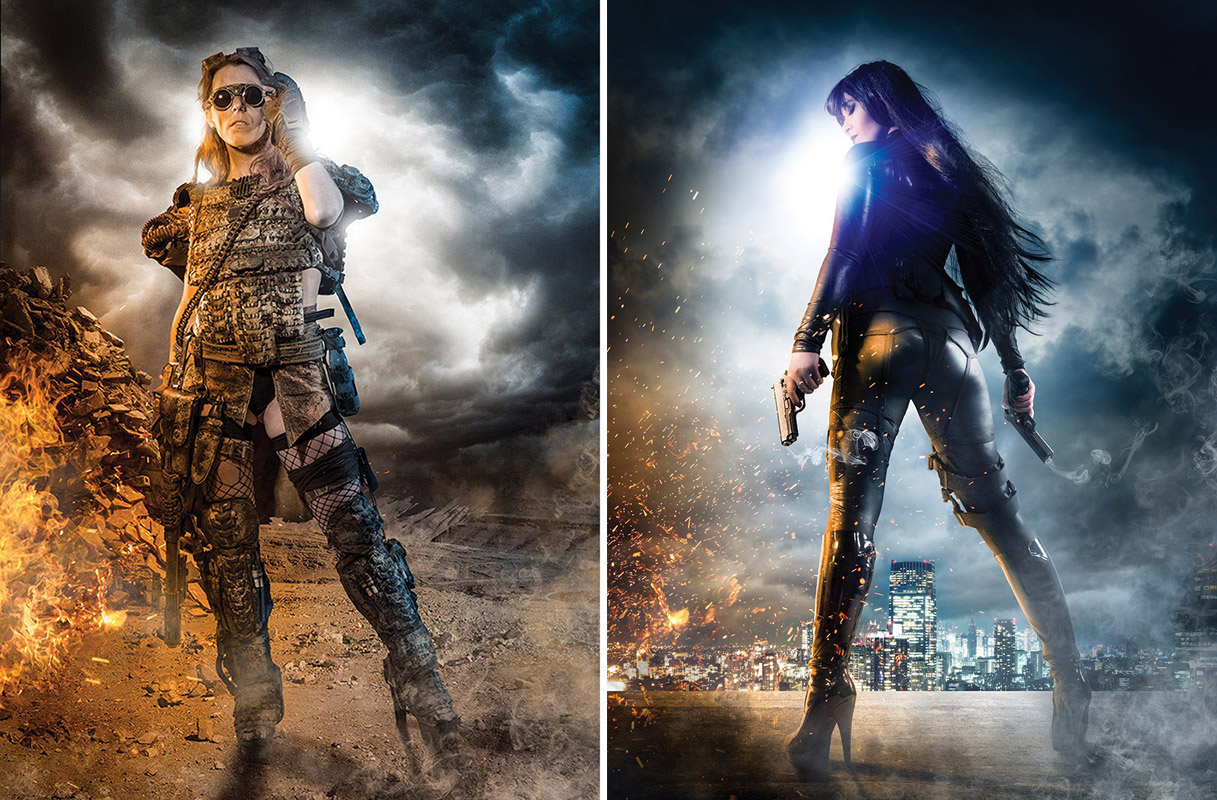 He didn’t do much with his newfound knowledge of photography then; “this was back in the days of film and darkrooms,” he admits, “so I enjoyed it, but I didn’t do much with it [outside of class].” Still, the knowledge continued to live at the back of his mind as he went on to a career in illustration, eventually ending up working in-house for a fashion company creating images for T-shirts and other garments.

A trip to Australia with only a cheap digital camera to capture the experience left him lamenting its limitations to a friend, who had recently upgraded to a nice SLR camera, and this friend’s advice led him to his first camera upgrade. The newer camera could have its images imported into programs like Photoshop, he discovered, and this led Andrew to more experimentation with photography. 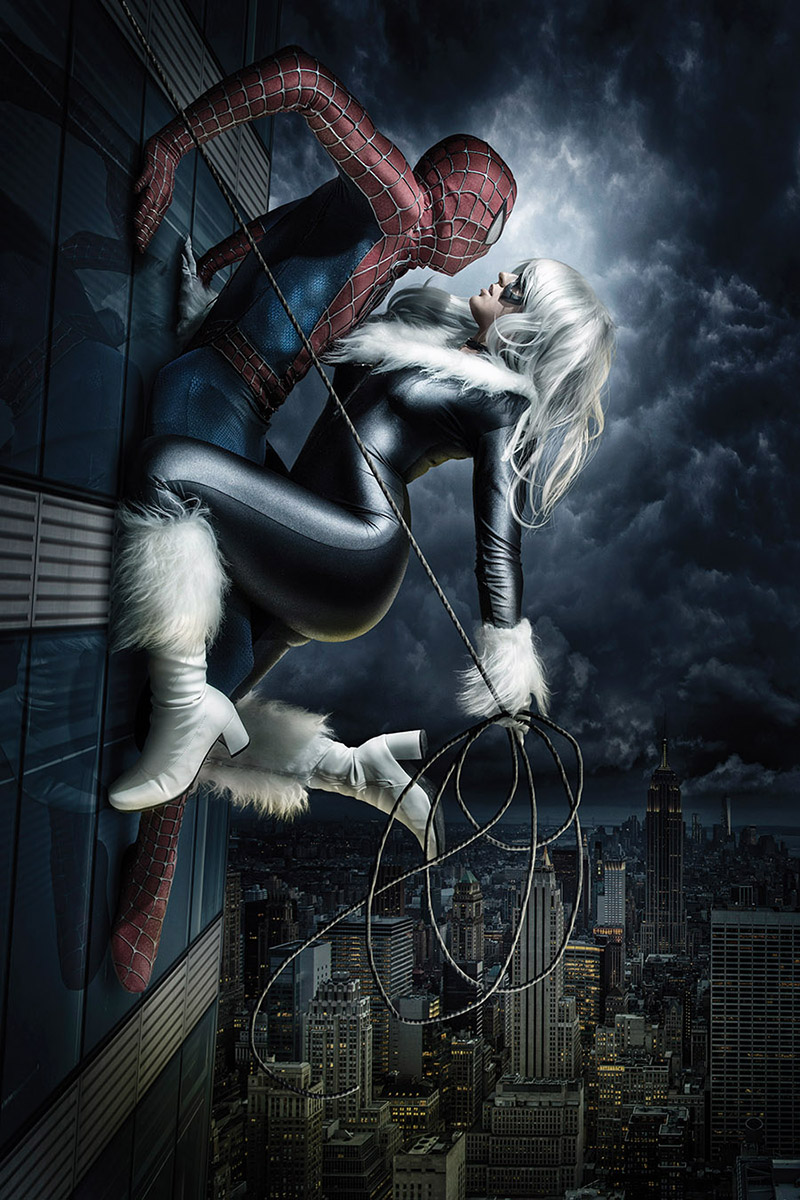 Starting with a friend’s wedding, Andrew began picking up photography jobs, assisting photographers and learning the ropes, before launching his own site. This newly reignited love for photography began to bleed over into his day job, too; he started doing photography for the company catalog three times a year, and also began to do his first photo compositing. After a few years, part-time photography wasn’t enough for Andrew, and he left that day job to become a full-time freelance photographer and illustrator. 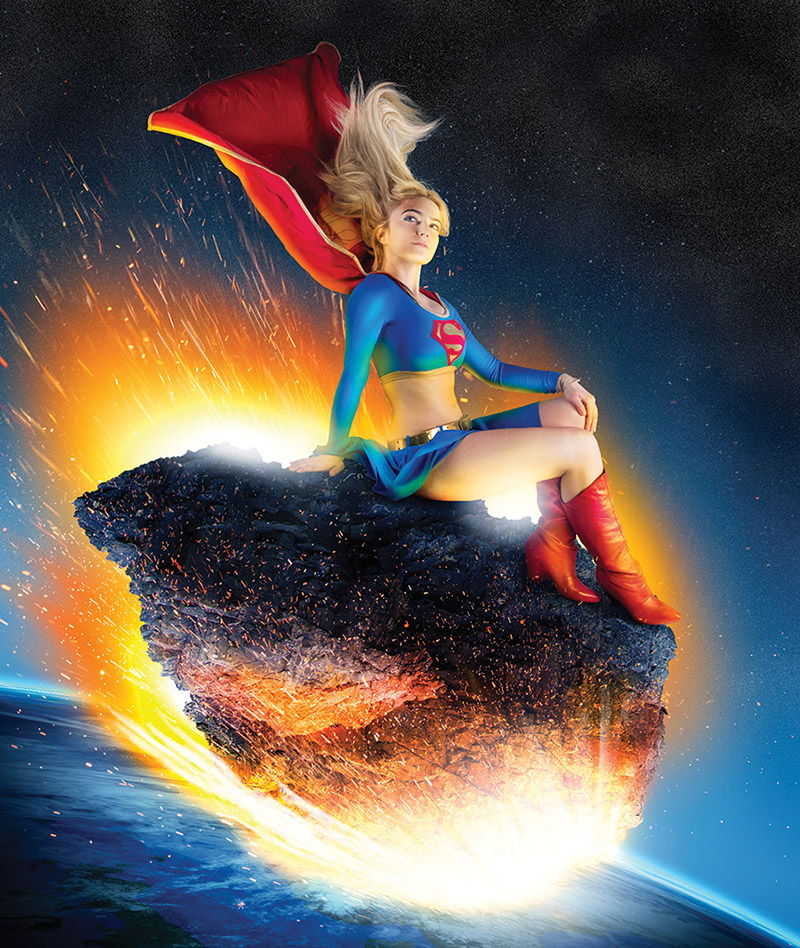 It was in October 2013 that Andrew really found cosplay. After taking a long look at what he was doing with his photography, what he loved, what he hated, he found that what he enjoyed the most was working with cosplayers to take great character photos, then using his compositing talents, turn them into something mind-blowing and magical. Over the past few years, this has grown from a simple “composite a week” on his page, to some amazing opportunities speaking at events, running workshops, and working with A-list cosplayers. Looking through the next few pages, it isn’t hard to see why; Andrew’s work takes the best elements of storyboarding and design, combines them with a well-composed photo of a gorgeous costume, and produces something that wouldn’t look out of place in your favorite comics. 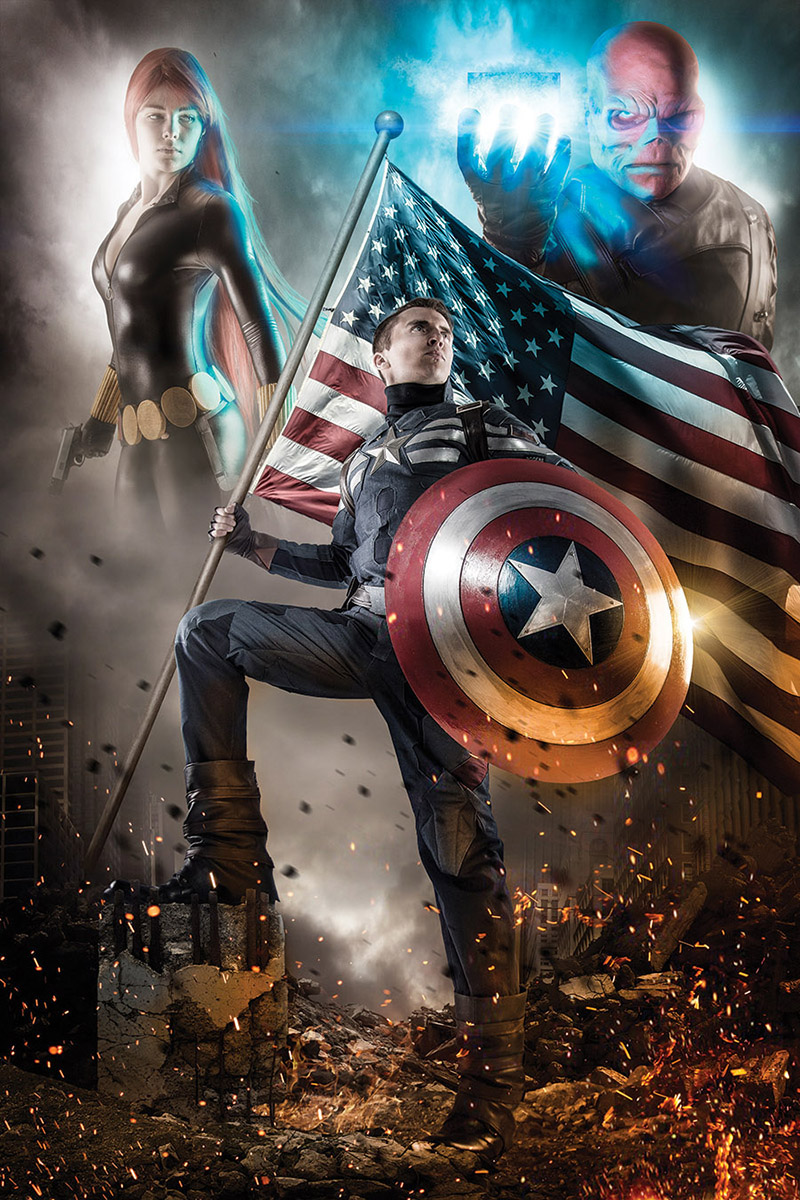 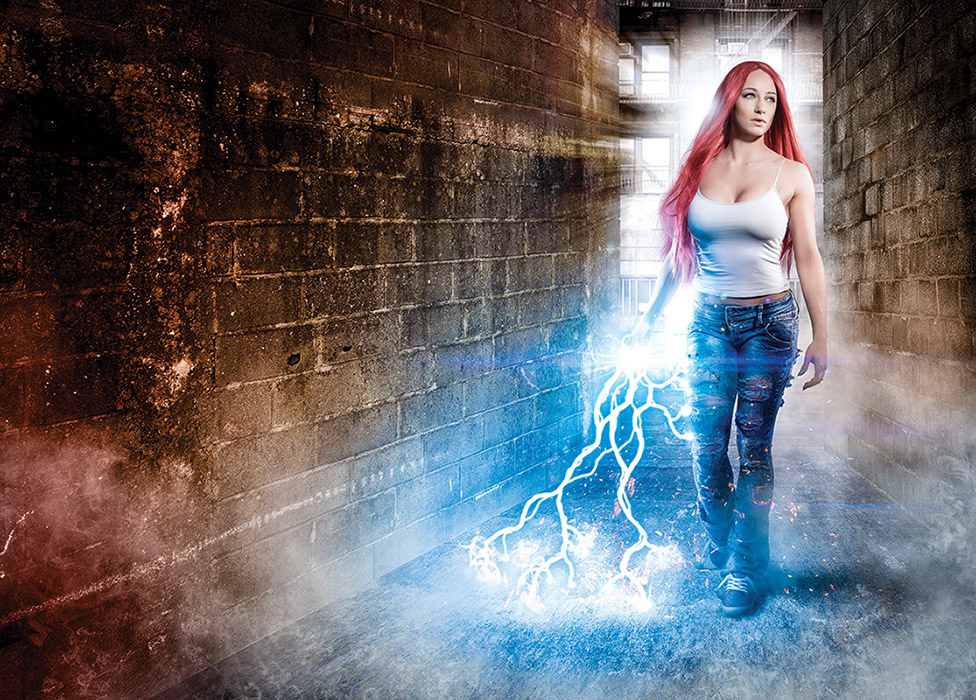 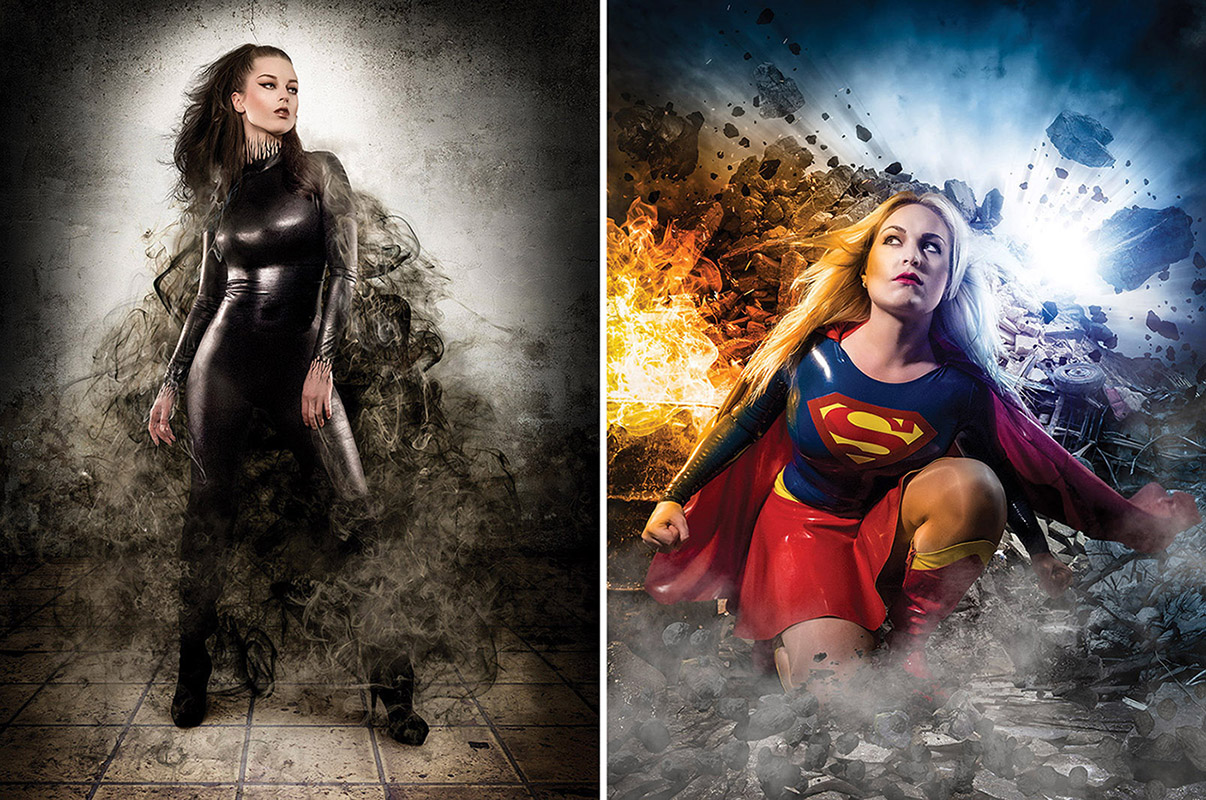 Check out Andrew’s photography and composite work at
creativeedgestudios.co.uk
and his writing at andrewdobellauthor.co.uk 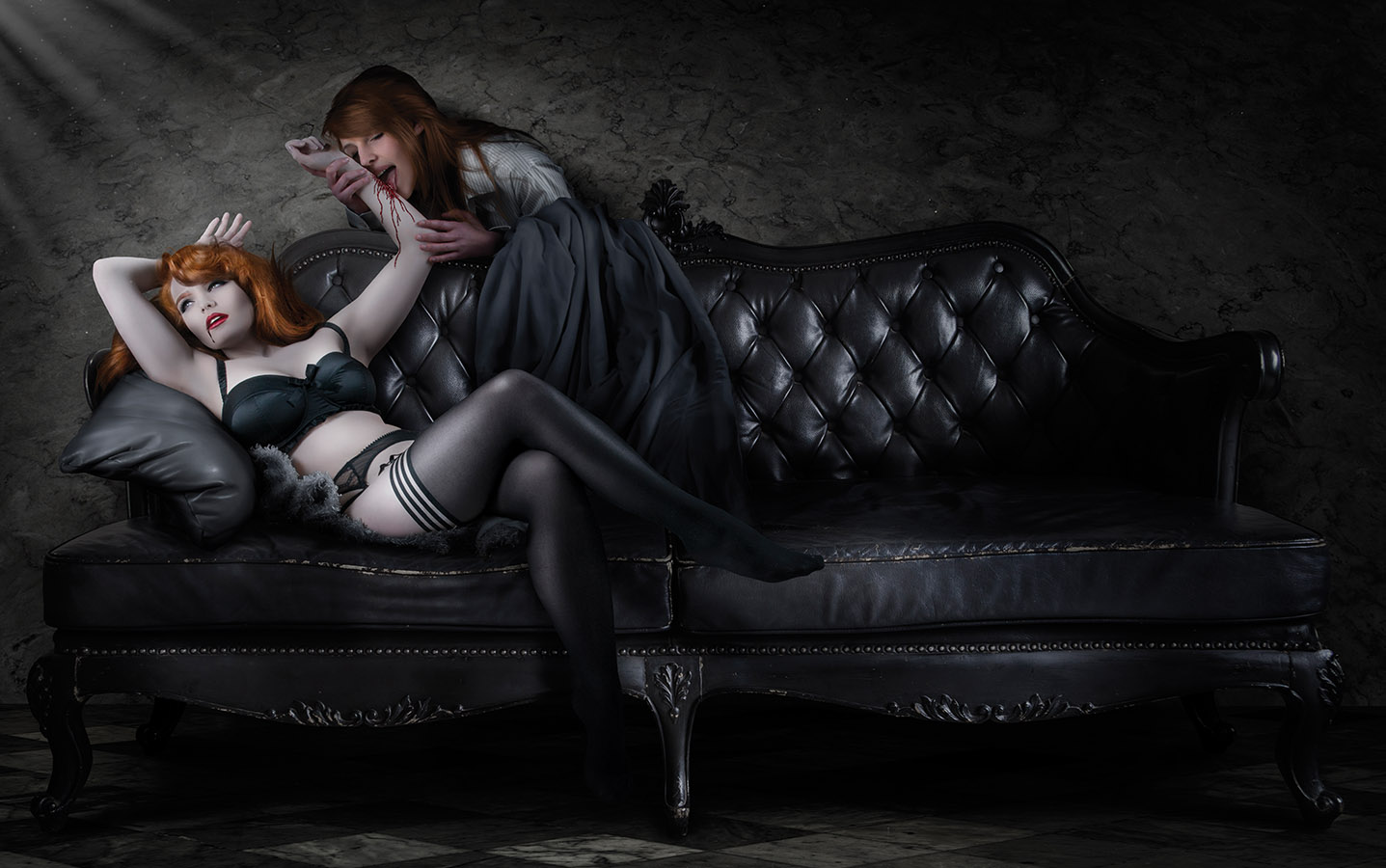