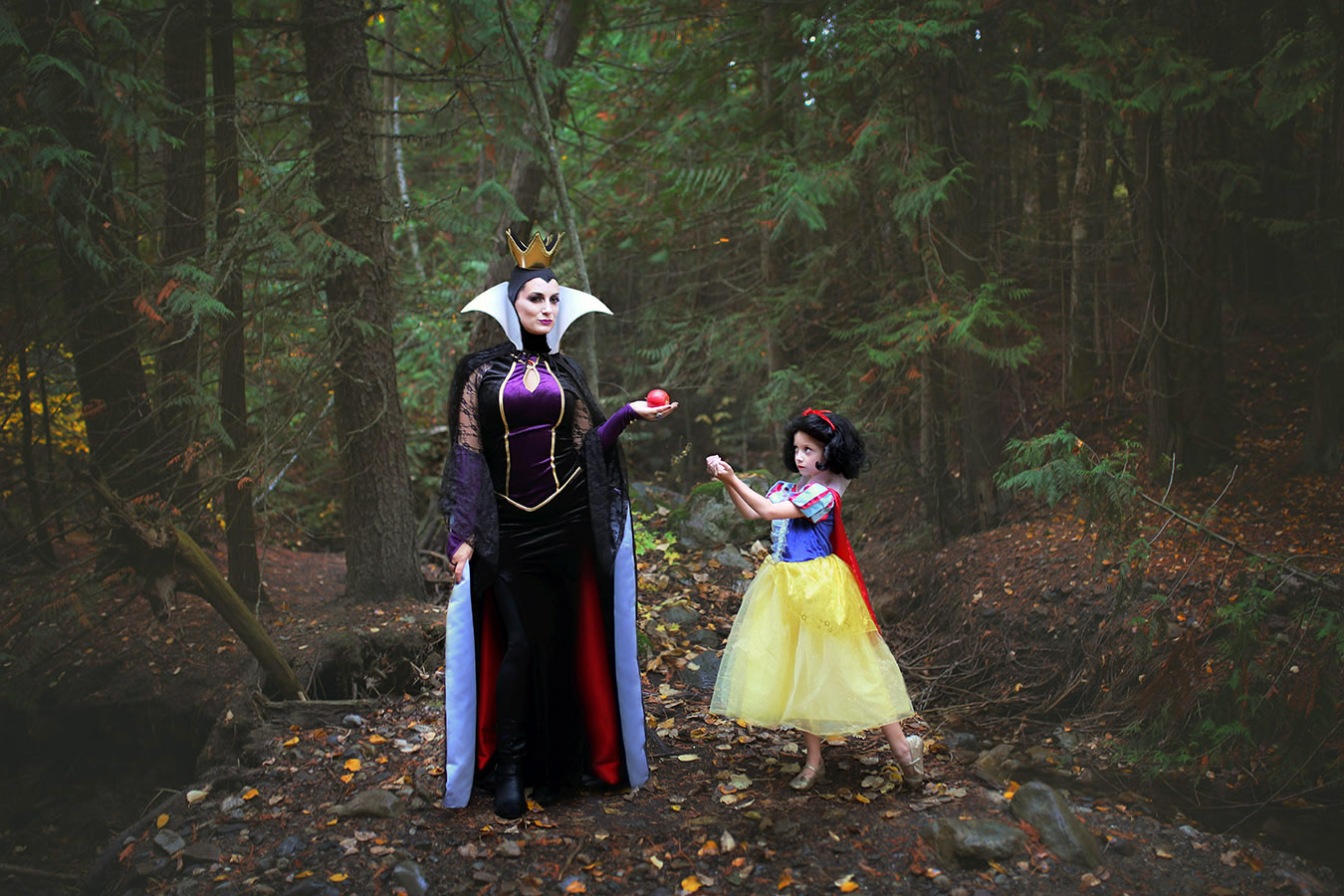 We don’t know exactly how to measure the physics of it, but we’re pretty sure that the bond between mother and daughter may be among the strongest forces in Creation. When the mother is a professional photographer, and the daughter is a cosplayer, it’s like capturing lightning in a bottle. 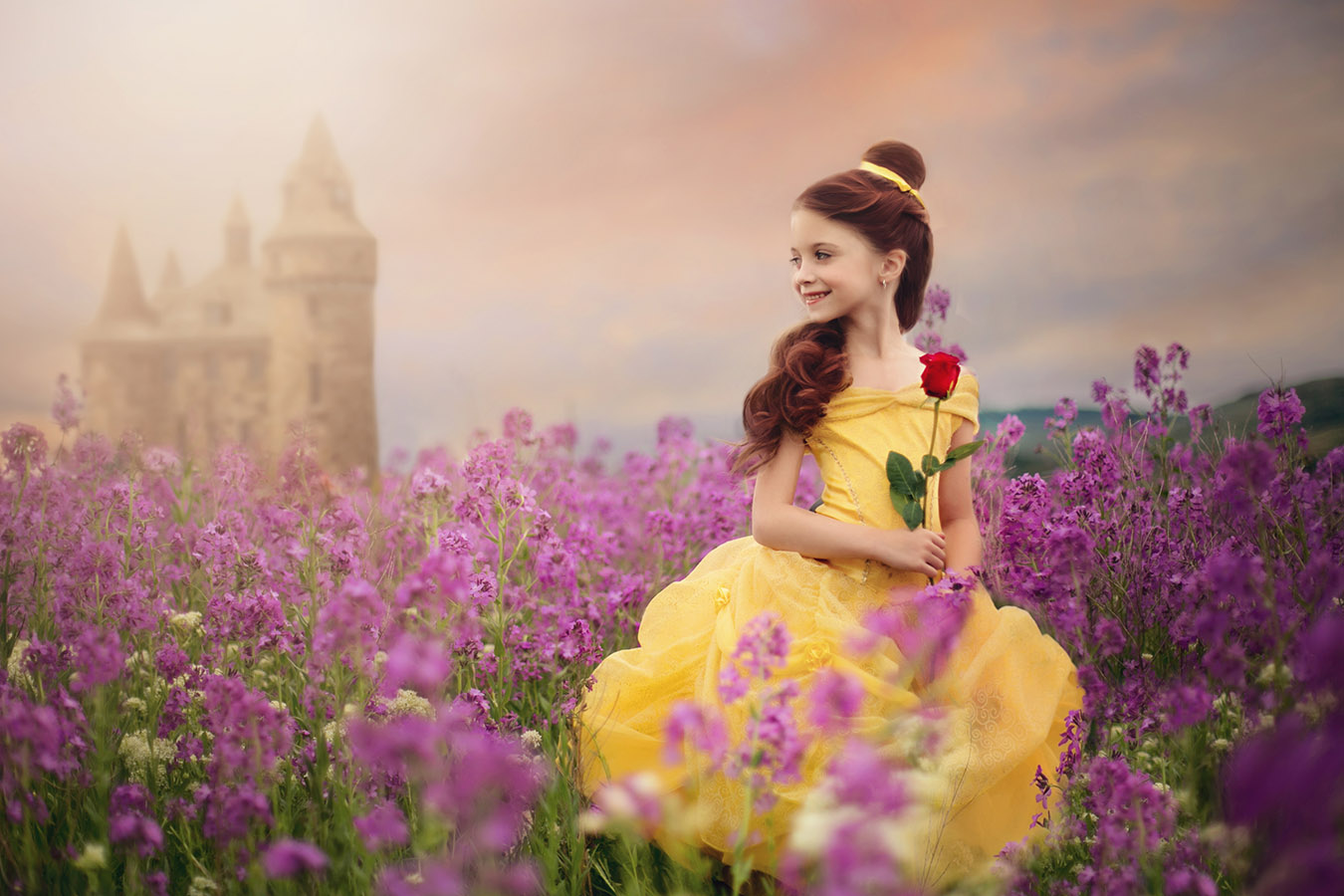 That lightning struck British Columbia-based photographer Camillia Courts in 2014 on a visit to Disneyland. Her shy daughter Layla was only five, but just one princess dress from the Bibbidi Bobbidi Boutique later and she was a Disney cosplayer for life. “Layla has really come out of her shell since we’ve started the project. She likes dressing up and coming up with new ideas and poses! She’s still quite shy and fairly reserved, but I really love watching her blossom with each session and watching her eyes light up when she puts on a new costume.” 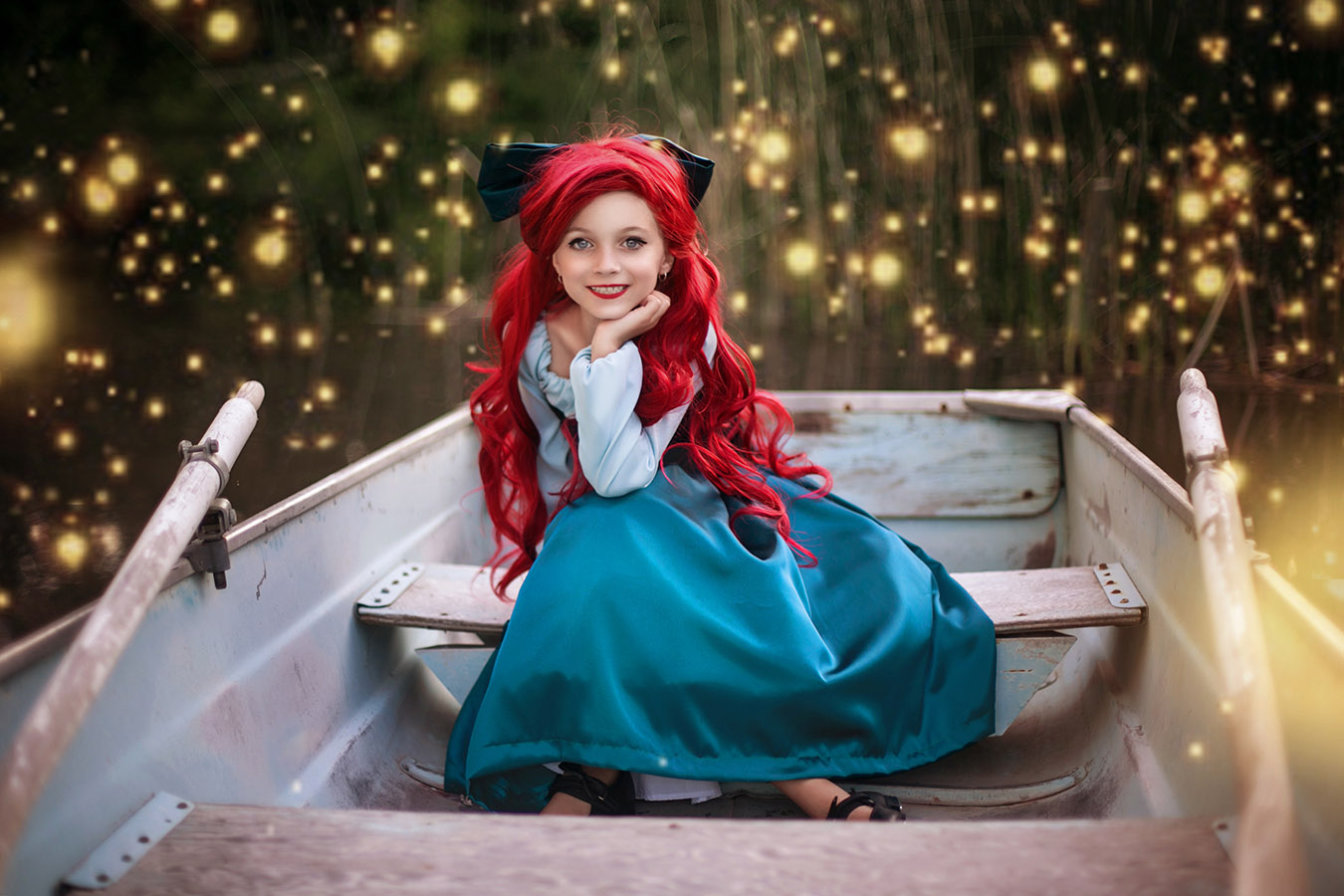 Cosplay has helped momma grow a bit as well. Boutique-bought gowns have given way to custom-sewn extravaganzas, like Little Mermaid Ariel’s ensemble and tail. The photographer mom-cum-seamstress calls that her biggest challenge to date. 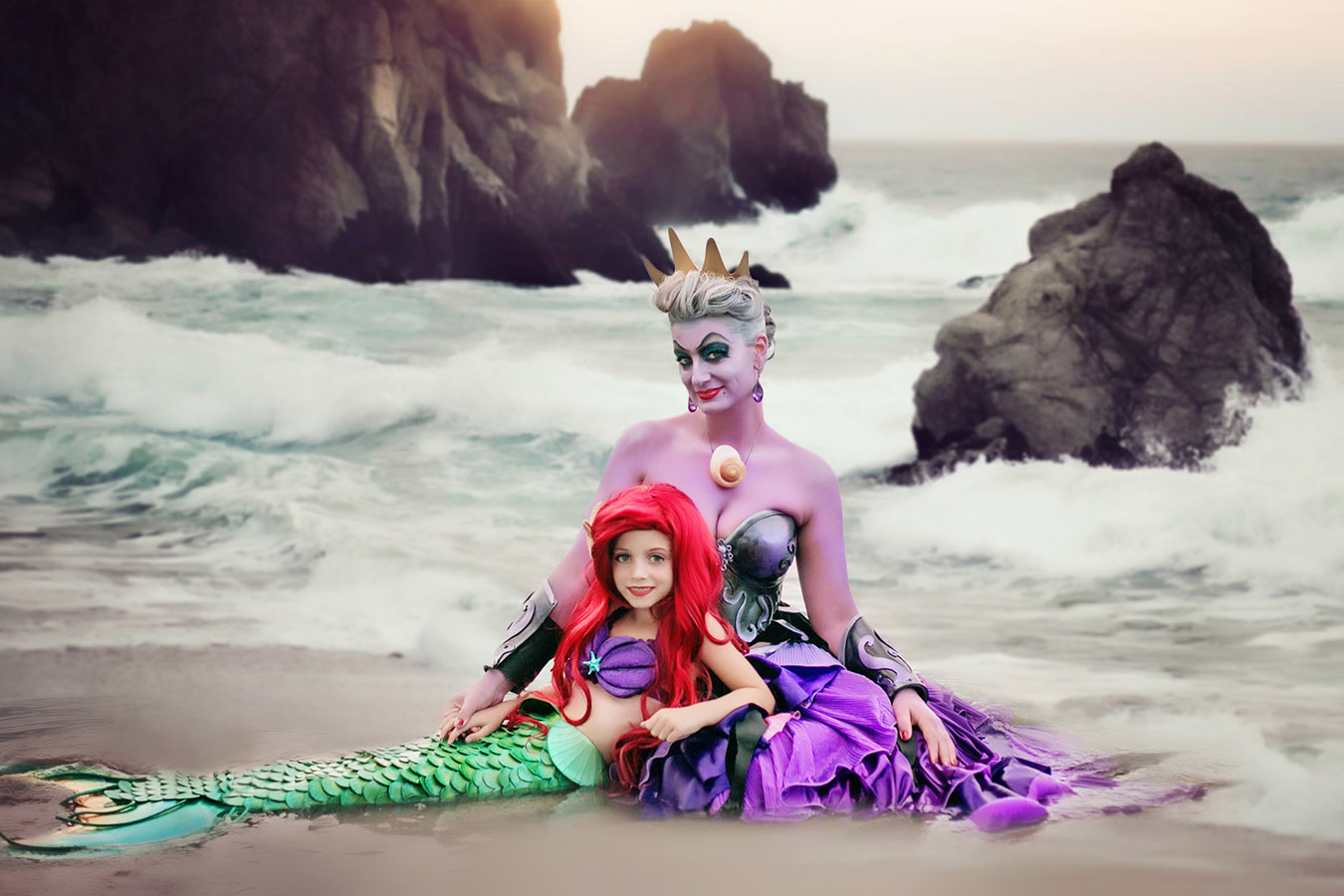 For Alice Lewis, who spent six years careening about multiple foster homes before landing with her forever family just south of Atlanta, Georgia, cosplay transcended dress-up. It was her survival mechanism. 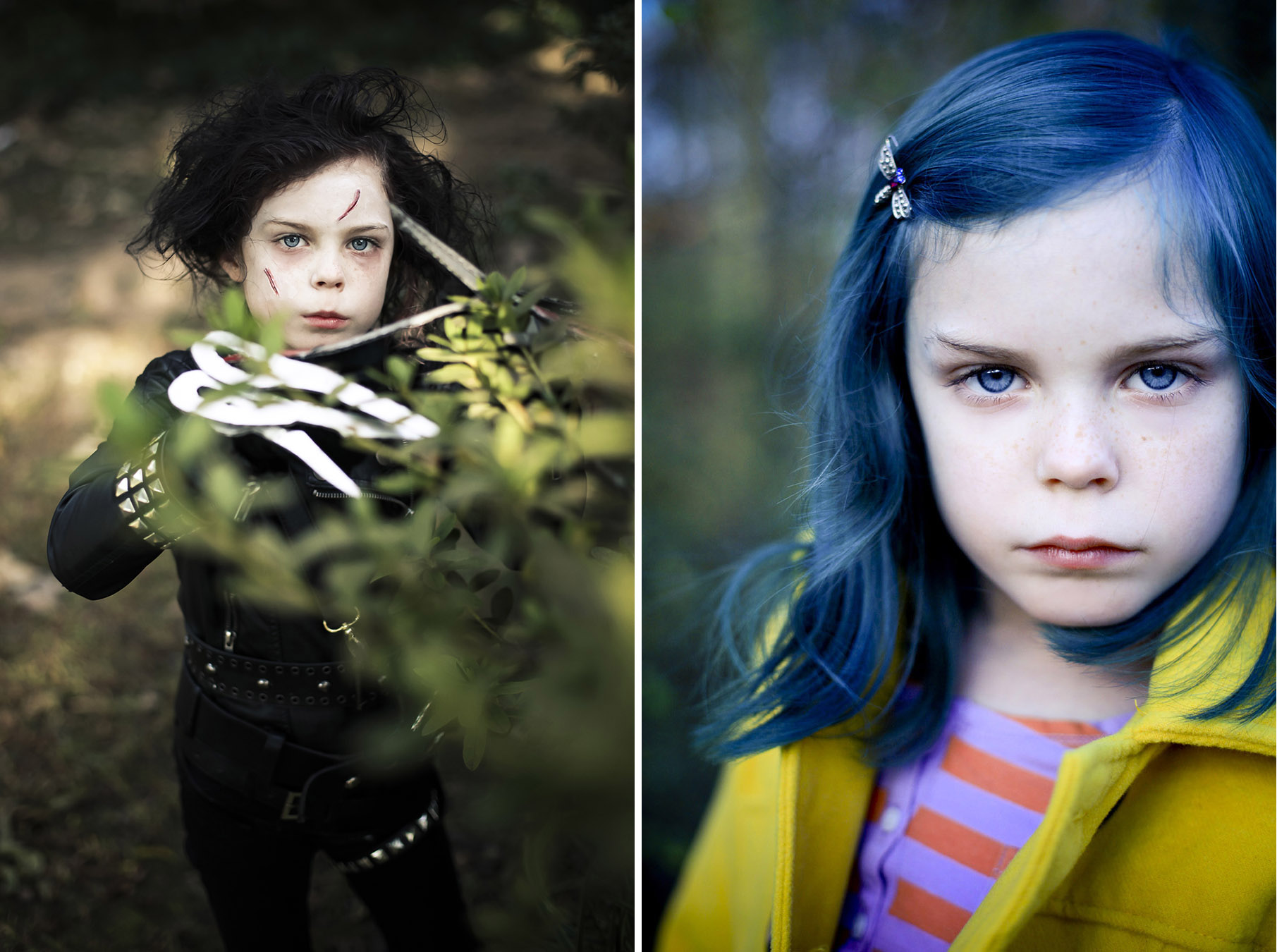 “You have such little control of your identity when you’re a child,” Alice’s photographer mom Kelly Lewis explained. “Alice was so often having to adapt to a new family/home/lifestyle that I think she didn’t really know who she was. She was constantly trying to convince each family she was worth keeping so she played whatever role she thought suited that family. She had no say over what happened to her, and lived in constant fear of the current family giving her back.” 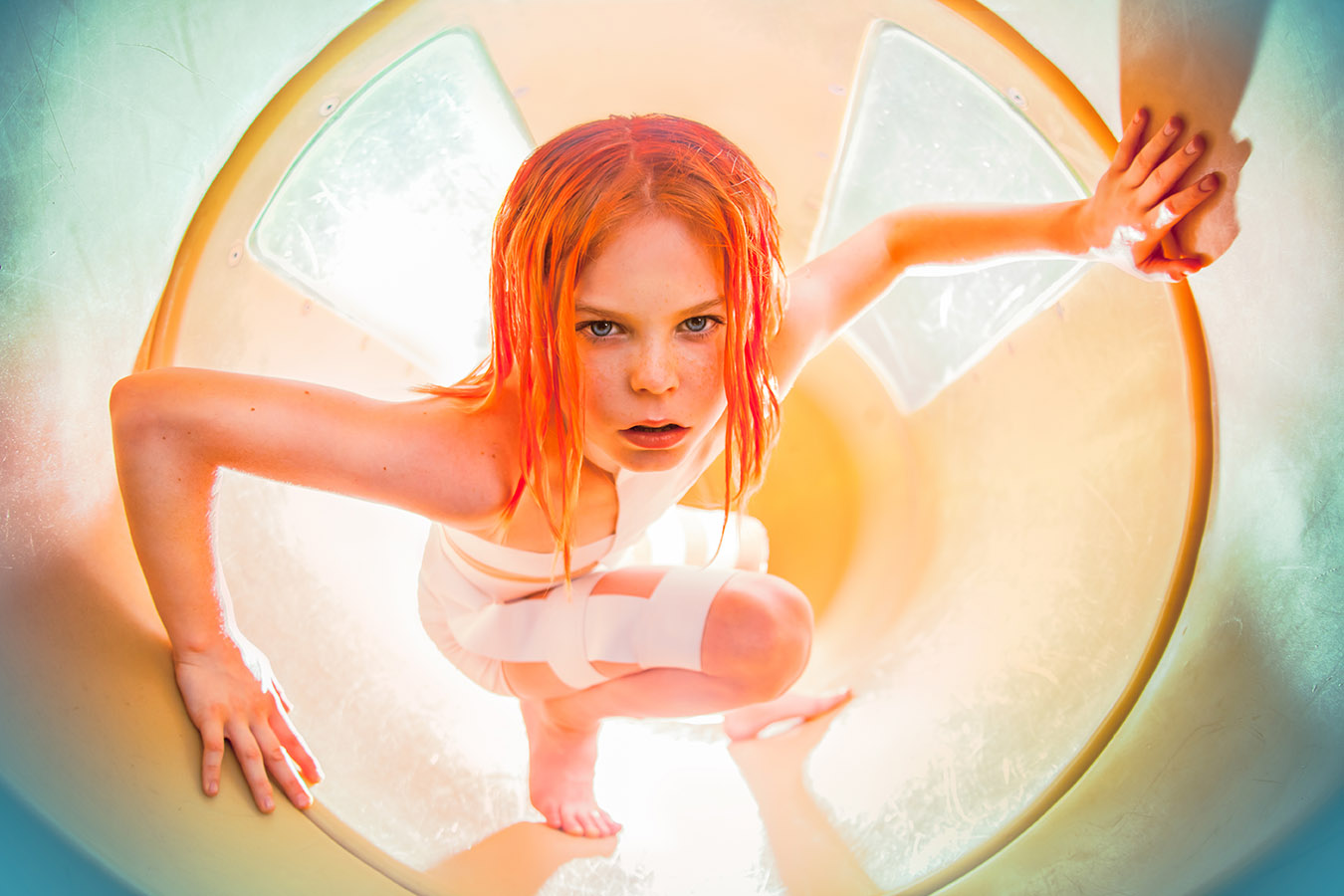 With the Lewis family, and through cosplay, Alice discovered the path to her true self while pretending to be other characters. “She’s incredibly imaginative. She lived in a fantasy world in order to survive and cope with all of the trauma,” Kelly said. “Cosplay allows her to bring that world to life. She’s getting to express herself and show the world how she wants to be seen. She’s getting control of her life back.” 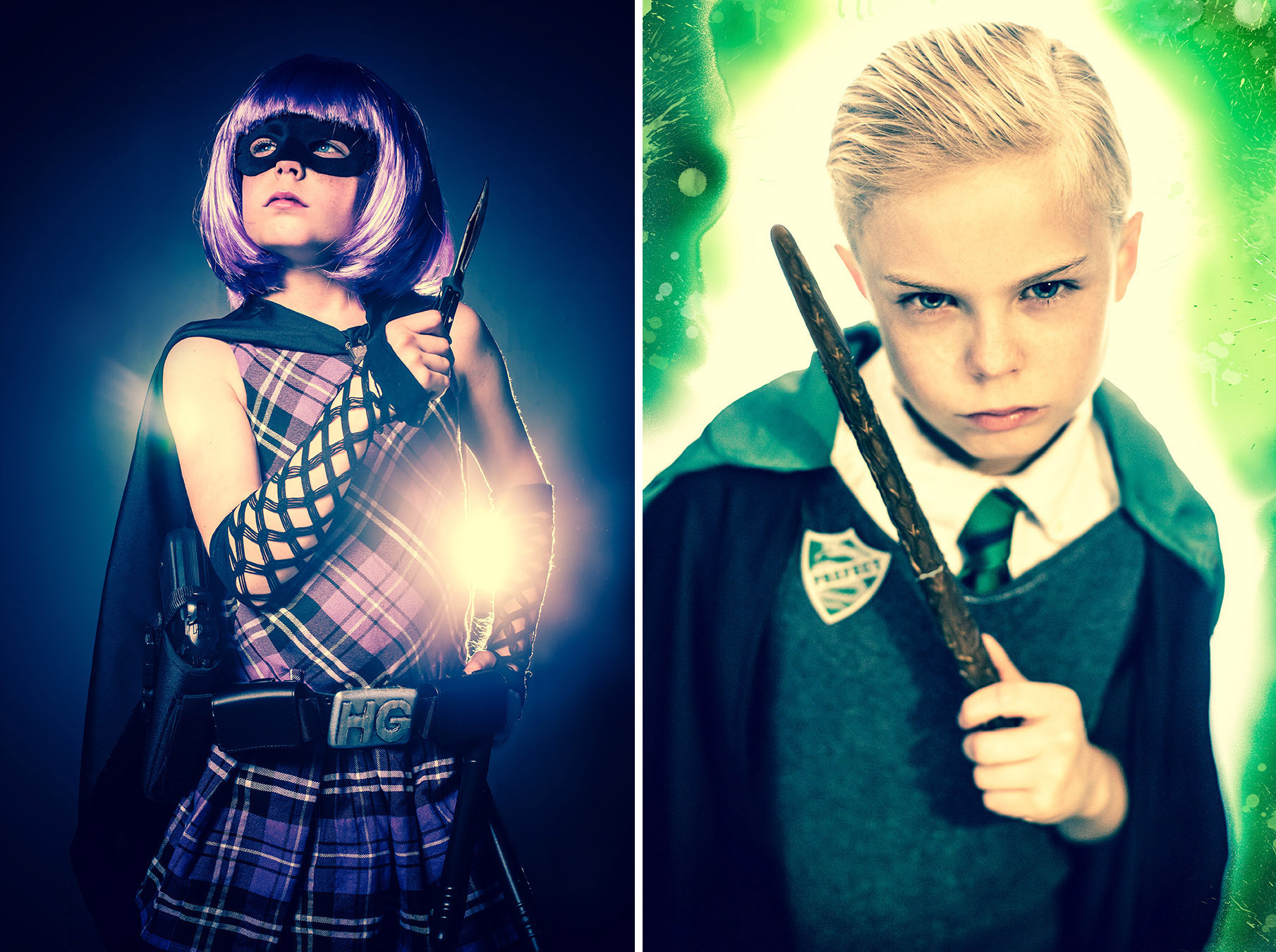 Southern California-based Laura Izumikawa’s daughter Joey’s cosplay started out as an imaginative way for her photographer mom to share her newborn’s progress with friends and family online. Laura credits the cosplay for blowing up that “friends” list into the hundreds of thousands. 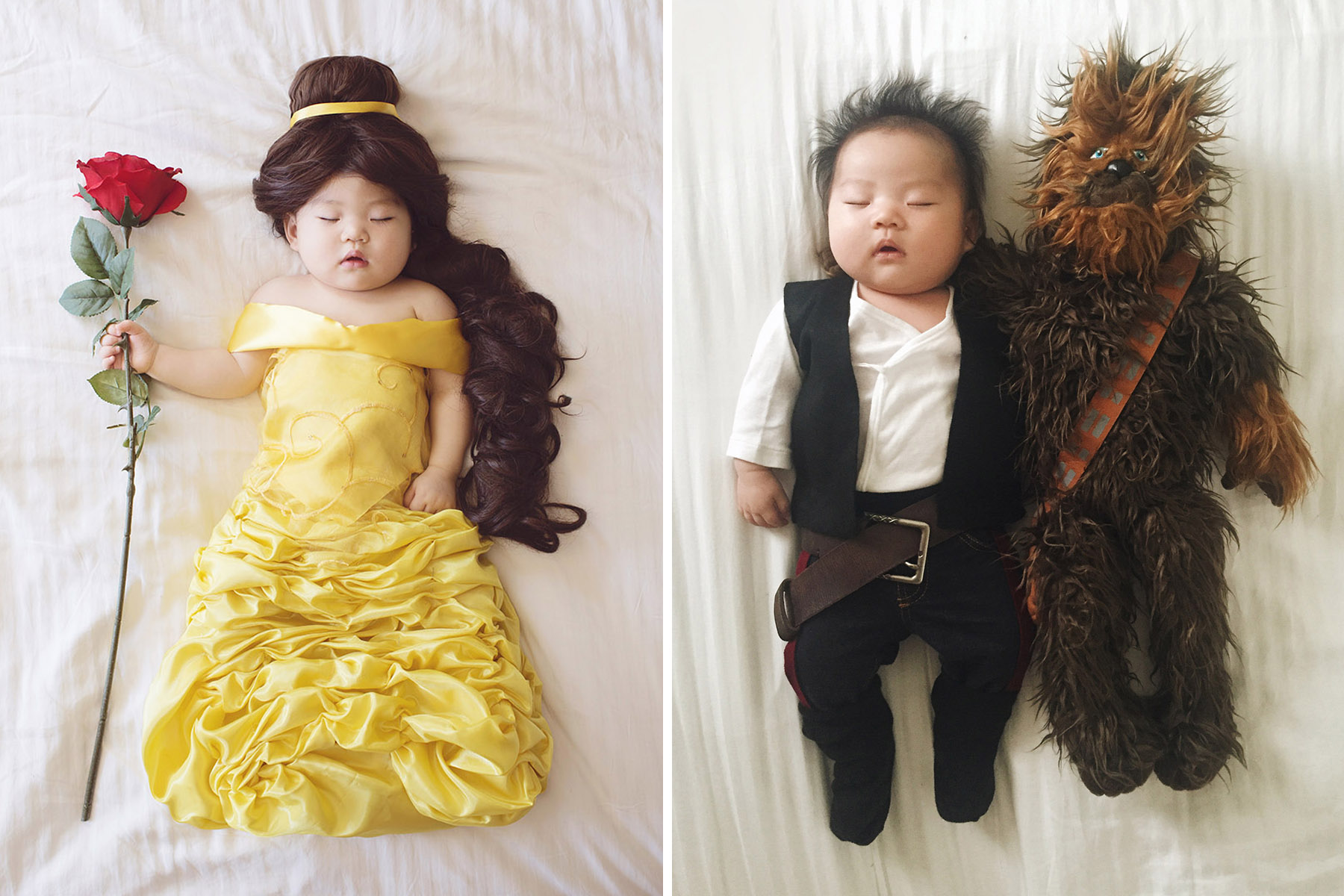 “As a photographer, I always have this desire to shoot something different and new,” Laura said. “Adding cosplay features to my shoots with her have made it not only more enjoyable for me but for my family and now our fans who somehow can connect with us more because they know who these characters are. Joey is too little to appreciate the cosplay but I’m sure if she’s like her mommy and daddy, she will grow to love cosplaying as her favorite characters.” 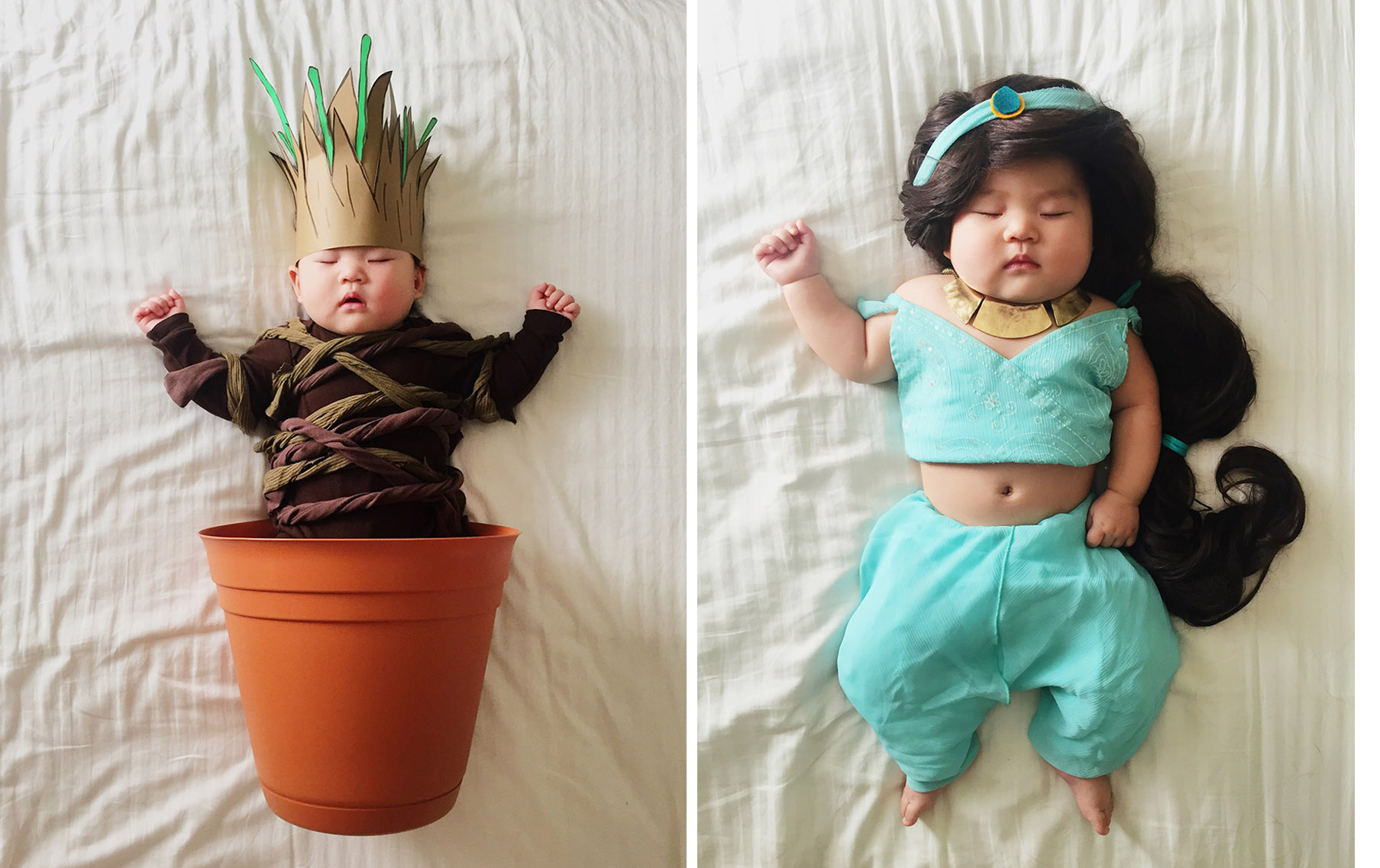 Joey may be too young to enjoy her mom’s work, but with over 570,000 followers on Instagram, the tot has become a full-fledged internet celebrity. The book Naptime with Joey, a compilation of her sleepy-time sartorialism, was released last year. 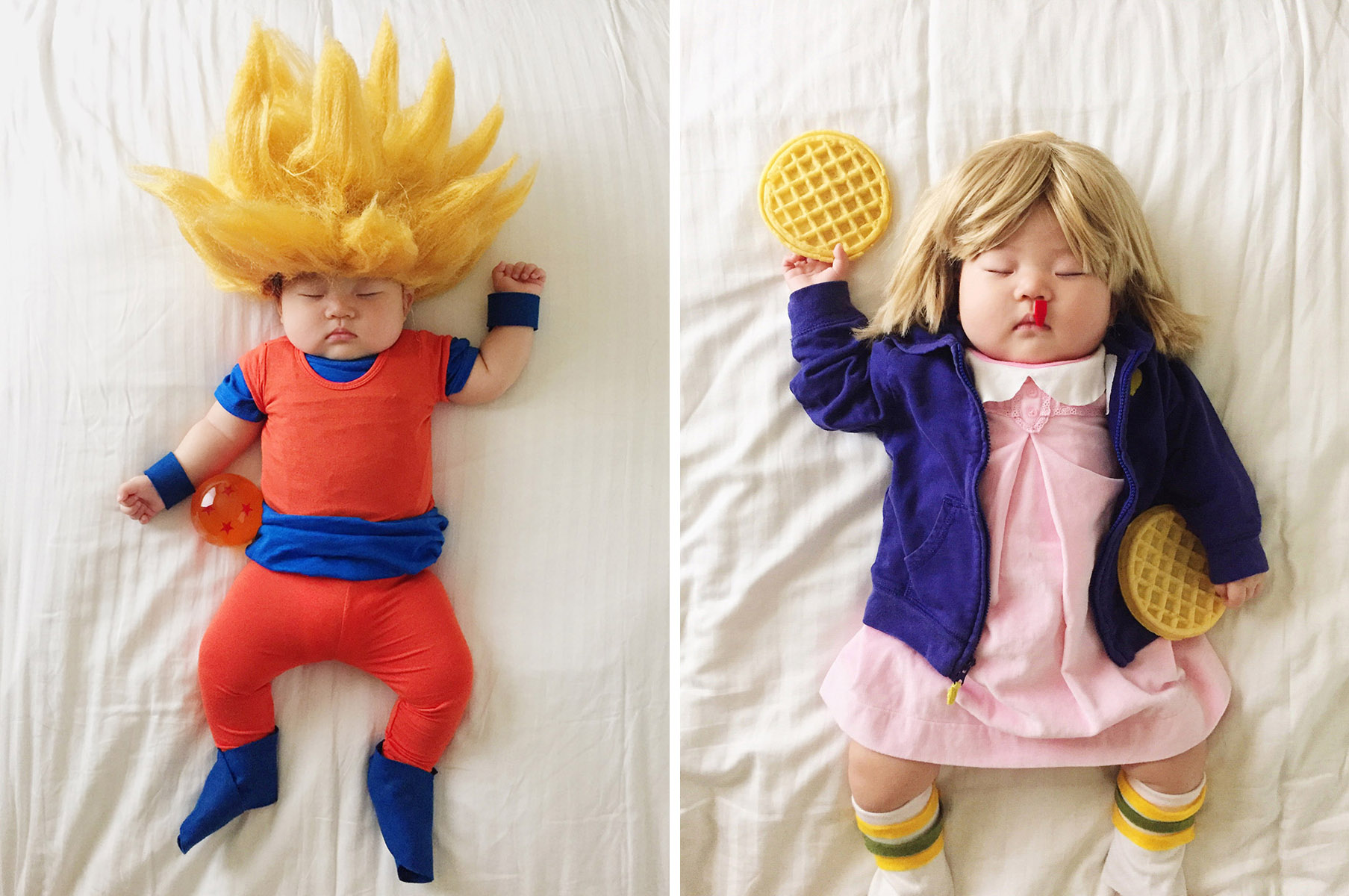 The problem with being an internet celebrity is, of course, the internet. “I think I received every kind of ‘mom-shaming’ comments ever made,” Joey’s mom told Cosplay Culture. “I was accused of causing her permanent brain damage, trauma, and physical abuse. There were threats to report me to Child Protective Services and the police, as well as death threats.” 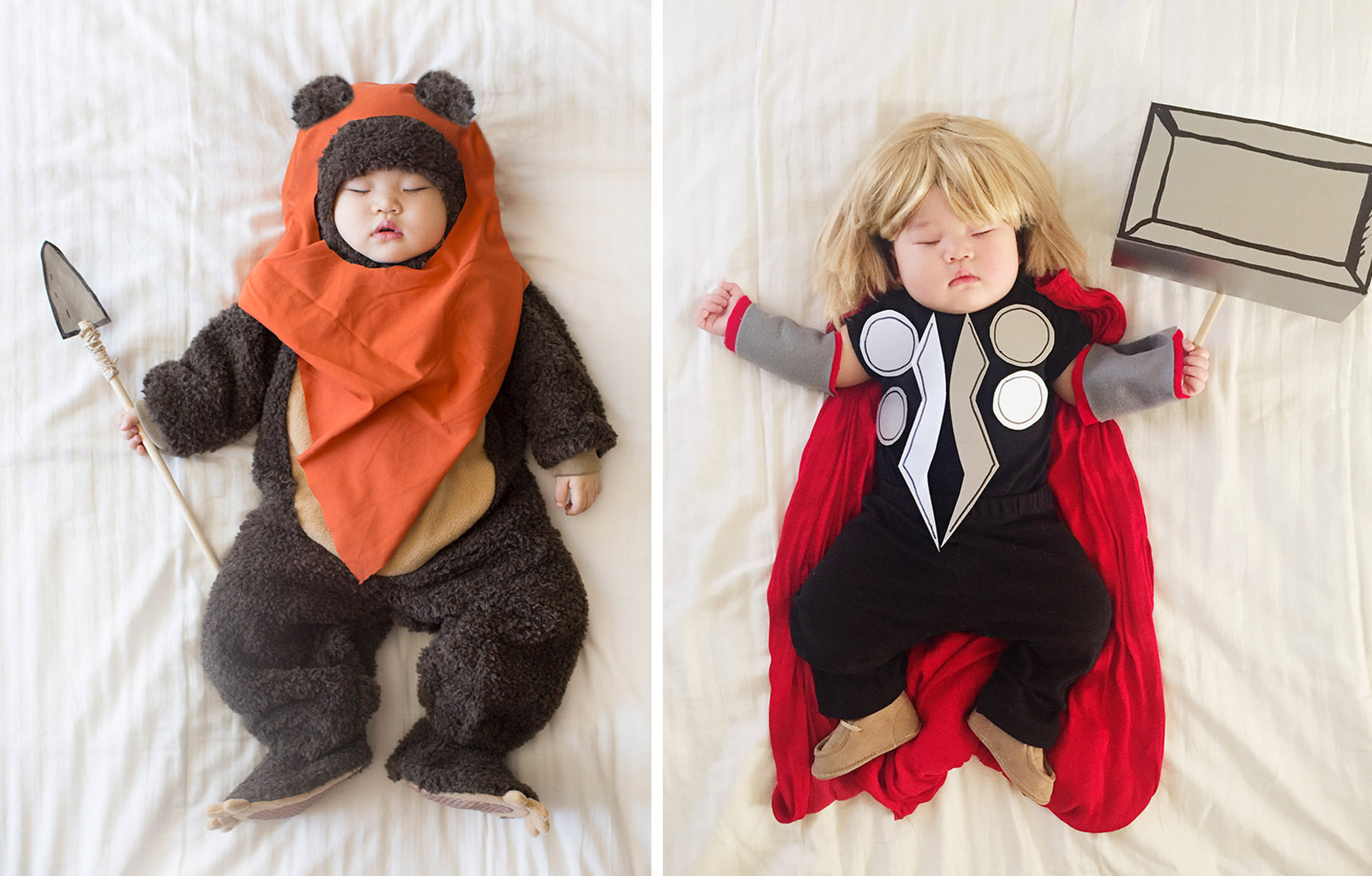 As it turned out, almost all of the mom-shaming comments came from people with no kids, which should surprise no mom, anywhere. 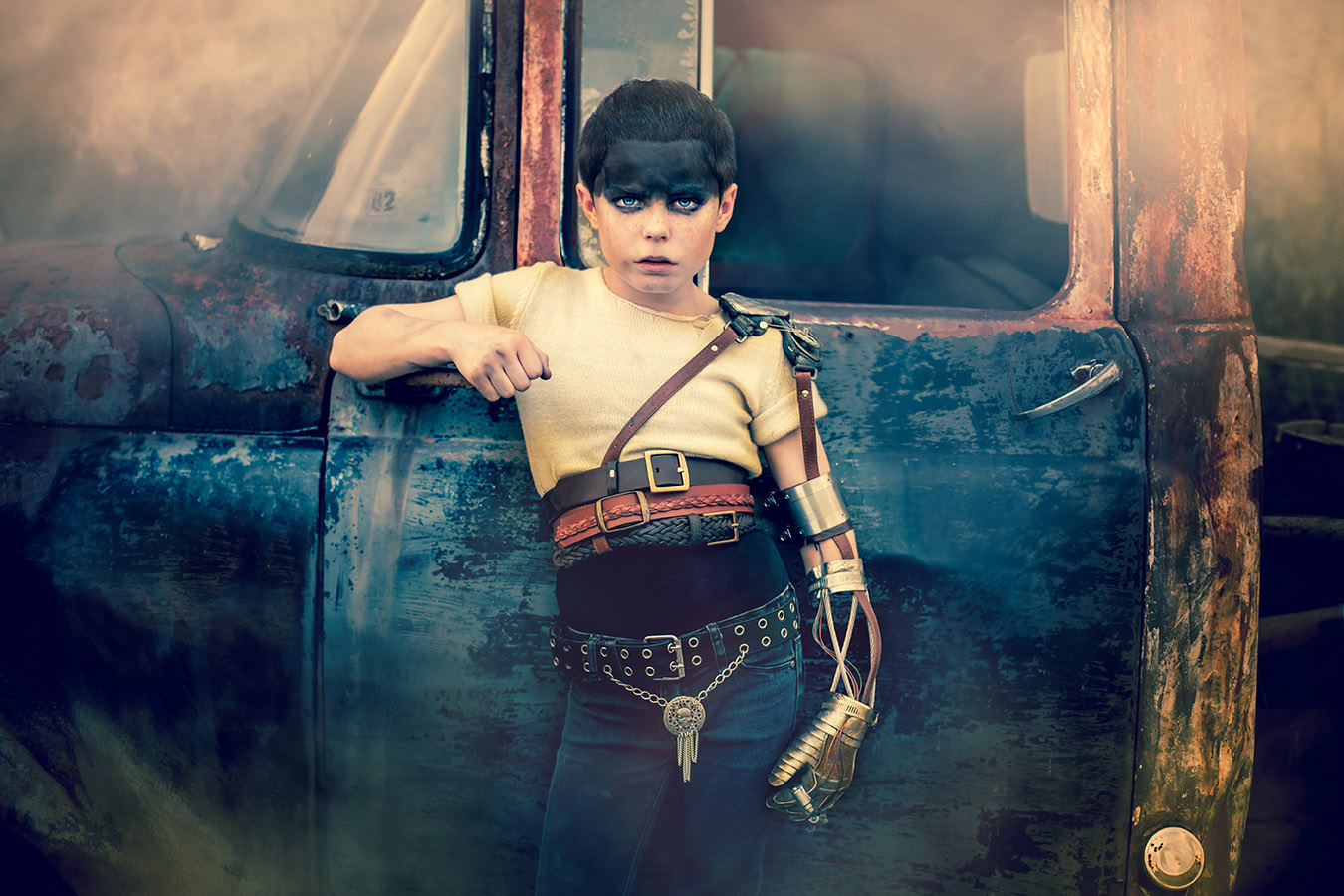 It was Alice Lewis’ taste for the macabre that triggered her trolls. “Most of the negative feedback we’ve received from Alice’s cosplays has been because she’s portraying some darker characters,” Kelly Lewis said. “It makes people very uncomfortable when little girls don’t smile. When Alice is portraying Coraline, Leeloo, or Furiosa a smile just wouldn’t make sense. She’s playing strong characters that express emotions other than happy.” 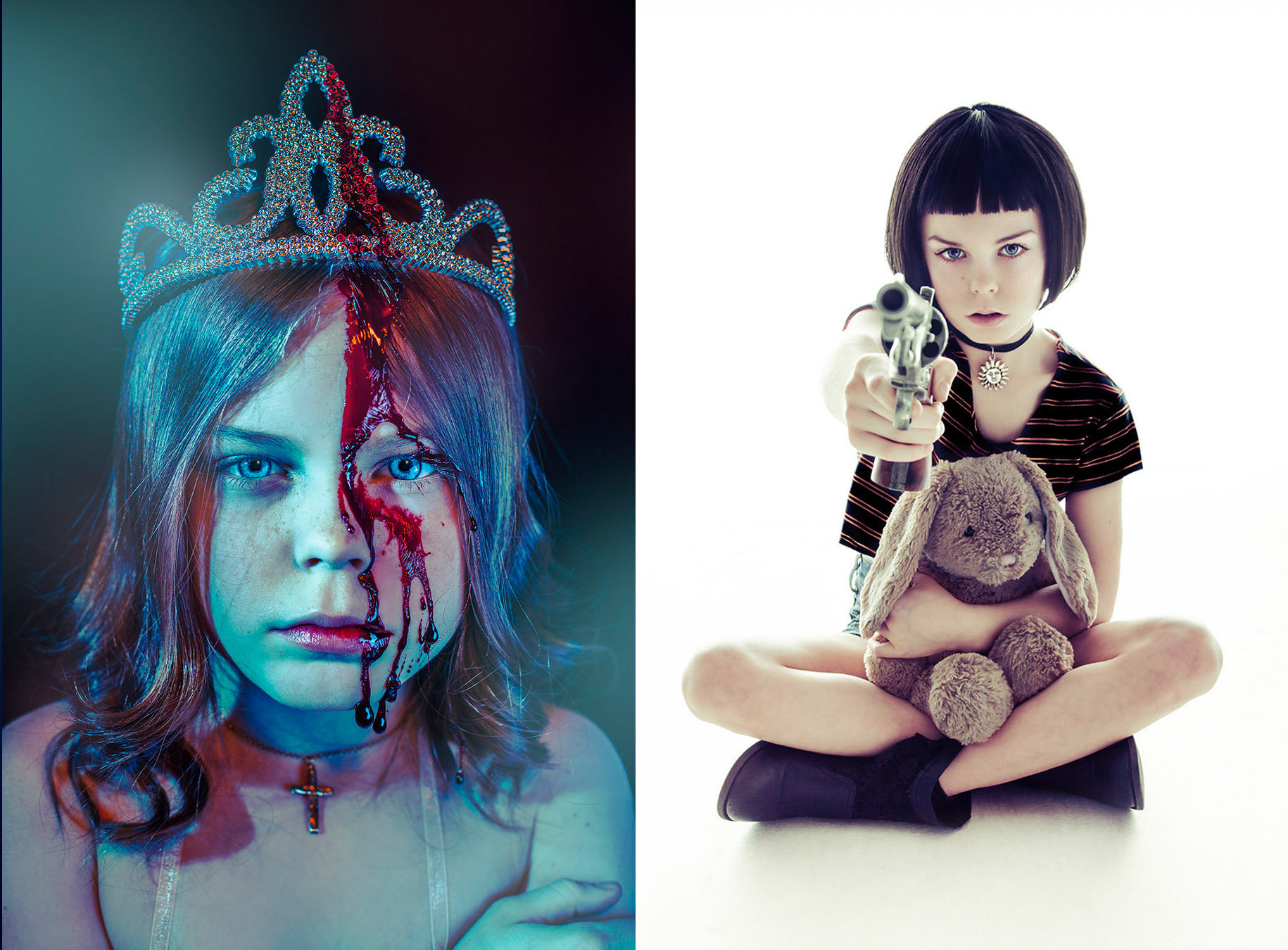 Alice’s penchant for portraying some of pop culture’s creepier characters brought her to the attention of independent horror film director Bret Wood. His Those Who Deserve to Die, starring young Ms. Lewis, finished filming and is soon scheduled for release.

Disney princesses, of course, are all about The Happy, so Layla has so far been spared judgment by the internet tribunal. That suits her mom just fine. “I shield Layla from any sort of internet fame that comes our way as much as possible,” Camillia told us. “I want her to be a normal, regular kid and just enjoy her time.” Too late for that. Layla is already an awesome kid, just like Alice and Joey, and all take after their moms. 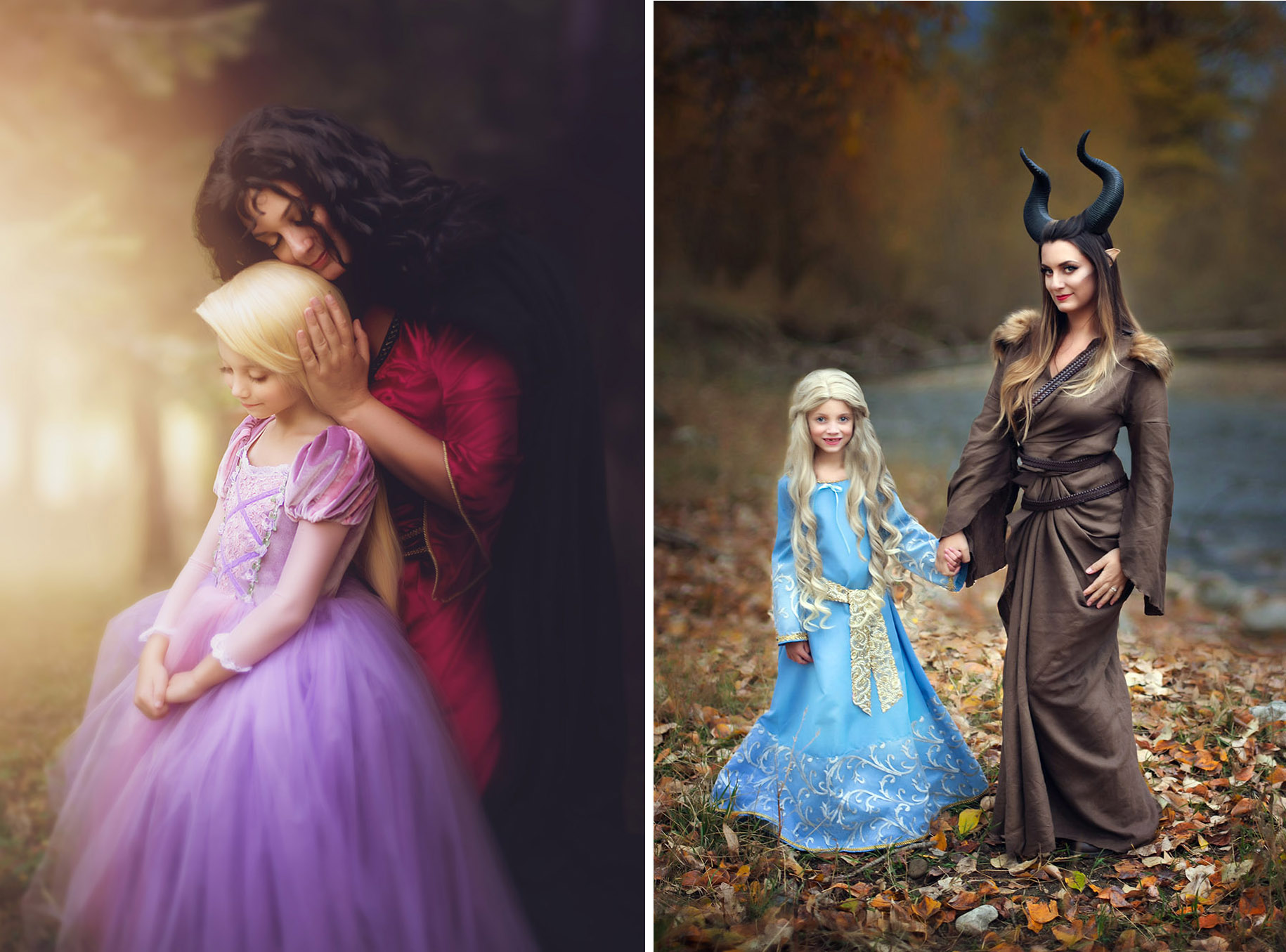