A big question newcomers to cosplay always face: how to accurately and faithfully reproduce a favorite prop or costume from a 2D representation to a 3D one? Reference may be scant, perspective can be skewed, with design art often based on the impossible proportions of an anime or game character, not an actual human one.

Here, Clarke Cosplay shows you some things to consider when in the planning stage to help solve these problems, as well as some basic tools to help bring a more accurate cosplay to final build.

STEP ONE: Planning and Perspective

The question of how to make props and outfits accurate to their original picture, video, or game reference also came up in a Q&A session between Punished Props Academy and Kamui Cosplay. It can be a difficult if not impossible task to make something truly accurate. In a video game, there may be “perspective” software that can distort the object when seen at various angles or even the quality of its rendering or size. In videos, pictures, and even cards like Magic: The Gathering, you’re trying to turn a 2D object into a 3D one. You may only get certain views of it like in a movie trailer. Is your reference picture a perfect side profile or is it at a slight angle? Are parts of the person exaggerated more than others? 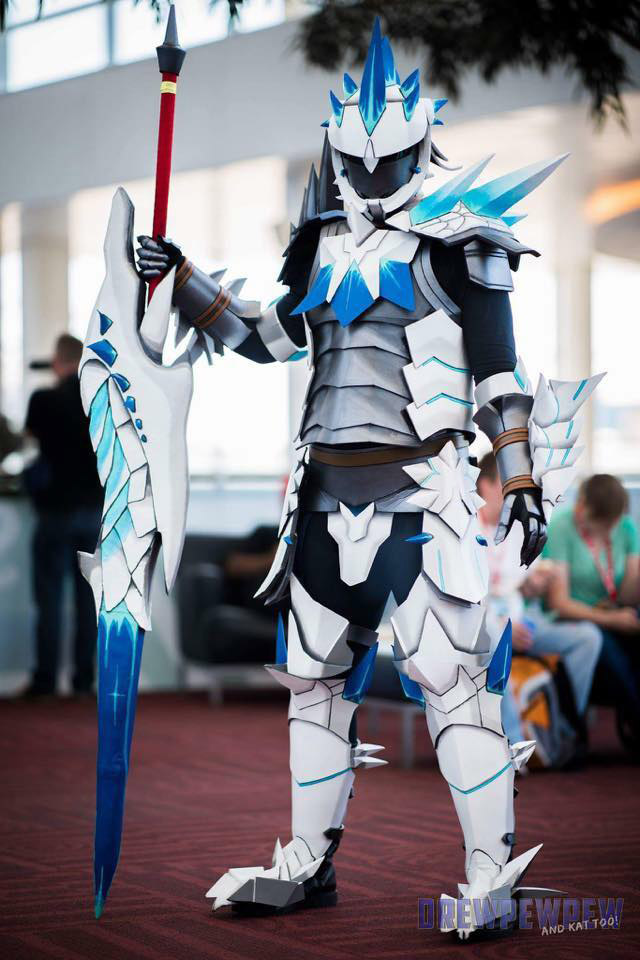 In the case of my Altera Blademaster Armor from Monster Hunter: Frontier G, I had only three images to use as a reference: two front views and one back, and the Lance has only two. The armor is so rare in the game there isn’t even a video of it in gameplay. With my armor, you may notice in the main picture the knight’s legs are long and massive, followed by a short torso, and a rather tiny head. Clearly the suit will not and can not be true to form with the picture because no human is shaped like that. So each piece is built with a biased judgment of perspective: Do I make the shoulder guards massive to reach the height of the top of the head or do I match them with the size relative to the body armor? 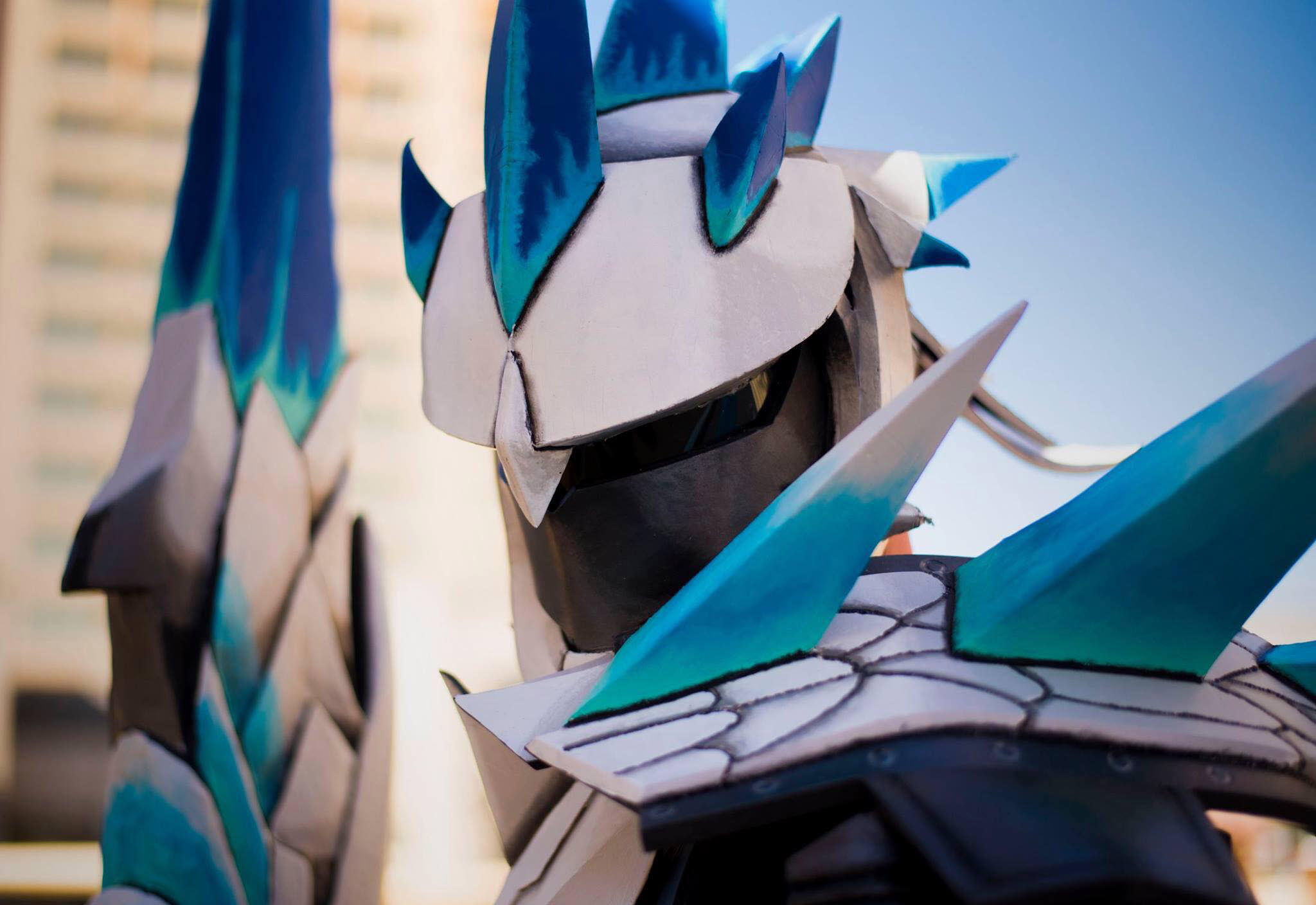 The protruding chin piece on the helm was a victim of perspective. If I had a tiny head like in the picture or built the body armor to be massive, it would easily fit behind the chest spike, but since I have a normal head, I chose to keep the spike and the chin had to go. The proportion and size of the cosplayer is also important to consider: A tall person’s suit will be built differently than a shorter one’s. Likewise, a person with a long torso will build theirs different than a person with a short torso.

Here’s another great example of perspective. Below are two pictures of the Altera Lance. 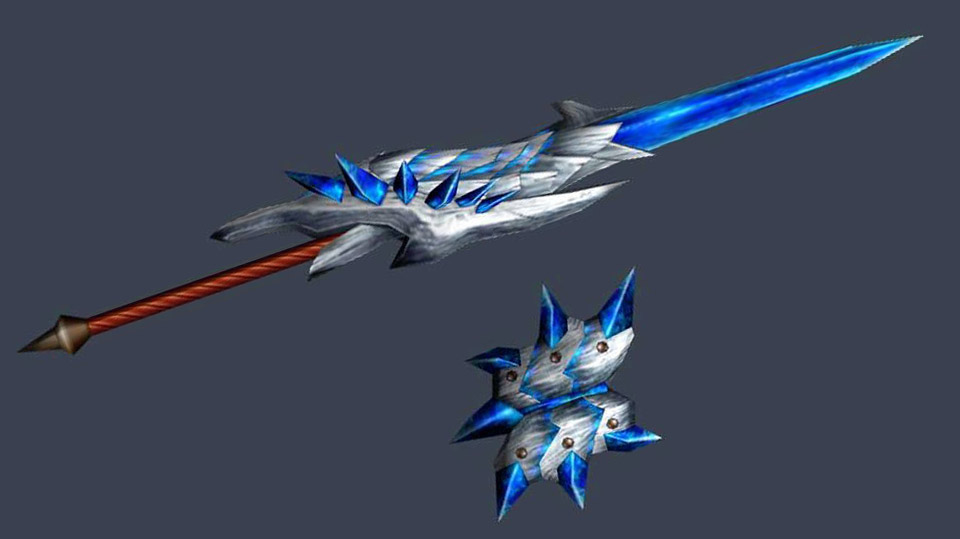 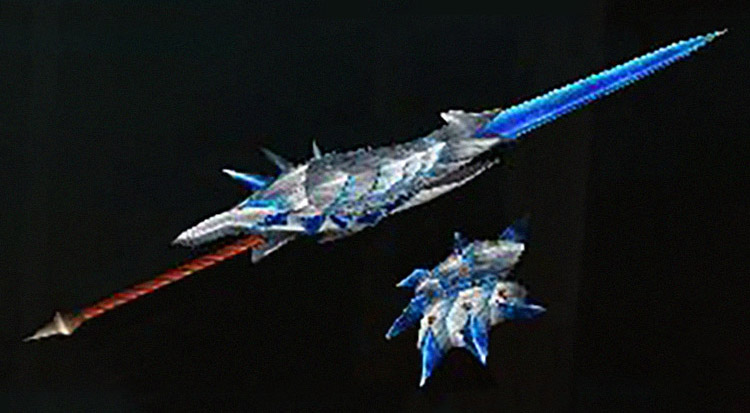 The top one makes it appear as though the side is wide and not terribly thick. The second one is the opposite. It shows a wide top with a thinner side, not to mention it’s at an angle. So which one do you pick to make? Since the top one was of better quality, I chose that as my reference. 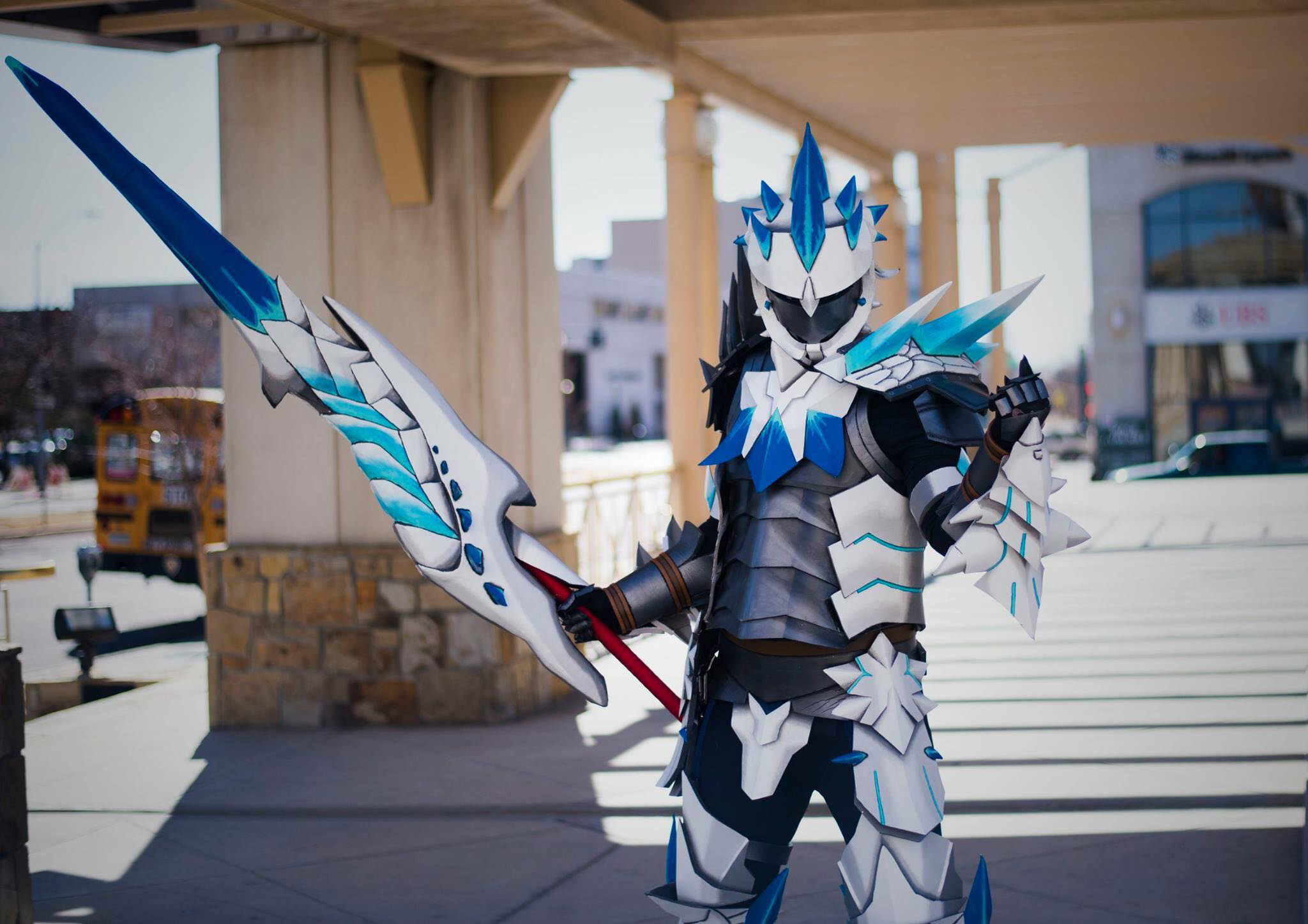 Cosplay is constantly grappling with this notion of perspective, and it’s more obvious than you may realize. How many Deadpools and Cindys from FFXV have you seen for example? How many Mercys or Tracers from Overwatch? Are they all the same? No. In fact they are all different in some way. How about Captain Americas or Wonder Womans? My particular Altera Blademaster Armor has been built by only two other cosplayers to my knowledge. Do they look similar? No, they are actually very different. Emphasis is given to some parts where I did not and visa versa, and designs are different. Any cosplay you’ve seen that are of the same character but by different people will be a little different, ignoring cosplayer skill and experience, because of this notion of perspective.

So if your build does not look 100% like your reference or just like another cosplayer’s, it’s totally acceptable. In the end, nobody will ridicule you for not having a perfect build anyway, nor will they even know what every tiny detail should look like. They’ll have looked at it for maybe a couple minutes, not months. So just have fun with it!