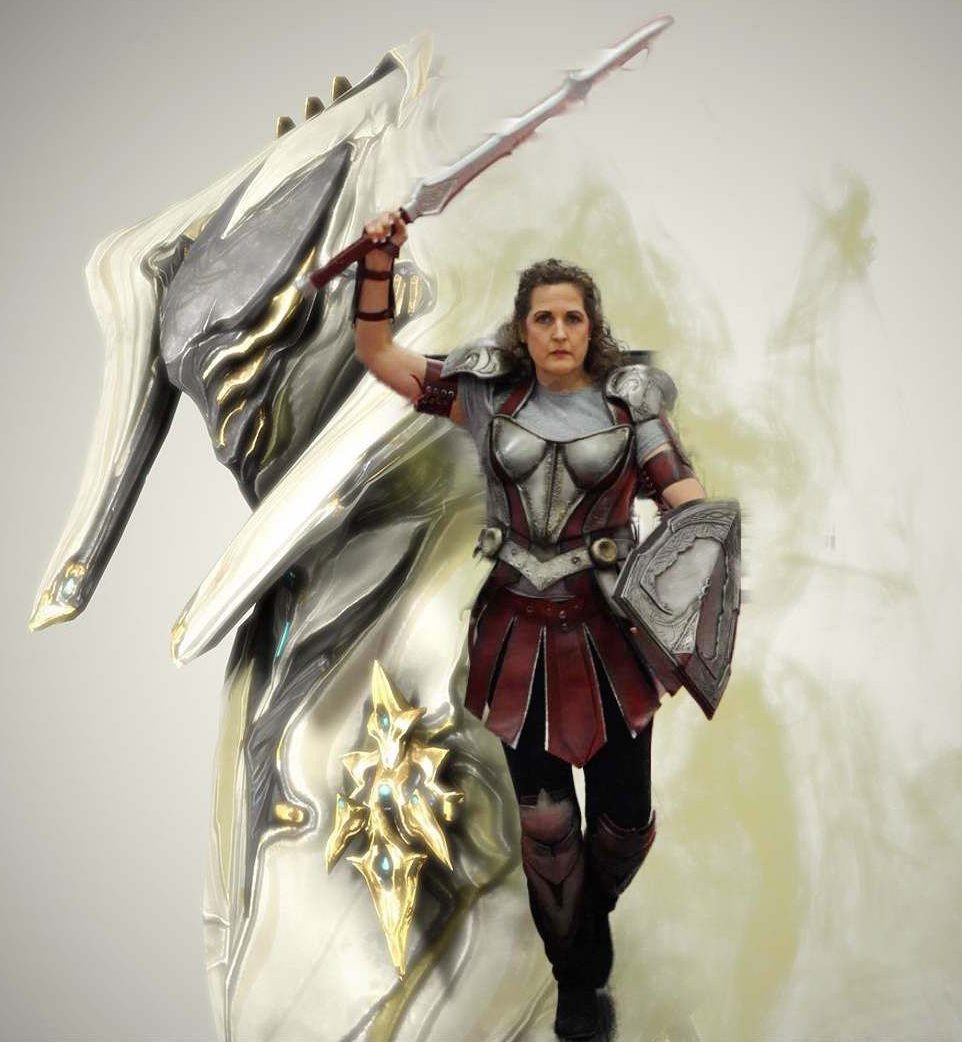 by Bruce Holt at Crazy Costumes

This Lady Sif costume was created for Kathleen Thompson of Springfield Missouri, for the Branson IMAX premiere of Avengers: Infinity War. With a short 3-week deadline, about 40 hours were spent on the build, from a duct-tape body-form to the finished product.

First a body-form of our model Kathleen was created with Duct tape, followed by patterning our rendition of the warrior Sif. After this, it was on to cutting over 200 pieces of 4mm foam and leather. Belts and kilt pieces were sewn together, and snaps applied, as per our model’s measurements. Pre-heated Eva foam was used for shaping and detailing, and score lines cut. 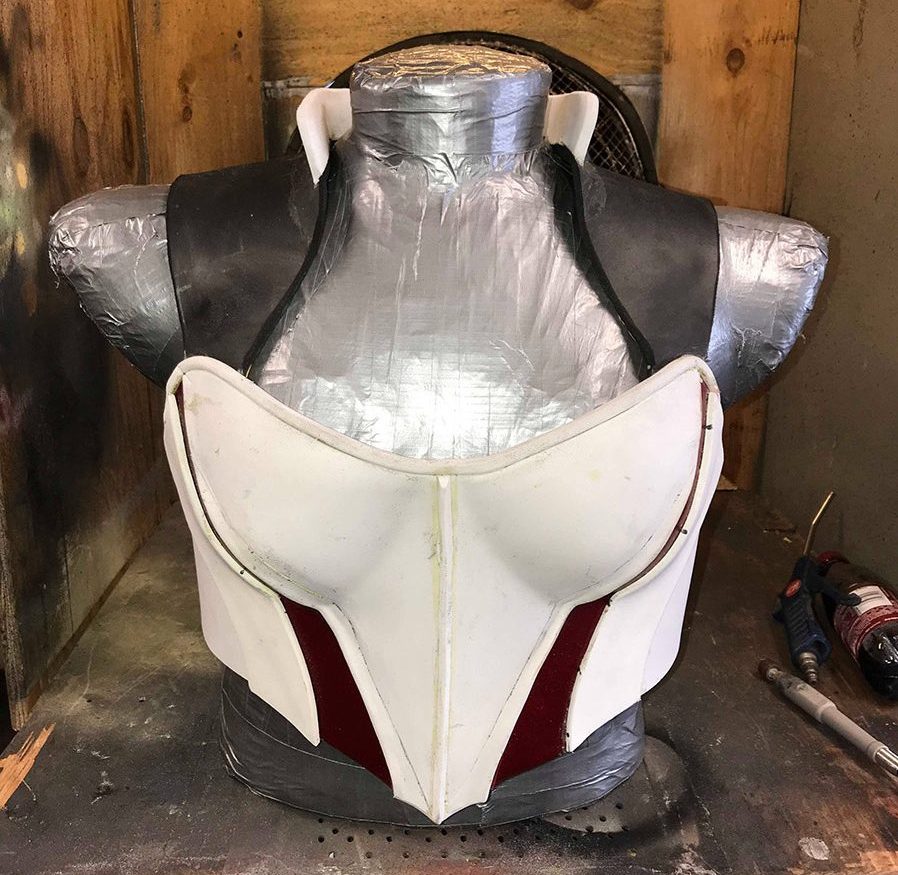 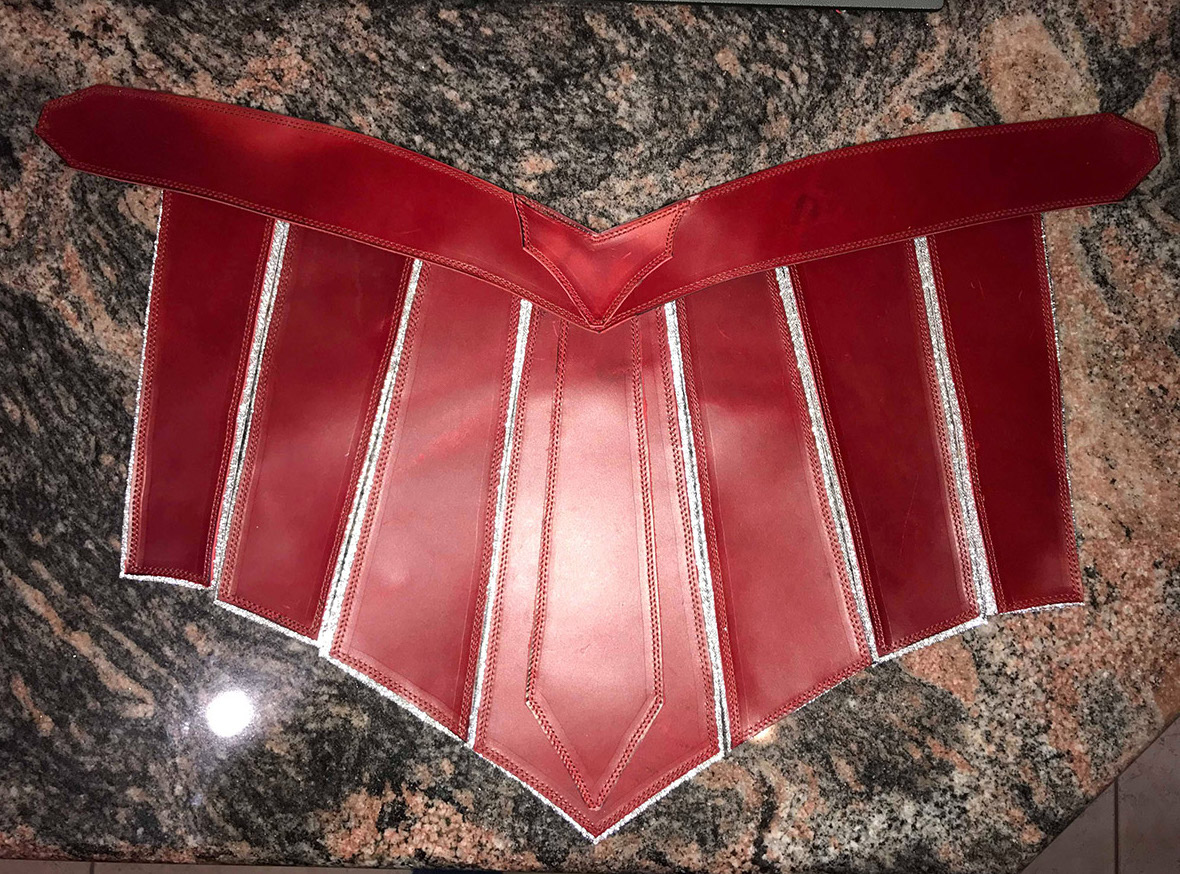 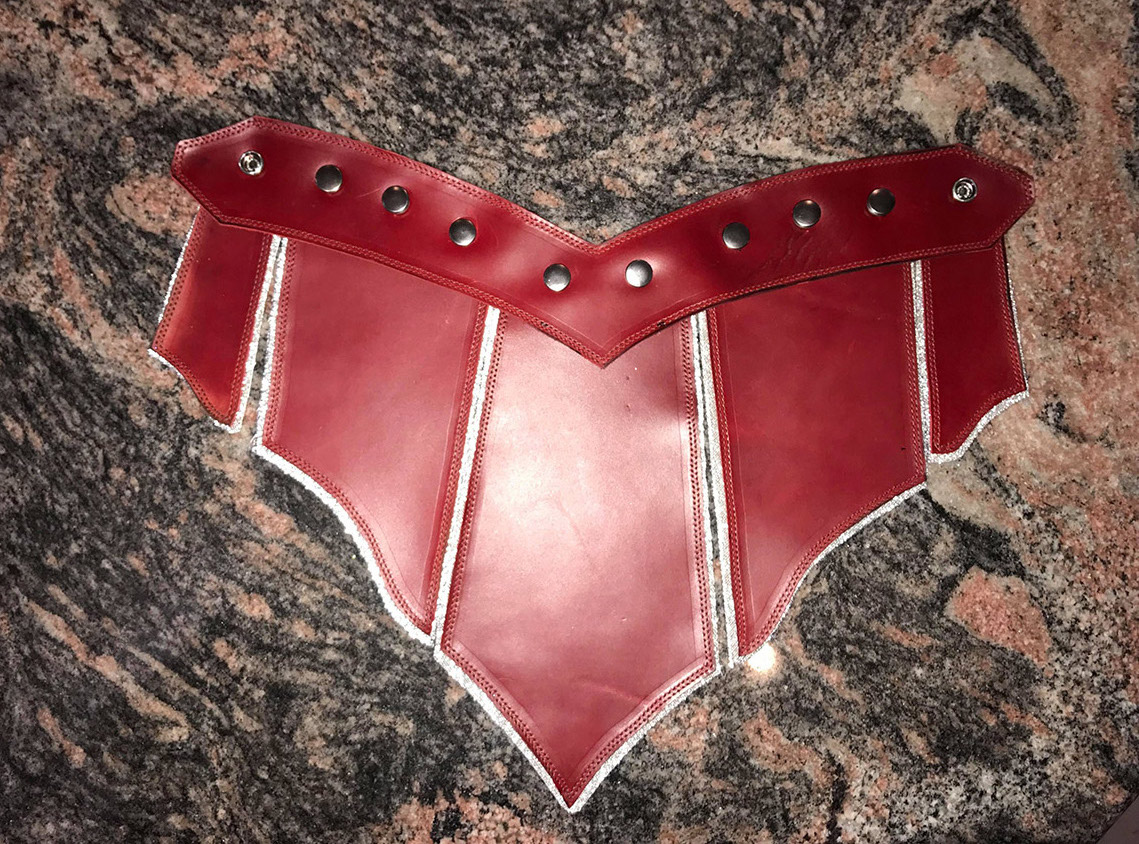 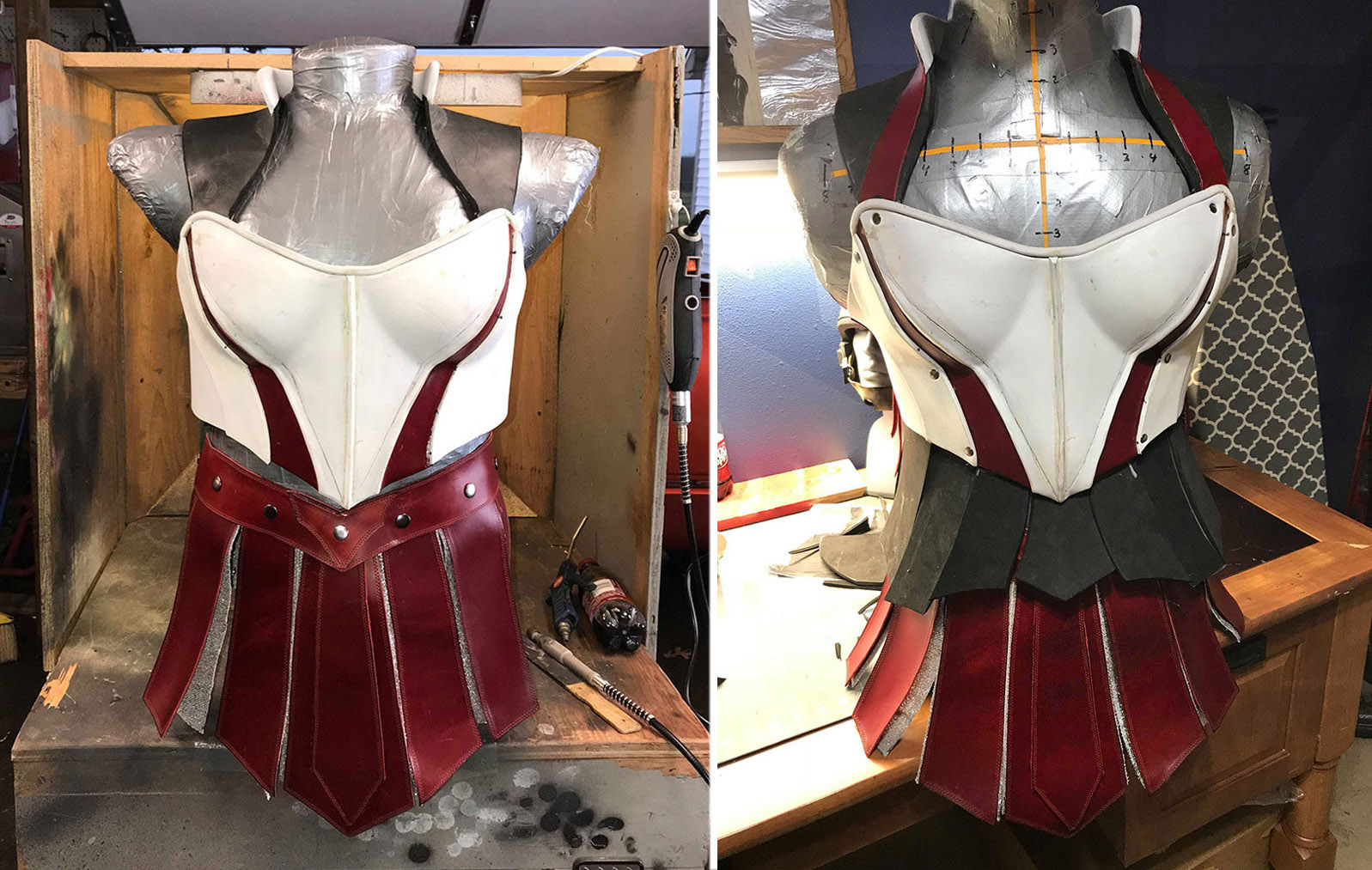 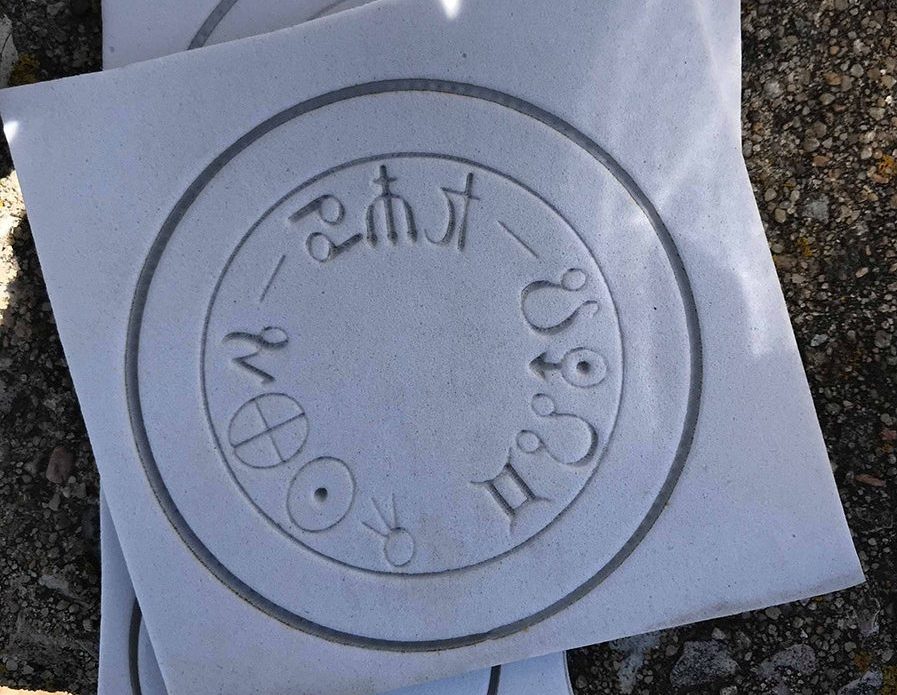 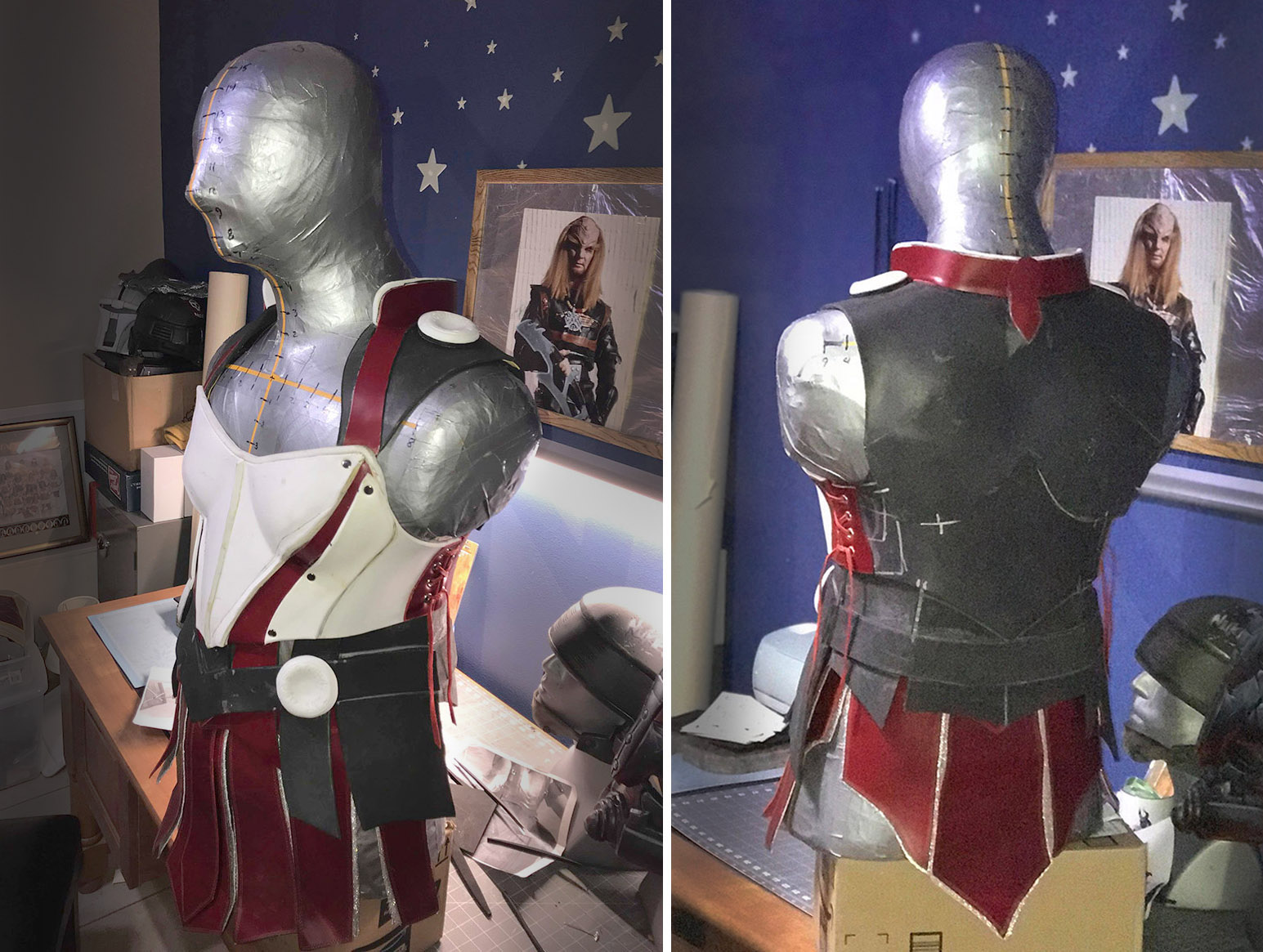 After all the parts were assembled, extra details were added using Craft Puff paint. 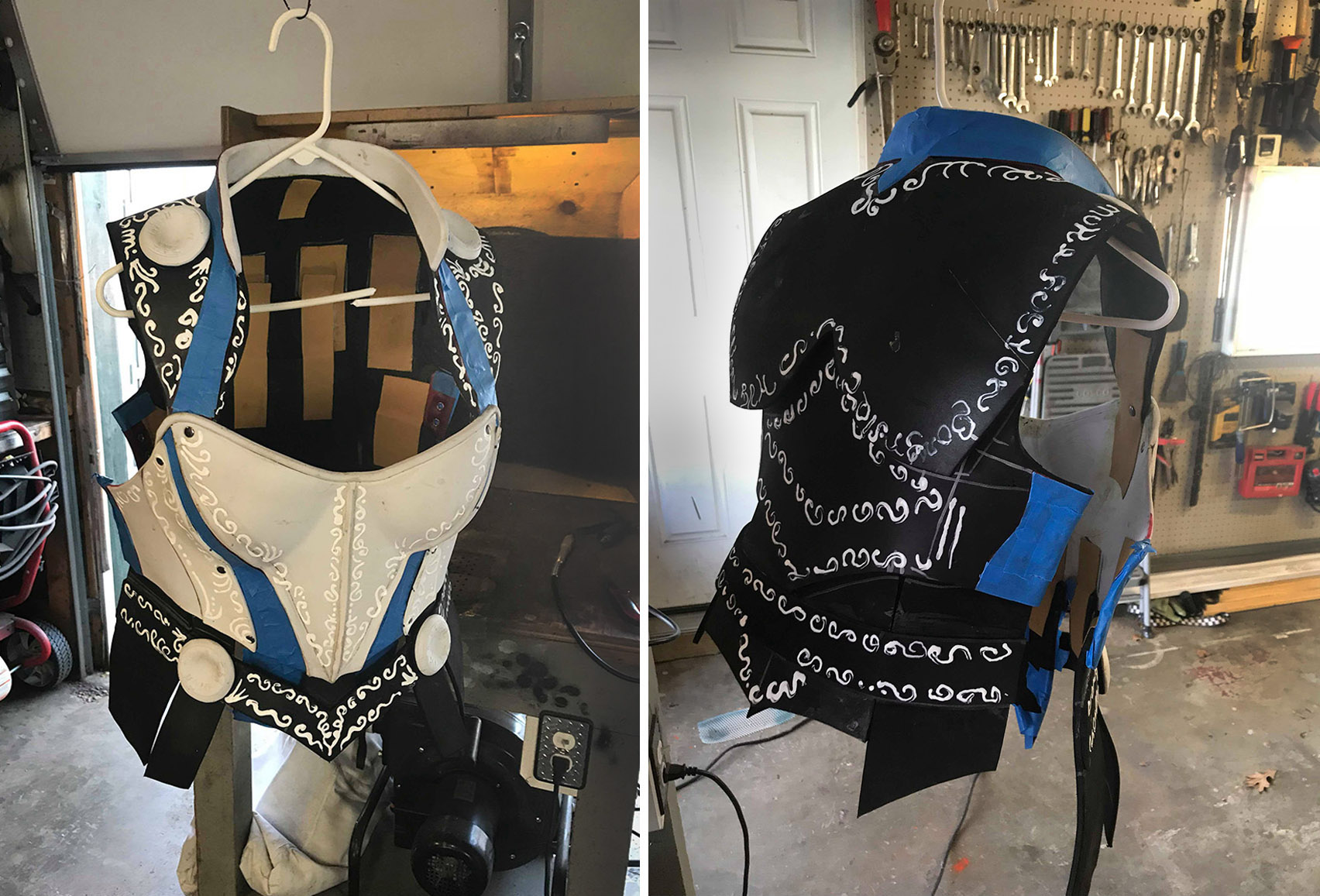 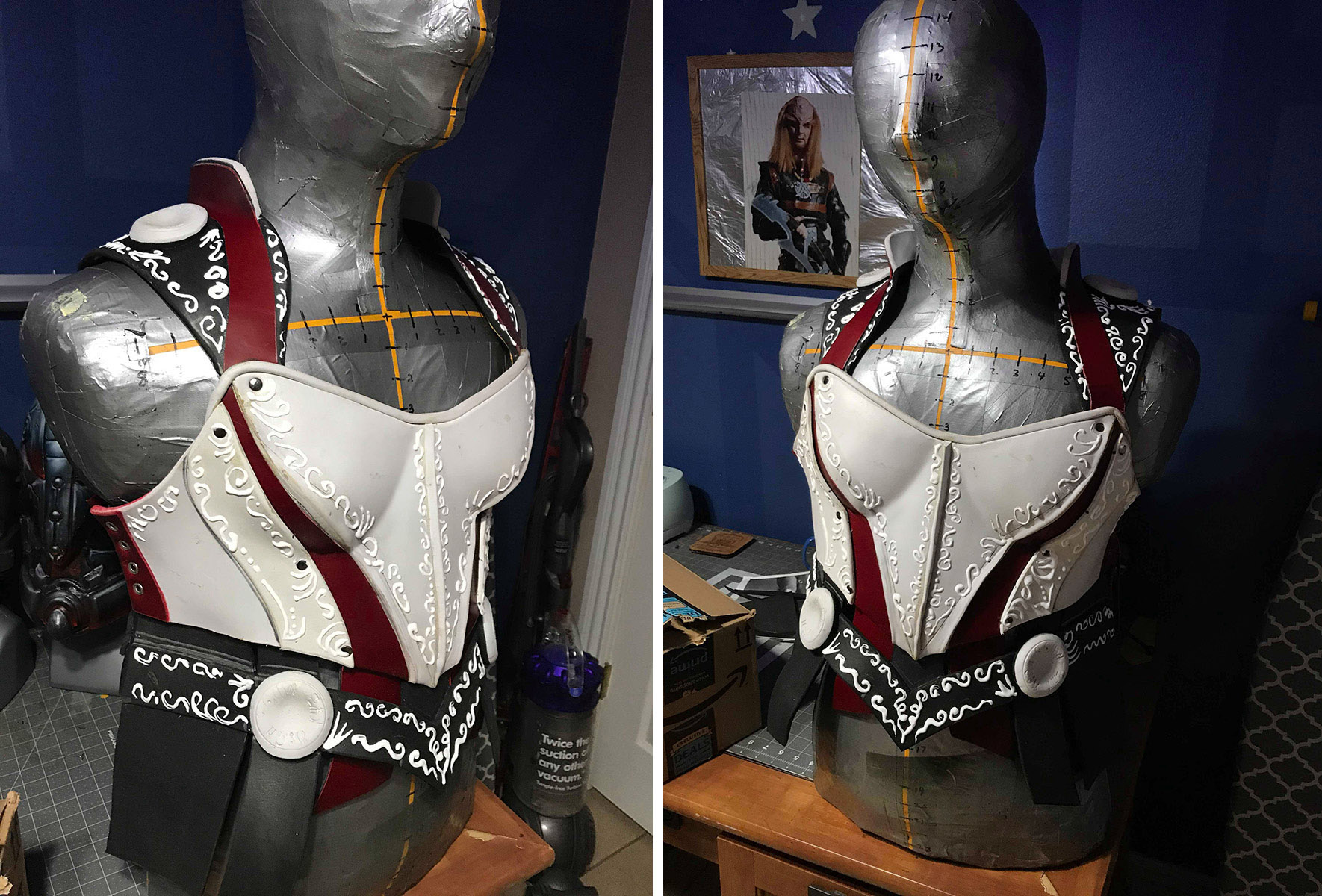 The costume was then primed with Plasti Dip grey, and base-coated with silver. 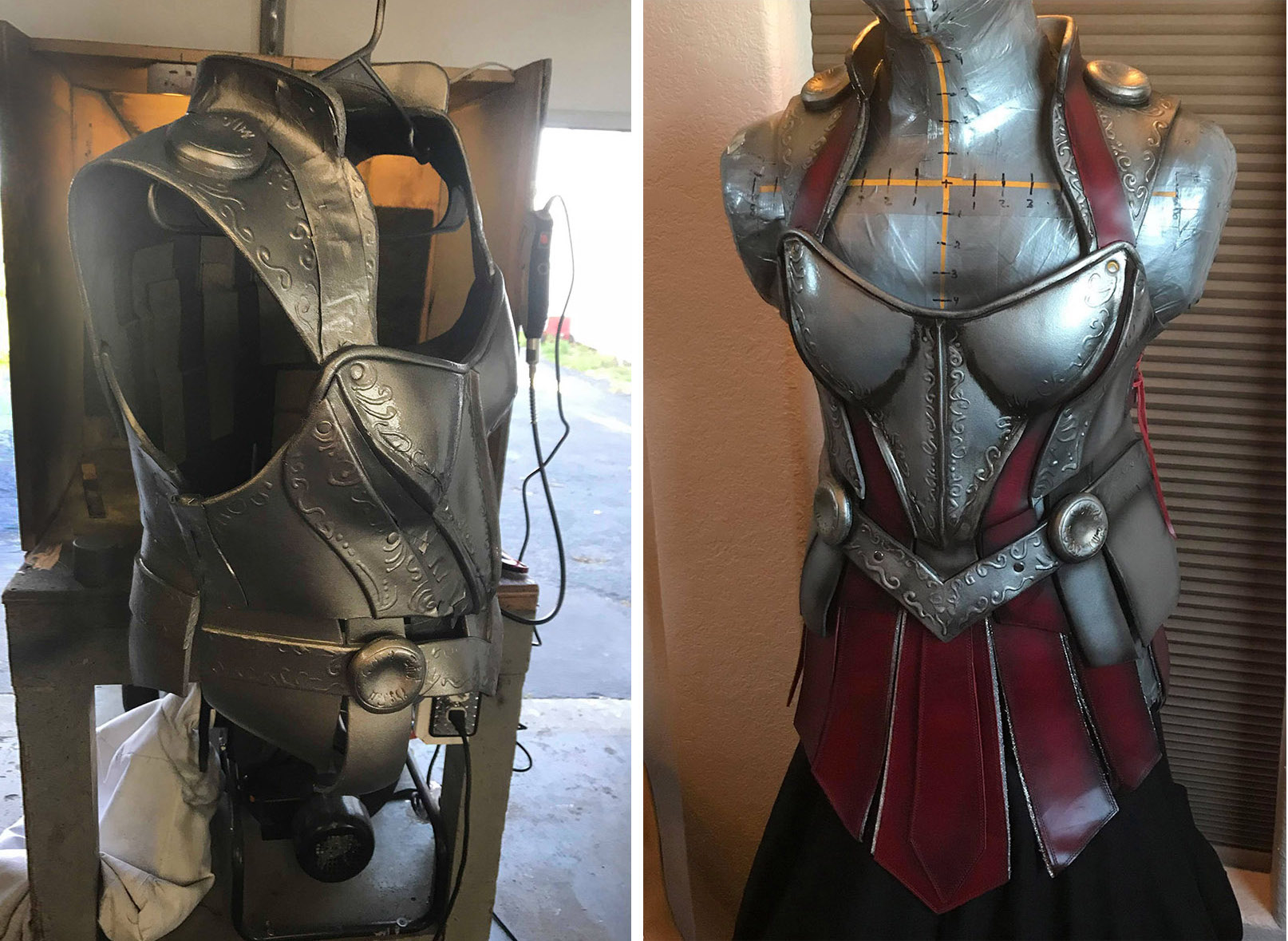 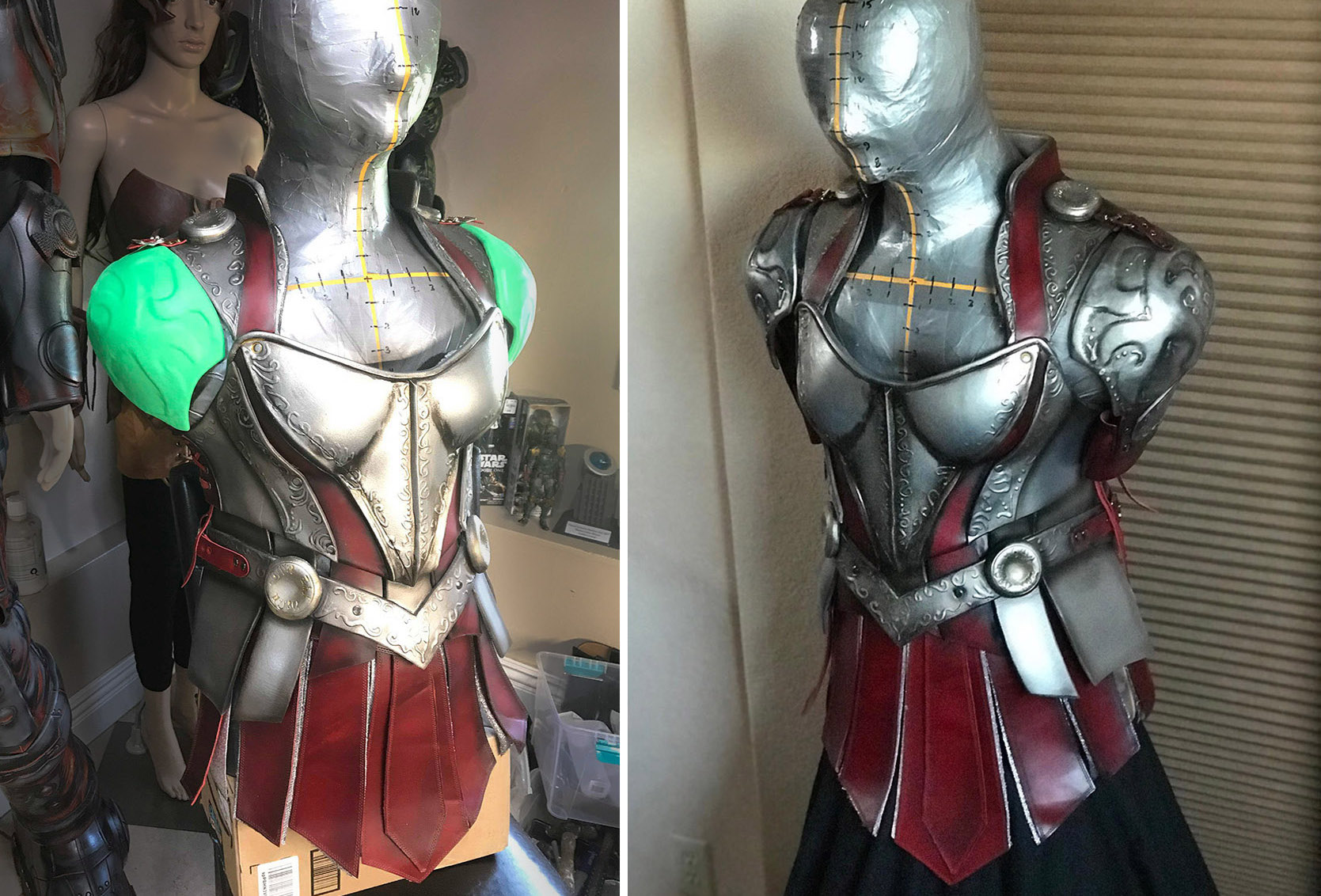 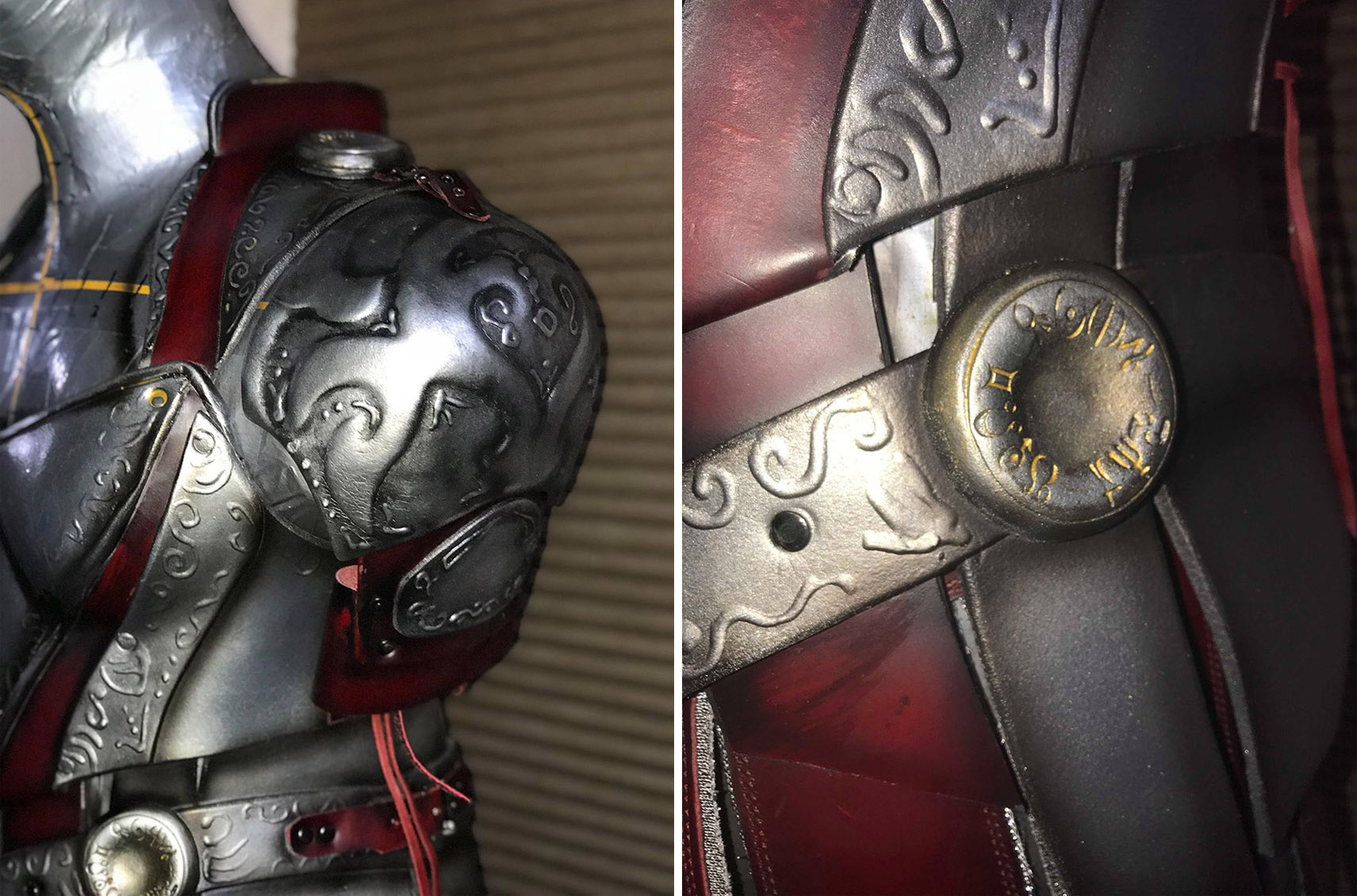 The same methods were used for the shield and bracers, with leather added to the shield edge after shaping. 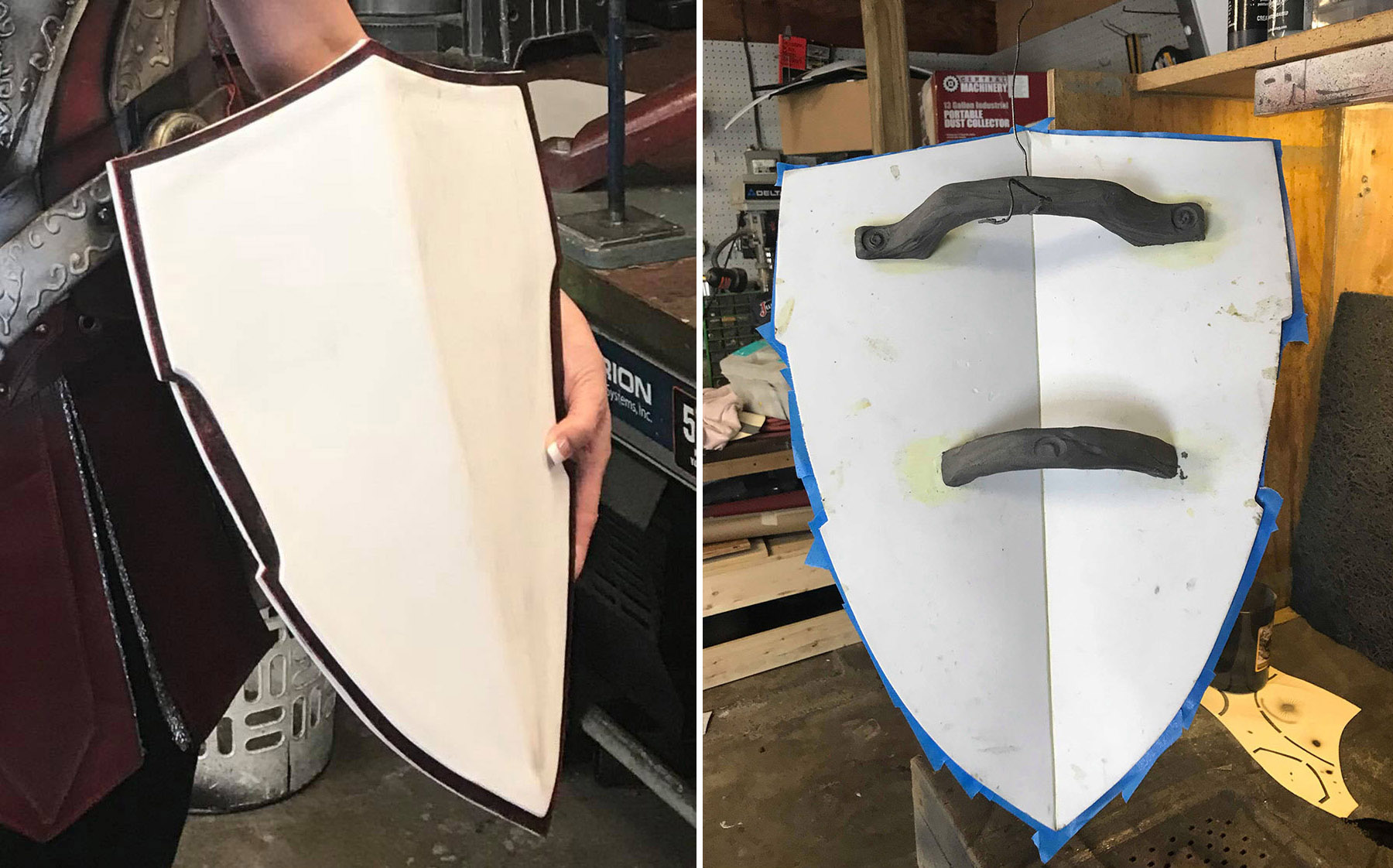 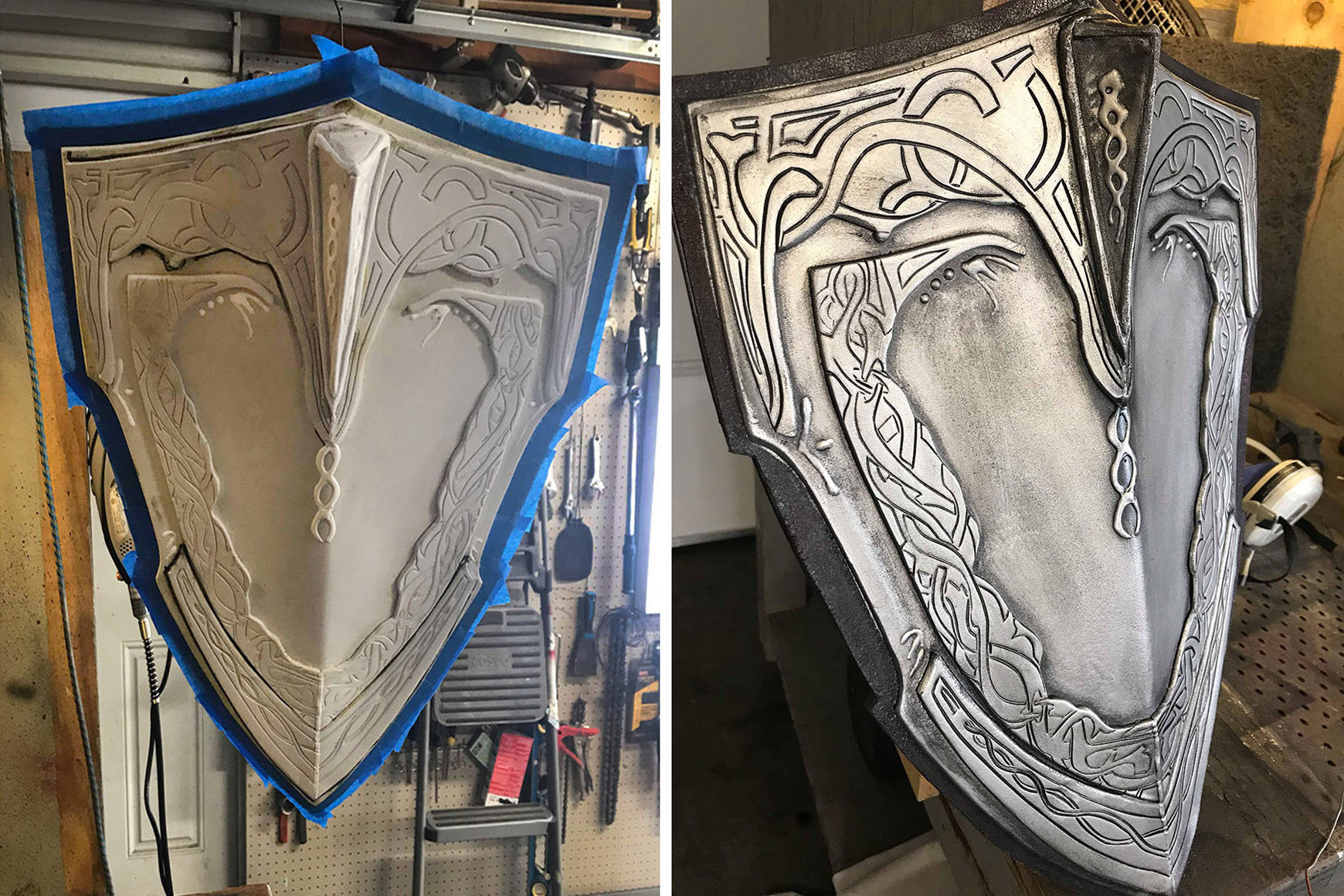 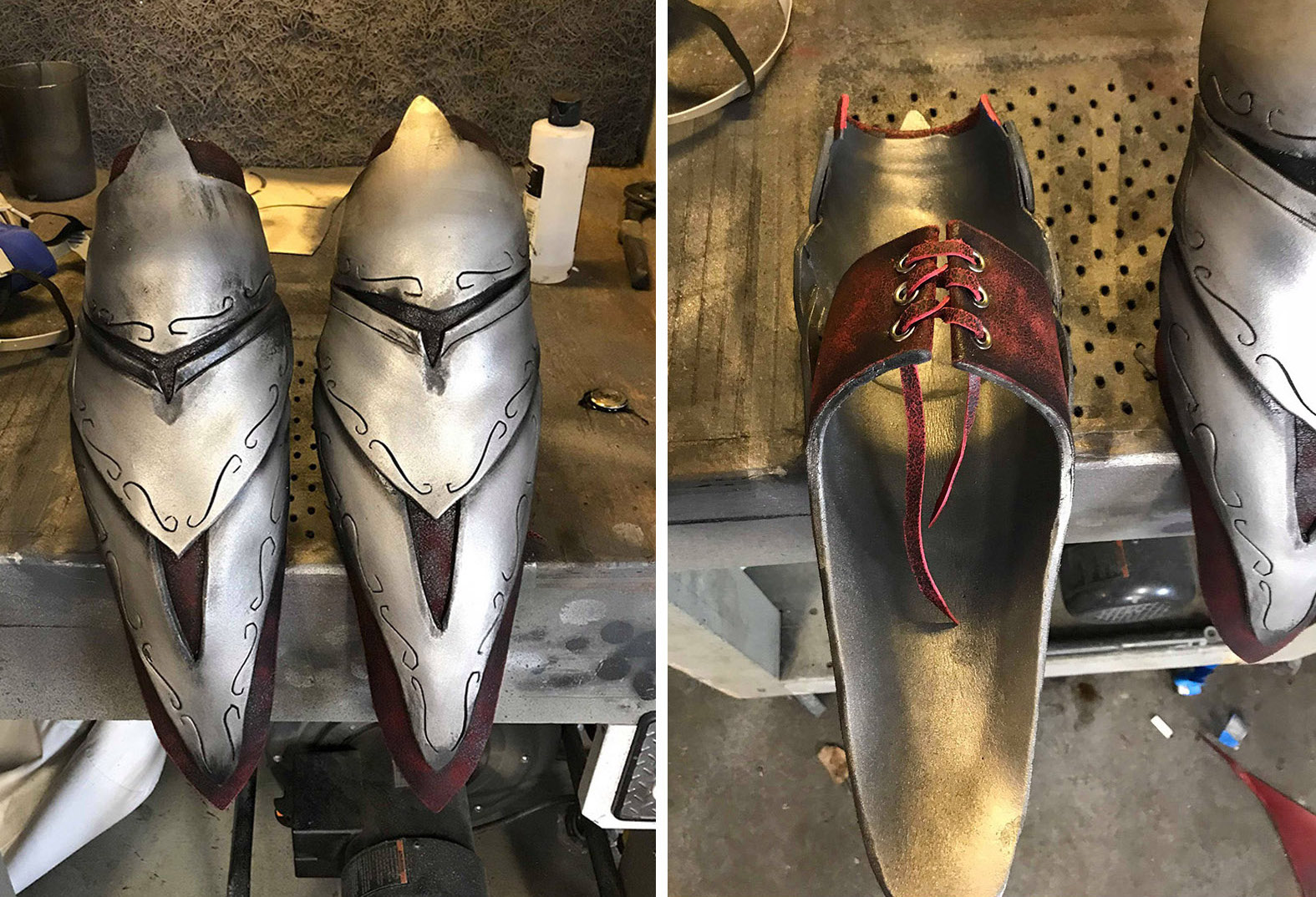 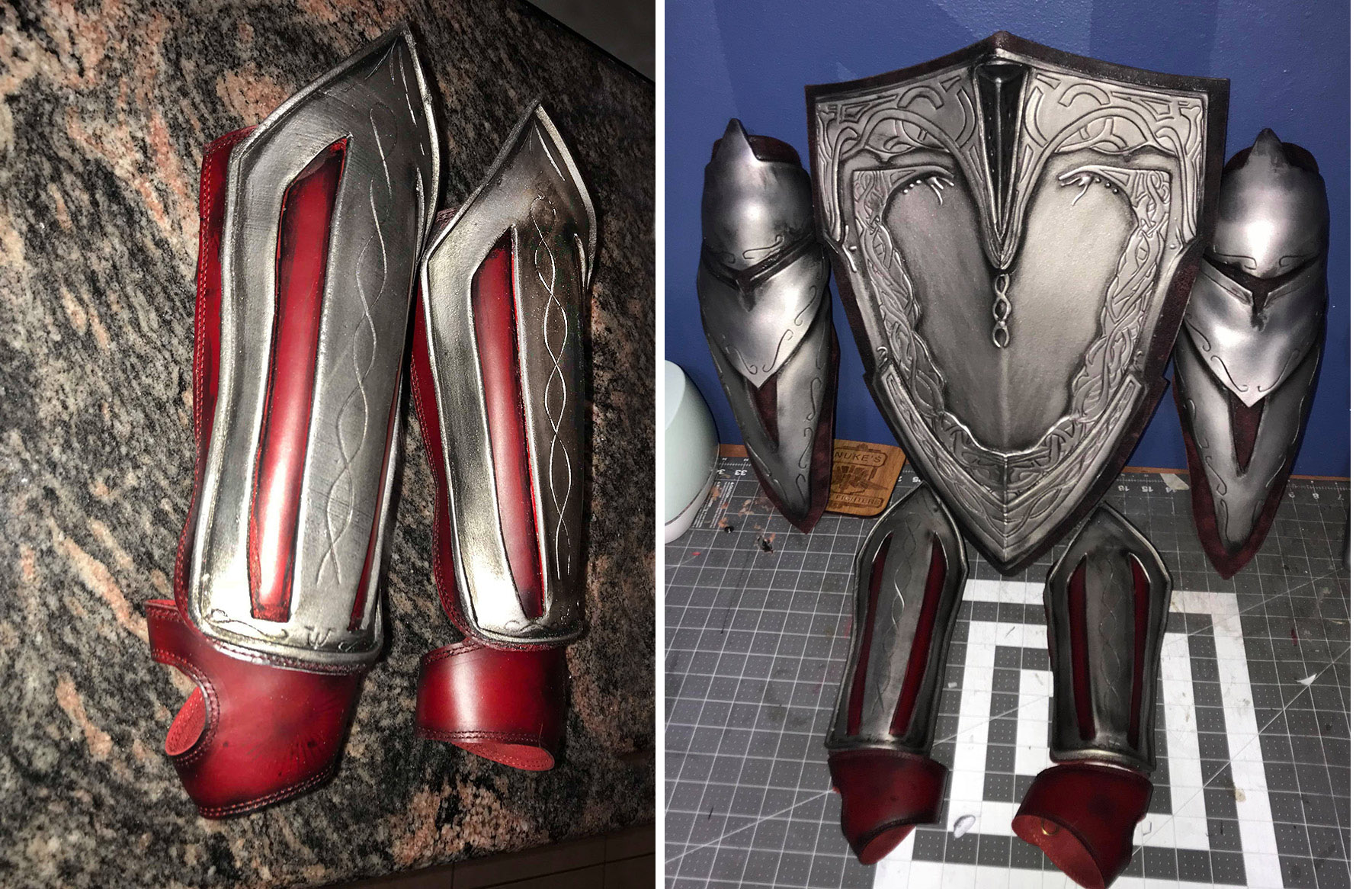 And finally, fitting and finishing was done the day before the release of the Infinity War film.
Whew! 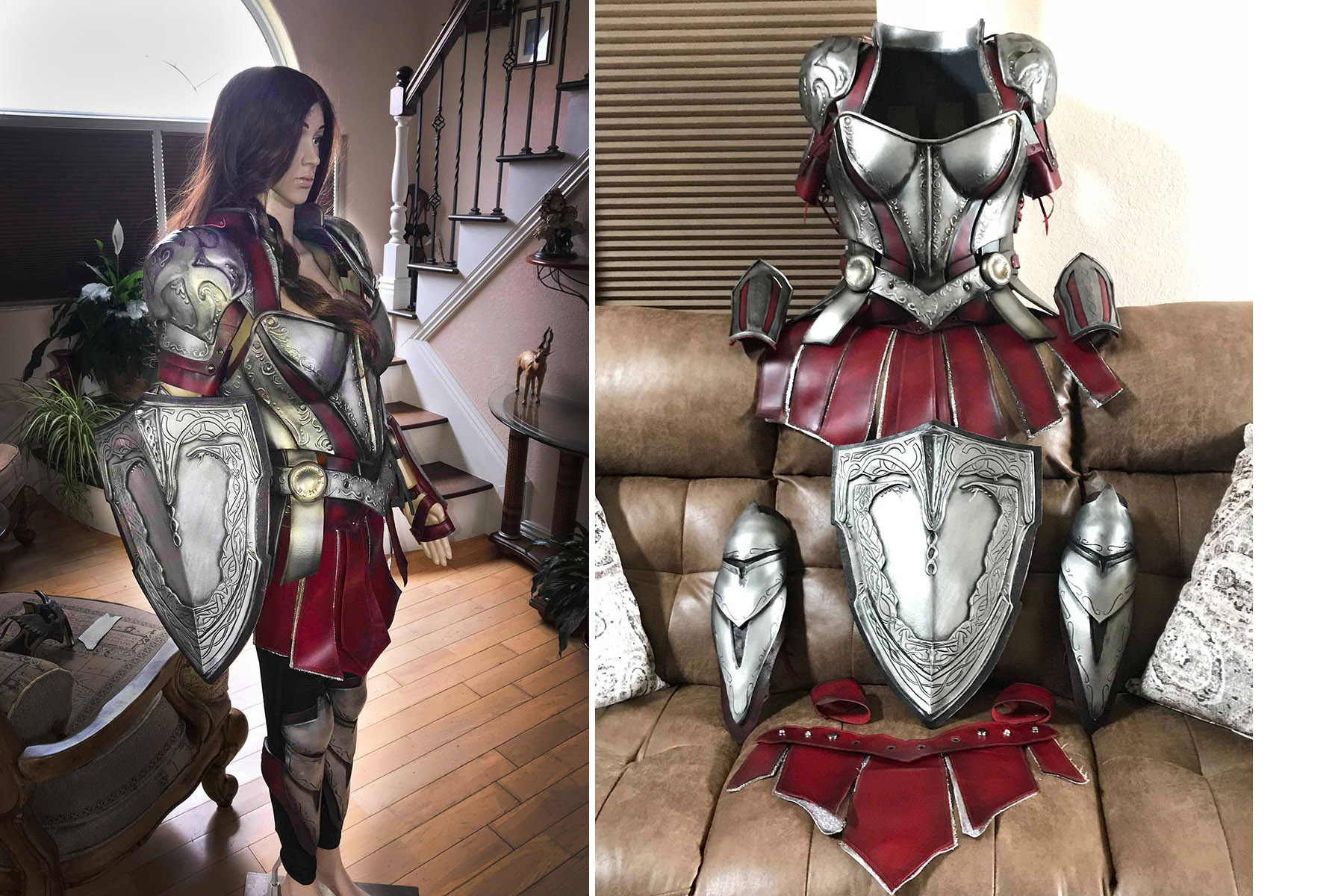 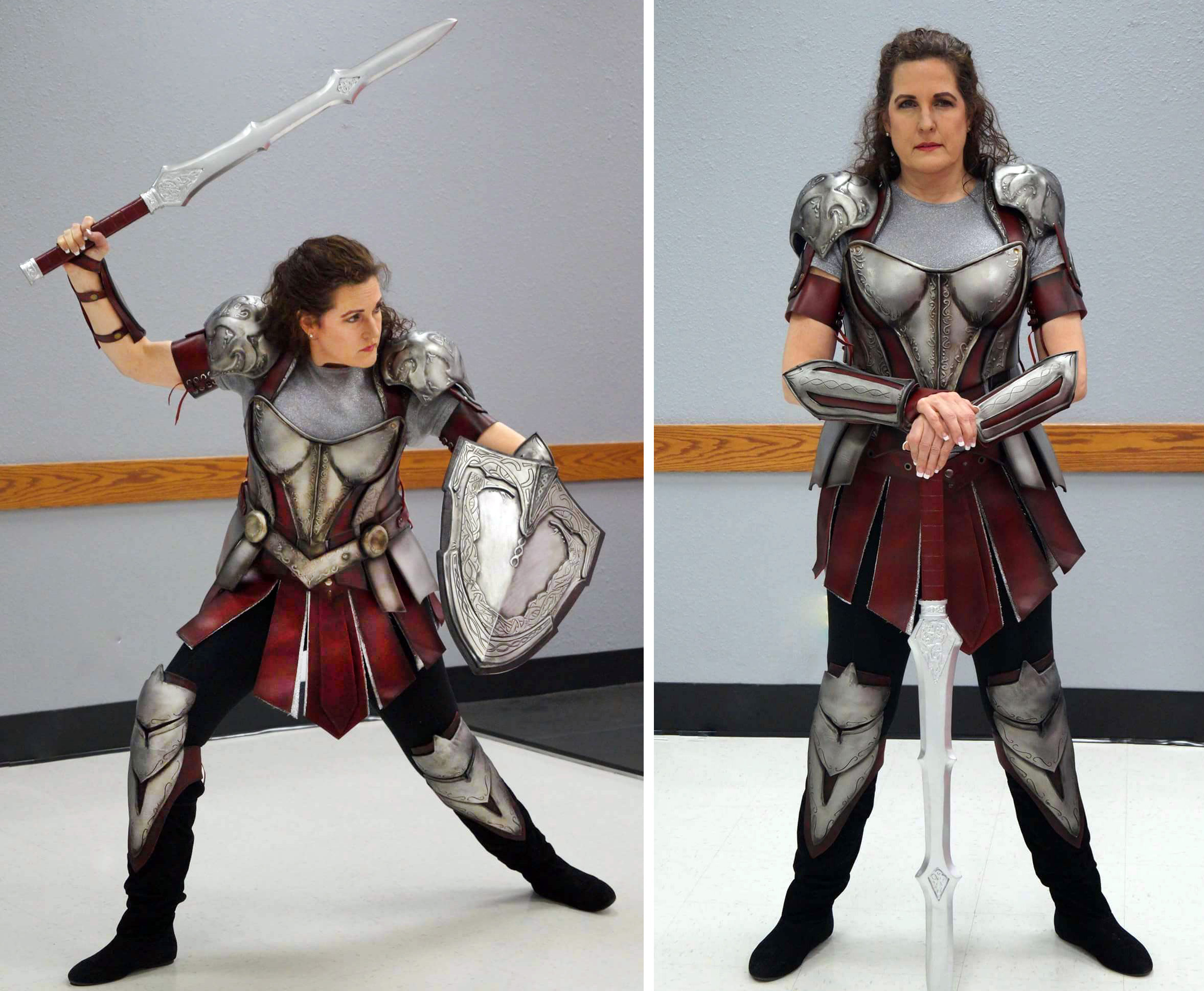 Bruce Holt has spent most of his life building costumes — the bug hit him at the early age of 16, at which time he started making his own, from off the wall Halloween costumes to school play designs. After years of building costumes for the fun and challenge, he started competing in the late 80’s, realizing there were prizes to win. He then got a little more inventive with his craft, making elaborate costumes out of leather, plastic, fabric, and just about anything he could find, trying to replicate his favorite characters and top the creation from the year before. With EVA foam as his medium of choice, the construction process involves designing the costumes on a torso mold before transferring the designs digitally, then printing and cutting them out of foam. From there, it’s a matter of creating the right patterns before finishing it off with airbrushing.

“Never be unhappy if you do not win. If you never lose, you never learn.”