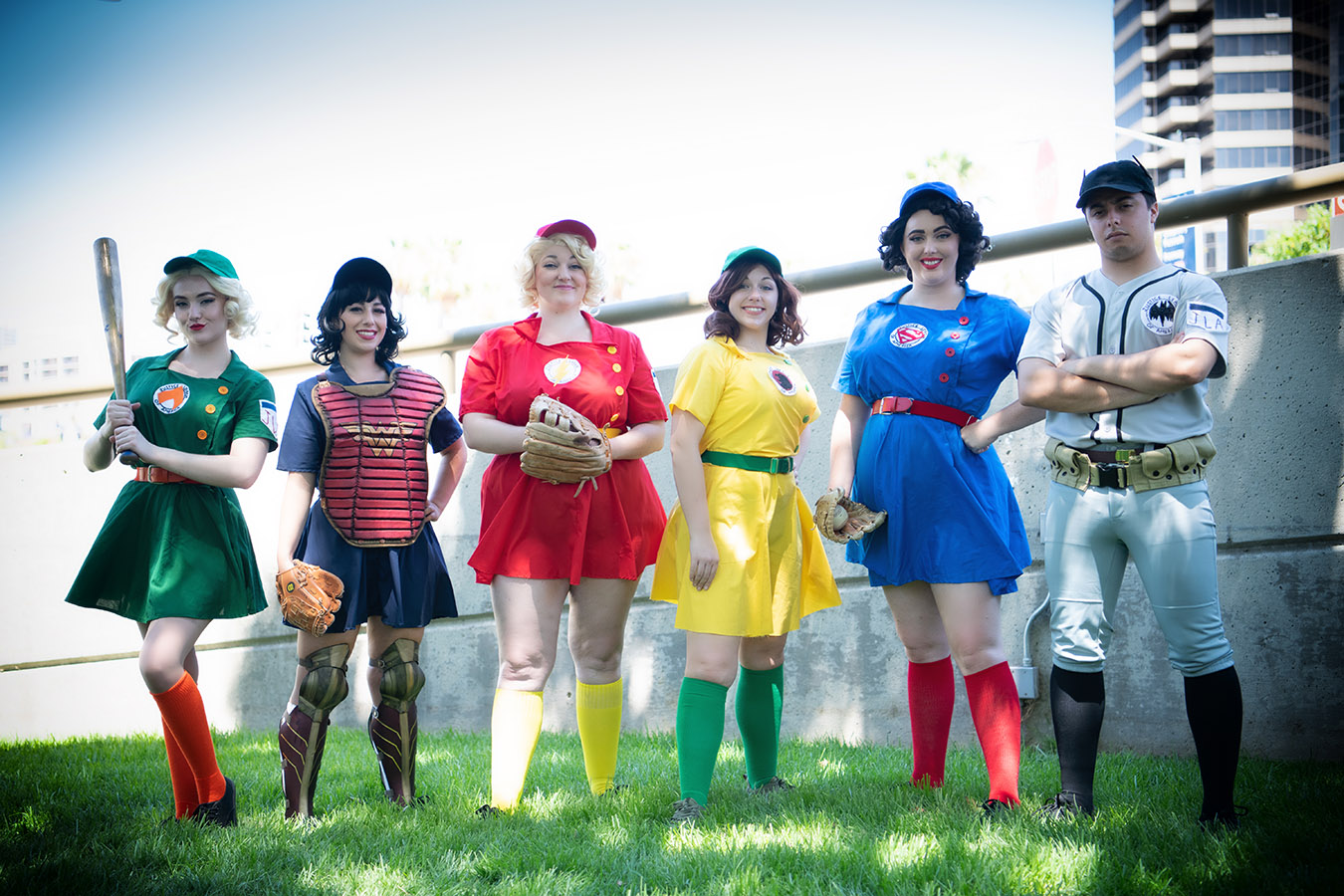 With its status as number one geek-culture fest in the world, San Diego Comic-Con International has the reputation of attracting plenty of outstanding cosplay, and this year’s edition was no different. One stand-out was a cute and clever mash-up of two of our favorite things: DC’s Justice League and the film A League of Their Own. Based on the real-life 1940’s All-American Girls Professional Baseball League, the 1992 flick was a female empowerment touchstone for a generation (or two). Now it’s inspiring cosplayers, by way of artist Kate Willeart who first blended the two properties. 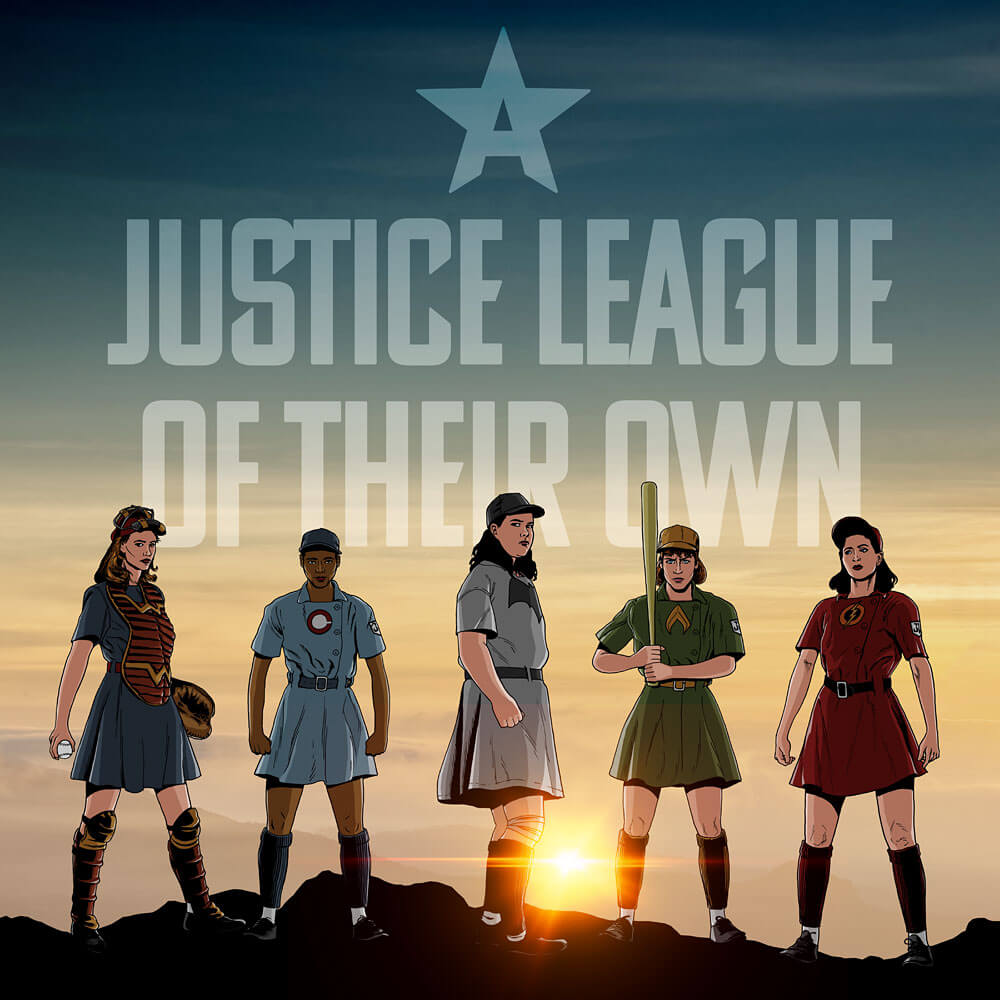 The idea took form about a year ago, when Liz Cobb (The Flash) and Sierra Christy (Wonder Woman) first saw Kate Willeart’s brilliant art and fell in love with it. Both agreed a group cosplay based on this idea would be worth taking on. According to Liz, as more friends became interested in joining in, “We decided to change the original design a little to give it a classic comic book vibe instead of the DCEU designs, because we knew that we wanted to include some characters that were not in the art (Superman and Hawkgirl, and hopefully some others in the future), as well as make Batman the coach.” 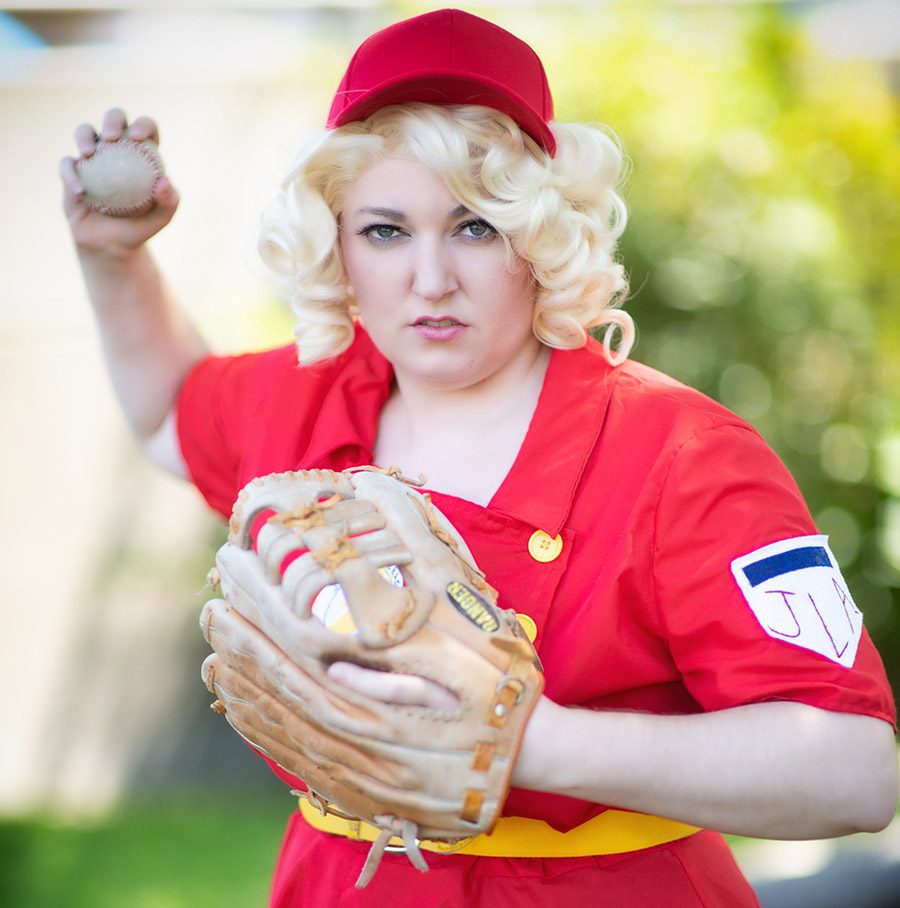 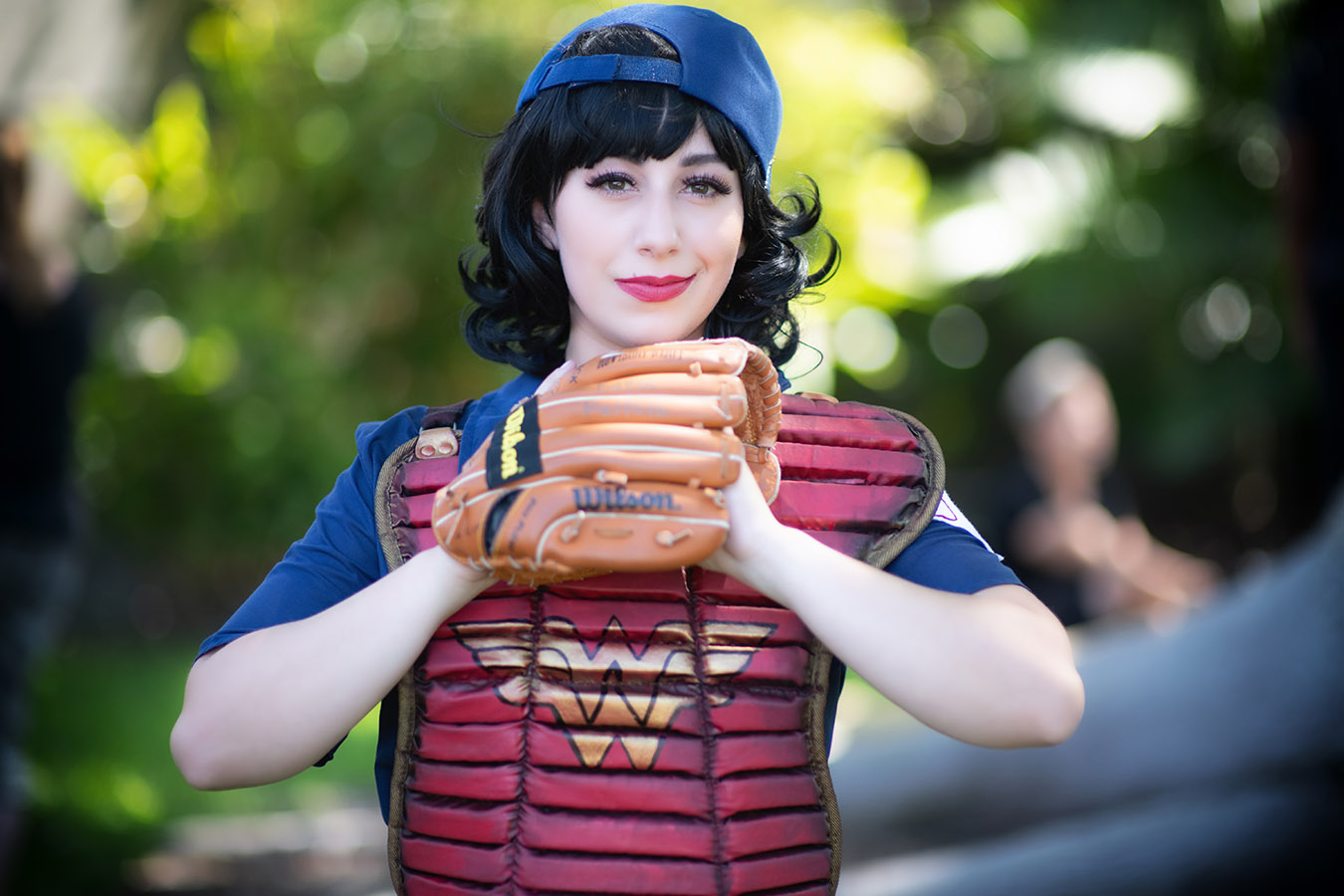 Joining the roster were Kaitlin Baxter (Hawkgirl), Kate Peltola (Superman), Amy Peltola (Aquaman), and Sean Derbyshire (Coach Batman). About choosing characters Kaitlin says, “Since we were doing comic book versions and not cinematic there were still MANY members to choose from. After much debate I chose Hawkgirl. I’ve been wanting to cosplay her for nearly 3 years, but I’ve been holding off because I want to make the wings right. So this was a fun way to get to finally cosplay her!” 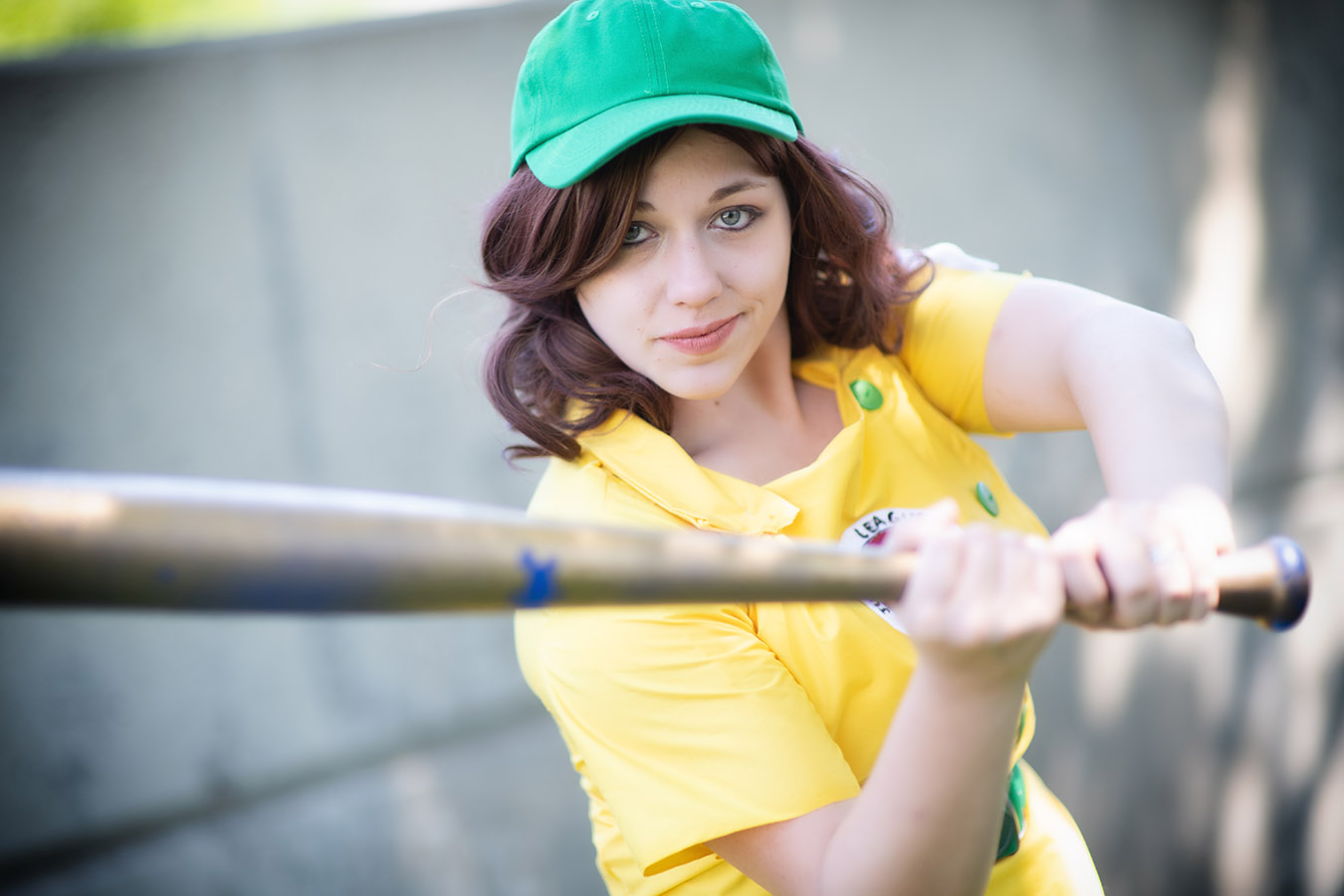 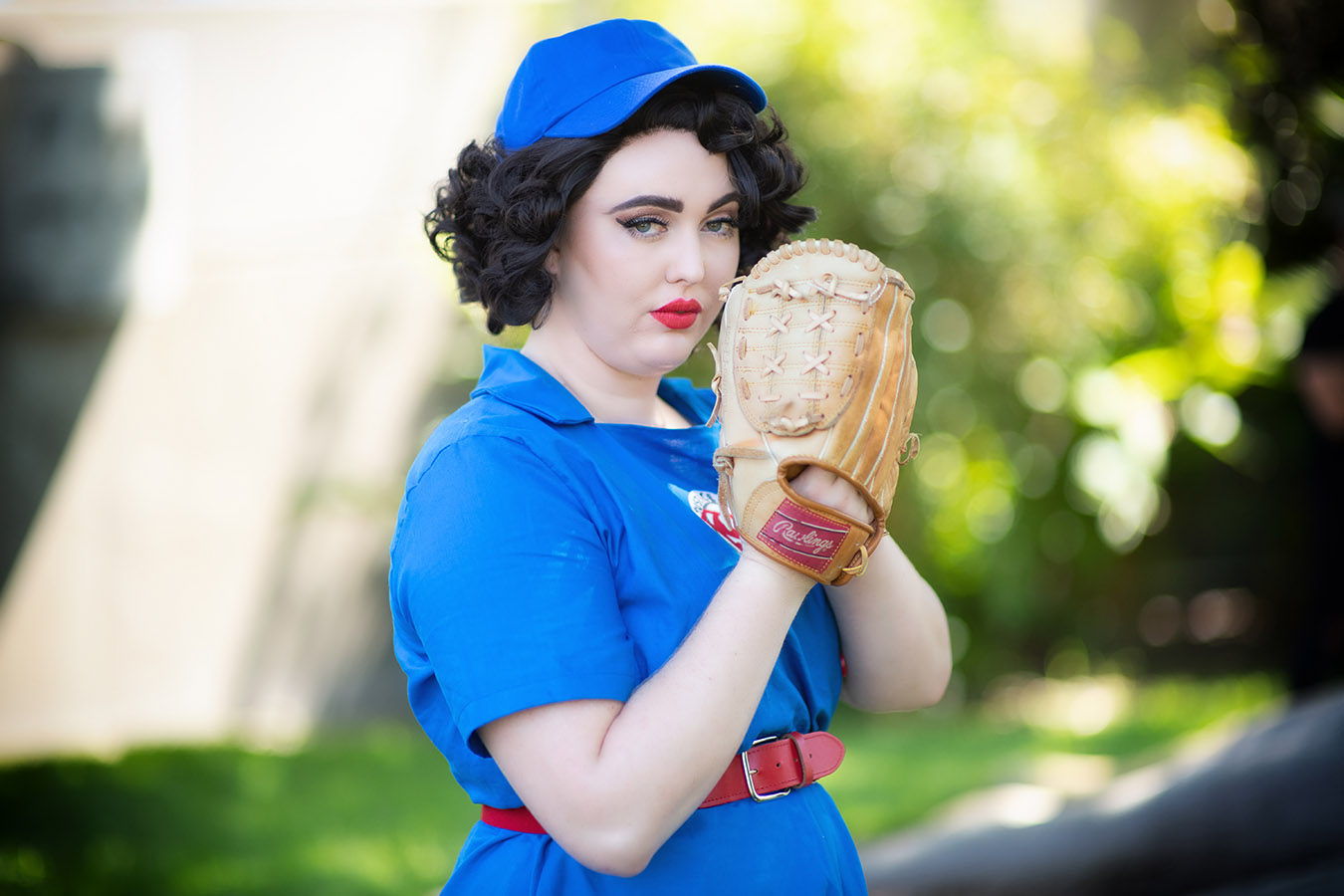 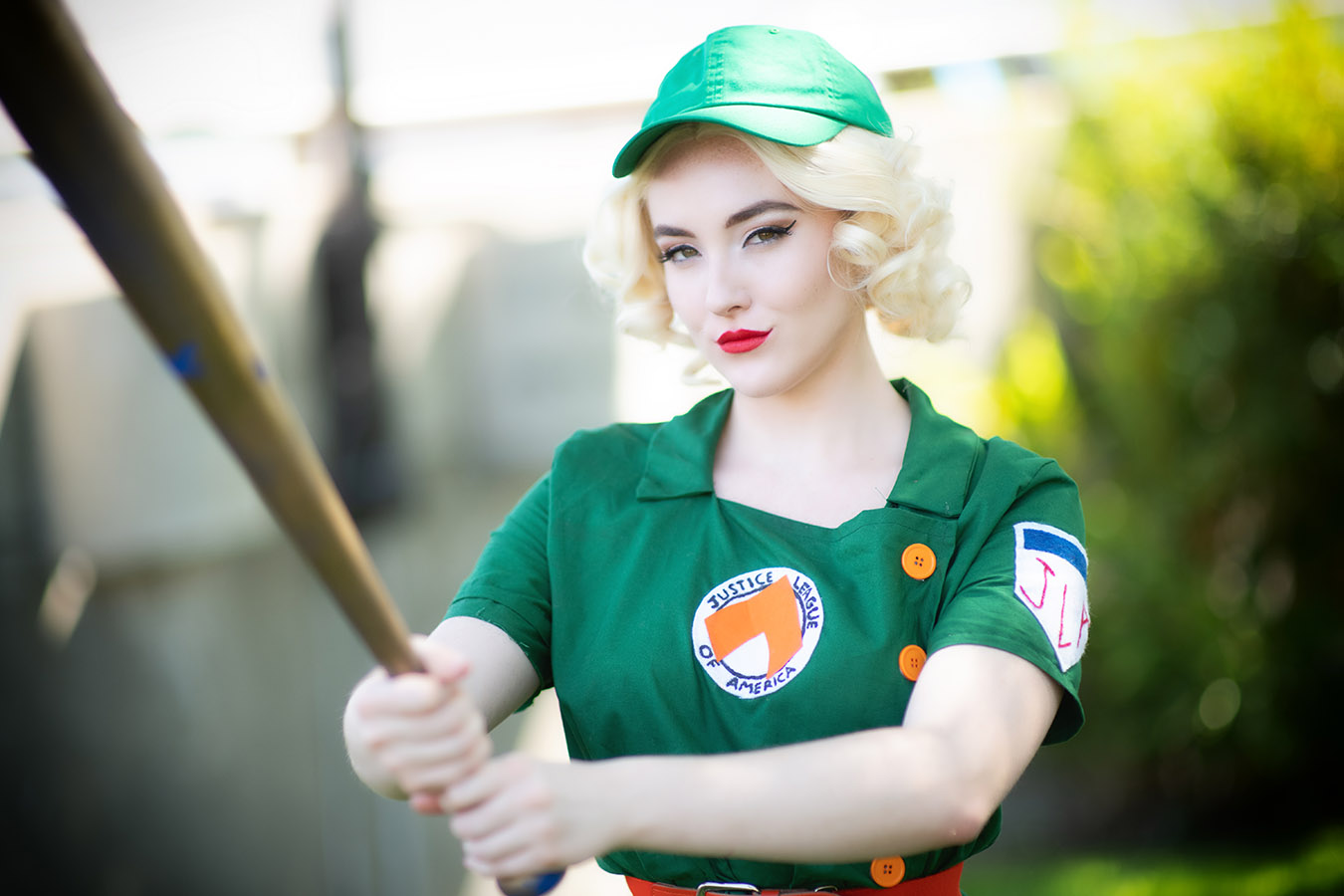 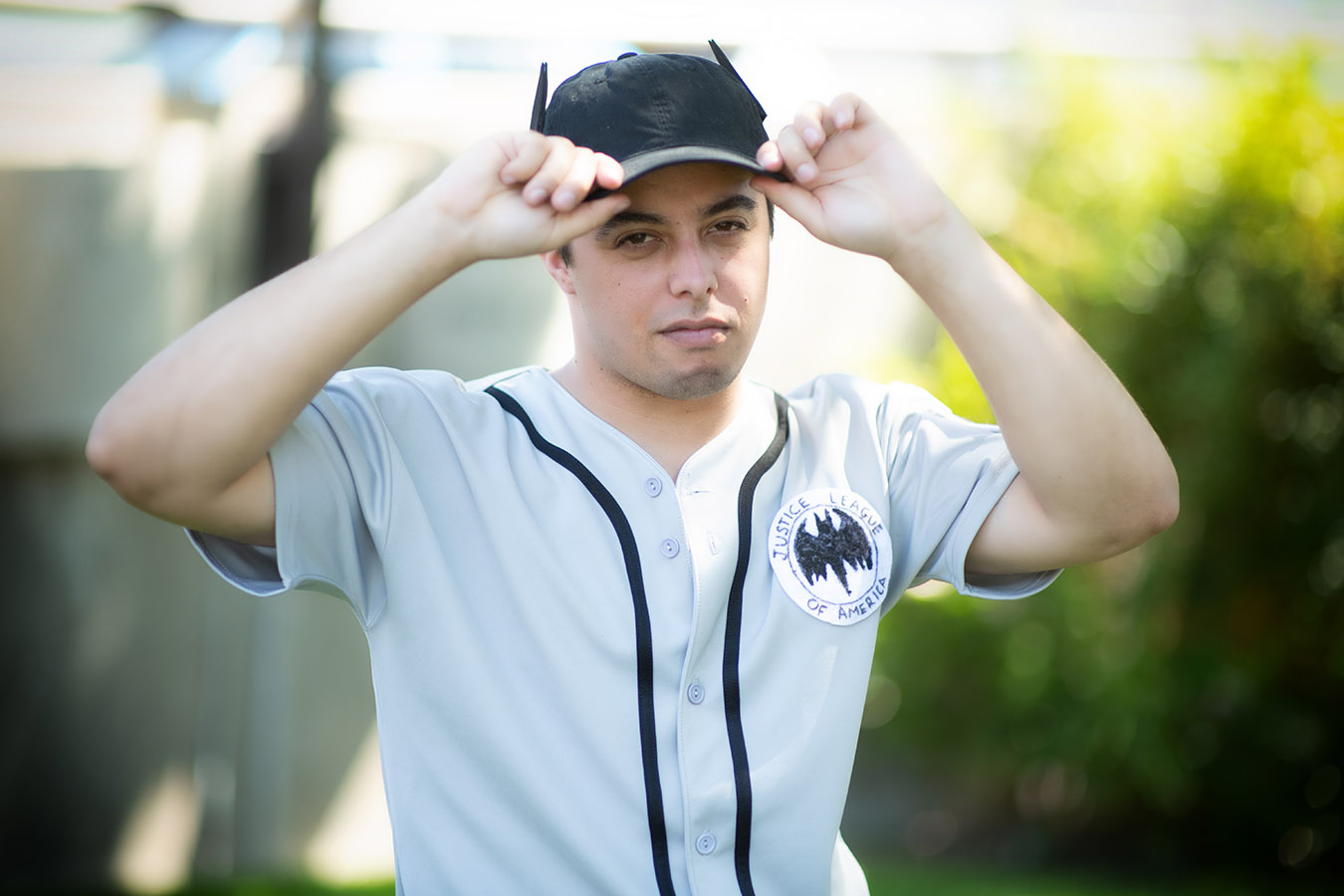 Though they had it planned several months ahead, making the costumes didn’t start until a few weeks before SDCC. Says Sierra, “Liz got an entire group of us together and figured out how to make the costumes. She not only sewed hers but she made mine as well! My catcher’s shin guards are from the Hot Topic Wonder Woman boots, and the chest guard Liz found at Play it Again Sports and she repainted it. We’ve all been communicating and helping each other out through a Facebook group we put together to chat about the process.” 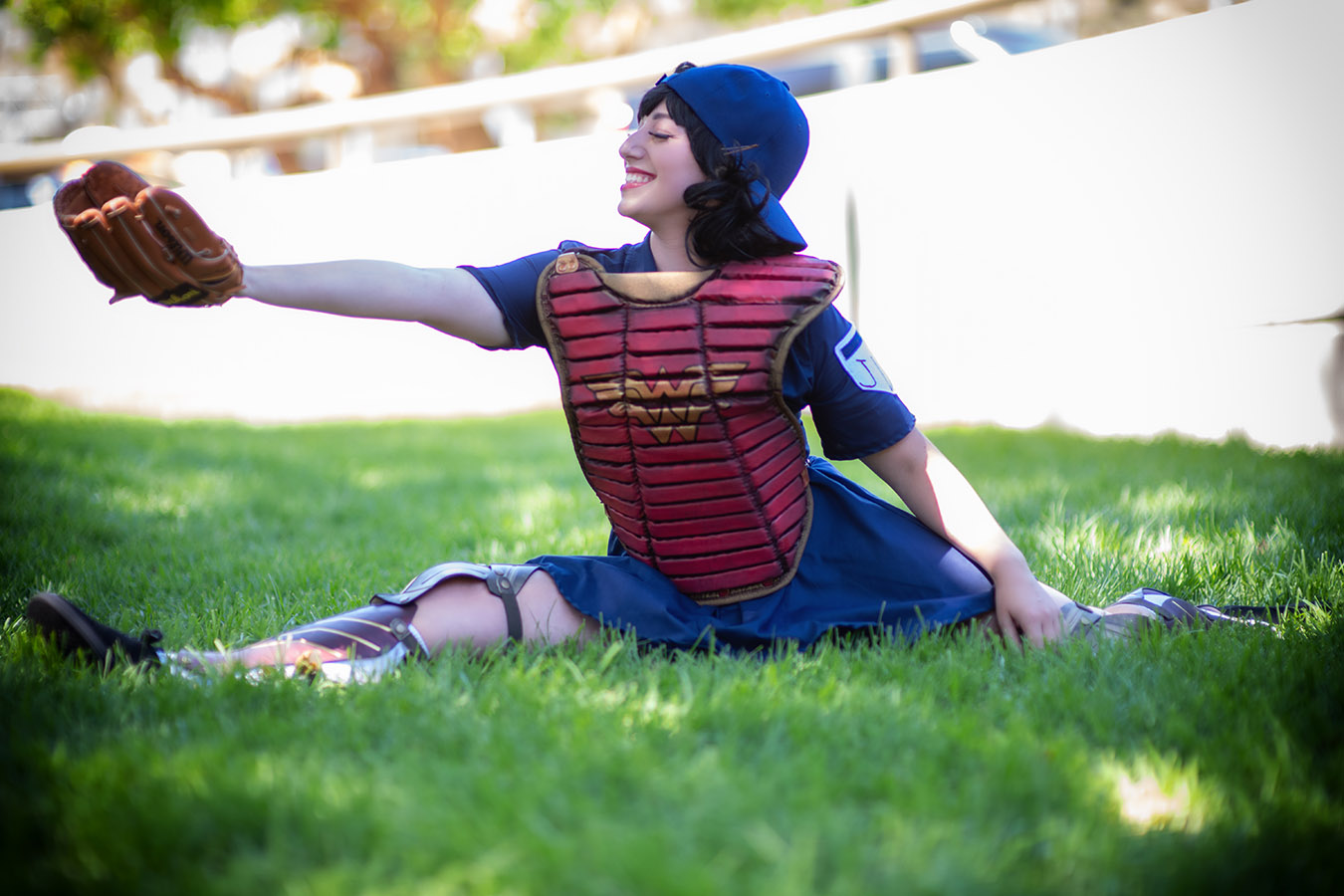 For Kaitlin, who’s been cosplaying for about 5 1/2 years, “The actual making of my cosplay was over the course of about 3 weeks; maybe 48 or so hours of shopping and making it. Shiera “Hawkgirl” Hall was actually the first cosplay I’ve sewn entirely myself! Sure, I modify, assemble, add detail, and build pieces, but my base clothing is usually already made. I definitely got in a few fights with my sewing machine and was still adding finishing details morning of, but I’m incredibly proud of what I made.” 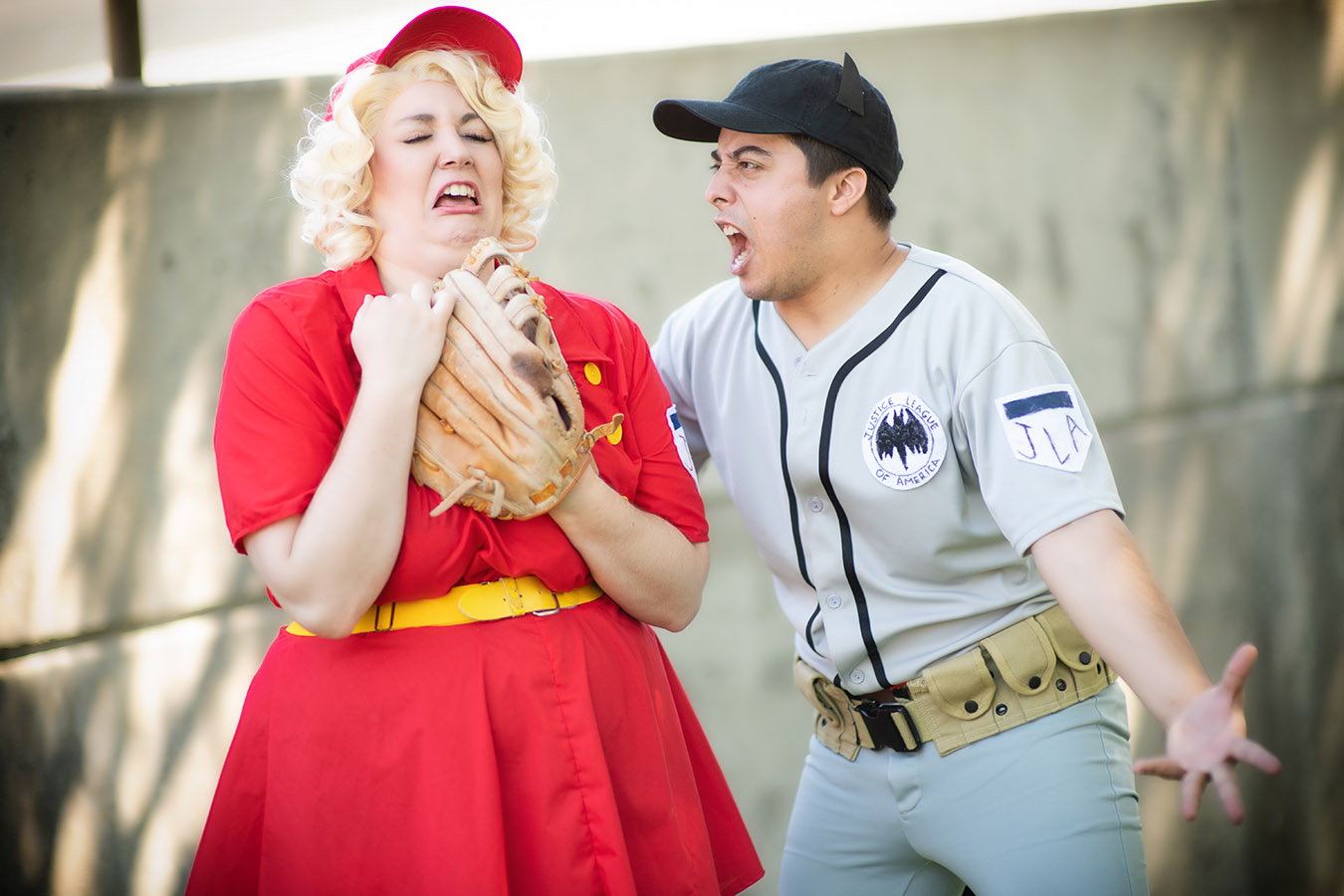 There’s no crying in cosplay!

“For once, this outfit didn’t take me long at all, since it was a simple guy’s baseball uniform,” says Sean. “My outfit was basically ready within a day, which left me open to help out my fiancée, Kaitlin Baxter, where I could. She’s a teacher, so between some summer courses she was teaching and life in general, we were still finishing the outfits a day or so before we wore them.” 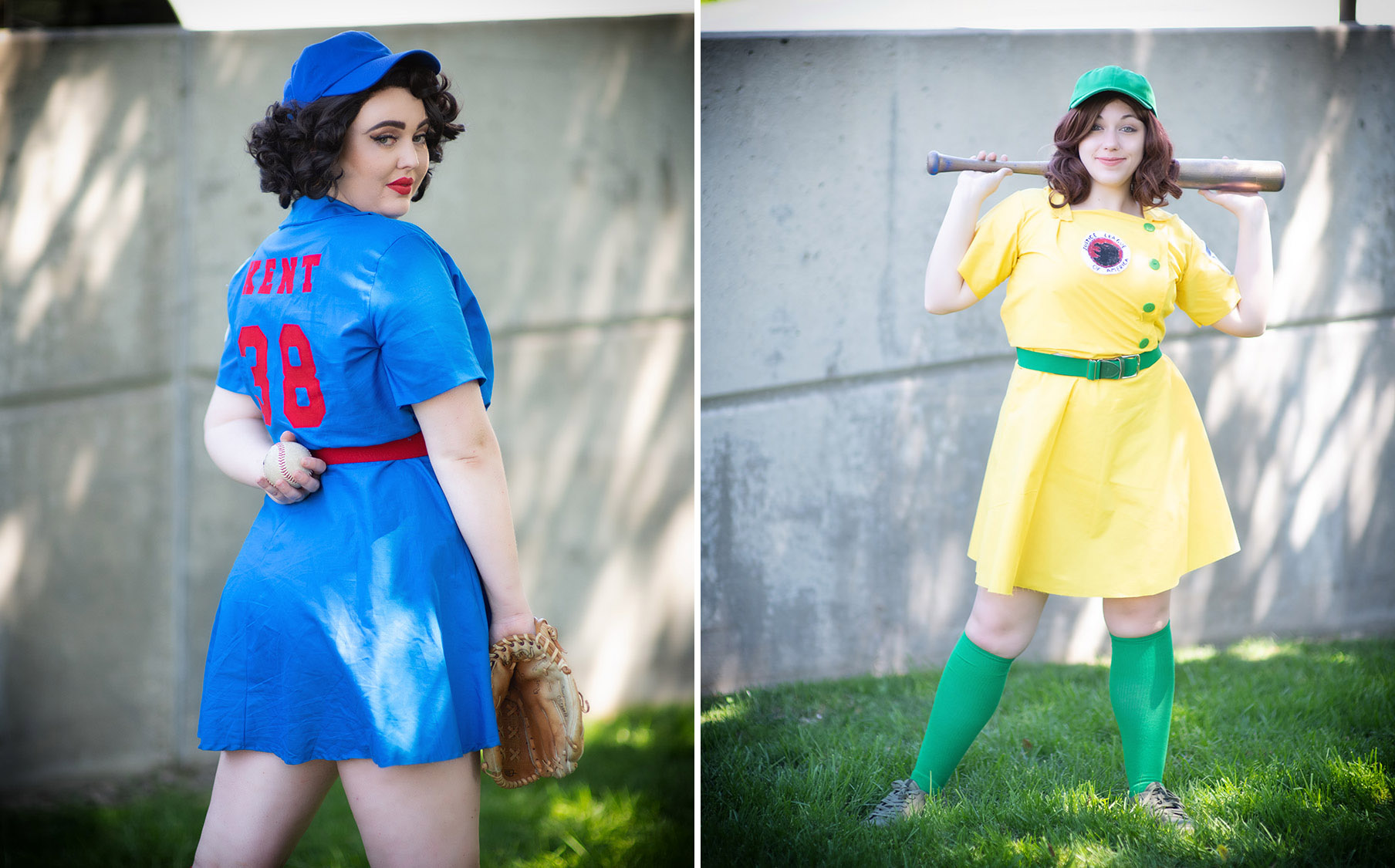 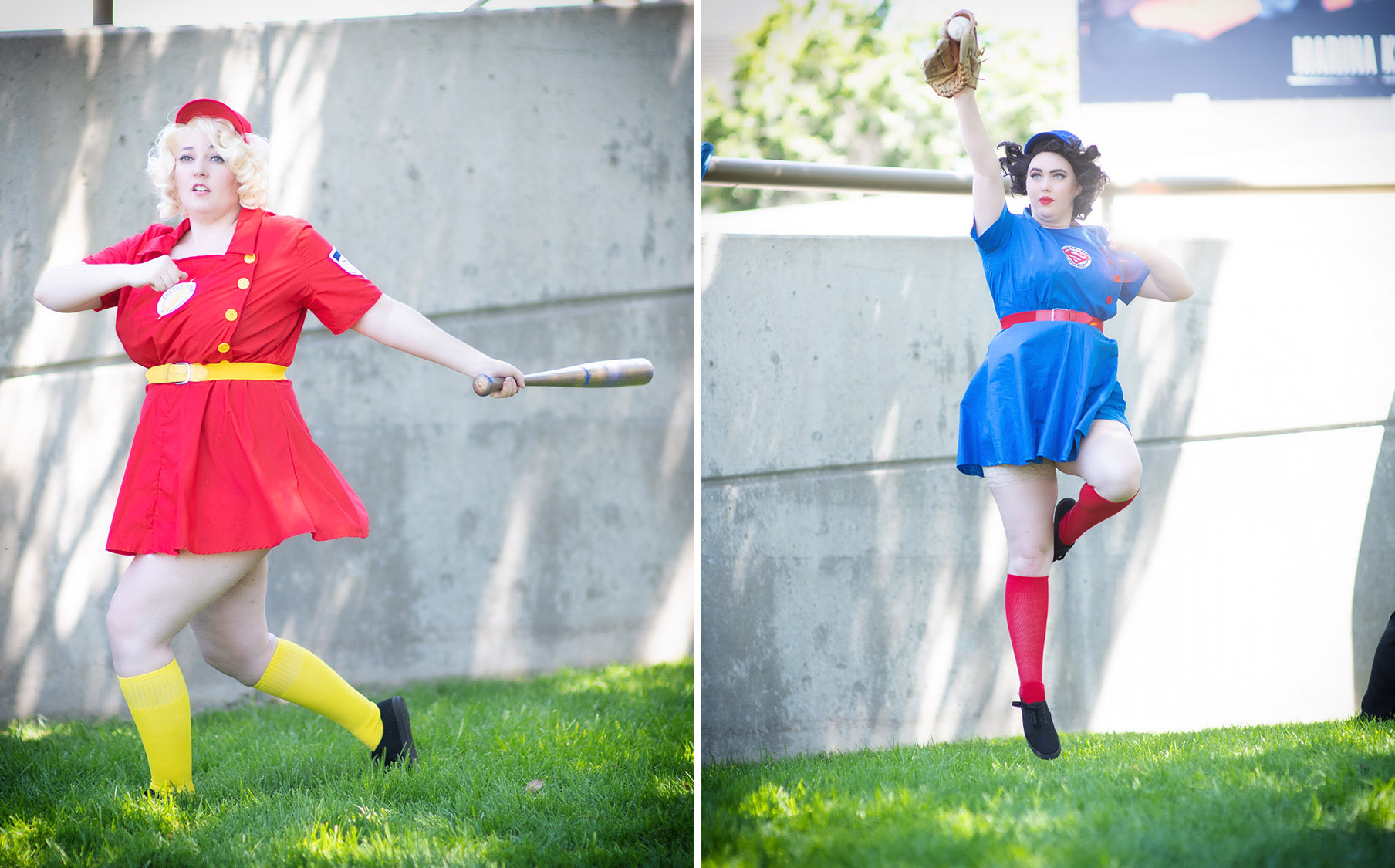 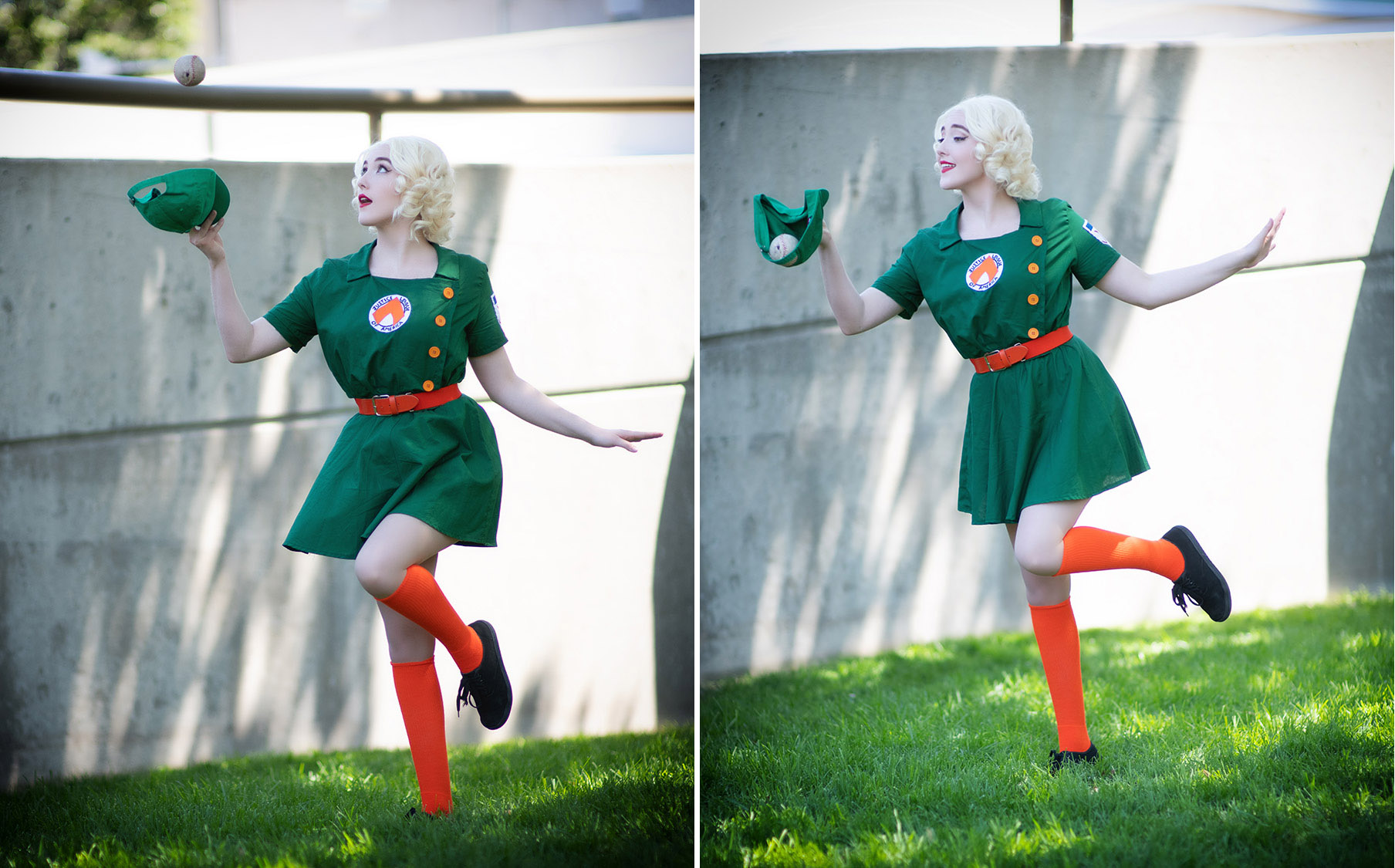 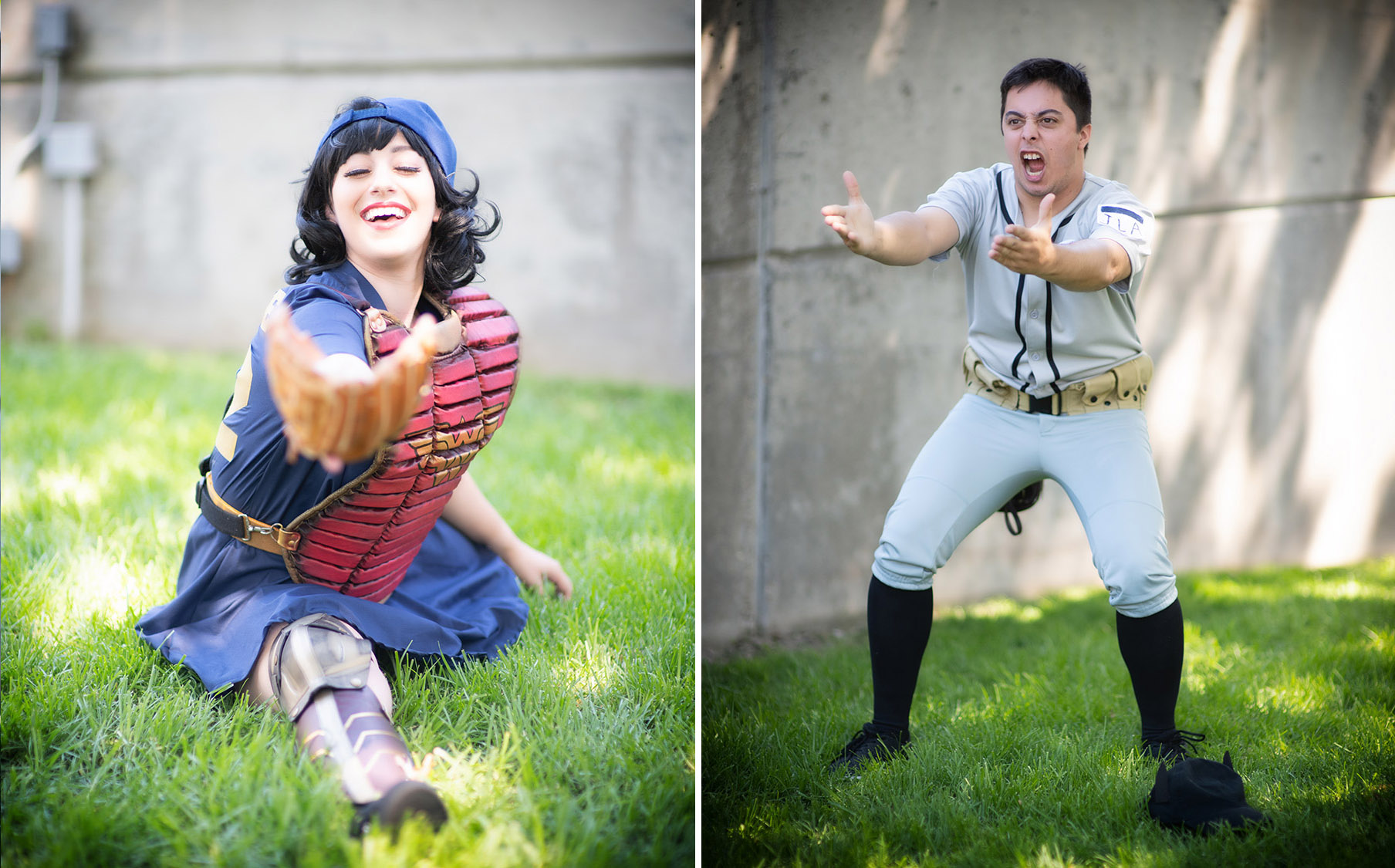 SDCC was the big debut of the group wearing the outfits all together, but they don’t see it as the last. As Liz explains, “We have plans to wear them again at future conventions, and expand our group with new characters as well.” Sierra agrees: “We’ve already had friends ask to join and represent other characters, so we will be a growing team.” Kaitlin adds, “We were all a little nervous that people might not get it, but to our surprise, not only did people get it—they seemed to really love it! Fun fact about the day: as we were walking around we saw some boys selling drinks to raise money for their little league baseball team. It was very serendipitous, so we all supported their efforts and bought drinks.” 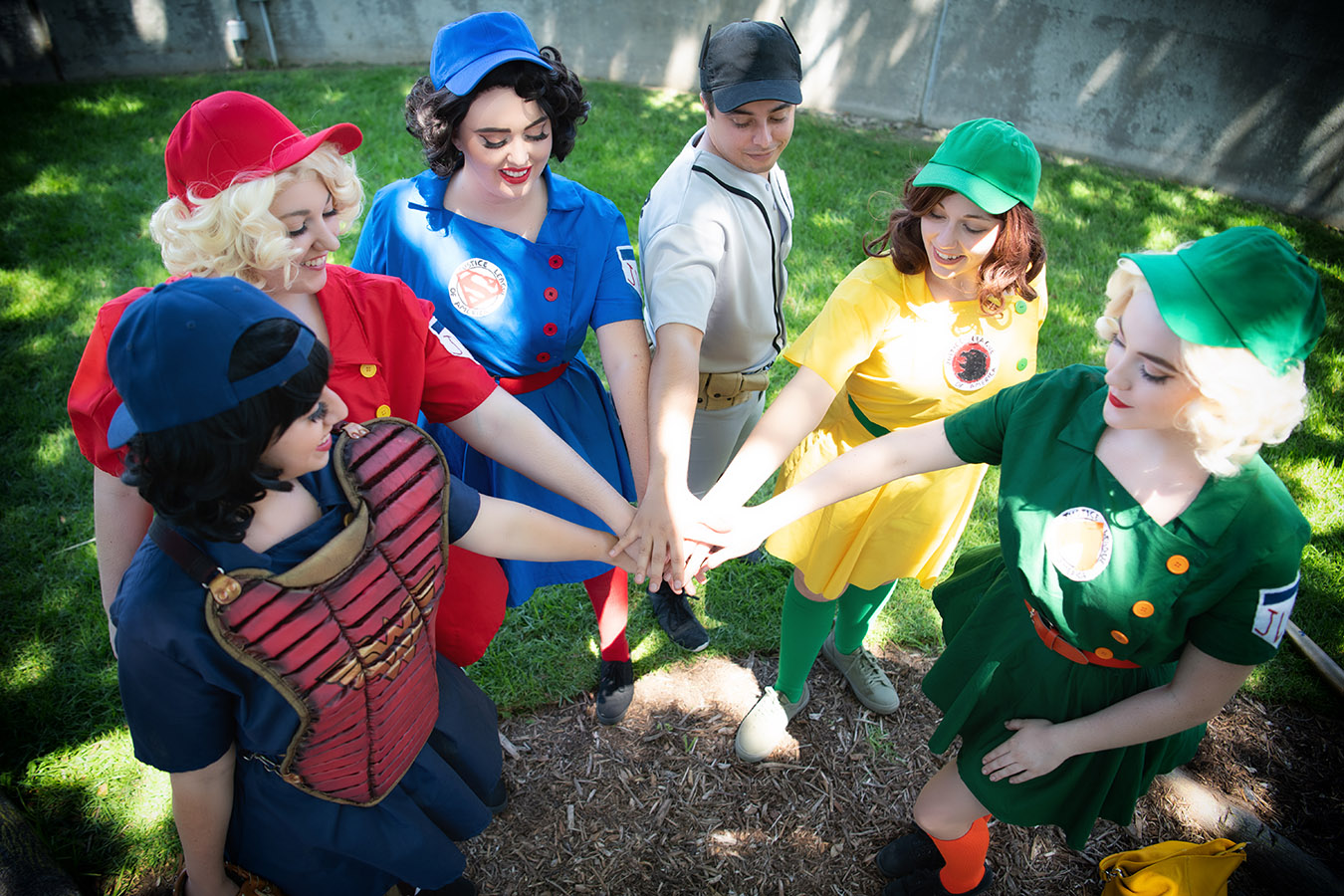 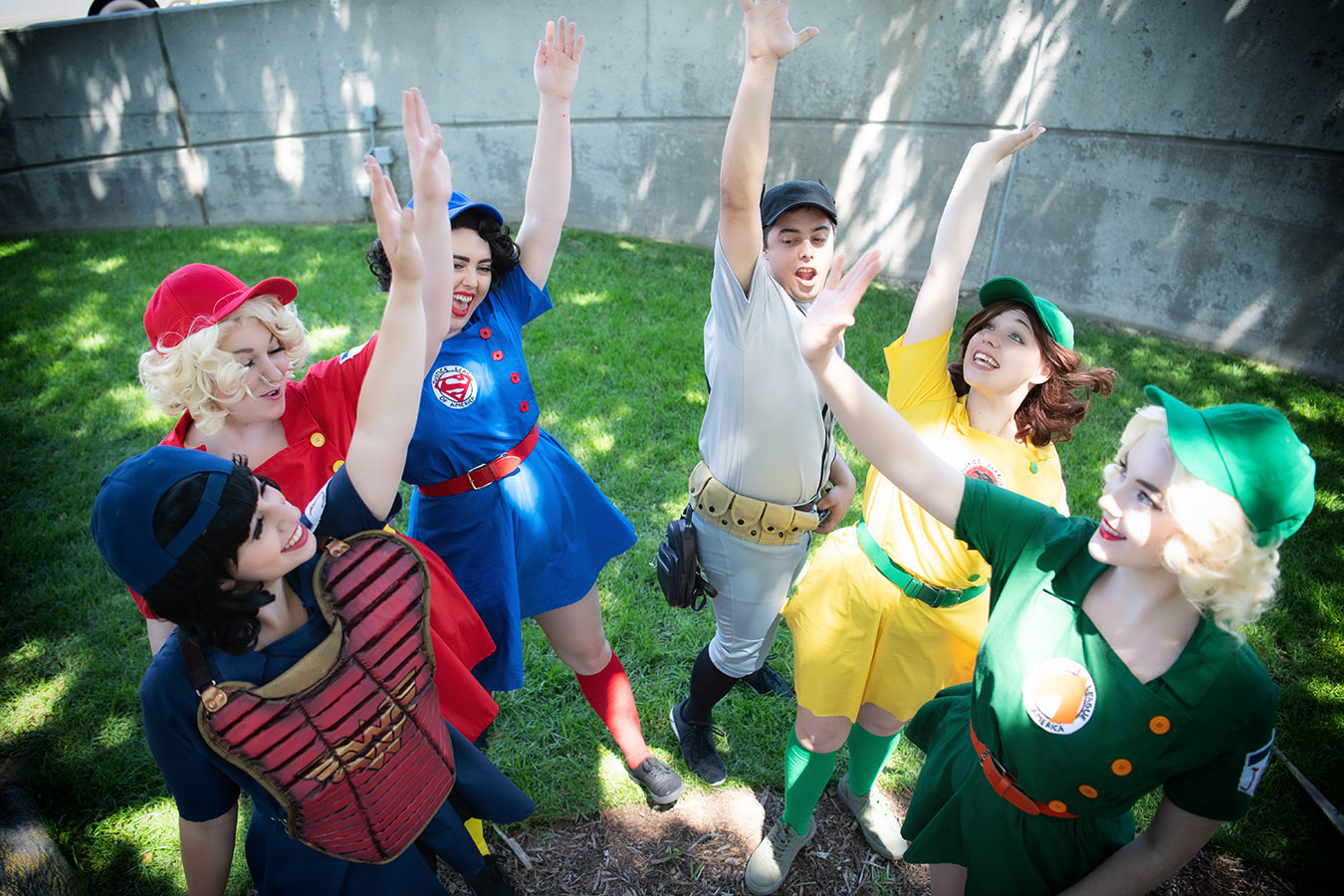 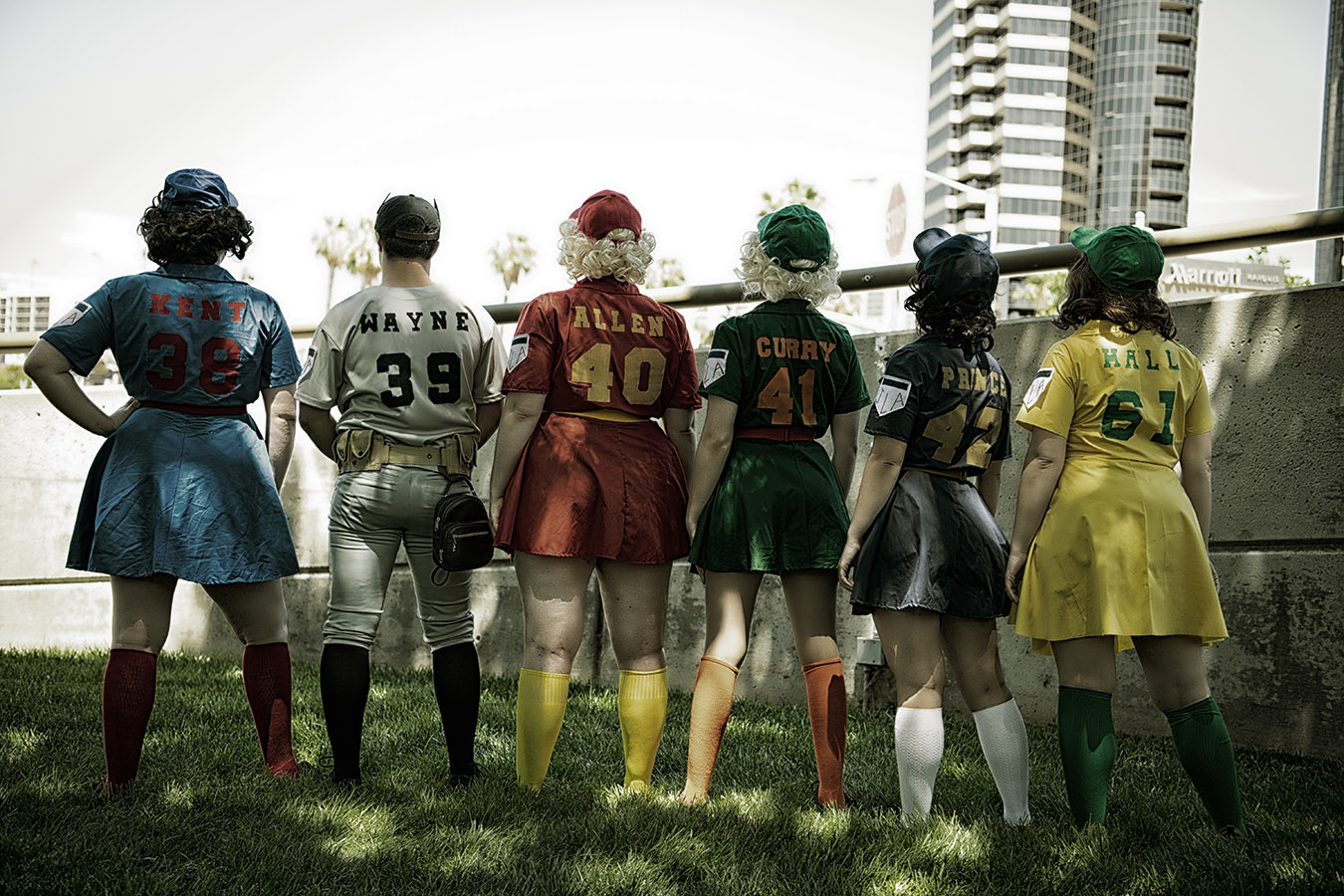 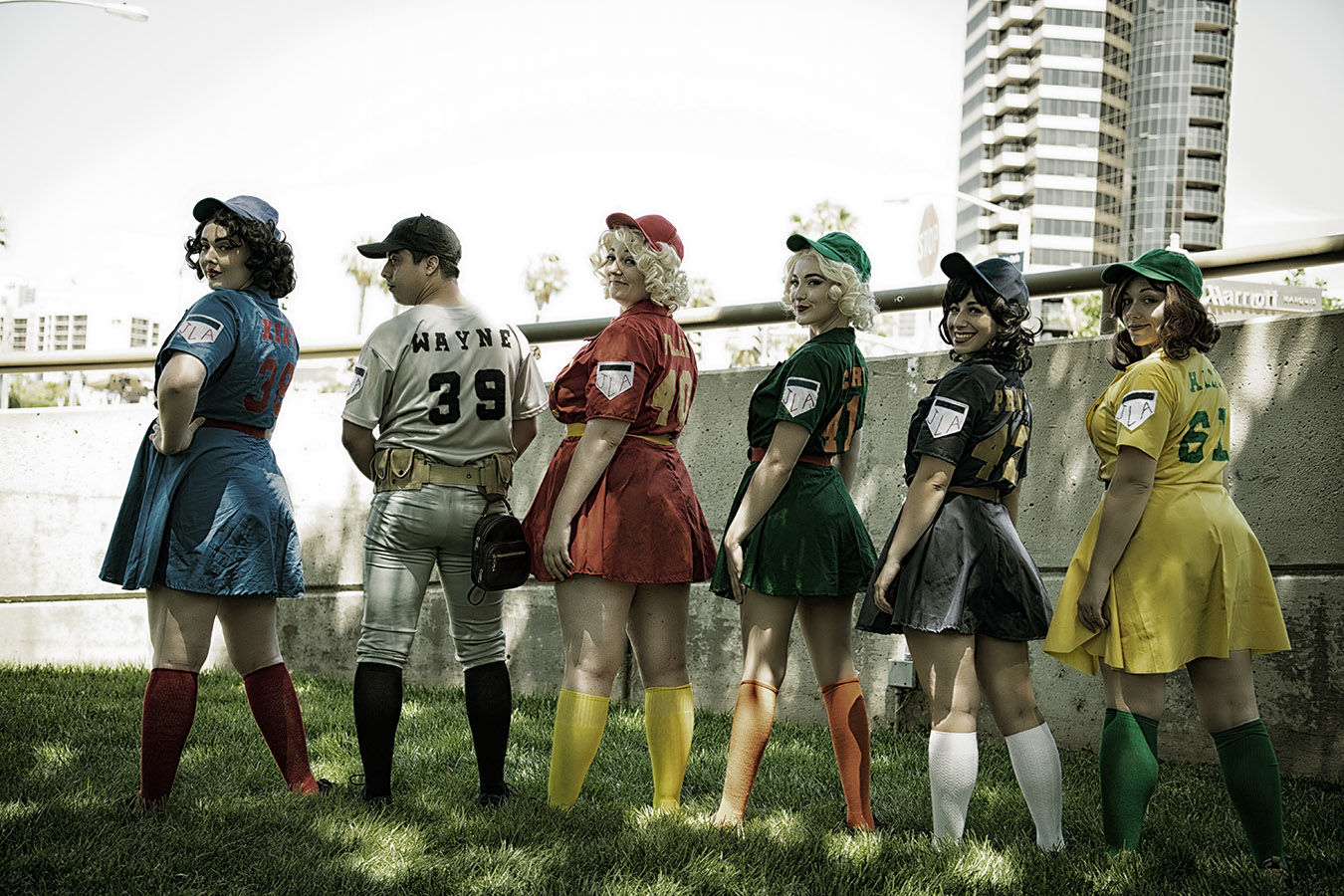