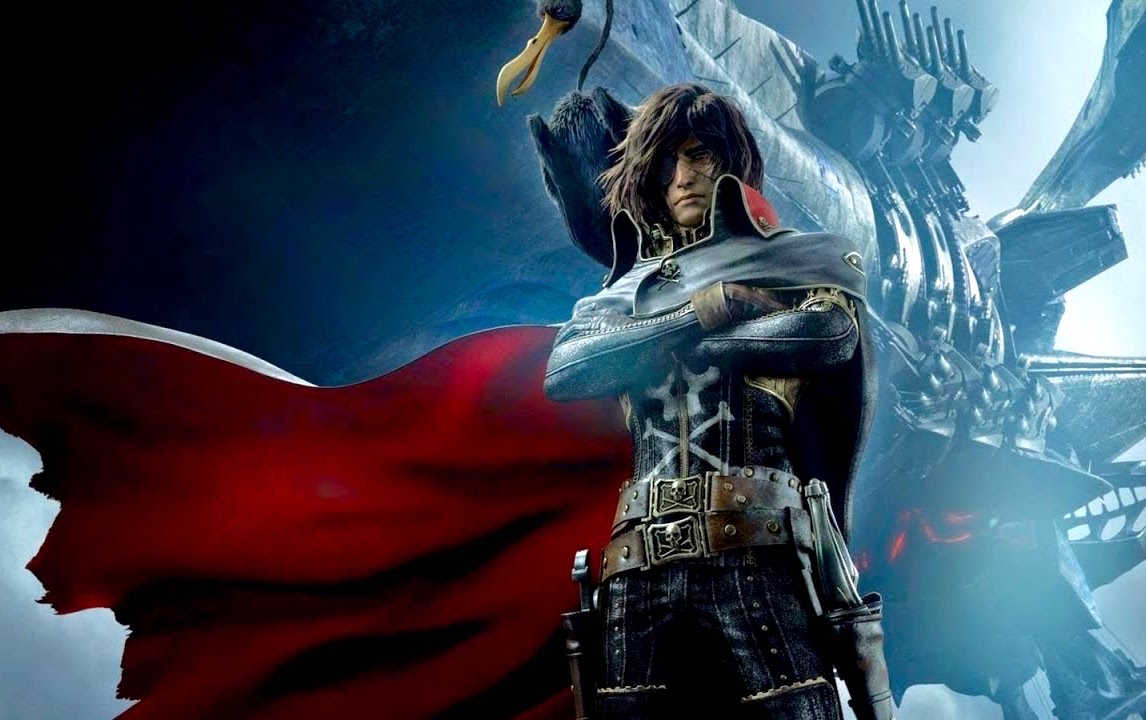 Rarely has so much visual character been thrown into one character: that high collar, the eye patch, the giant scar that runs across his face, the skull-and-crossbones emblazoned on his chest… Captain Harlock could have been torn off the the cover of a Harlequin romance novel. No wonder the character is on the bucket list for so many cosplayers. 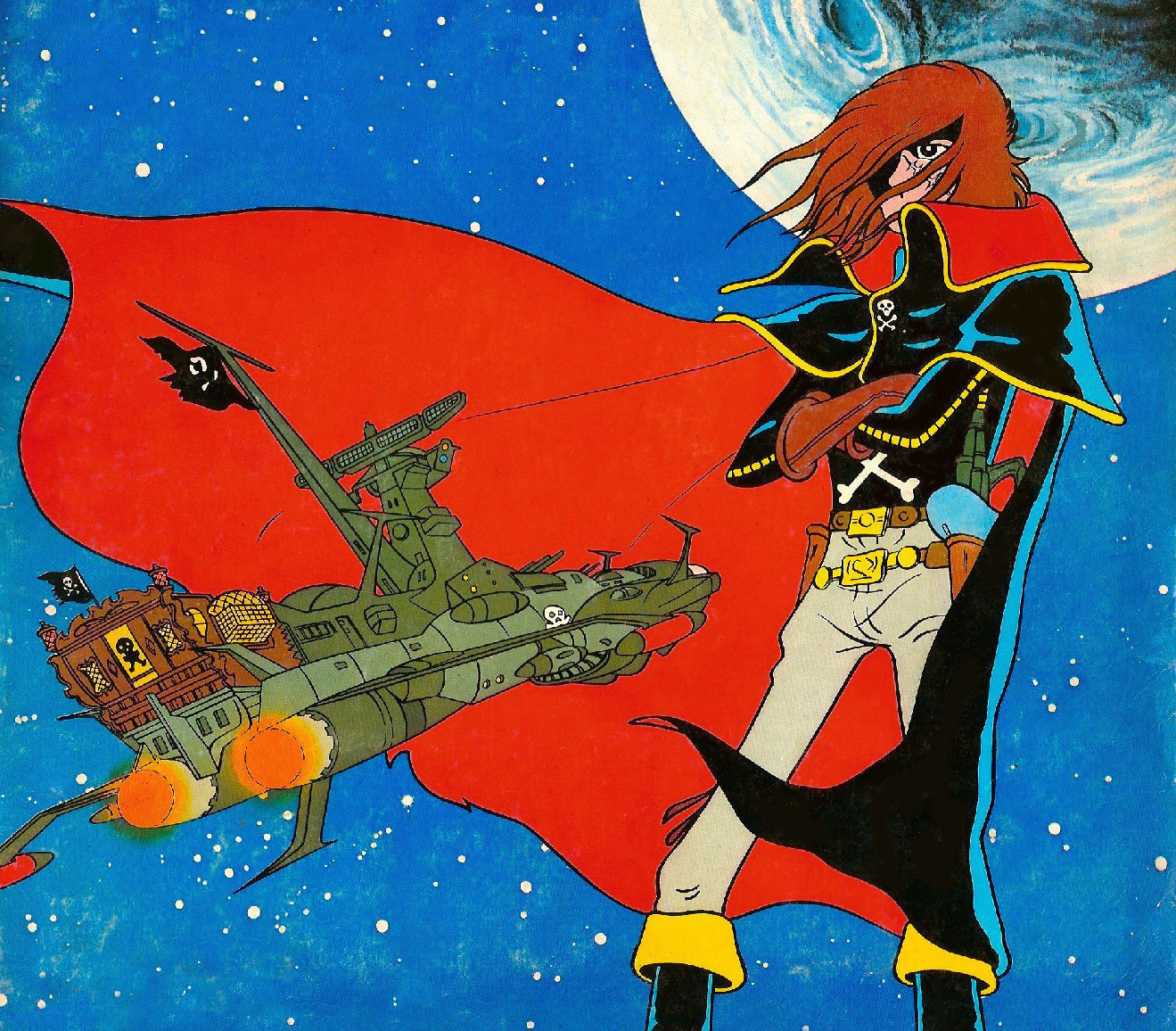 The captain was created, written, and drawn by Leiji Matsumoto and serialized in the Space Pirate Captain Harlock manga series from 1977 to 1979. A year later, the anime of the same name debuted in Japan. Since then, Harlock and his crew have starred in a number of short features, anime series, manga, and even a stage play. 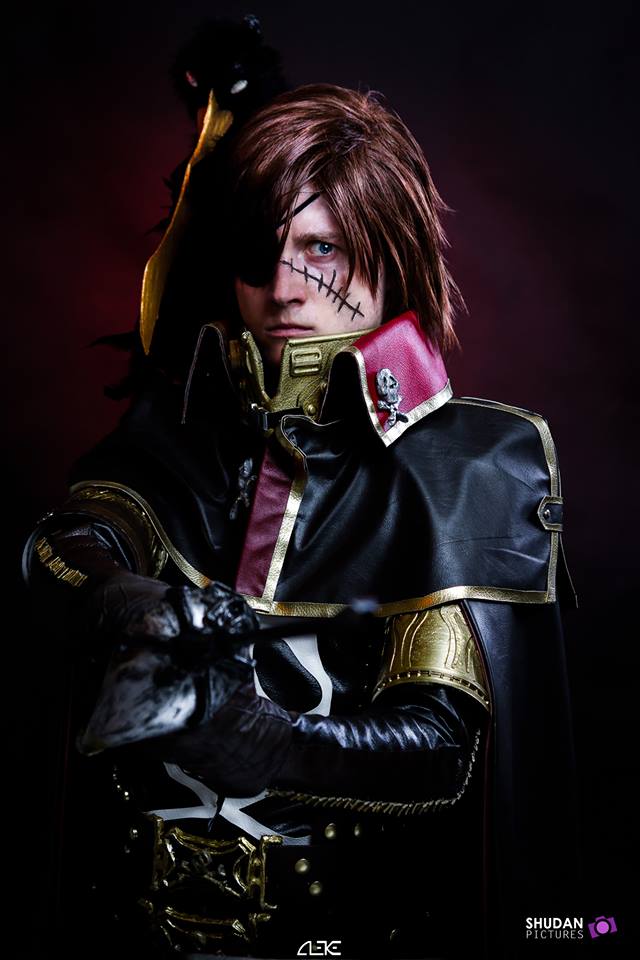 On the 40th anniversary of the original anime’s release, Captain Harlock and the crew of the Arcadia are enjoying something of a revival. Matsumoto tweaked his original story (and enlisted a new artist) to create Captain Harlock: Dimensional Voyage, a manga recently compiled and released stateside. On the screen, Netflix introduced a new generation of viewers to Matsumoto’s crumbling space-scape with the CGI extravaganza Space Pirate Captain Harlock. Boasting a budget in excess of $30 million – the largest in producer Toei Animation’s history – the film has been racking up international awards and new Harlock fans since its Japanese theatrical release in 2013 and its drop on Netflix a year later. 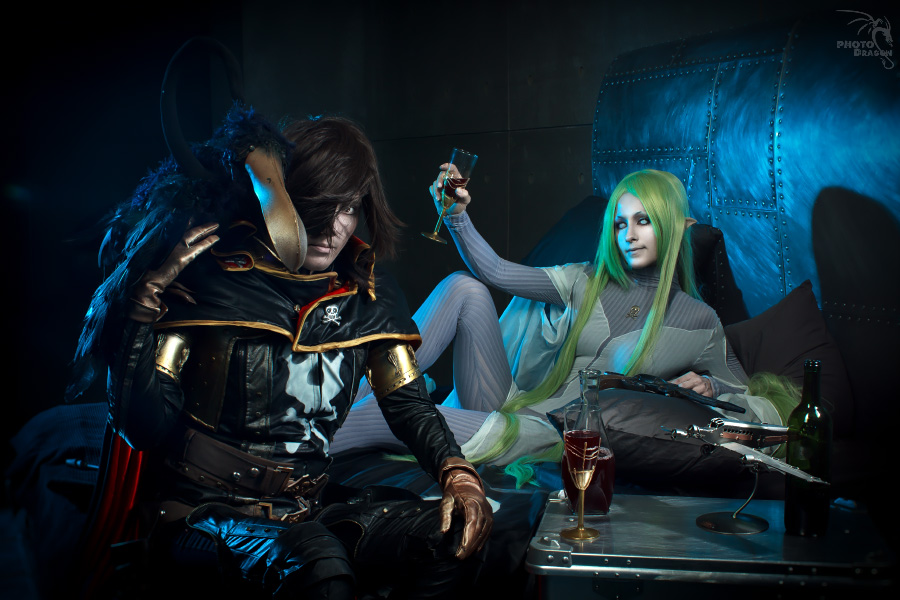 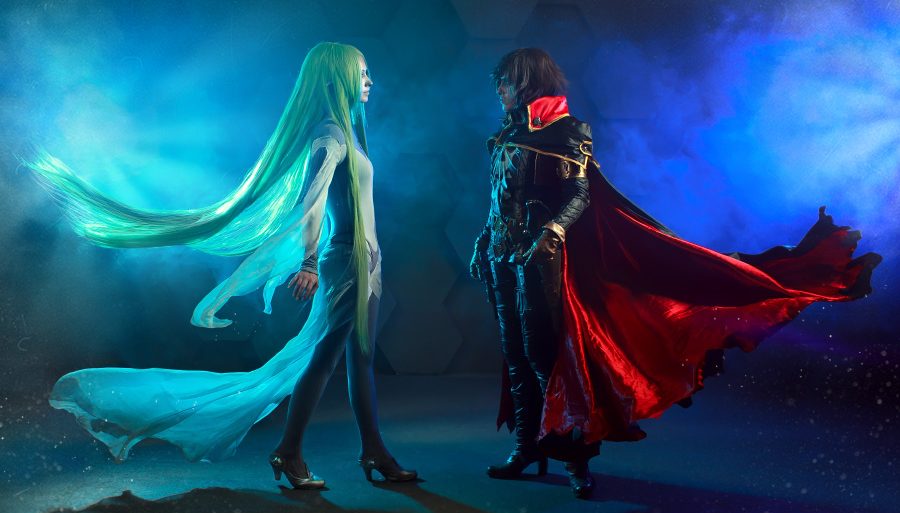 What’s the appeal? Beyond it being arguably the purest space opera ever produced for any screen, the Captain Harlock saga features a brooding, idealistic swashbuckling anti-hero who would have been right at home in one of the classic Rafael Sabatini pirate novels of yore. His crew is almost prototypically “rag-tag”: the beautiful, long-suffering and torch-carrying navigator, Kei Yuki; the brusque, beer-bellied first mate, Yattaran; and the mysterious and sexy alien Miime all sweep across the galaxy through an elegant darkness that we dread, yet desperately crave. 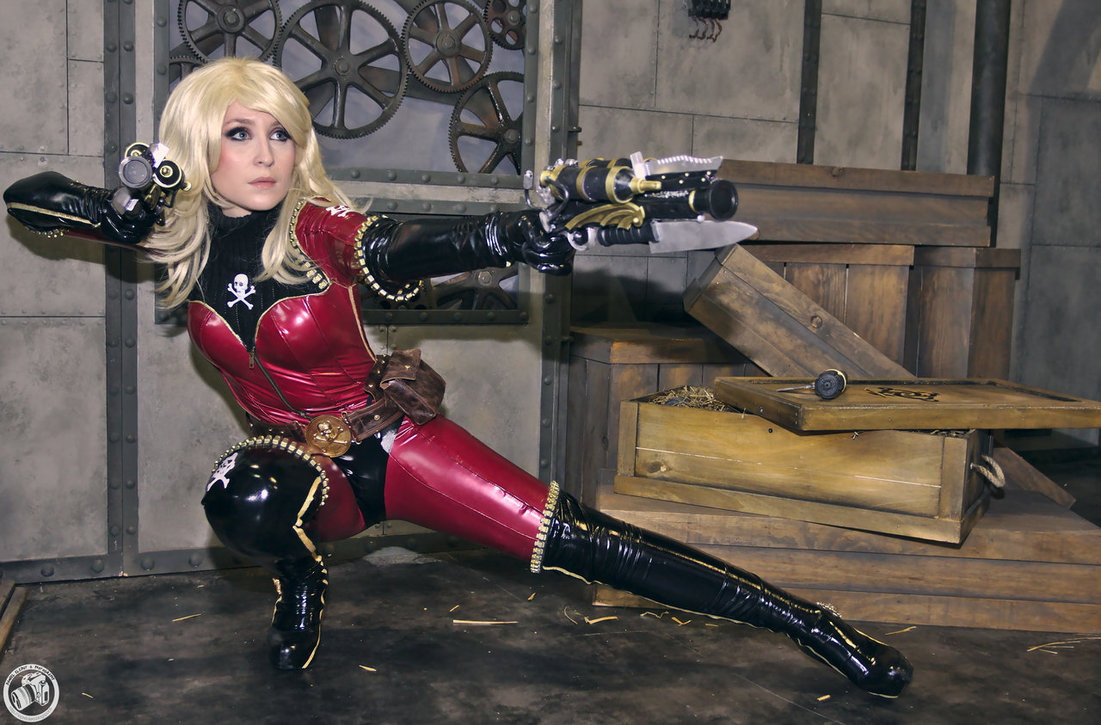 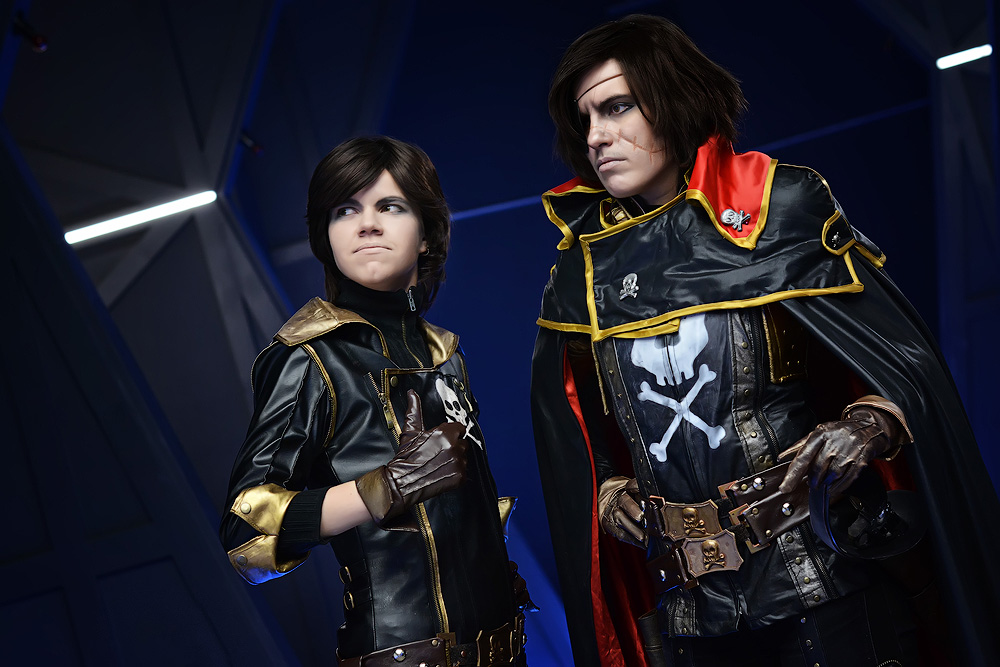 Matsumoto introduced Emeraldas as a flashback in the 1978 anime, as an opposite number to Harlock. A pirate captain in her own right, she would later prove so popular she would star in a number of her own series in both print and film. 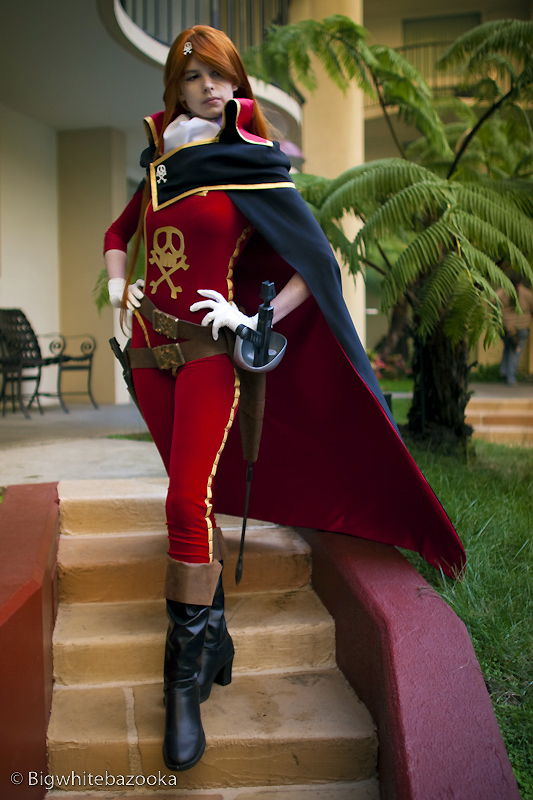 What’s next for the Arcadia and her crew? Last year Film World Studios LLC gained the rights to produce a live-action Captain Harlock movie, and the company has been releasing teasers via social media ever since. 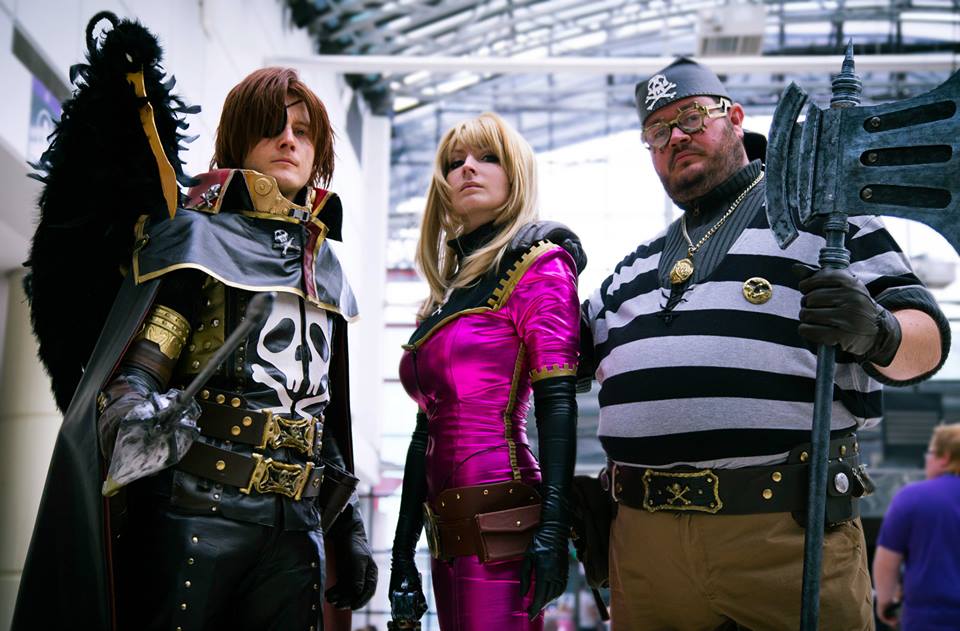