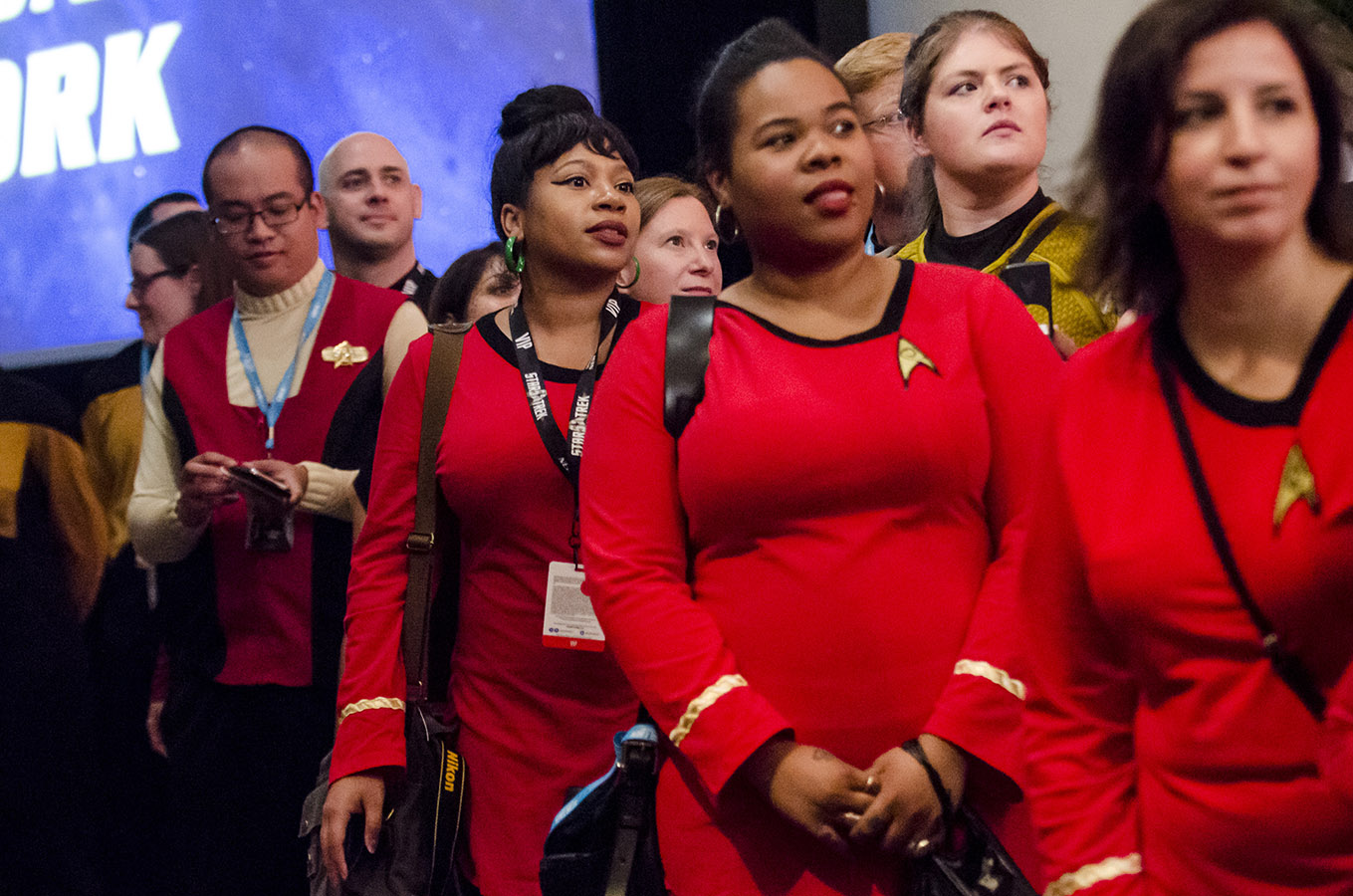 As the series turns 50, Star Trek fandom continues to prosper.

For 50 years Star Trek history has been tightly interwoven with the history of its fans. From the very first years of “The Original Series” their involvement has propelled the Starships of its fleet as its warp engine – to go where no TV series has gone before!

Way back in the winter of 1967 a fan letter writing campaign, naturally called “Save Star Trek,” was penned to keep the show on the air for a third season. Legions of fans, even New York’s Governor, Nelson Rockefeller, wrote to sing the praises of Star Trek and pointed out the good that would be done to keep it on the air. NBC acknowledged an unprecedented 115,000 letters were received between December 1967 and March 1968. NBC agreed to continue the show for its third and final season. 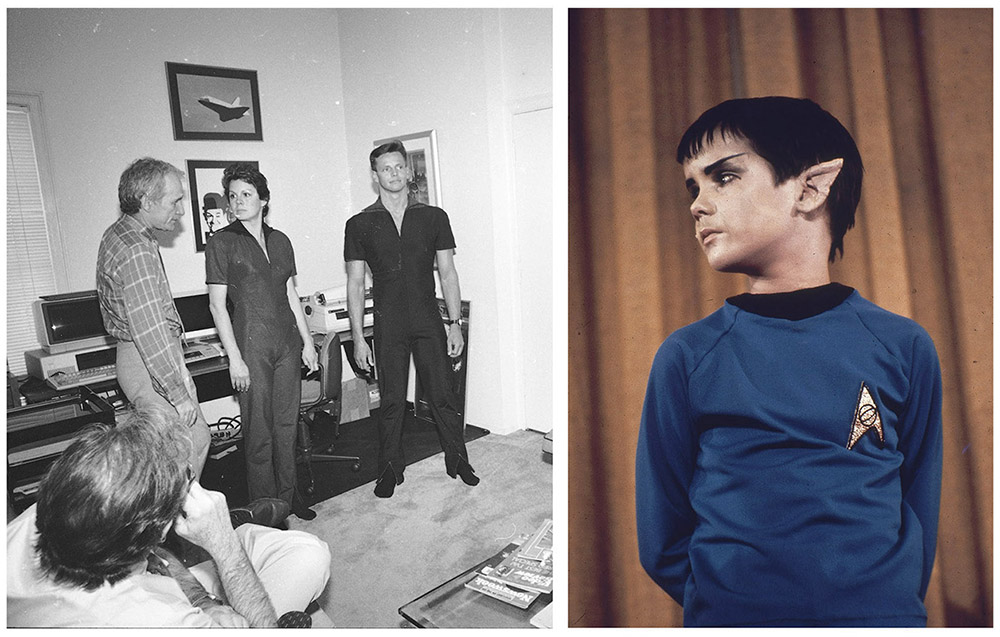 Although fans were seen wearing Spock ears at the 25th World Science Fiction Convention in 1967, the first recognized International Convention was held at the Statler Hilton in New York City from January 21-23, 1972. Organizers expected around 500 fans but an estimated 3000 attended – making it the largest Science Fiction convention at the time. The numbers swelled at the conventions in the next few years. The Convention of 1973 saw the number of fans double to 6,000. The following year the attendance went through the roof to 15,000. Chicago’s convention in 1975 had the honor of uniting the Original Cast for the first time with 16,000 fans bearing witness! 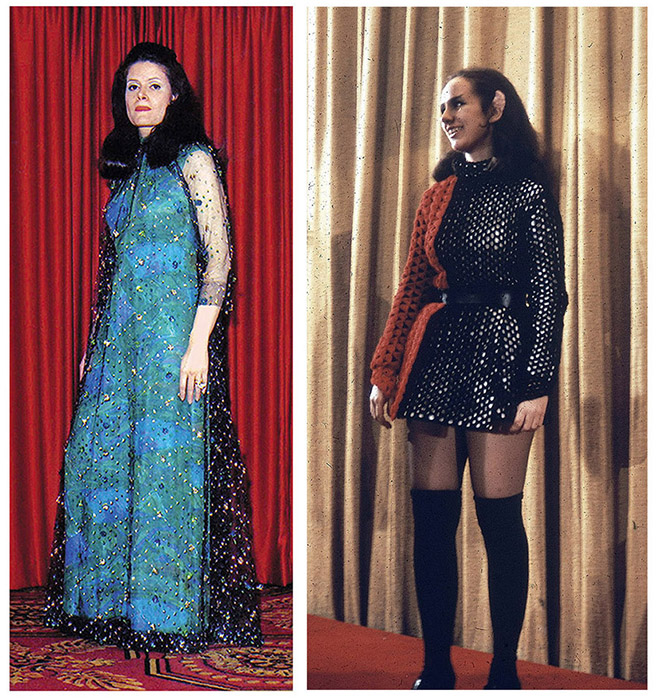 Fan interest served as a springboard for new projects. During this time “The Animated Series” was launched (1973-74) featuring almost the entire original cast voicing their characters. The first Star Trek movie was released in 1979, and twelve additional movies have been made and greeted with incredible box office success.  By a strange twist of fate in 1986 “Star Trek – The Original Series” was the most watched syndicated series in television – as measured by the very same Nielsen Ratings that sealed the shows fate in 1969. In 1987 a new television series was premiered, “The Next Generation,” which then became the highest rated syndicated television series by the end of its first season! Four more have followed, including a new series “Discovery” to start in January 2017.

What could drive this fan phenomenon? One does not have to look further than the rich worlds and visionary mythology Star Trek has put forth. Not creating alternate realities as an escape but as a signpost doing the difficult work of envisioning the future. 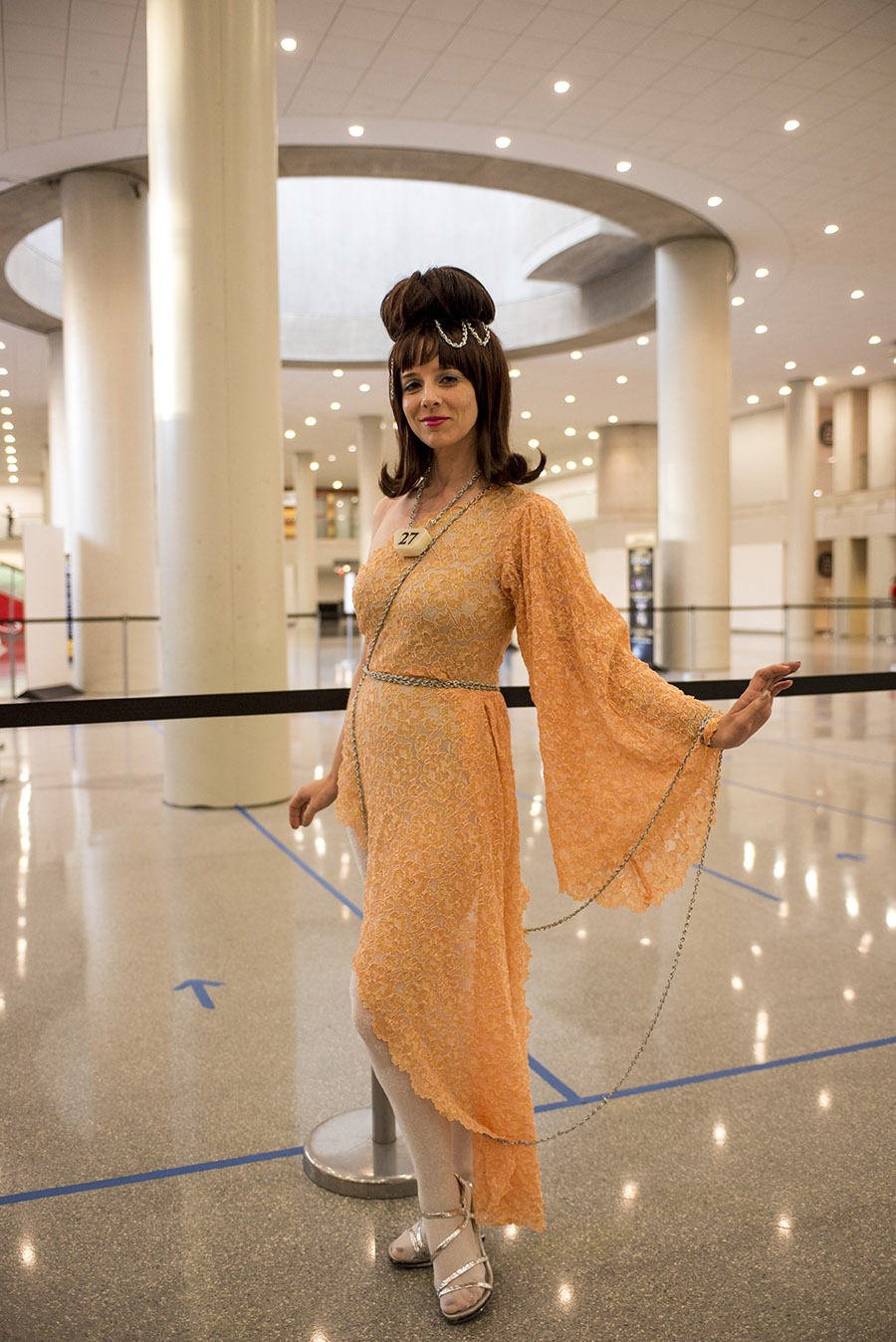 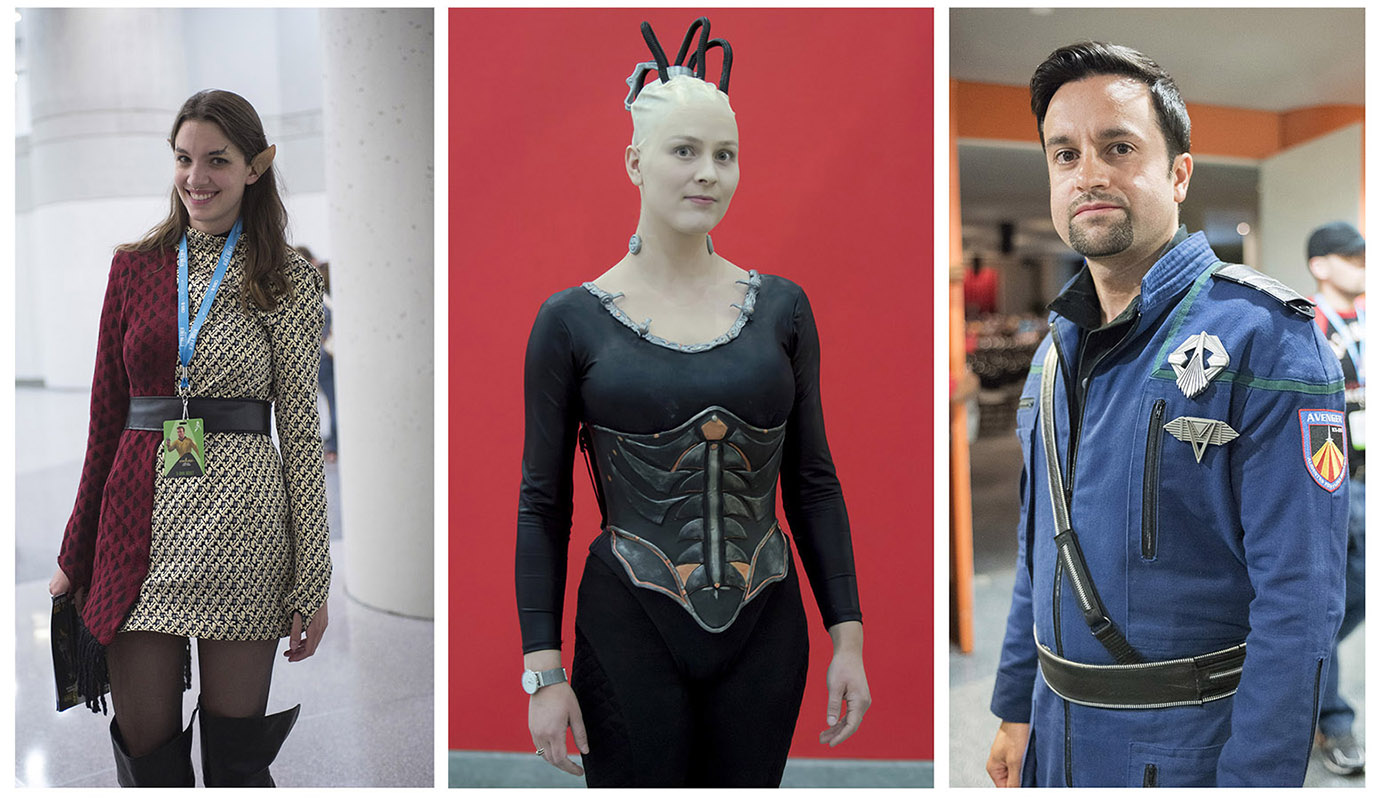 Mythologies have been around as long as recorded human history. Mythologies grow, change, evolve and get sometimes discarded when they do not touch peoples lives in a meaningful way. Star Trek creates a new mythology that is relevant to our technological time. It is a mythology that speaks to how we fit in the cosmos, how we interact with other beings, expressing our highest goals for conducting ourselves and to even approach the unknown. 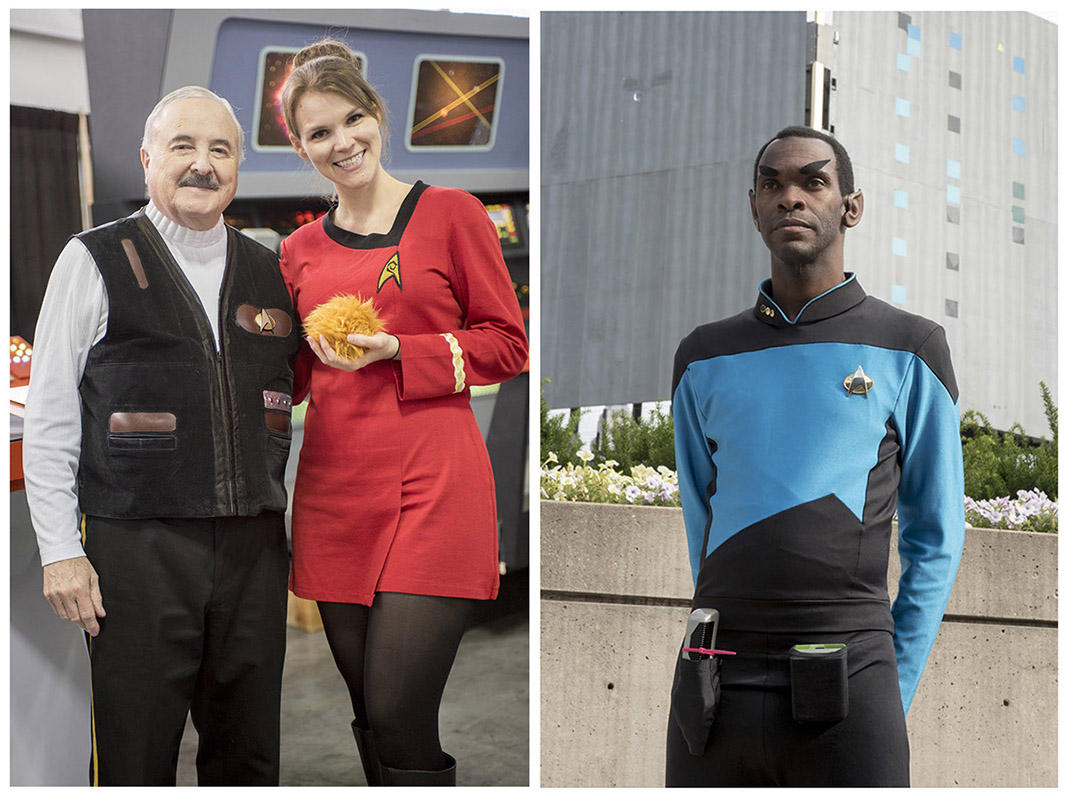 The franchise has us imagine a world of where assured mutual destruction is replaced by peace and understanding of races from far away worlds. It shows us progressing up the evolutionary ladder as a society where power should be balanced by wisdom and maturity. It documents the struggle for us to grow as sentient beings and the battles with our dark side. It is a universe that puts on display what all worlds should be like – and what ours should be more like – bringing the positive hope of a better world tomorrow. 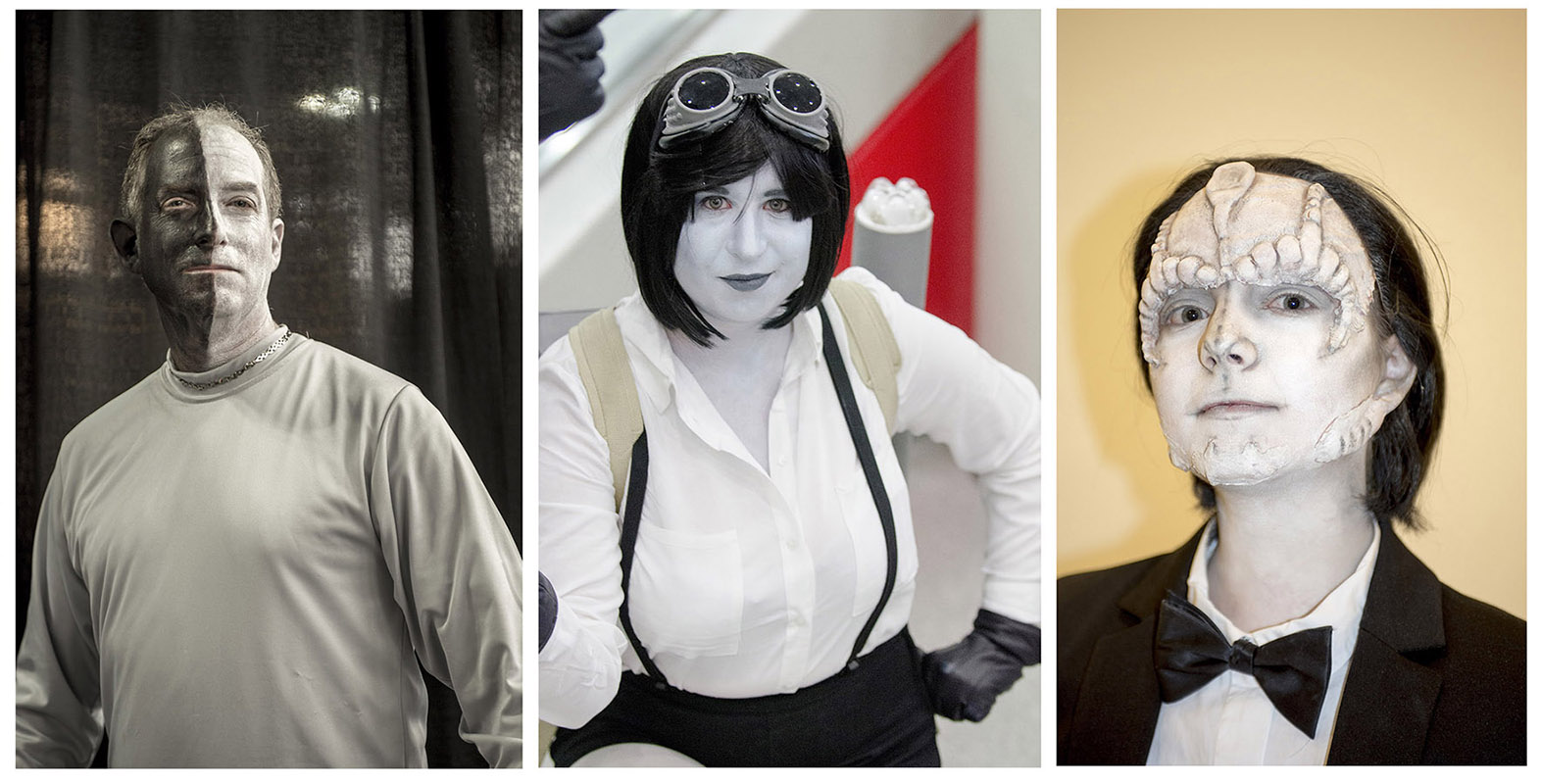 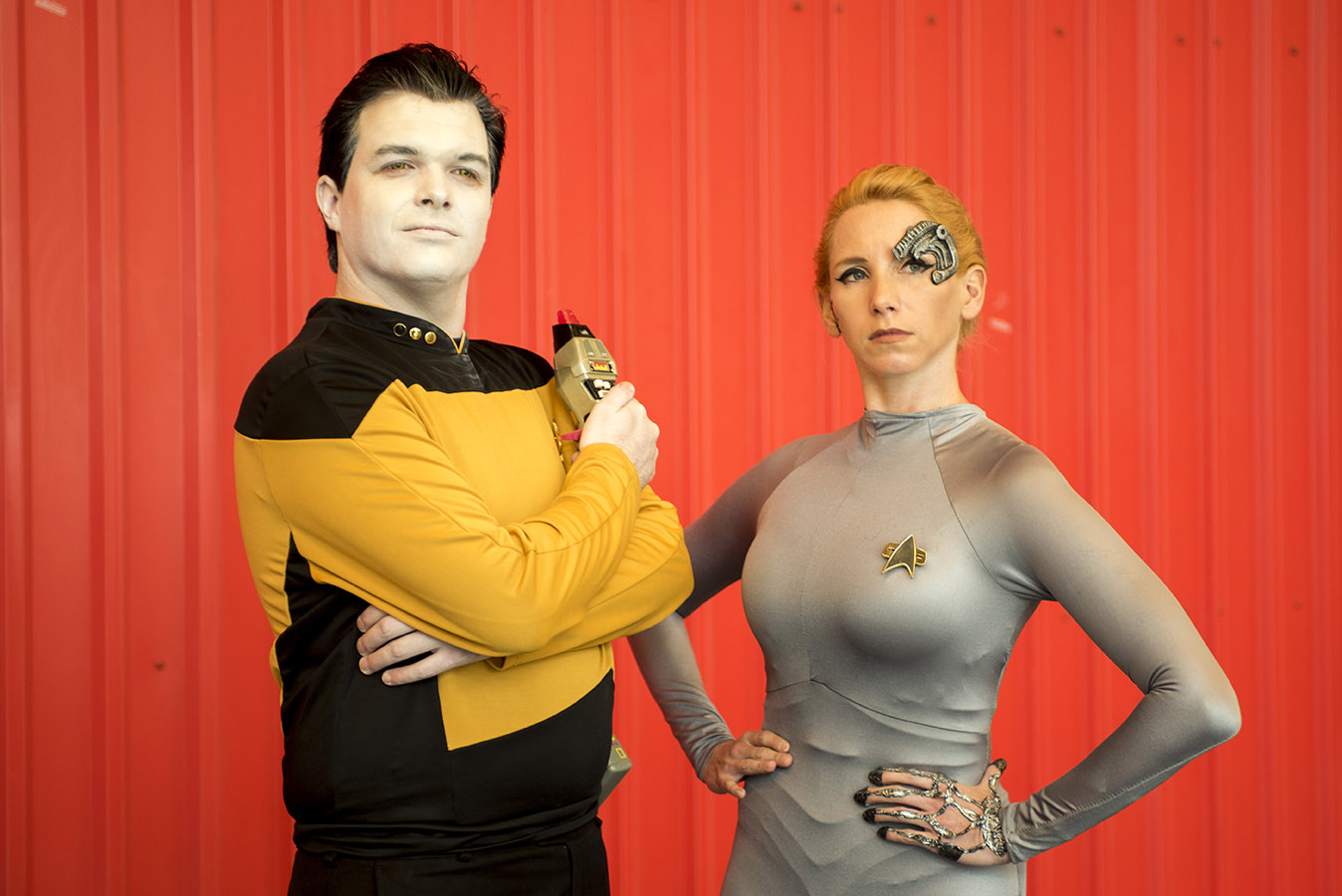 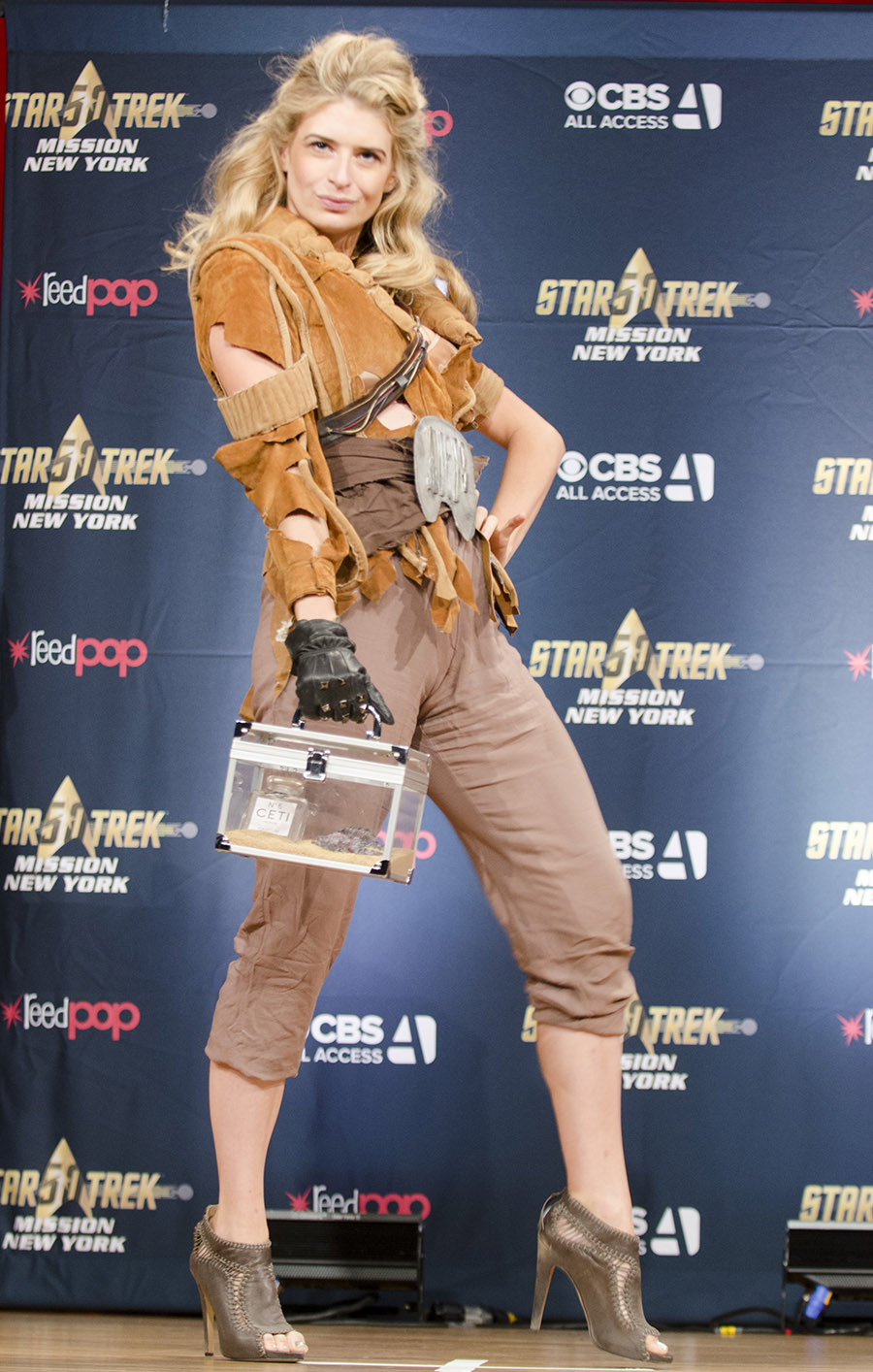 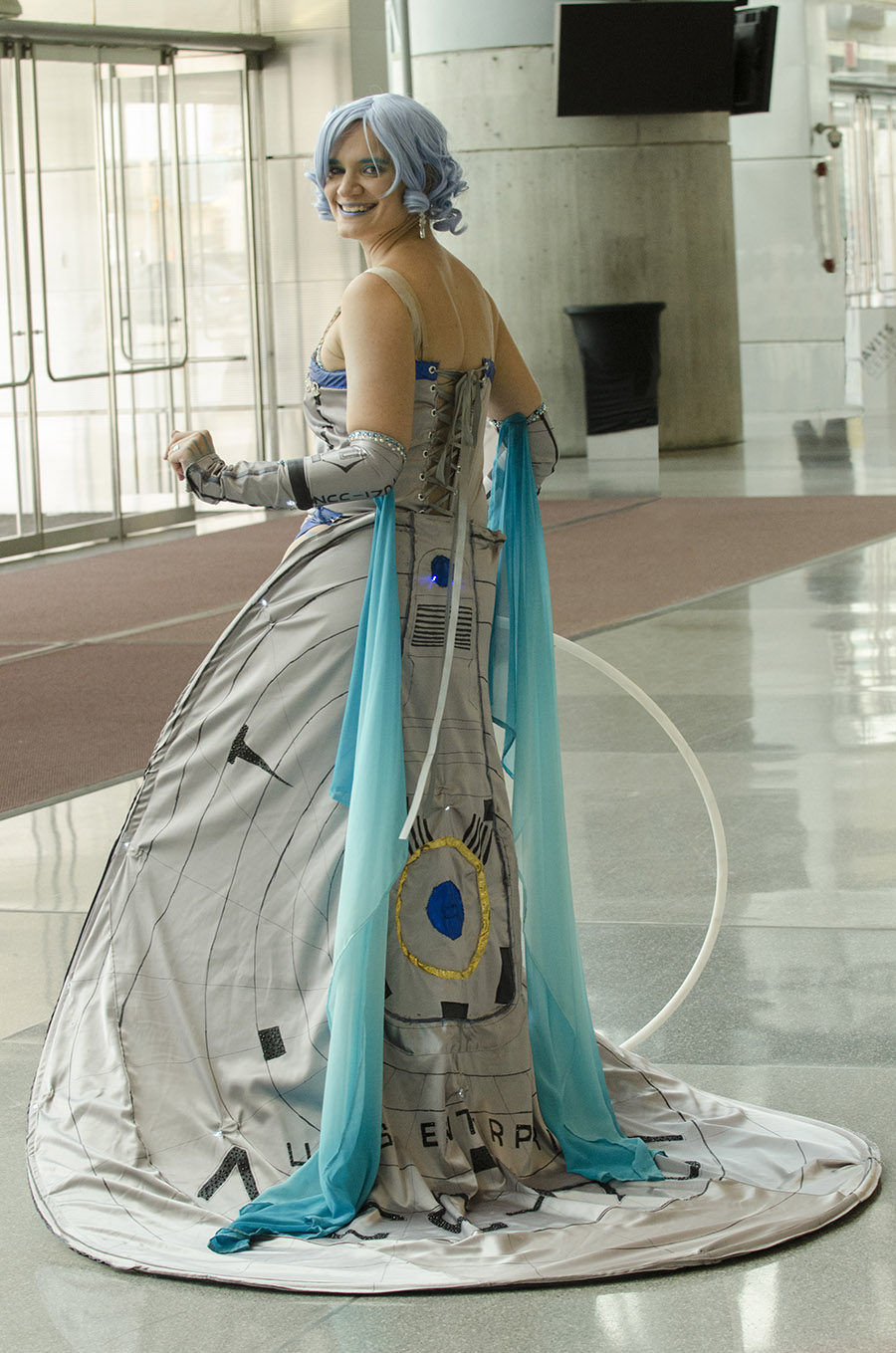 Most Elaborate: Desiree Hykes as the Enterprise 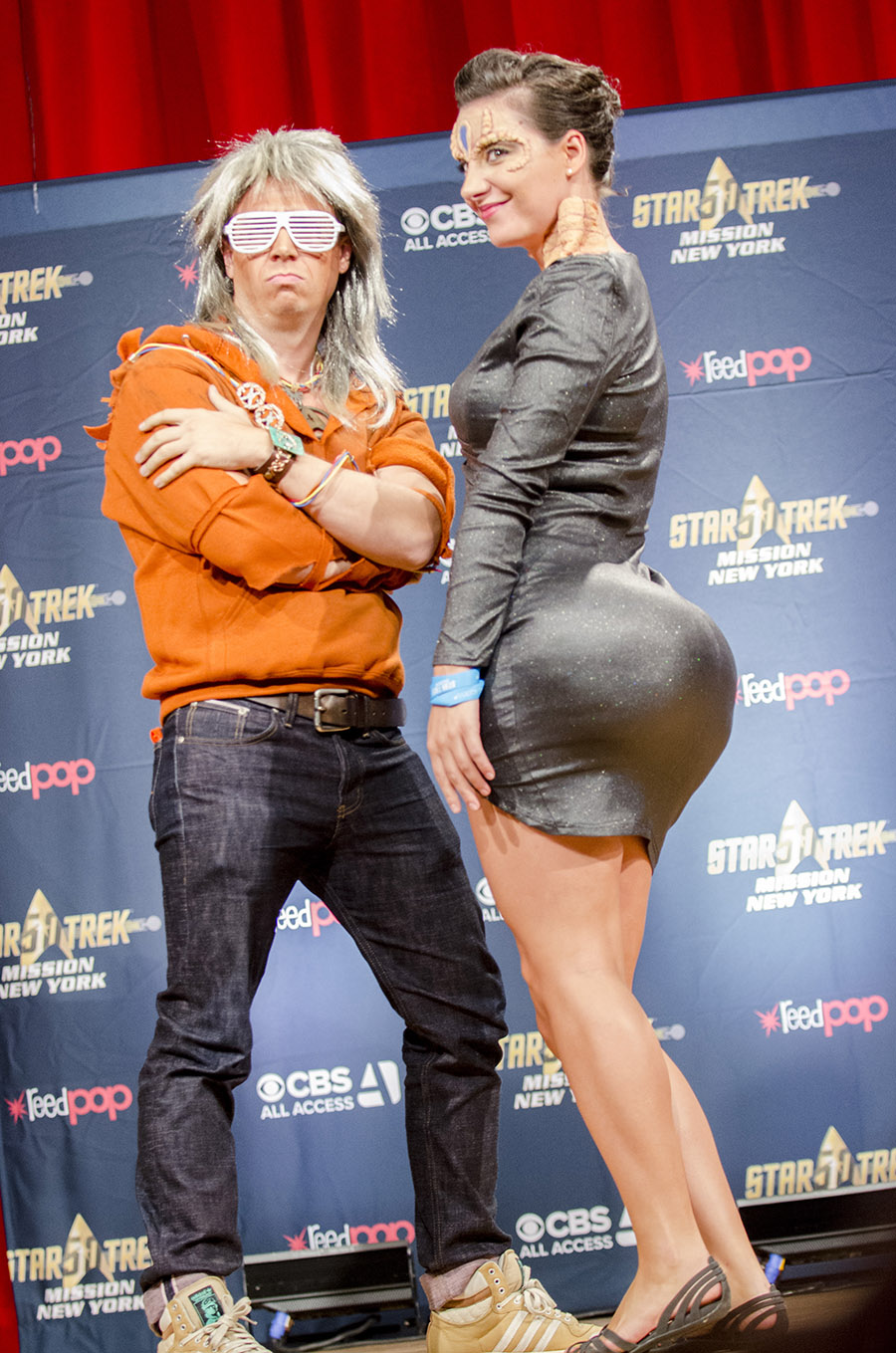 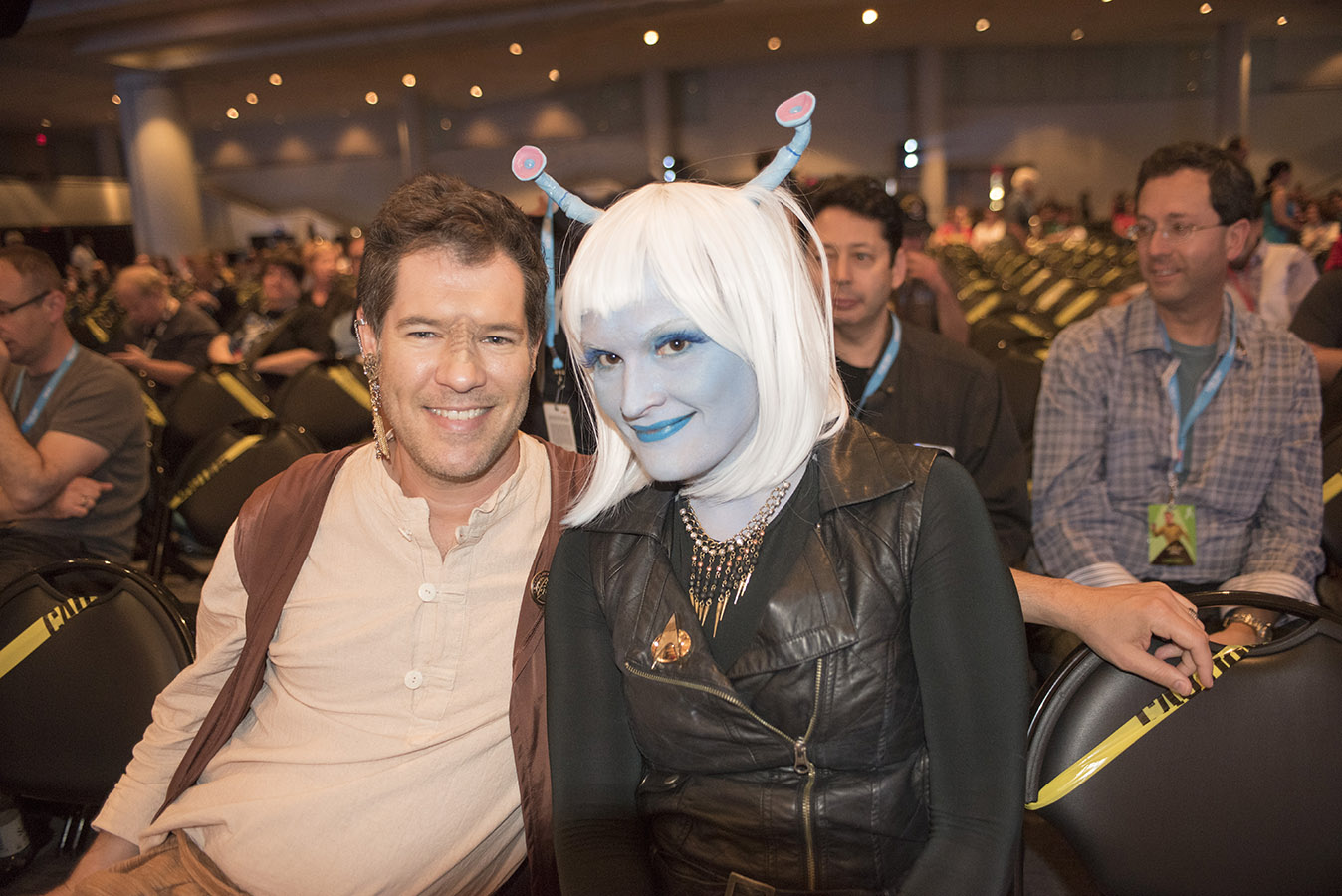