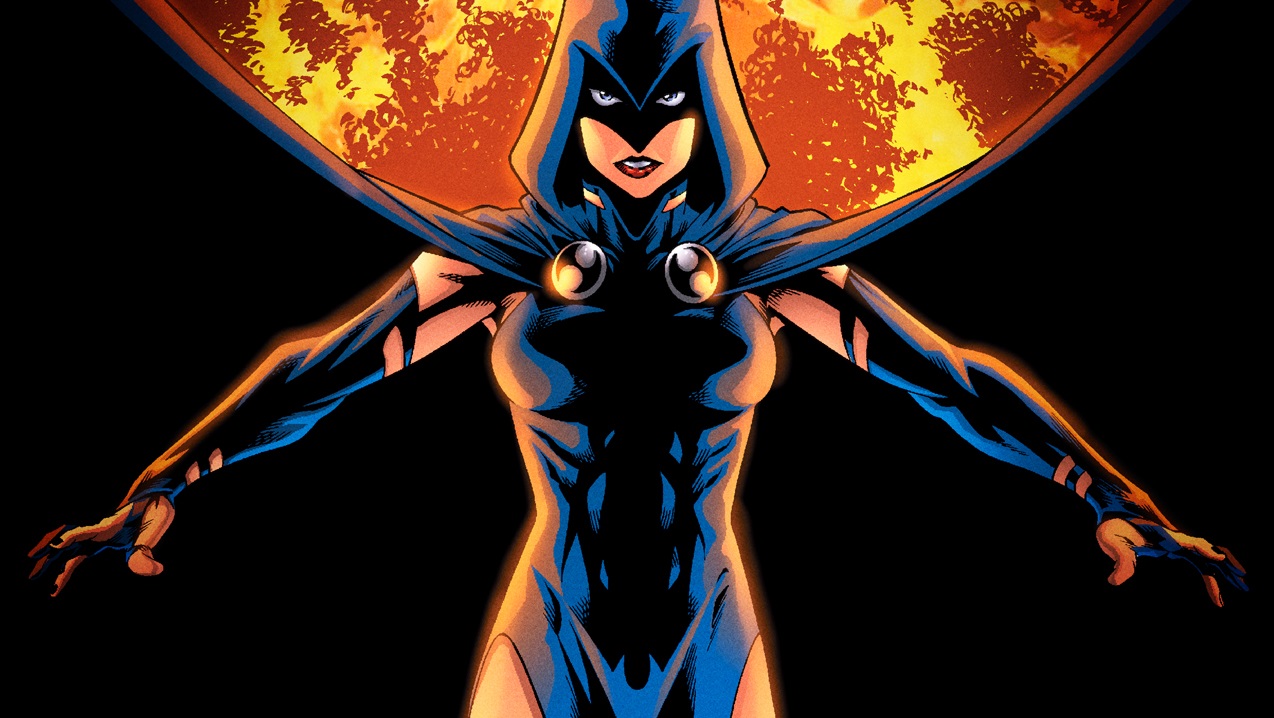 We’ve known for a while that DC and Warner Brothers were preparing a live-action version of Teen Titans (simply called “Titans”), but with the very recent announcement of their new streaming service’s name (“DC Universe”) and the release of pictures from the set, the reality has started to actually sink in. 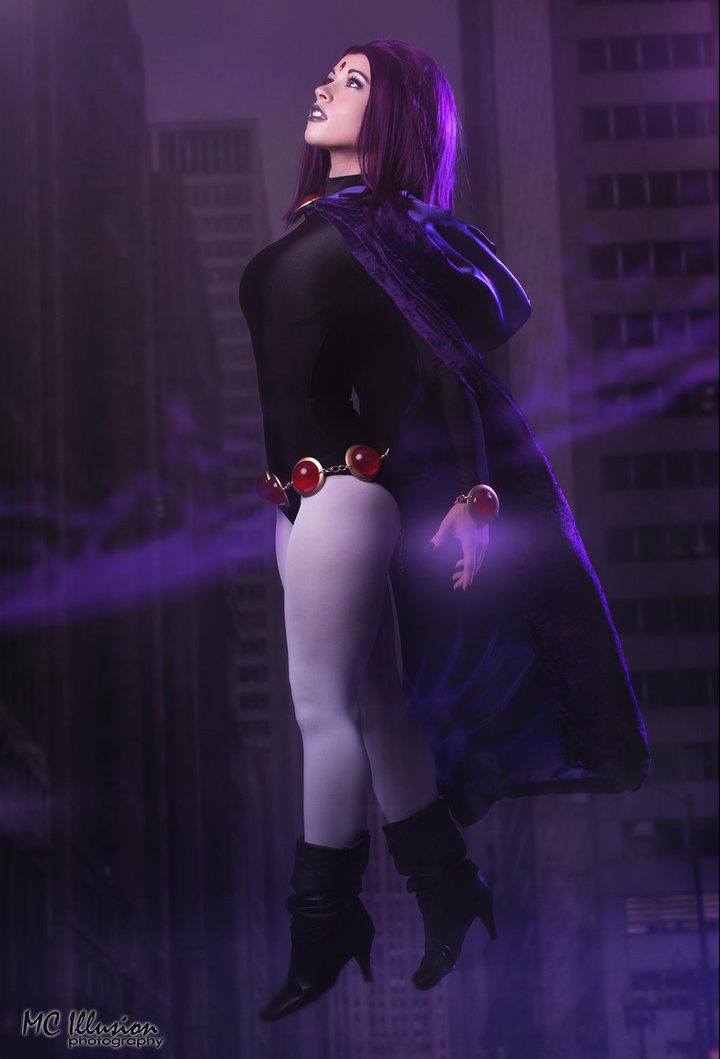 The original Silver Age Teen Titans were the sidekicks of Batman, the Flash, and Aquaman, with Wonder Woman’s protégé joining in issue #60. Only Dick Grayson and Donna Troy made the cut when writer Marv Wolfman and artist George Perez re-mined the concept in the 1980’s. The New Teen Titans became one of DC Comics’ best-selling titles, and the company’s answer to Marvel’s angsty teen sensations The X-Men. Ultimately, the book would often surpass its rival in both sales and critical acclaim. 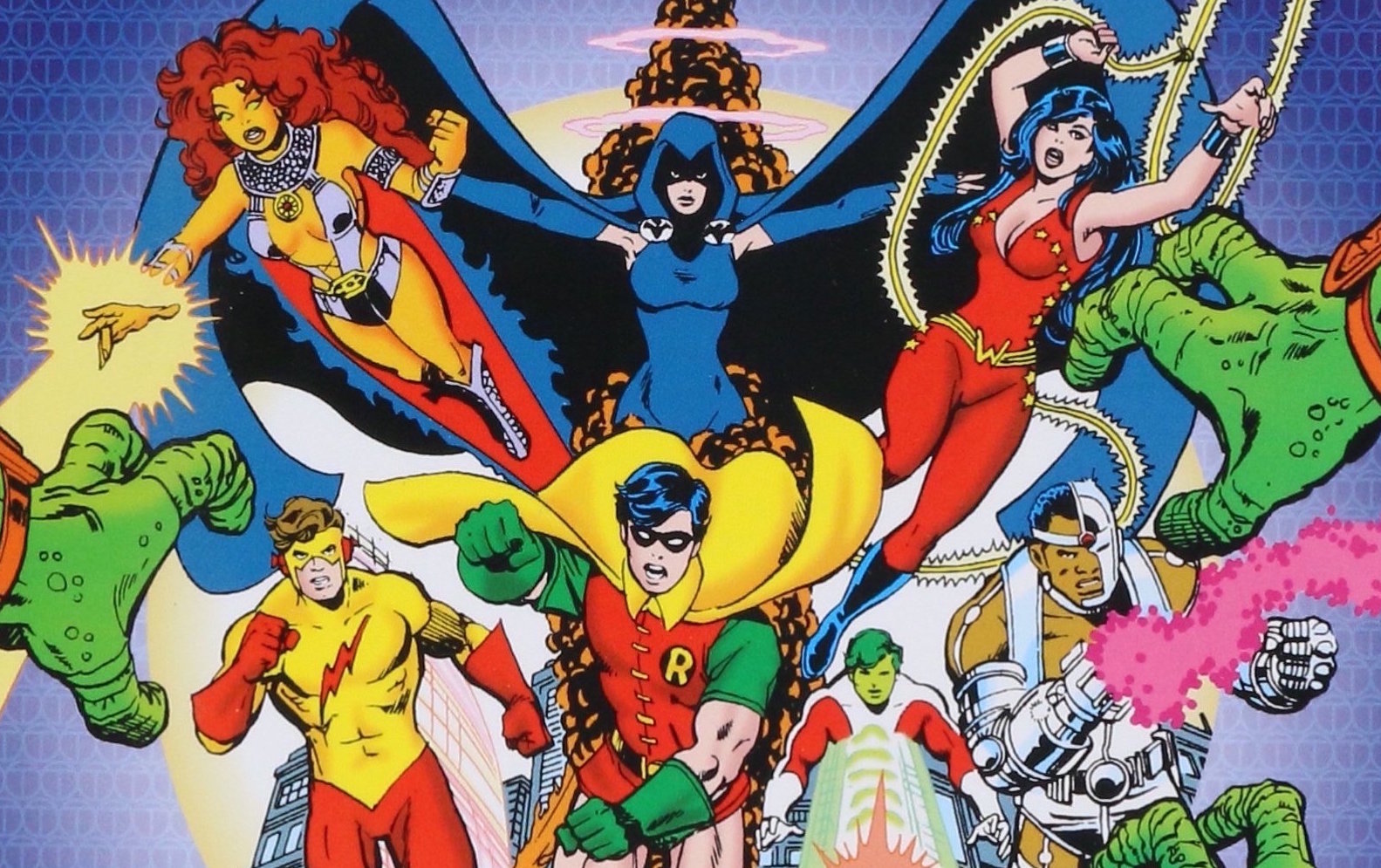 The success of the new team’s book was due in no small part to the character of Raven. As written by Wolfman, she was a true comics original: a dark, yet vulnerable, half-demon of (maybe!) unimaginable power. The emphasis the writer placed on her “super empathy” made Raven a perfect counterpoint to the ebullient star princess, Koriand’r and the super-girl-next-door, Donna Troy. The character has had a complicated history, rendered nearly un-followable by DC’s many universe reboots and do-overs. It’s no wonder, then, that the Raven which resonates most with cosplayers dates from the Cartoon Network’s Teen Titans series which aired for five seasons beginning in 2003. 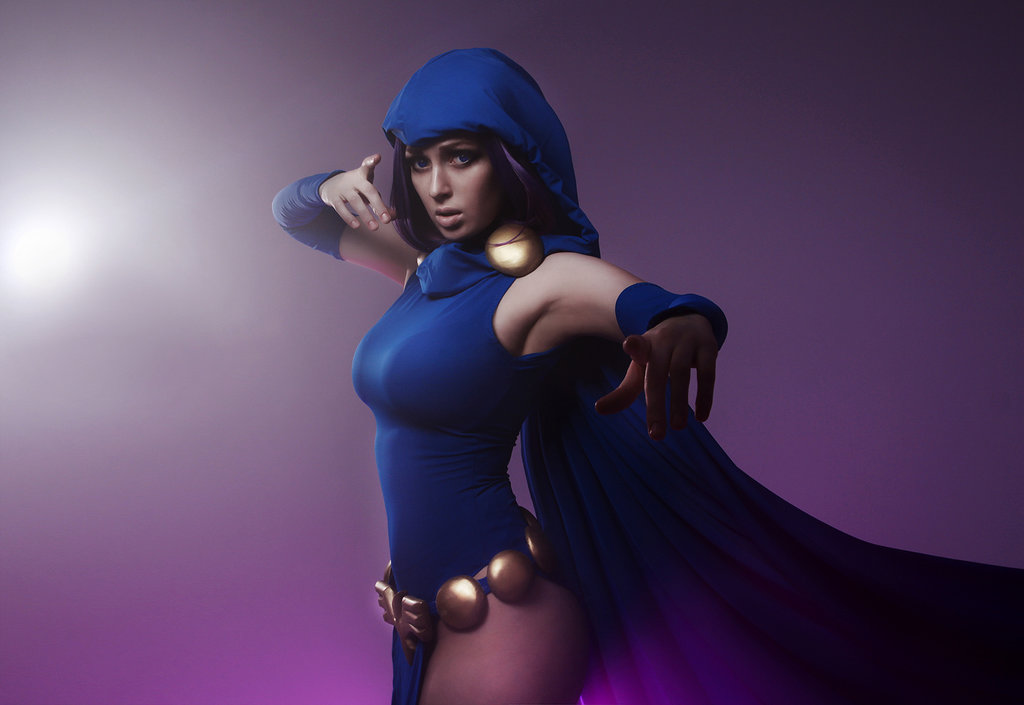 A new century and a new medium found Raven less the sensitive empath and more the anti-social snark. Her demon dad Trigon would still drag the team into one dystopian dimension or another, but Raven was just as likely to complain about someone moving her cheese in the Titans’ HQ fridge. The series’ formula of alternating between campy, light-hearted romps and over-drawn drama shouldn’t have worked, but it did, in spades. (Nerd trivia: The opening theme being sung in English signaled a serious episode; if it was in Japanese, expect the jokes.) 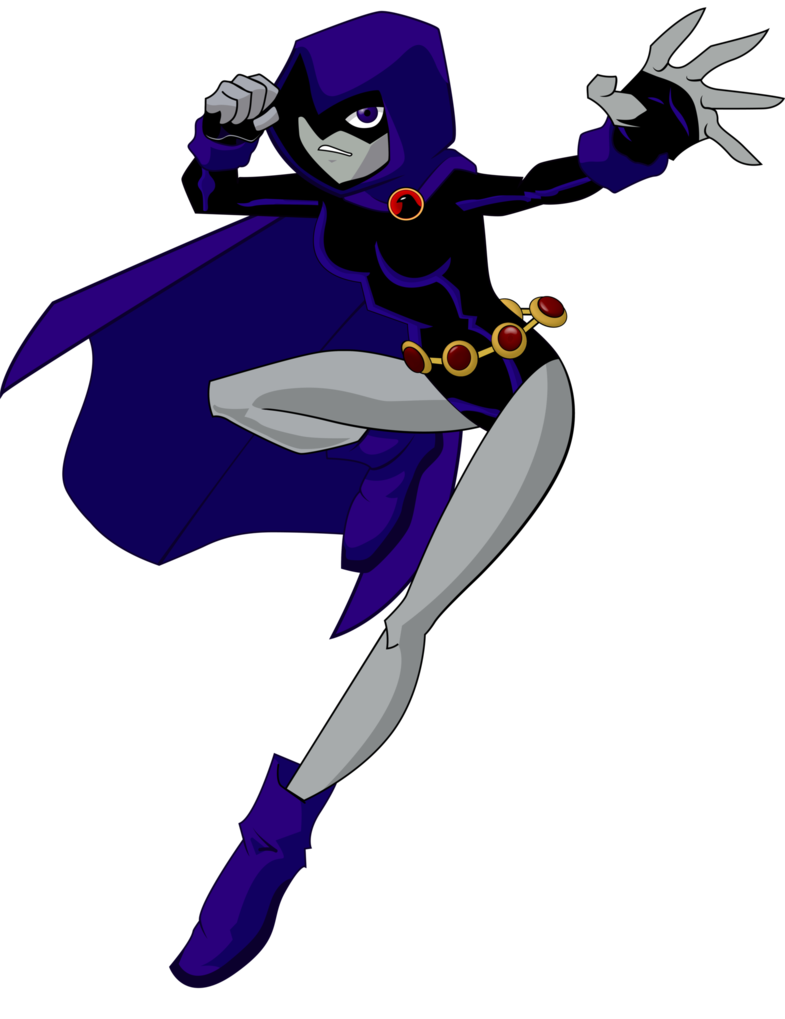 Teen Titans Go!, which is in its fourth season on Cartoon Network, only plays the team and Raven for laughs. To the dismay of many fanboys, the series remains successful and is due for a feature film release this summer. Raven’s look on all her Cartoon Network series was reminiscent of the original Perez art, but animators replaced that blue dress with a black leotard and blue hooded cloak. The dusky gray skin tone and violet eyes that cosplayers enjoy so much were also fresh. The uniquely sexy/alien aspect of the cartoon character proved so popular that subsequent versions of Raven in the comics would emulate it. 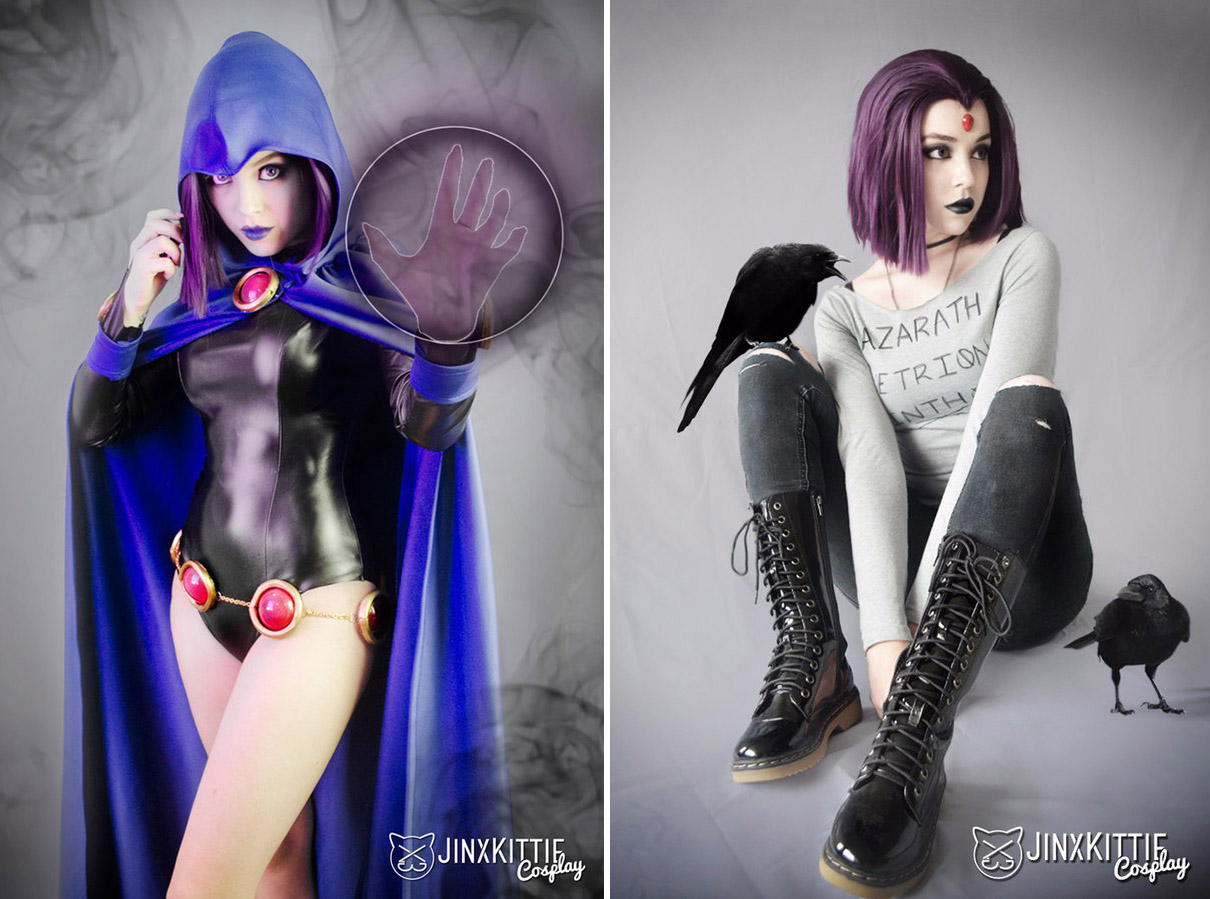 2 versions of Raven by JinxKittie Cosplay 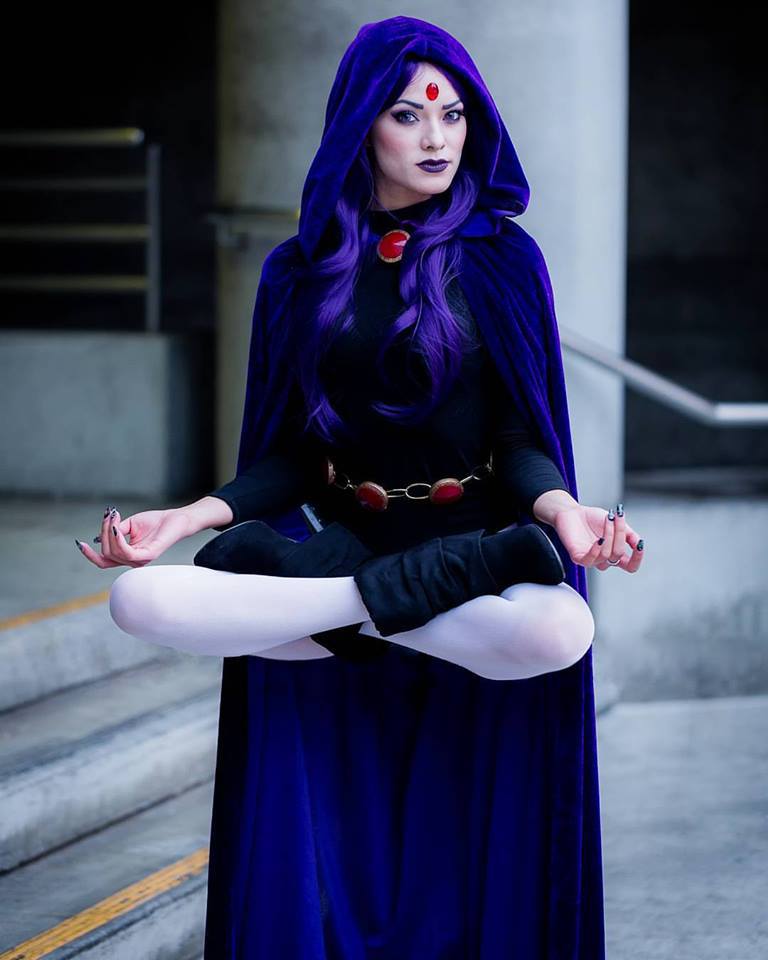 So far, the internet has not been kind to the new live-action show, which has no premiere date more firm than “2018.” A leaked photo from the series still in production showed a Beast Boy, played by Ryan Potter, and Raven, by Teagan Croft, appearing with a decidedly unheroic sense of fashion. 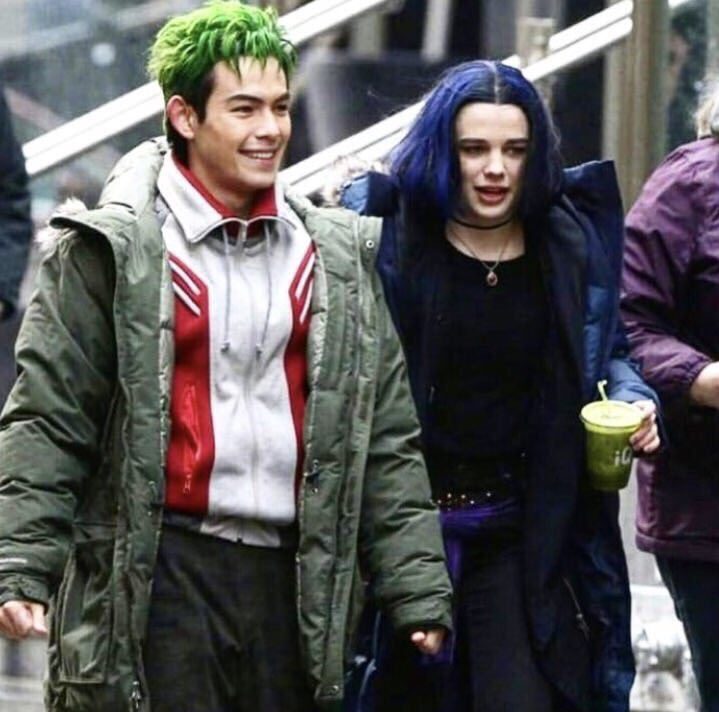 But it’s early, and Netflix threw everyone a head fake with their early Daredevil stills, so maybe the producers are just playing with us. 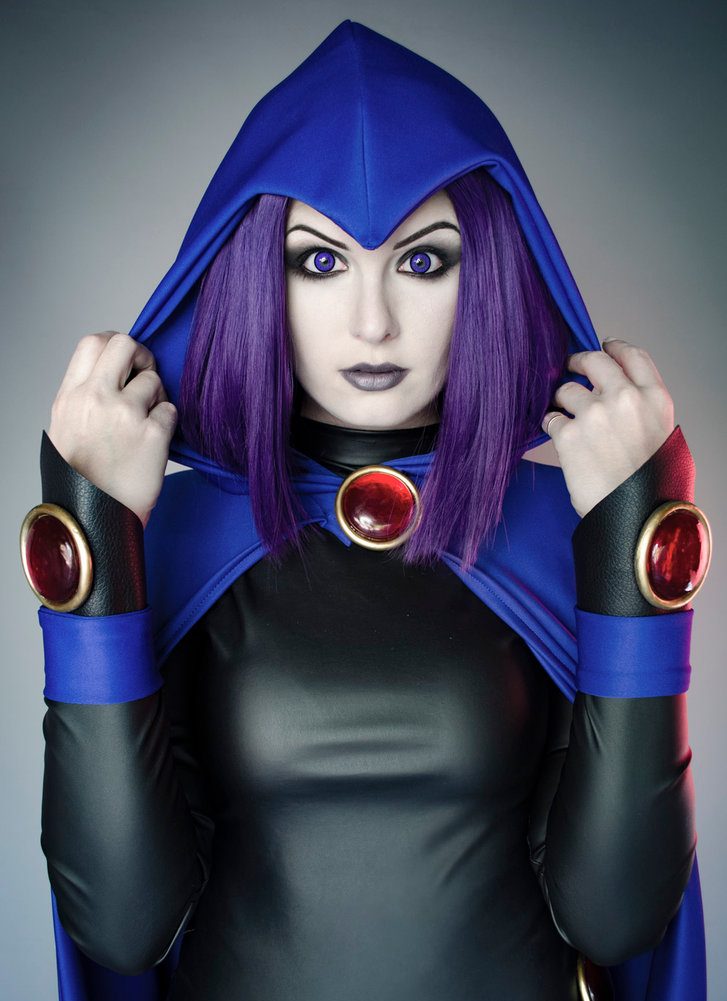