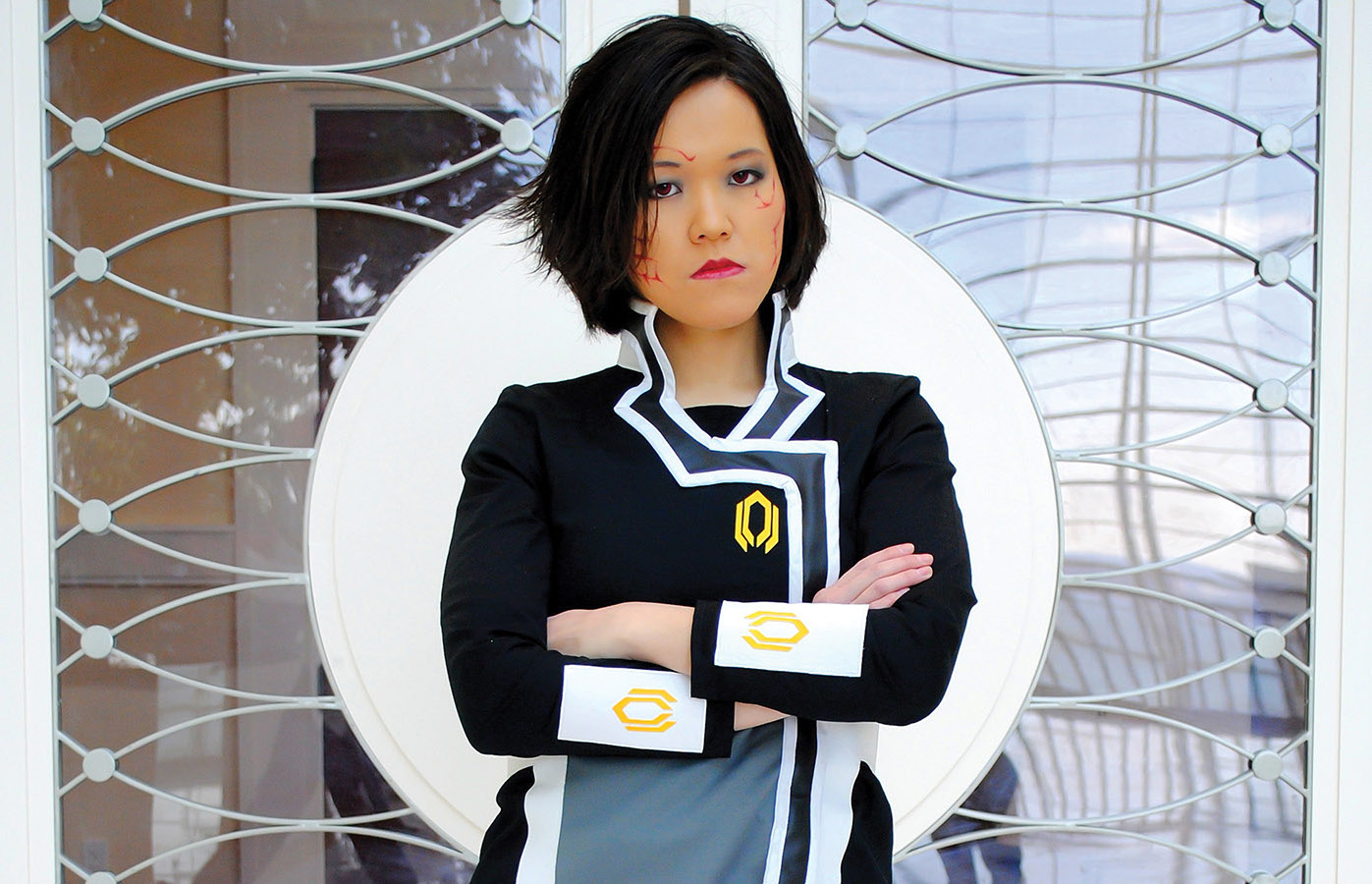 by Tiffany Pegram
Hello, readers, and welcome to another edition of Cosplayer Spotlight, a regular feature where we introduce you to an amazing cosplayer you’ve probably never heard of! Don’t have a million followers on Instagram? No biggie. From first-time cosplayers to long-time lurkers-in-the-background-of-YouTube-videos, all it takes to be featured here is a true love of costuming and enthusiasm for the community and art! Wanna be featured? Keep an eye out for Cosplay Culture staff at a convention near you, or drop us a line on Facebook or Instagram! We’d love to see what you’ve got! 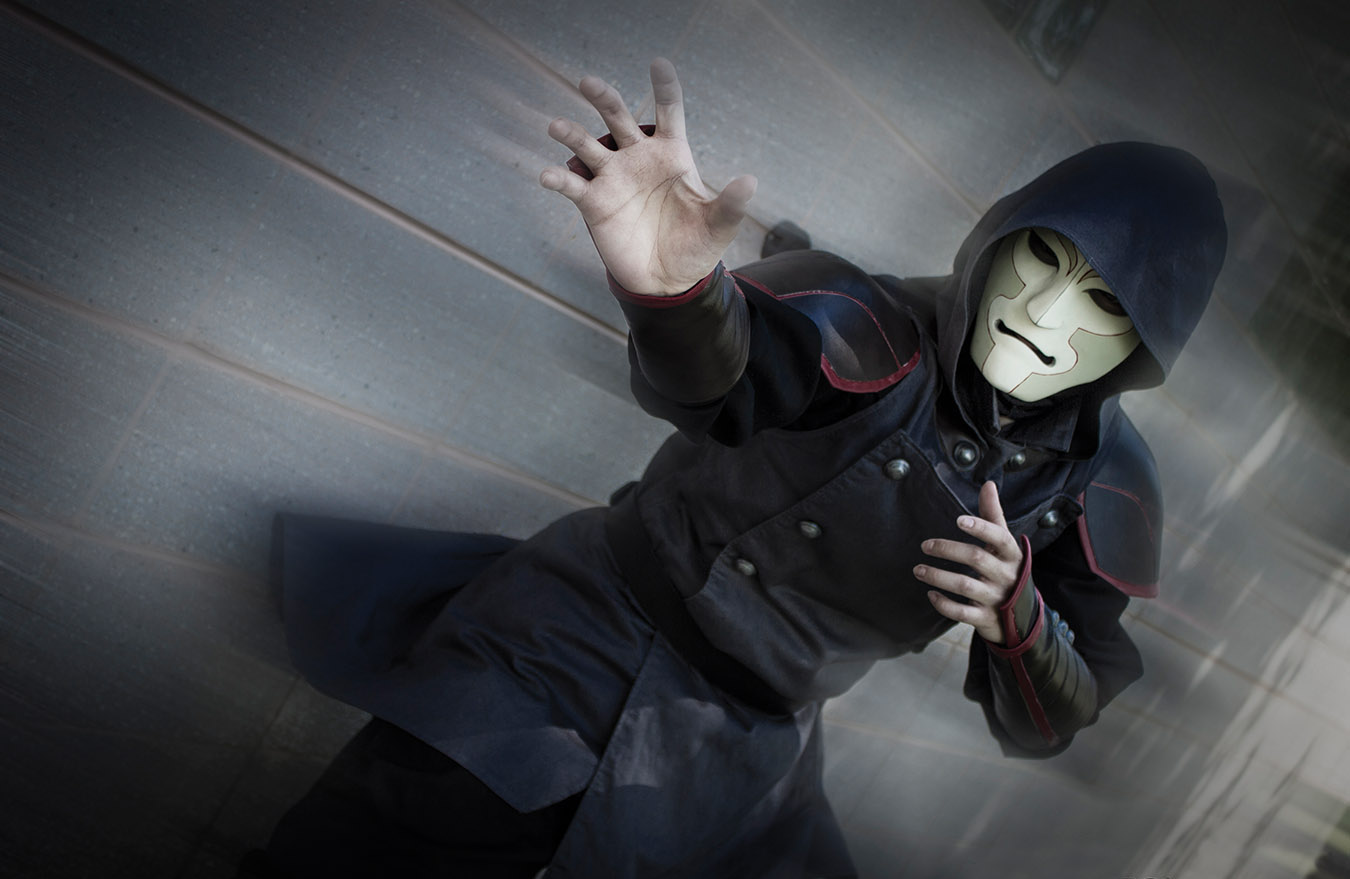 Today’s cosplayer is a lifer. She’s been part of the community for over ten years, and has made some amazing costumes. Most recently seen at PAXEast as Eileen the Crow from the video game Bloodborne, here’s Tina to tell us a little more about herself, how she got into cosplay, and just why she’s loved it enough to keep doing it all these years! 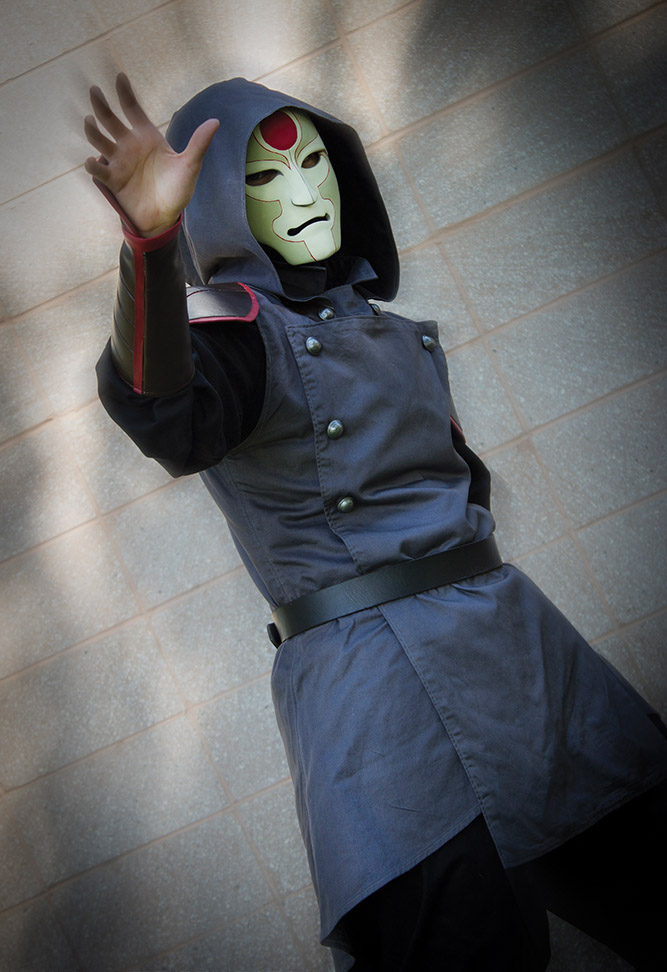 Could you tell us your name and a little bit about yourself?
My name is Tina, I go by Pork Buns or TurnOnRed, and I’m from New Jersey. I’ve been cosplaying for more than 10 years, longer than I’ve been a graphic designer. I have 2 cats named Pierogi & Samosa whose fur perpetually adorns my costumes. 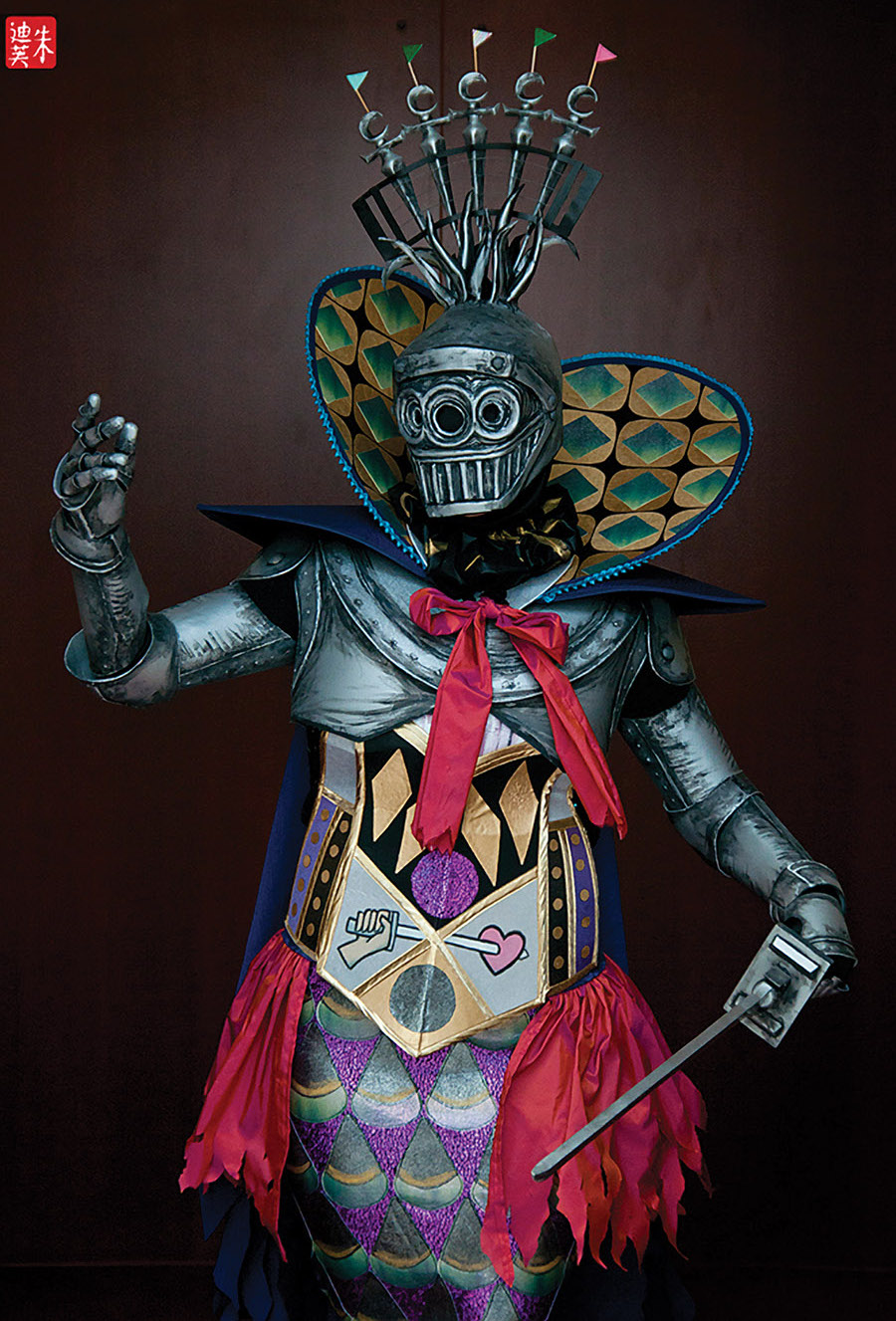 When did you start cosplaying, and what got you started with the hobby?
I first cosplayed at Otakon 2004. I had attended Big Apple Anime Fest the year before with my friends, Nicole and Morgan, who had both cosplayed costumes they made from scratch, and they had a blast, so I was inspired to do it myself. Halloween had always been my favorite holiday growing up, and I always tried to add more oomph to my costumes (adding accessories and trim, trying to add more gruesome makeup)—cosplay seemed a natural progression of that childhood pursuit.

What was your first costume?
The first costume I wore was Riku from Kingdom Hearts 2, using a replica Organization XIII coat I bought from Abbyshot, with a keyblade that Morgan’s dad made. The first one I made, with tons of sewing help from my friend Cristie, was Itachi from Naruto. My mom even helped me hand-stitch the cloud appliques. Nicole was the first person to take photos of my costumes starting with Riku and she still photographs my work (our most recent collaboration being Bloodborne). 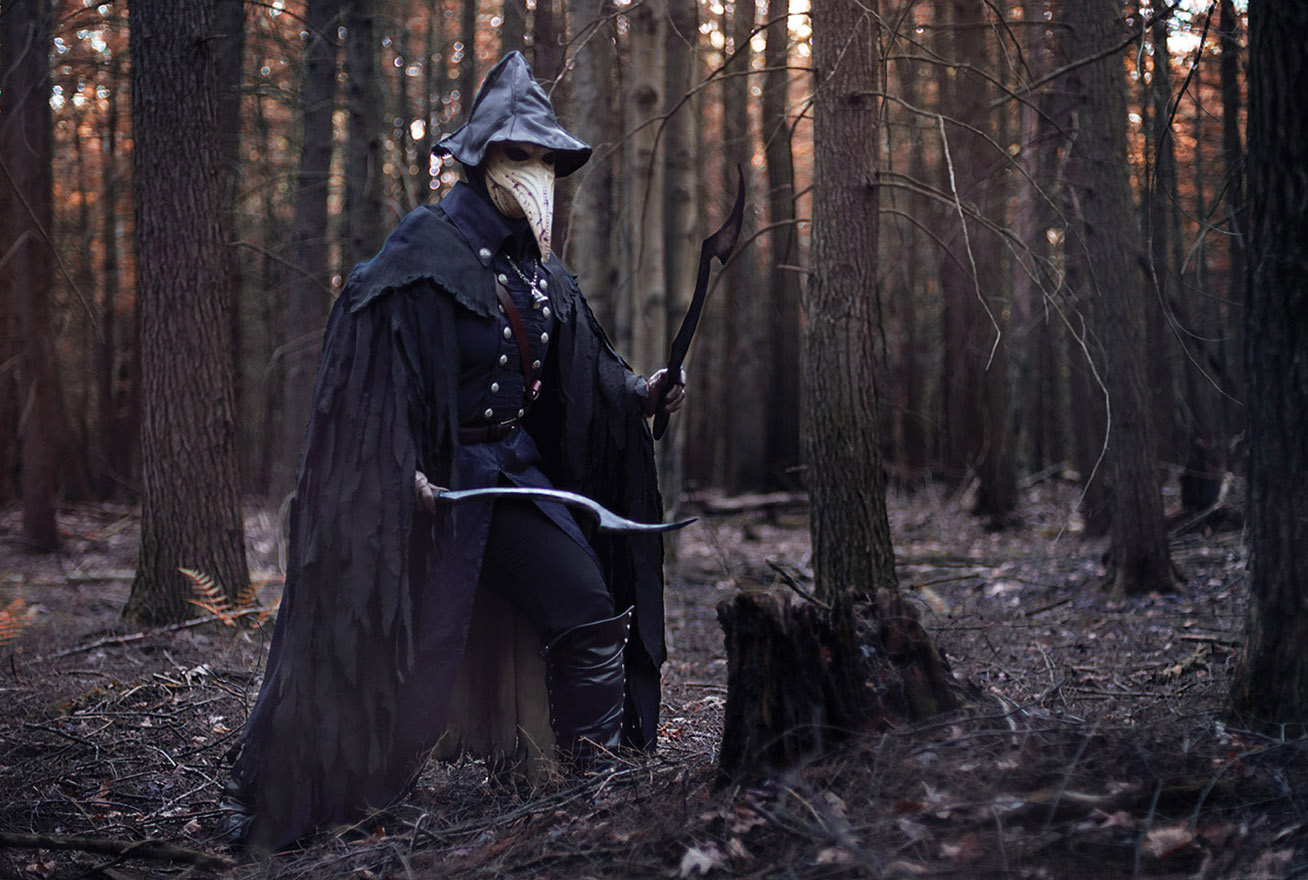 When looking for your next costume, what really draws you to a character or design?
My tastes have changed over the years; while it’s initially if I enjoy a character or not, design plays a huge part in whether I cosplay it or not. I’m a big fan of textures and being able to combine making a costume with my ability to paint and draw, so I go for very visceral designs with less defined characteristics (such as the work of Yoshitaka Amano or any of the witches from the beautiful Terry Gilliam-esque sequences of Madoka Magica). I got addicted to masked characters early on as well, partially motivated by the mystery, and partially by laziness at applying/wearing makeup and having to express the proper emotion on my face. Plus, my ability to get into and out of a costume is drastically shortened with a masked cosplay. 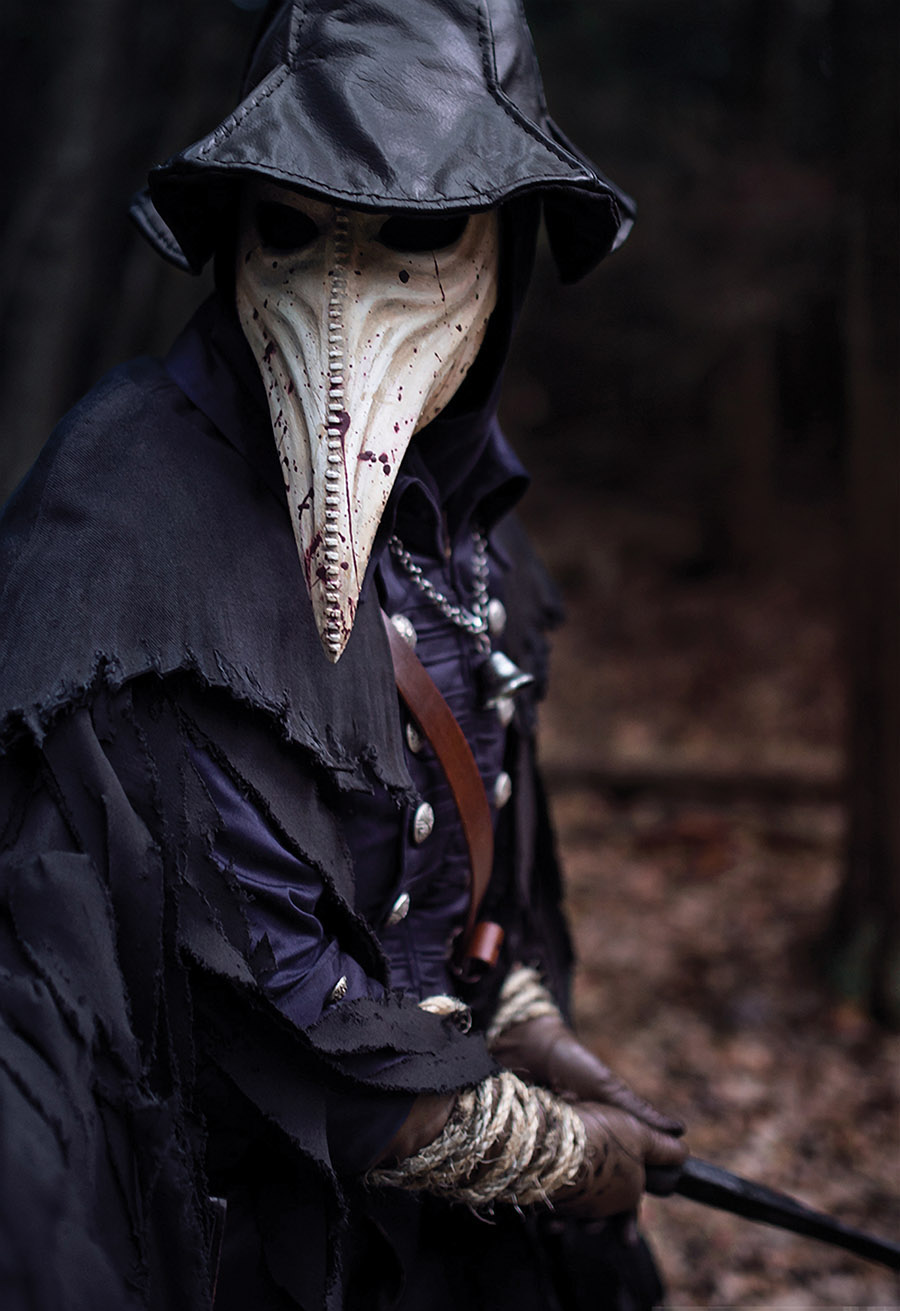 You did an amazing Eileen the Crow from Bloodborne; are you a big gamer?
I am! But I admit to being pretty terrible at the FromSoftware [the developer of the Dark Souls and Bloodborne] games and not having the time to play them. My fiancé is a glutton for punishment, he’s currently doing a “fists build” for his run of Dark Souls 3, so I usually watch him play those games while sewing or freelancing. I am honestly incompetent at most games (you should have seen me play Majora’s Mask, I was an expert at flailing) except for FPS’s and maybe the Smash and Mario Kart games. I used to do Halo tournaments once upon a time. I’m currently playing Super Metroid (for the first time!) and waiting with bated breath for Dishonored 2.

What’s your favorite game? Any plans to make a costume from it, or have you already done that?
My favorite game of all time is Soul Reaver, but I’m afraid I don’t have the emaciated-corpse build for the main character. I already cosplayed the main character from Shadow of the Colossus, which is my second favorite game! My current favorite soon-to-be-series is Dishonored; besides Corvo, who I’ve already done, I want to do Delilah from the DLC. I’ll probably end up doing something from the upcoming sequel for Dishonored as well. 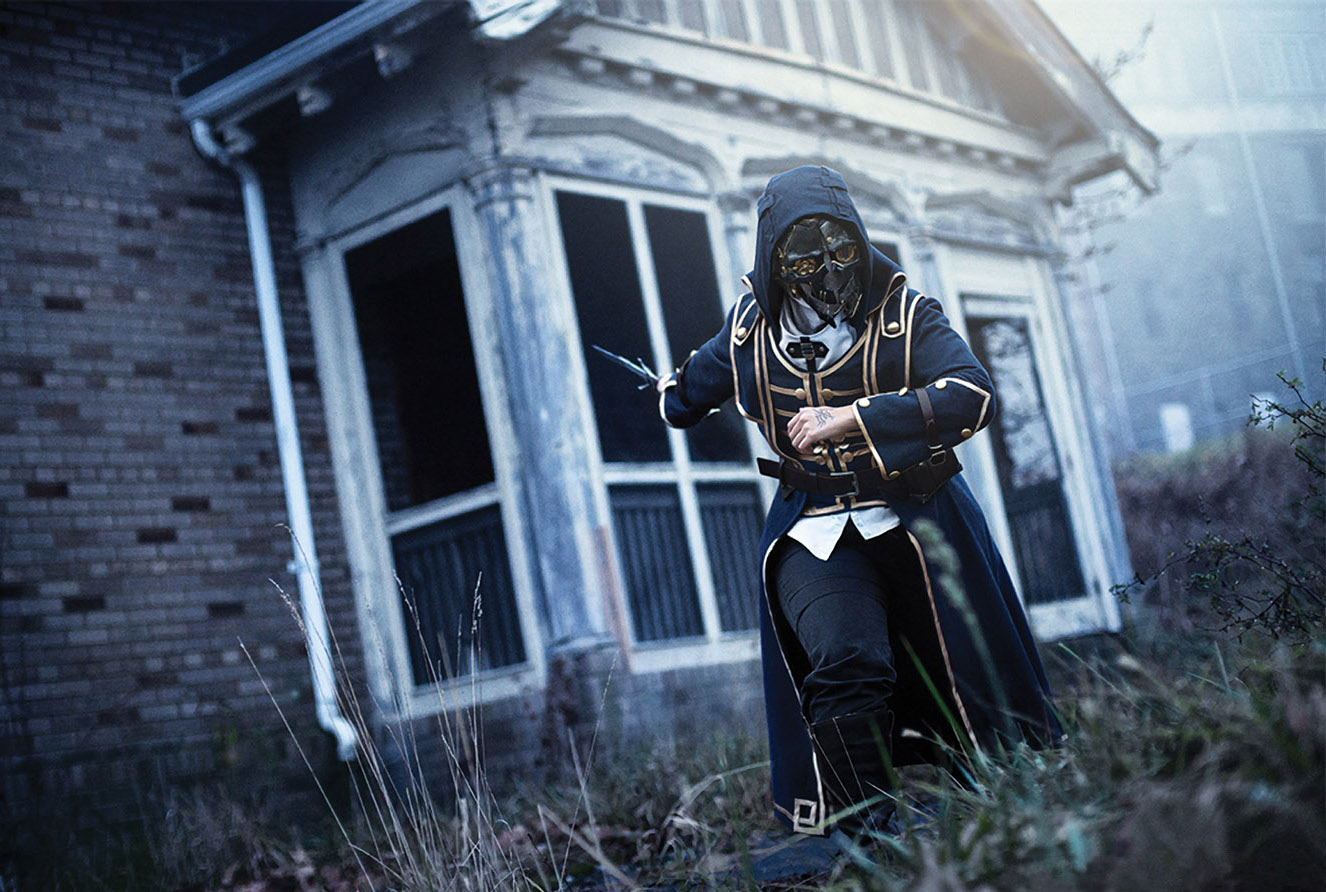 What is your favorite costume that you’ve made so far, and why?
I have a lot of favorite costumes, and this might be because it’s the most recent, but Eileen was a blast to make (at least before I had to pull an all-nighter to finish the “feather” cape). I try to learn a new technique for every new costume, and for Eileen I decided to pick up leather-working, which is very fulfilling in the techniques you have to use to get the results you need (the results of your efforts are immediate, as opposed to sewing a coat from a pattern). There’s also something sad but satisfying about making something nice and then destroying it by ripping, tearing, and staining it. 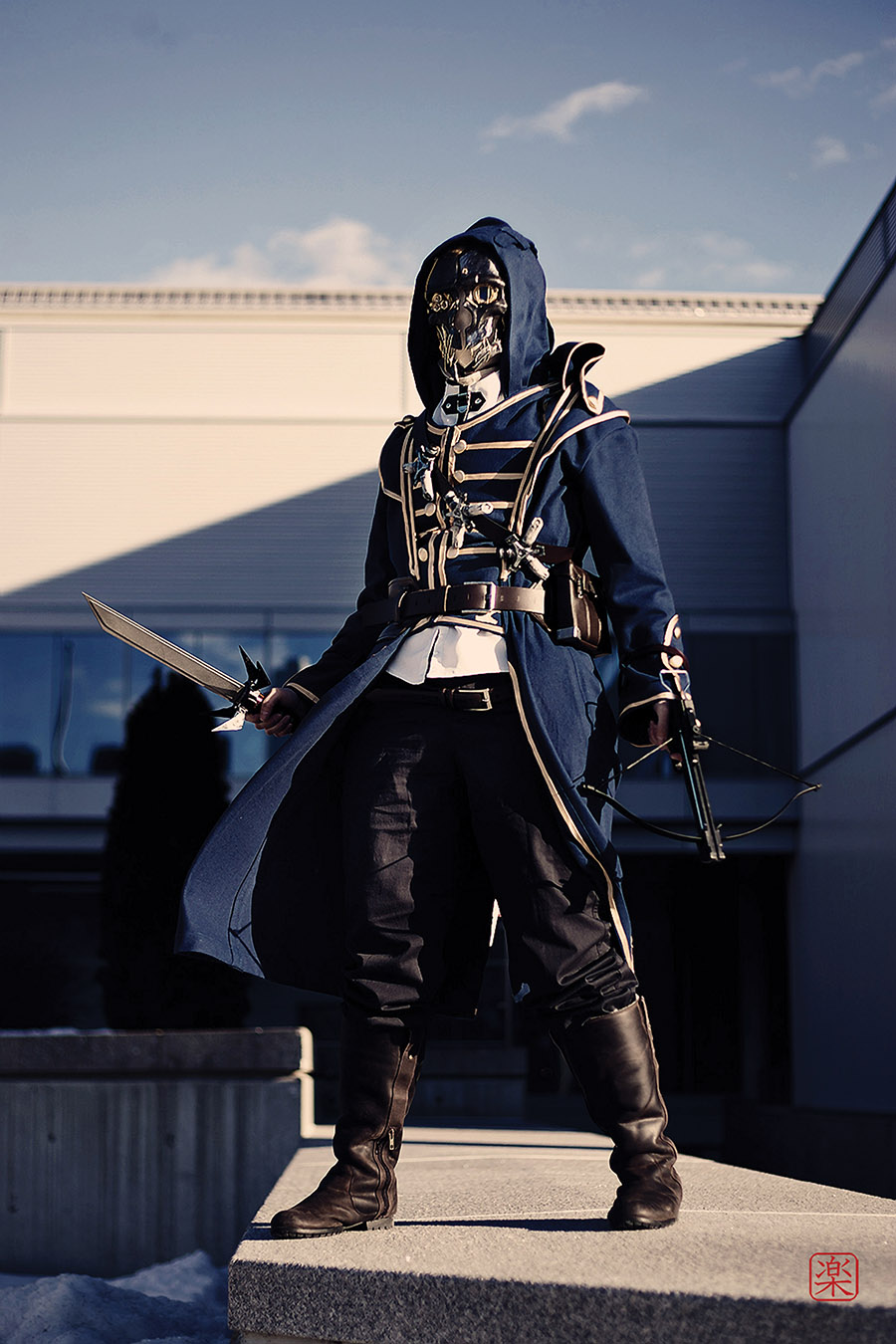 You’ve made some really cool props; do you sew as well?
I primarily sew! I haven’t been really proficient at it until recently (I should hope so for all the practice and advice I got over the years). It took me maybe 5 years to learn to sew a collar that actually stood up (spoilers: I was sewing it upside down). I only learned to read and use a pattern in the last 2 years, I had been freehanding it up until then. And forget hand-sewing, I only learned to do it well in the last year. Small prop work was easy for me to pick up since I am a structural thinker (I did a lot of clay and designed lots of packaging). For bigger props, I usually rely on my fiancé (a former contractor) to build me the structure after brainstorming on construction and I finish it. We finished the Blades of Mercy together for my Eileen costume. He recently made a Garnet Rod that broke apart into 3 pieces for my friend, Krys.

Are there any resources out there you’d recommend for people really wanting to try their hand at armor-building or prop-making?
There’s so many resources today! I really enjoy the Foamsmithing books by Punished Props, it’s budget-conscious and the material is so flexible for any sort of application. Volpin, WM Armory, and some other cosplayers now have eBooks that cover fabrication and finishing. My personal resources are the tutorials and personal help you can get from smooth-on.com. They make a lot of amazing products for molding and casting and I swear by them for every project. 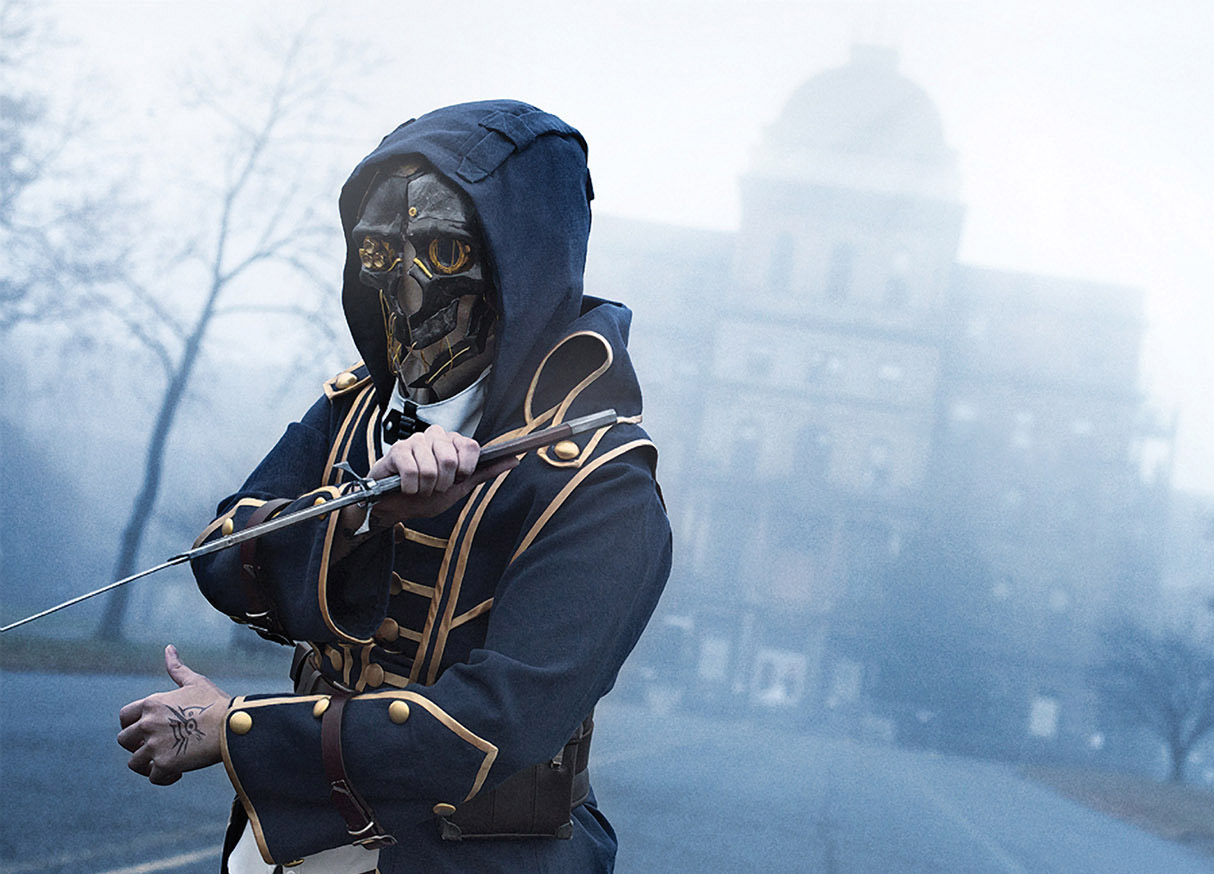 What is the one thing you wish someone had told you when you first started cosplaying?
Nothing, really; I’ve learned a lot while doing this hobby and made a lot of good friends and a lot of what I learned takes time, from sewing to understanding how to have fun. I haven’t been the best with balancing priorities or reducing my stress level come convention season, but everyone has their own level of dedication.

Any words, then, for new cosplayers?
My advice to new cosplayers is, don’t sweat how people approach or enjoy the hobby, just focus on how you can make it worthwhile for yourself.